Metallurg won the big game of the day, defeating Ak Bars in Kazan to record a 12th successive victory and increase its lead at the top of the KHL standings. Lokomotiv bounced back from its defeat at SKA, comfortably beating Severstal with Boucher and Shalunov on the scoresheet. Traktor’s goalie Roman Will had a busy evening in Khabarovsk, but blanked Amur.

Amur’s three-game winning streak came to an end as Roman Will produced 51 saves to deny the Tigers on home ice. That moved Traktor to three straight victories and moves the Chelyabinsk team up to second in the Eastern Conference standings.

The home team made a fast start to the game, dominating the first period and leading the shot count 19-5 at the first intermission. Amur’s progress was aided by a huge 33 minutes of penalties for Traktor: Nick Bailen’s ejection late in the frame for a hit to the head of Michal Jordan accounted for most of them, but the Tigers had four other PP opportunities.

However, the only goal came from the Traktor penalty kill. Just a few seconds before Bailen found himself in hot water, Tomas Hyka led a breakout from his own zone and twice created shooting chances for Lukas Sedlak. Evgeny Alikin stopped the first but could do nothing about the second. The visitor took an unlikely lead into the intermission.

The rest of the game continued with Amur dominating play but failing to get past Will. The second period was slightly more evenly matched, helped by two home penalties which gave the visiting defense some relief. But the third, once again, was largely a procession towards Will’s net, punctuated by another Traktor goal at the other end. This one came on the power play with Nikita Tertyshny stuffing the puck home from close range amid a scramble in front of the net. That was the end of the scoring, with Traktor relying on rock-solid goaltending to snatch the win.

Clashes between these two Eastern Conference heavyweights are always special, but today’s match-up had a little bit more to it. The visitor arrived in Kazan on an 11-game winning streak and was looking to establish an early stranglehold on top spot in the KHL standings. Ak Bars, by contrast, went down in overtime against Dinamo Minsk last time out and has yet to produce the kind of form hoped for this season, despite lying fourth in the table.

An early penalty on Magnitka’s Linus Hultstrom gave Ak Bars the early initiative. However, at even strength Metallurg was visibly stronger and only some weak finishing let down the visitor. Late in the frame, though, Ak Bars was rewarded for its patience when Artyom Galimov’s line executed a fluent three-man break and Dmitry Kagarlitsky opened the scoring. 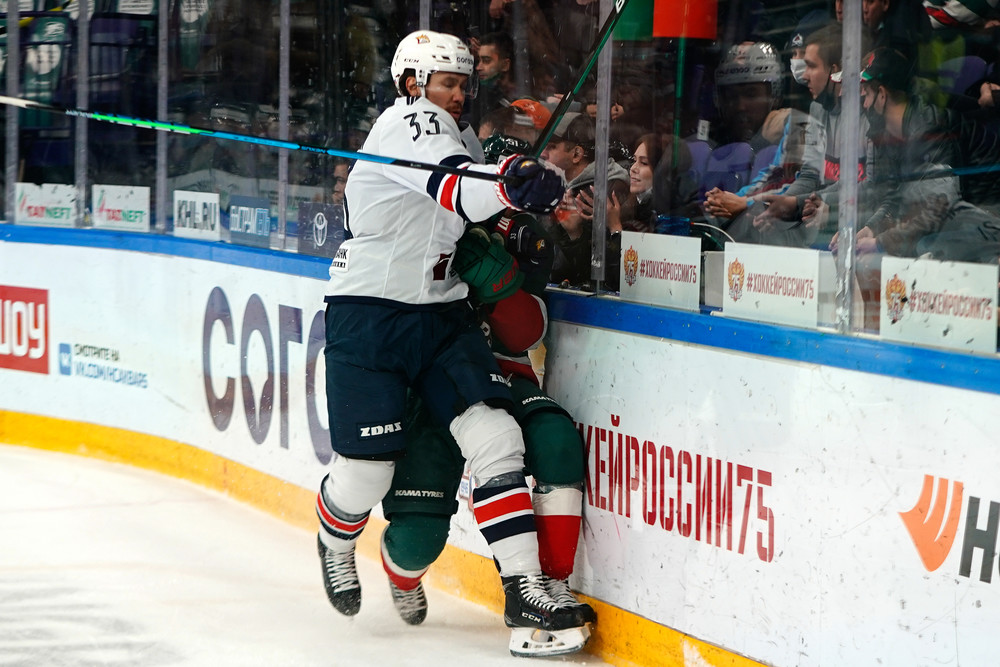 Metallurg hit back in the second period, tying the scores midway through the game thanks to Brendan Leipsic. Then came a great chance for Jordan Weal, who did everything right on a mazy tour around the Metallurg zone only to hit the crossbar with his shot. That was punished a few minutes later when Anatoly Nikontsev made it 2-1, scoring on Timur Bilyalov at the second attempt.

In the third, Ak Bars reverted to its counter-attacking game but ran into some disciplined game management from Magnitka. And, as the clock ticked down, the home team tried to raise the tempo only to be thwarted by a penalty on Kristian Khenkel for delaying the game. After that, an empty net goal from Denis Zernov sealed the outcome and Metallurg had its 12th successive victory.

Lokomotiv fired five goals past Severstal, releasing some of the frustrations from its failure to score in St. Petersburg in its previous game. Igor Nikitin’s team inflicted a third successive defeat on the Steelmen, while improving its own record to four wins from five since the new man took over behind the bench.

The Railwaymen got ahead in the eighth minute with a short-handed goal. As a Severstal attack broke down, Pavel Kraskovsky raced down the ice before setting up Yegor Averin to open the scoring. Within a minute, it was 2-0, and morale-boosting combination from the star summer signings. Reid Boucher won the puck in his own zone and released Maxim Shalunov, who did the rest himself. 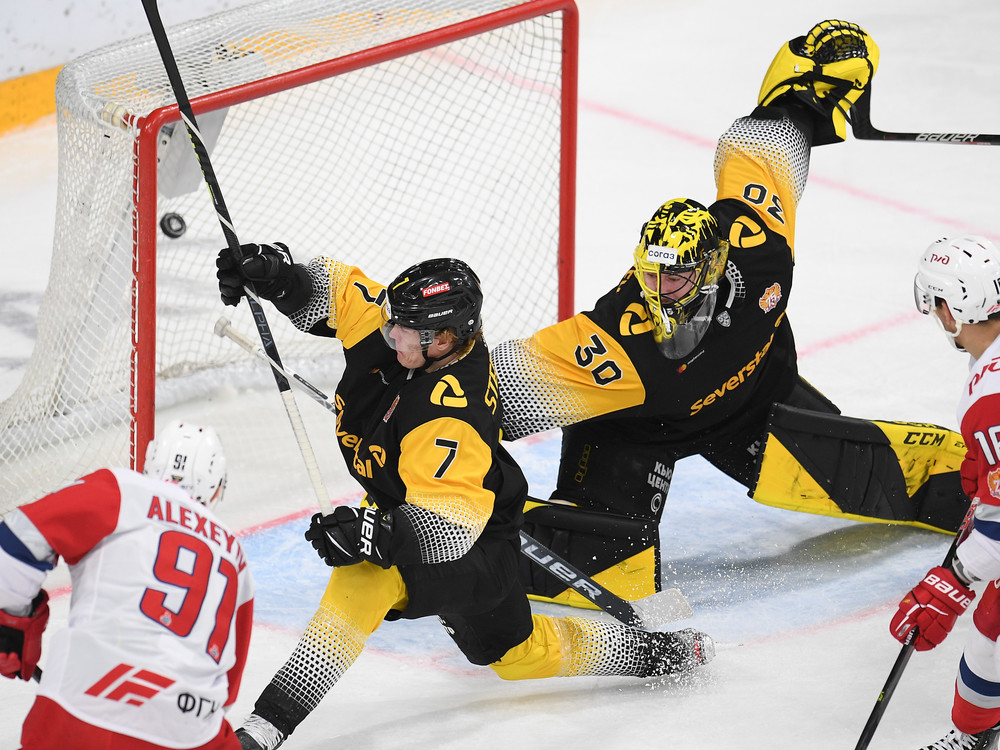 The contribution of those two high profile captures has prompted plenty of debate in the opening weeks of the season, but it wasn’t long before Boucher was adding to the scoring at the start of the second period. This was a predator’s strike, pouncing on the rebound after Nikita Cherepanov’s shot was saved, and it made the score 3-1 after a David Dumbadze short-handed goal briefly offered Severstal a route back into the game. Firmly on top, Loko added a fourth when Denis Alexeyev struck on the power play.

By this stage, Loko was in complete control. Artur Kayumov added fifth midway through the third period.

Dinamo Minsk recorded a fifth straight victory, edging Neftekhimik in a seven-goal thriller to get a repeat of its scoreline at Ak Bars two days ago.

If Dinamo’s win in Kazan relied on its Swedish imports, today’s trip to Nizhnekamsk saw homegrown talent to the fore. Ilya Usov opened the scoring in the third minute and Ilya Shinkevich doubled the advantage midway through the opening frame.

However, Neftekhimik hit back with a power play goal from Yegor Popov late in the first period. In the middle stanza, the home team tied the scores through defenseman Lukas Klok to throw the game wide open. However, in the final minute of the stanza, Vladimir Alistrov, another of Dinamo’s prospects, restored the visitor’s lead.

That lead was short-lived, though. Just 50 seconds into the third period, Marat Khairullin tied it up once again. But neither team could win it in the extras and Dinamo took the verdict thanks to an overtime effort from Mario Kempe.