The game of the day saw Traktor edge defending champion Avangard 4-3 in Chelyabinsk to remain in touch with the Eastern Conference leaders. Elsewhere, Admiral got only its second victory of the season at home to Torpedo, and Kunlun Red Star claimed its fourth ‘W’ after edging Vityaz.

Admiral picked up only its second win of the season as Torpedo continues to struggle in the Far East.

Maybe it was long journey that upset the visitor, but in the first period little was seen of the team from Nizhny Novgorod. Admiral had slightly the better of the play, but clear-cut chances were at a premium at both ends.

In the middle frame, the visitor improved. Kenny Agostino, Ivan Chekhovich and Damir Zhafyarov livened up and home goalie Nikita Serebryakov found his afternoon getting busier.

However, the opening goal had to wait until the third period when Admiral broke the deadlock through Dinar Khamidullin’s slapshot. The defenseman registered his first KHL goal in five-and-a-half years, and only his second altogether. Maybe the excitement of a long-awaited goal contributed to Khamidullin joining Dmitry Sayustov in the sin bin, giving Torpedo a 5-on-3 advantage that saw Theodor Lennstrom tie the scores. However, the home team responded to get the win: Artyom Manukyan surged into the zone and set up Artyom Gareyev for the decider as Admiral got only its second win of the season.

Is the balance of power in the Eastern Conference shifting a little? Last season’s champion, Avangard, can no longer rely on having things its own way; Bob Hartley’s team is down in sixth place and enduring a bumpy run of five losses in eight games. Meanwhile, a Traktor team praised for its summer recruitment shows signs of living up to that potential. Today’s win snapped a two-game skid on the road and puts Anvar Gatiyatullin’s men just two points behind the leaders, Metallurg and Salavat Yulaev.

Traktor’s special teams made all the difference in the first period. The home PK twice denied Avangard, while its power play scored two from three at the other end. Midway through the session, Alexei Byvaltsev opened the scoring with a redirect on a Nick Bailen shot and, late in the stanza, the defenseman set up Teemu Pulkkinen for the second. 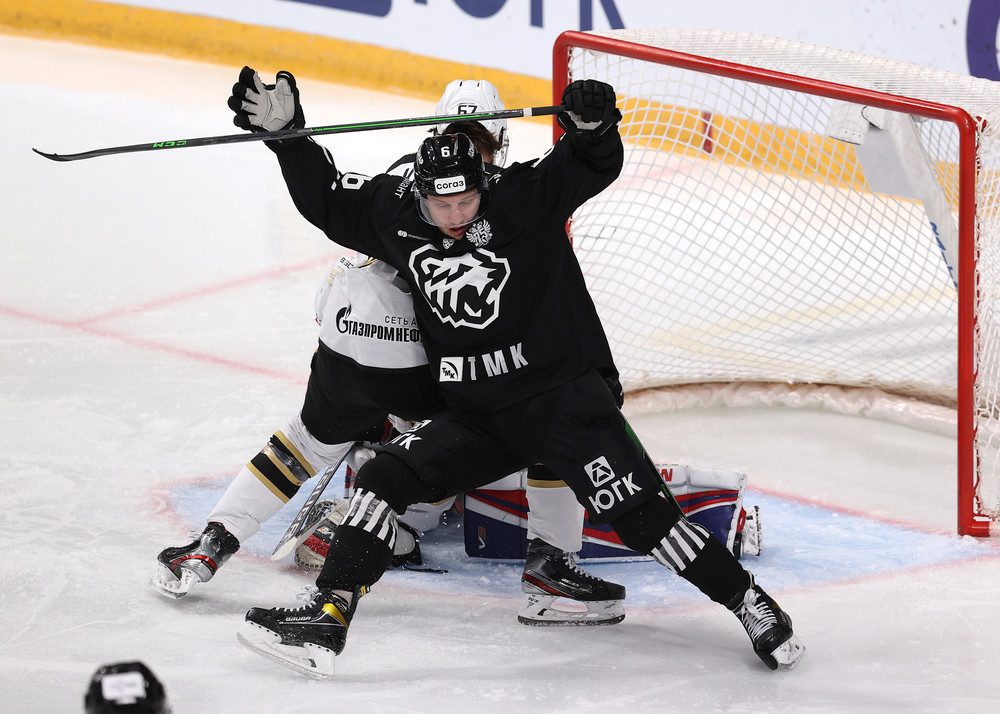 However, Hartley and his coaches found the right response during the intermission. Avangard came flying out in the second period and swiftly turned the game around. Young Arseny Gritsyuk got the assist as Corban Knight reduced the deficit. Knight’s productive streak now runs to six games. It wasn’t long before Alexei Bereglazov fired the Hawks level, and forced Traktor to take a time-out.

Whatever was said in that 30-second pause made an impact: Traktor got back to its first-period game and rebuilt a two-goal lead on markers from Vyacheslav Osnovin and Kirill Kapustin. For both players, it was their first goal of the season.

That wasn’t enough to kill the game, however. Home goalie Emil Garipov’s blunder when he emerged from his net presented Sergei Tolchinsky with the puck and he set up Nail Yakupov for his 100th point in the KHL. However, the home team withstood Avangard’s pressure in the closing stages to secure an important win.

This game pitted a struggler from the Eastern Conference against a team trying to get into playoff contention in the West. Both arrived on the back of a loss, but Red Star could take some comfort from a battling 3-5 reverse against high-flying Dynamo while Vityaz dropped to a 1-4 defeat at the hands of Lokomotiv.

Neither team could find a way through in the first period. Vityaz, helped by two power plays, had more of the attacking play but Alexander Lazushin dealt with everything that came his way. Early in the second, two more Red Star penalties brought the first two goals of the game. However, it was the home team that opened the scoring on a short-handed effort from Parker Foo. Four minutes later, Alexander Yaremchuk tied it up with a power play goal for Vityaz, but Foo struck again to restore the home lead, assisted by his brother Spencer. Parker Foo scored two goals last season; today he managed two in eight minutes. 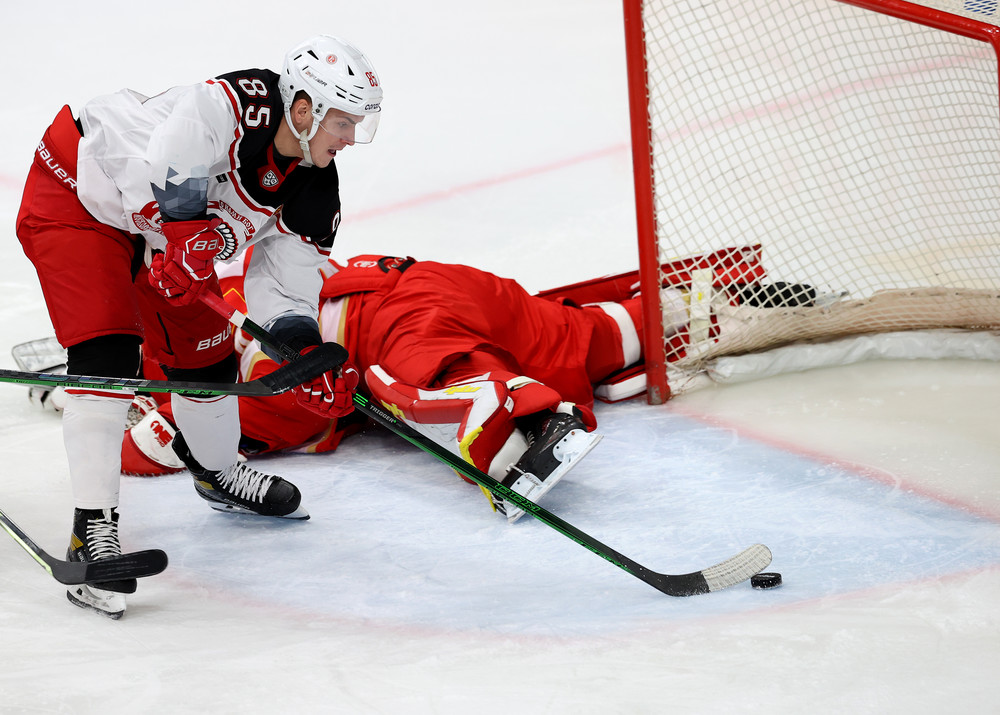 The Dragons held the lead at the second intermission, but penalty trouble proved costly once again. Niko Ojamaki tied the scores early in the third with another power play goal. That took the Finn to 11 markers for the season, six of them in the last four games, but wasn’t enough to save Vityaz. Instead, Spencer Foo made it 3-2 with six minutes to play, before Parker set up a last-minute power play goal for Luke Lockhart to complete a good day for his family and his team.