Five points from Vadim Shipachyov saw Dynamo get the bragging rights in its game against Spartak. Kunlun Red Star moved off the foot of the KHL standings with a 3-1 win over Admiral.

Dynamo’s Vadim Shipachyov produced five points to lead his team to victory in an absorbing Moscow derby. He potted the opening goal and assisted on four of the Blue-and-Whites’ five other tallies as Alexei Kudashov’s team bounced back from its first loss of the season in fine style.

This was a derby game that took time to warm up. The first period was sluggish, with neither team able to create much by of offense. And it remained goalless until midway through the second frame — after which the brakes came off.

It started with a Dynamo power play and a Rob Klinkhammer goal ruled out for offside. But Spartak soon took another penalty and this time Shipachyov scored a legitimate marker from the tightest of angles. That extends the Dynamo captain’s productive start to this season to 10 games. However, the response was almost immediate: a Spartak power play saw Jake Virtanen claim his first KHL goal after seeing his shot deflect into the net via Slava Voynov. Next came an equal-strength goal from Andrei Pedan to restore Dynamo’s advantage as Shipachyov got another assist. 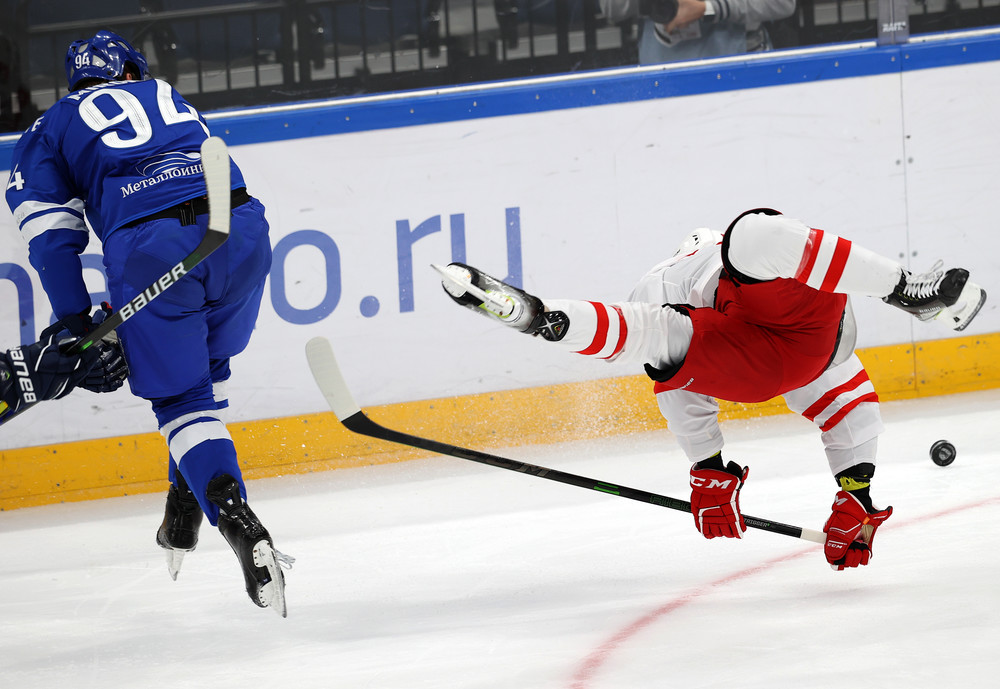 Once again, though, the officials handed out a penalty and Spartak grabbed another PP goal as Dmitry Vishnevsky tied the scores against his former club. But there was still time for young Dmitry Rashevsky to complete a remarkable passage of five goals in little over seven second period minutes and give Dynamo the lead at the second intermission.

There was something of a lull at the start of the third period, but when Dynamo’s Vladislav Yefremov bundled the puck over the line following Nikolai Chebykin’s shot against the post, he triggered another goal flurry. True, he had to wait for a video review to confirm his effort, which was initially under question due to bouncing off his leg. In response, Vishnevsky’s long pass released Ivan Drozdov to make it 4-3 before, a minute later, Shipachyov set up Stanislav Galiyev to restore the home team’s two-goal lead. Late on, Rashevsky’s second of the game sealed Dynamo’s victory and saw Shipachyov move to 1+4 for another impressive evening’s work.

The win moves Dynamo to 18 points, tied with Jokerit, Salavat Yulaev and Metallurg at the top of the overall KHL standings. Shipachyov remains out in front among the scorers with 24 (9+15) points, while Rashevsky goes to eight goals and shares fourth place in the league with Anton Burdasov of SKA.

Red Star got its third win of the season, moving off the foot of the KHL standings with a comfortable success at home to Admiral. For the Sailors, though, yet another loss leaves the team tied with Amur on five points at the foot of the table.

The home team made a good start to the game and even when on the penalty kill it posed a goal threat. Parker Foo dinged a shot off the outside of the post on a breakaway midway through the frame, and shortly after getting back to full strength the Dragons took the lead. Alex Riche stole the puck on the Admiral blue line and circled the net before scoring on the wraparound after Nikita Serebryakov dropped his stick. Late in the session, Luke Lockhart extended that lead with a power play goal, taking him to four for the season. 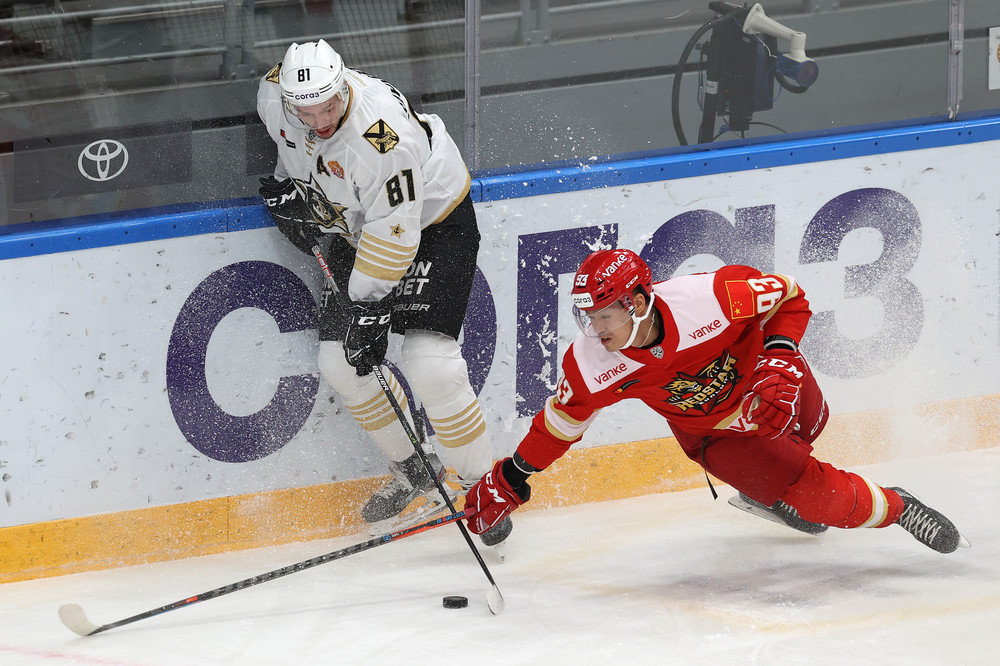 Kunlun had not previously enjoyed such a commanding lead in a game and was able to play the second period in ‘game management’ mode as Admiral struggled to get back into contention. Late in the frame, Red Star extended the lead when Riche set up Cory Kane for a one-timer after chasing down a Josh Nicholls shot that went to the back boards.

The visitor got a consolation goal midway through the third period when Dmitry Lugin redirected a Josh Kestner shot past Jeremy Smith to deny the Red Star goalie a shut-out on his return to the starting line-up.