Ak Bars stretched its winning streak to five games as Dmitry Kvartalnov’s team moves closer to its best. The win consolidates the home team’s grip on fourth place in the East, opening a three-point gap over Avtomobilist. More encouragingly, today’s victory was the first by a two-goal margin in the team’s current run.

Spartak handed a debut to Jake Virtanen, who arrived in Russia last week but was not selected for the overtime win at Neftekhimik in the previous game. He joined Sergei Shirokov and Jori Lehtera on the first line and played 14 minutes, with one shot on goal. 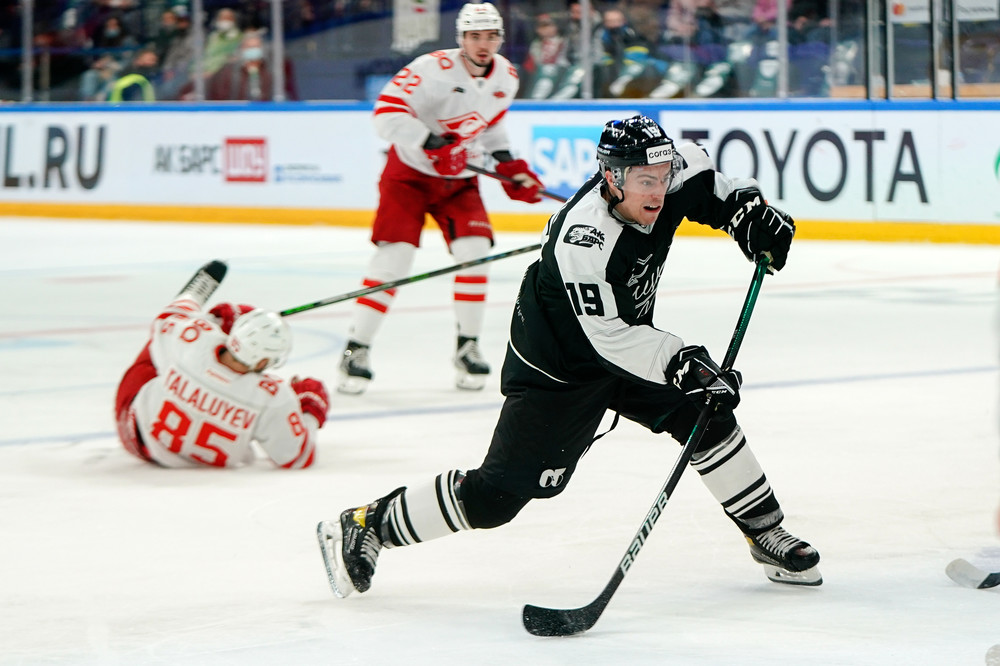 The home team looked to make a fast start but was almost caught out at the other end when Lehtera forced Timur Bilyalov into a save that’s sure to feature in the highlight reels. In response, Ilya Safonov opened the scoring with another play-of-the-week contender, winning the puck on his own blue line and charging deep into Spartak territory before beating Oscar Dansk short side. However, the visitor tied the game midway through the first period when another youngster, Alexander Nikishin, found the net.

Ak Bars began the second period on the power play but was unable to find a way past Dansk until late in the stanza. In the end, Par Lindholm’s line fashioned the breakthrough, creating a shooting lane for Kirill Petrov to find an open net. In the final session, Spartak poured forward and fired in shots at every opportunity, hoping to generate some puck luck in front of Bilyalov. But the home defense held firm and Artyom Galimov added a third in the 53rd minute to make sure of the result.

The Neftekhimik power play made all the difference in this game. Three of the four goals came when Admiral was trying to kill penalties and that left the Sailors with too much to do.

The opener came in the sixth minute when Bulat Shafigullin converted the first PP of the afternoon. Then Andrei Chivilyov extended that advantage right at the start of the second period, and yet another Admiral penalty saw Pavel Poryadin pull out a great pass to set up Timur Khafizov for 3-0. 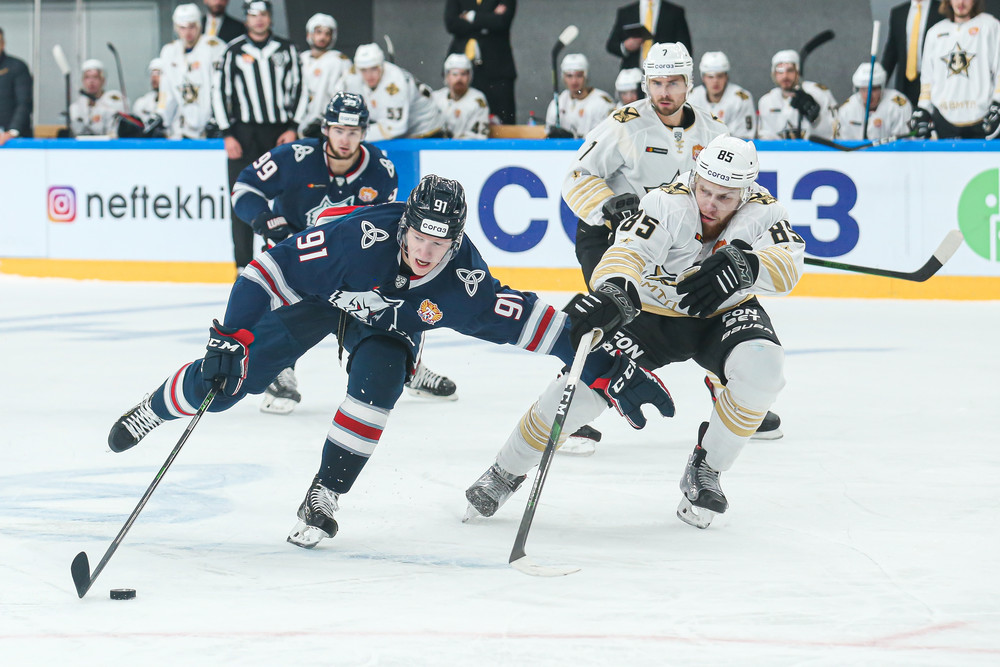 In the third, Rafael Bikmullin added a fourth, this time with the teams at equal strength, as the host wrapped up a convincing win. Neftekhimik climbs to sixth in the Eastern Conference, Admiral remains 10th, two points ahead of its next opponent Kunlun Red Star.