Both Friday’s games went to overtime in Tatarstan. Ak Bars needed a shoot-out to get the better of Admiral following a 1-1 tie, and Spartak’s Maxim Tsyplakov snapped a 2-2 scoreline to give the Muscovites the win.

Ak Bars posted its fourth consecutive victory and climbs to fourth place in the Eastern Conference standings. However, a shoot-out success over Admiral, secured when Alexander Burmistrov and Nikolai Kovalenko beat Nikita Serebryakov in the extras, does not offer answer to all the questions posed by the uneven start to the season in Kazan.

Admiral arrived in Tatarstan with just one win this season and suffered a 0-5 loss at home to Metallurg in its previous game. But the visitor certainly held its own in a hard-fought first period and even had the puck in the home net inside two minutes. Mikhail Kotlyarevsky surged into the danger zone and fired a shot that rebounded off the back boards before a deflection took it over the line, but the home bench raised a challenge about offside earlier in the play and the video review ruled out the goal. However, Admiral kept battling away and twice had chances on the power play in a goalless opening session.

However, when Ak Bars got on the power play for the first time in the evening, it didn’t take long for Par Lindholm to make the breakthrough. Burmistrov and Kagarlitsky’s swift passing was too much for the home defense and the Swede was on the spot to take advantage. 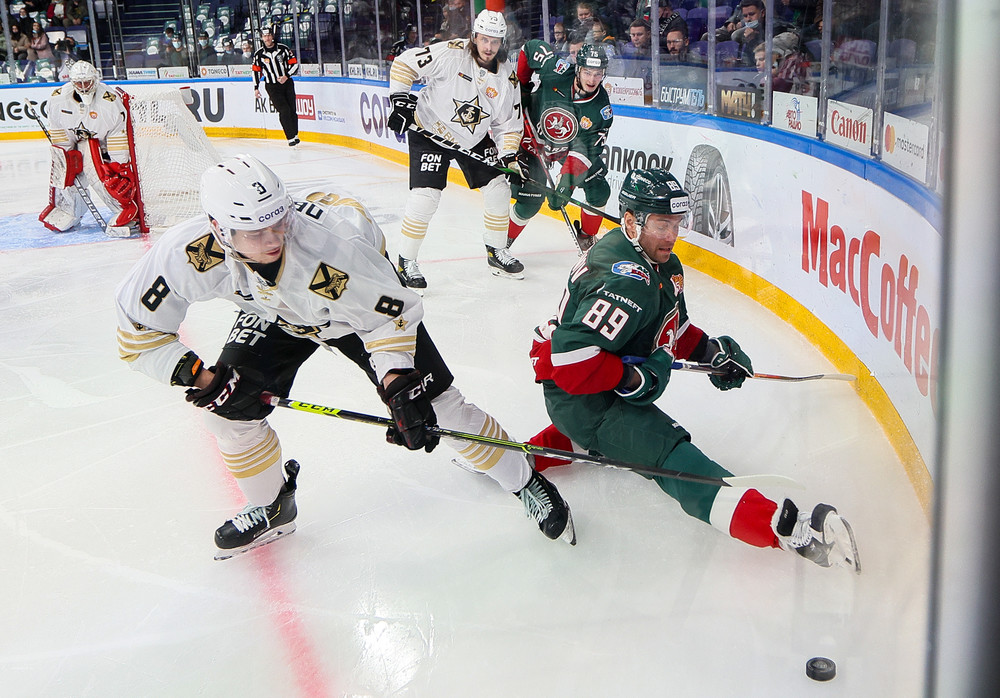 The home side was still hamstrung by penalties, though, and towards the end of the session, Admiral had a 4-on-3 power play and got the tying goal. Libor Sulak’s long-range efforts caused discomfort for the home defense and eventually the puck bounced kindly for the visitor. Dmitry Sayustov reacted fastest to tuck away the rebound late in the second period.

The third period could not separate the teams and overtime began with Admiral, once again, on the power play after Daniil Tarasov was called for high sticks right at the end of regulation time. However, Ak Bars held on and went on to have the better chances in the extra period, with Artyom Lukoyanov and Steven Kampfer both testing Ivan Nalimov.

Starting goalie Nalimov was withdrawn at the end of the game to give shoot-out specialist Serebryakov his chance. However, that tactic did not pay off; Ak Bars scored twice while Admiral was unable to find a way past Timur Bilyalov at the other end.

Both teams were looking to bounce back from shut-out losses in their previous games. The head coaches extensively reshuffled their attacking options, and also recalled their import goalies, Frans Tuohimaa for Neftekhimik and Oscar Dansk for Spartak.

Tuohimaa was the first to concede, beaten in the eighth minute when Spartak defenseman Alexander Bryntsev advanced from the deep to shoot home. Neftekhimik responded with an unconventional effort when Evgeny Mityakin batted home Ansel Galimov’s lofted pass, but a video review found that his stick was higher than the goal frame and Spartak held its lead until the intermission. 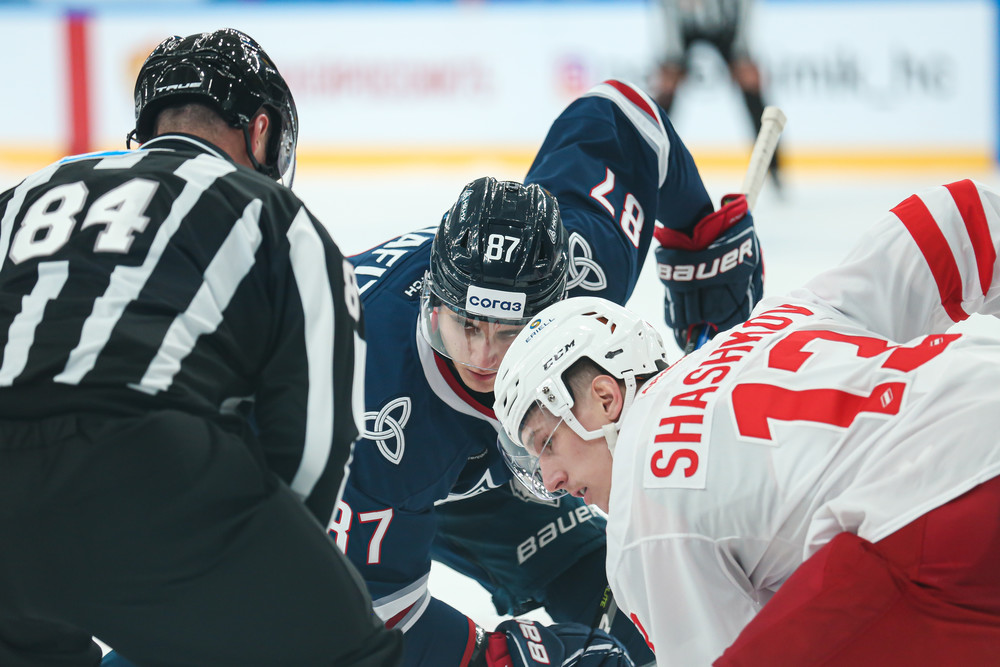 After the break, Spartak extended its lead with in-form Ilya Talaluyev finding the net again. Last week, the 23-year-old scored twice on CSKA; today he moved to three in five games to make it 2-0. That was followed by more than seven minutes of unbroken play, at the end of which Neftekhimik found the net at last. Much of that play was spent in the home zone, but a breakaway saw Rafael Bikmullin halve the deficit in the 35th minute. And late in the frame, Lukas Klok tied the game with a power play goal.

The third period was goalless and it looked like overtime would be the same until Maxim Tsyplakov potted the winner with 31 seconds left. Spartak tightens its grip on fifth place in the West, Neftekhimik remains seventh in the East.