A two-goal show from Philippe Maillet, plus 32 saves from Juho Olkinuora, equals a 4-0 win for Metallurg over Neftekhimik. Earlier in the day, Severstal took a 4-2 verdict at Sibir.

Sibir’s opening home game of the season was introduced by the city’s governor, Andrei Travnikov, who grew up in Cherepovets and first fell in love with hockey watching Severstal. And today he saw his hometown team win in his adopted city as the Steelmen secured their first regulation victory of the campaign.

Before this game, there was little to choose between the teams: both tied on three points from four games. But the visitor made a fast start and jumped into a 2-0 lead early on. Yegor Morozov opened the scoring, getting his shot off despite the attentions of his namesake Ilya in the Sibir ranks. Then Nikolai Timashov doubled the lead with a goal against his former team-mates. 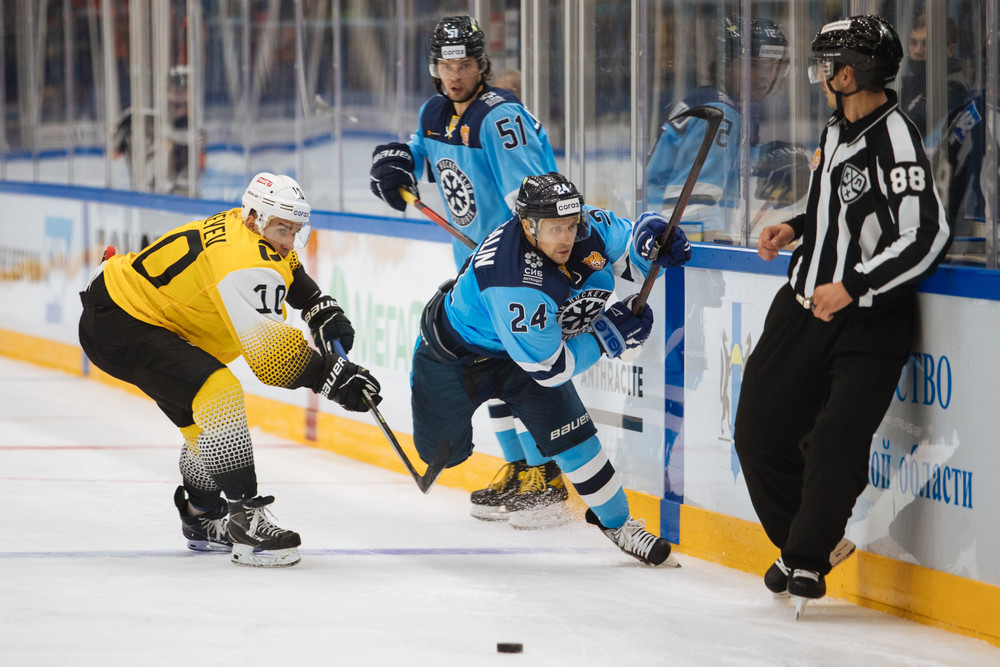 Sibir responded with a goal from Sergei Dubakin. The 21-year-old was called into the team for the first time this season in place of Alexander Sharov, and his backhand shot repaid Andrei Martemyanov’s faith in him as he opened his KHL account. Then, early in the second, Valentin Pyanov marked his home debut for Sibir with a goal to tie the game. Pyanov learned his hockey in the youth system in Novosibirsk but left the club before he could feature in the senior team.

With the game tied, the teams proved evenly-matched for the rest of the middle frame but nobody could make the breakthrough. It wasn’t until the 54th minute that Andrei Alexeyev managed to restore Severstal’s lead; an empty net goal from Robin Press wrapped up the visitor’s win.

Two goals from Philippe Maillet led the way for Metallurg in a comfortable win at home to Neftekhimik. The 28-year-old Canadian also picked up an assist, moving on to 7 (4+3) points in his KHL debut season.

Magnitka got off to a great start with a goal after 82 seconds. Josh Currie won a face-off in the attacking zone and Semyon Koshelev fired the opener past Frans Tuohimaa. The visitor responded with chances of its own — Marat Khairullin and Dan Sexton both threatened before a video reprieved the home team. 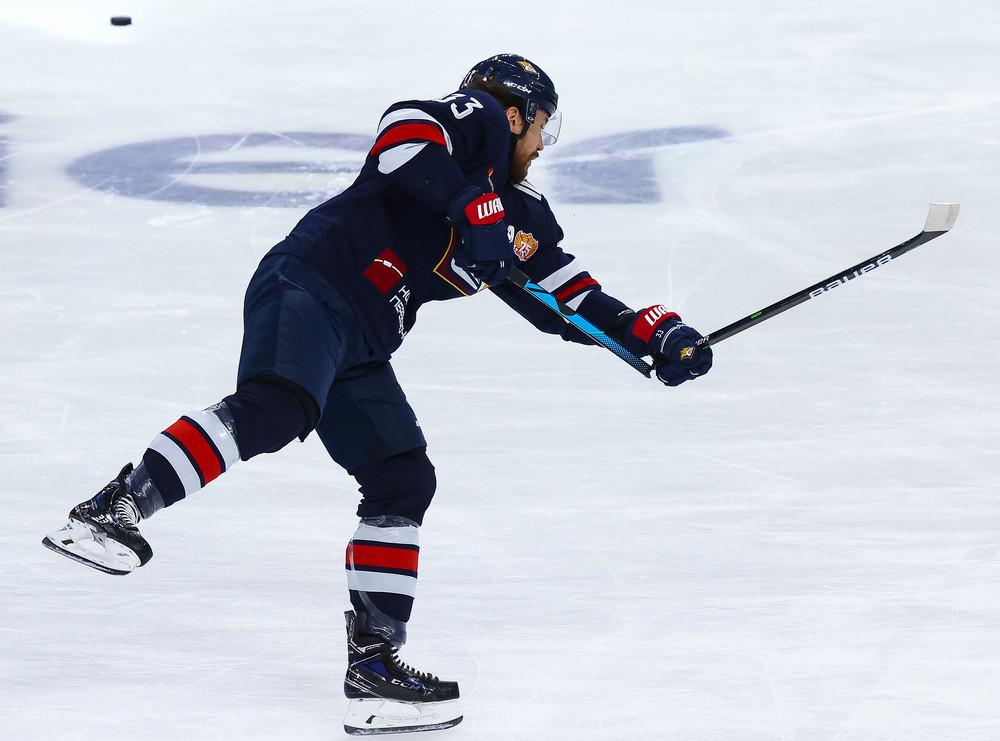 Instead of being tied at 1-1, on the next play Metallurg extended its lead. Maillet burst out from behind the net and his deflected shot found its way into the Neftekhimik net. Then, late in the frame, the Canadian had the puck in the net once more, knocking down a shot from Artyom Minulin. A video check confirmed that there was no high stick and the goal stood.

That left Neftekhimik struggling in its bid to bounce back after suffering a first loss of the season at Salavat Yulaev on Saturday. The visitor remained competitive in the second period, but was unable to find a way past Juho Olkinuora in the home net. The Finnish goalie would end the game with 32 saves for his first shut-out of the season. There was time for Maillet to turn provider as Anatoly Nikontsev made it 4-0 at the start of the third and Metallurg closed out a convincing victory.