Swedish forward Emil Pettersson is clearly enjoying life in the KHL. His goal in Saturday’s 4-1 win at Barys extends the Spartak man’s streak to four goals in four games and stretches his productive run to five appearances. Elsewhere, two goals for Sakari Manninen helped Salavat Yulaev secure its best ever start to a KHL season before ...

Spartak bounced back from its first loss of the season to inflict a home defeat on Barys. The Kazakhs were looking to build on their first win of the season at home to Amur last time out before Yury Mikhailis’ team heads on its first road trip of the season.

Both teams made a bright start to the game, but it was Spartak that posed the more palpable early threat. Alexander Khokhlachyov dinged the post before Dmitry Kugryshev picked out Alexander Nikishin at the far post for the defenseman’s second goal in the KHL. In the middle frame Nikishin helped to extend that lead, recovering from a momentary lapse on his blue line and releasing Khokhlachyov whose early shot beat Joni Ortio in the Barys net.

The host responded within a minute when Arkady Shestakov struck on the wraparound but it was only a brief respite. A swift counter-attack saw Kugryshev set up Loktionov to make it 3-1 and in the third frame a similar move from the first line saw Emil Pettersson wrap up a 4-1 scoreline. That’s the fourth successive game in which the Swede has scored a goal, and he has a point from each of his first five KHL appearances.

Ufa makes its best start to a KHL campaign

Salavat Yulaev’s perfect start to the season continued with a fifth successive victory — and this was an assured display against a Neftekhimik team that arrived with a 100% record of its own after three games. With both teams in good form, the only change was Danil Alalykin coming into the home roster in place of the injured Artyom Pimenov.

It didn’t take long for Ufa to demonstrate why it is flying high at the start of this season. Sakari Manninen opened the scoring with a well-taken goal in the first minute. Neftekhimik continued to work hard on defense and produced a few threatening counter attacks, but lost concentration in the final seconds of the period and enabled Alexander Kadeikin’s line to engineer an opportunity for the rejuvenated Nikolai Kulemin to double the lead. 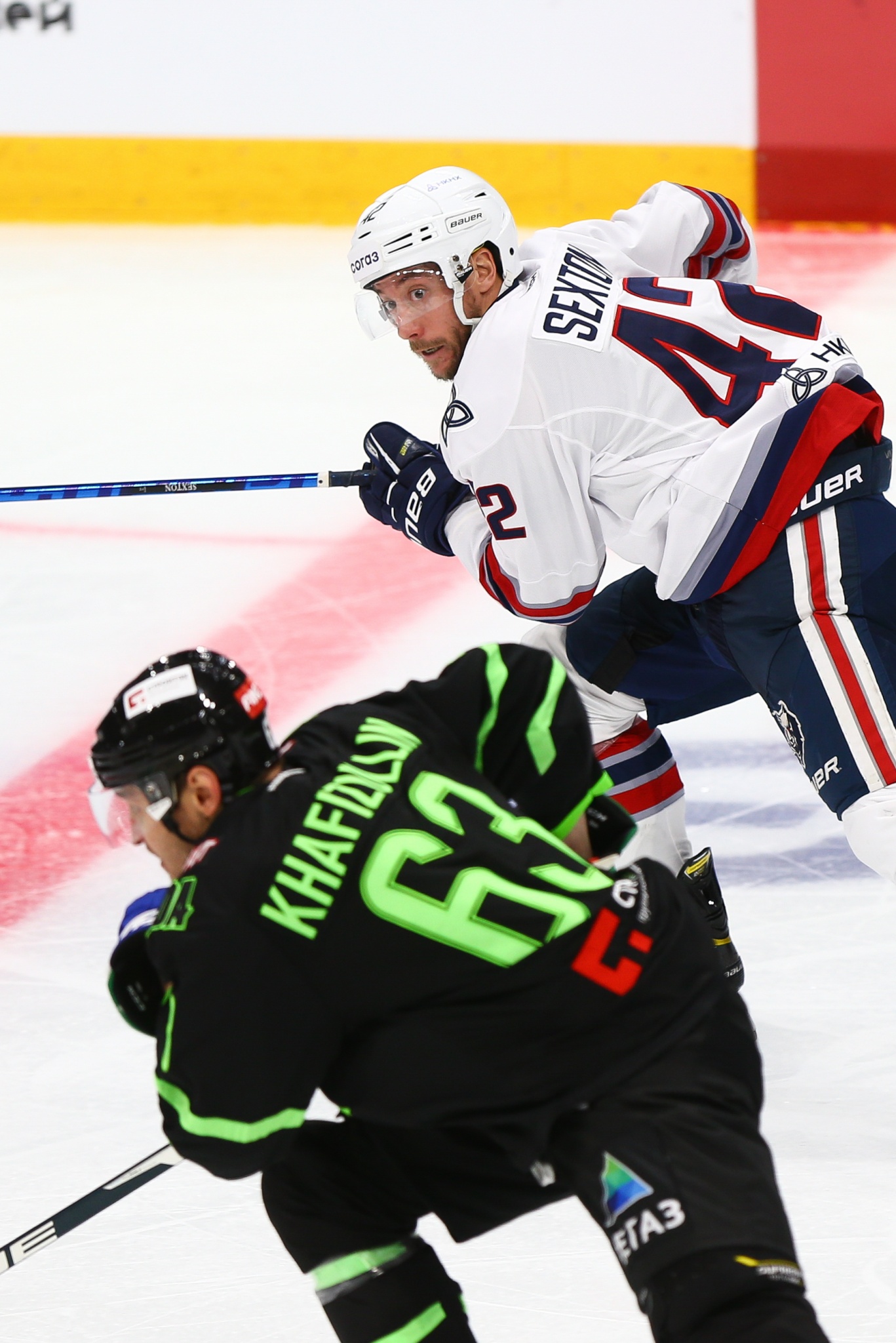 Salavat Yulaev took the game away from the visitor in the middle session, with further goals from Grigory Panin and Sergei Shmelyov. Then, early in the third, a penalty on Timur Khafizov saw the home power play strike within just eight seconds as Manninen potted his second of the game. Neftekhimik kept battling despite the lopsided scoreline and got a belated consolation thanks to Marat Khairullin’s power play goal.

Red Star rallies for the win

The Dragons got their second victory of the season, coming from 0-2 down to defeat Sochi in a shoot-out. Josh Nicholls claimed the game-winner to secure Red Star’s first home win of the campaign.

Sochi broke the deadlock late in the first period thanks to Yegor Babenko’s one-timer from between the hash marks. That was a first KHL goal since 2018-2019 for the 24-year-old, who is looking to secure himself a position on the Sochi roster after spending much of the past two seasons in the VHL. And the visitor’s day got better at the start of the second when an odd-man rush saw Igor Rudenkov set up Nikita Feoktistov, who had all the time in the world to score at the back door.

The Dragons looked to be sinking into greater difficulty when Alexander Lazushin was called for tripping, but the PK brought a short-handed goal to get the home team back in the game. Cory Kane did it all himself, forcing a turnover in the home zone and advancing to the top of the right-hand circle before using David Rundblad as an unwitting screen on a shot that beat former KRS goalie Magnus Hellberg. That’s a league-leading third short-handed tally of the season for Red Star. 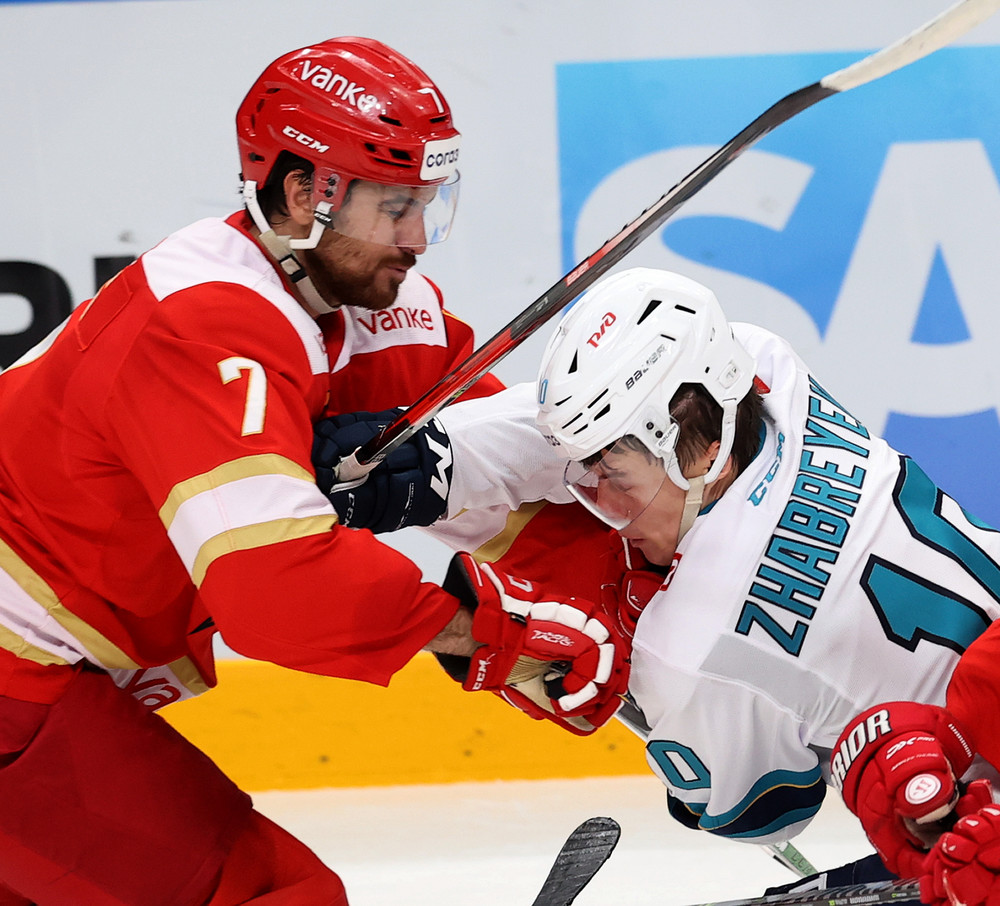 And the home power play proved its worth as well, with Brandon Yip rifling home from close range after Tyler Wong’s cross-ice pass was flicked to the back door by Greg Squires.

That was the end of the scoring in regulation. In overtime, Sochi came closest, with JC Lipon clipping the post during a power play for the Leopards. With 10 seconds left, Wong had a great look when he got free in front of Hellberg’s net, but the Swede made the save. However, Hellberg would finish on the losing side after Nicholls and Wong found the target in the shoot-out.