The season might be barely a week old, but we already have a clear leader at the top of the standings. Salavat Yulaev posted its fourth successive victory — ending Spartak’s 100% record into the bargain — and stands two clear of the chasing pack. Elsewhere, there were wins for Torpedo and Neftekhimik.

Four in a row for Salavat Yulaev

The home opener in Ufa was a match-up between two undefeated teams — and Salavat Yulaev preserved that winning record to move out in front in the fledgling standings.

On the eve of the game, the authorities in Bashkortostan announced that up to 50% of the arena’s seats could be filled. That meant a bigger-than-expected crowd to welcome the return of three former Salavat Yulaev players, Dmitry Kugryshev, Eduard Gimatov and Vyacheslav Solodukhin in an unchanged Spartak line-up. Ufa, meanwhile, handed a debut to Viktor Tikhonov, who made his 500th KHL appearance while Pyotr Khokhryakov recovered from injury in time to replace the now injured Stepan Sannikov.

The first period saw chances at both ends, but there was only one goal when Sergei Shirokov converted a breakaway chance to give the visitor the lead midway through the action. In the second, though, Andrei Zubarev tied it up against his former team. Then came the go-ahead goal from Sergei Shmelyov right at the end of the middle frame. 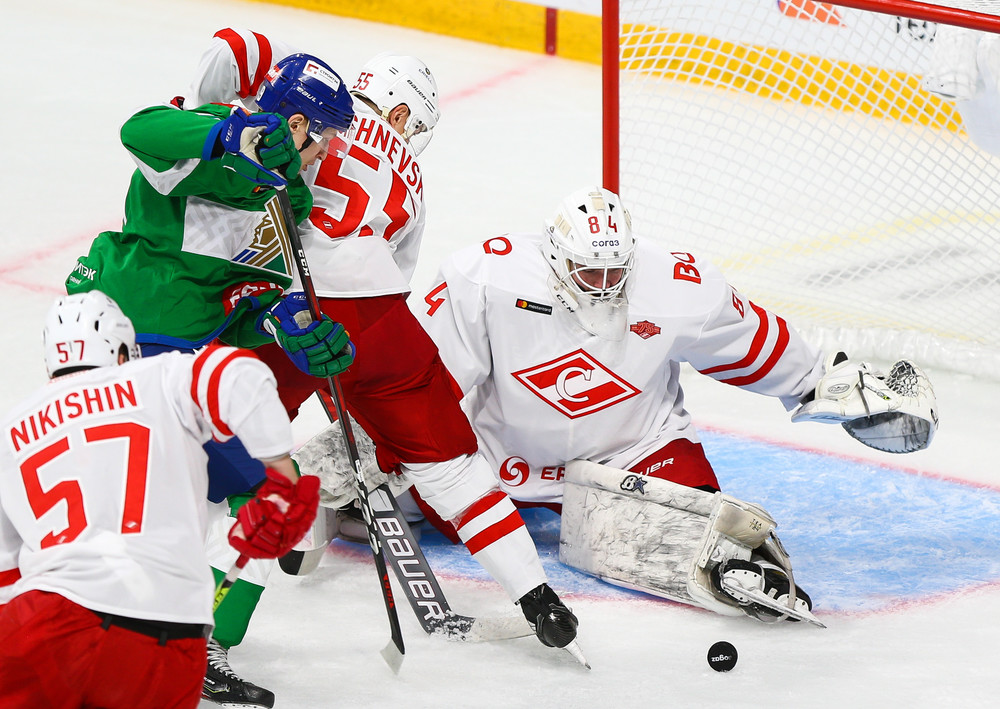 In the third, Spartak pushed everything forward but could not find a way past Juha Metsola in the home net. Even in the closing seconds, with six skaters on the ice, the Red-and-Whites could not whip up a genuine storm around the Ufa net as Tomi Lamsa’s team continues its perfect start to the season with a fourth successive victory.

Torpedo turns it around

Torpedo produced a come-from-behind win over Sochi thanks to a big third period from goalie Andrei Tikhomirov. He produced 10 saves as the visitor dominated the final stanza in a bid to salvage something from the game.

Back-to-back wins at the start of the season raised eyebrows among many who expected HC Sochi to find life tough this time around. However, a 1-4 loss against CSKA last time out hinted that the Leopards’ problems had not been fully solved, and after blowing a first period lead in Nizhny Novgorod, Evgeny Stavrovsky’s team slipped to another loss.

Torpedo, meanwhile, continues to alternate victories and defeats. An impressive 3-1 success in Kazan was sandwiched by home losses against Vityaz and Sibir, making this an important game for David Nemirovsky’s team as it looked to put the record straight in front of its own fans.

At first, Sochi posed big questions. Magnus Hellberg’s 13 saves in the first period blunted the home offense, and late in the frame Amir Garayev put the visitor in front. In the second, though, Torpedo hit back. Three summer signings combined to tie the game in the 25th minute as Theodor Lennstrom and Daniel Zaar combined to set up Marek Hrivik. Then, late in the frame, a power play goal for Ziyat Paigin put his former club behind.

It’s three wins from three for Nizhnekamsk after coming from behind to defeat Sibir. A double blast late in the second period turned the game around and the home team closed out the third period effectively before wrapping it up with an empty-net goal.

The first period belonged to Sibir. The visitor had the better of the play and took a slender lead into the locker room at the intermission. Denis Bodrov opened the scoring in the fourth minute and Denis Golubev struck 10 minutes later. In between, Maxim Berezin briefly tied the scores. 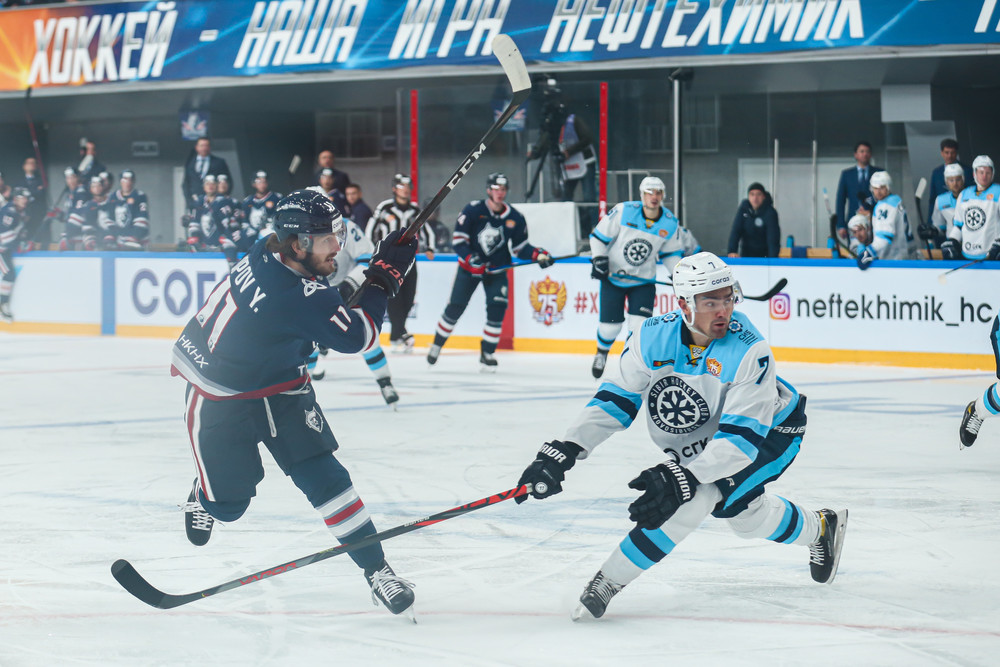 But the second stanza was much better for the home team. After an even battle for much of the play, two goals in three minutes saw Kirill Vorobyov and Lukas Klok put Neftekhimik in front. That lead was rarely threatened in the third, and when Marat Khairullin found the empty net two seconds before the hooter it merely rubber-stamped the final outcome.