Ready to start — the KHL week in review

The last week of pre-season brought hints of future meetings with NHL opposition, amid KHL success in Olympic qualification and the final summer tournaments of the year.

The last time we saw NHL teams on KHL ice was back in 2010, when the Hurricanes and the Coyotes came in 2010. But that could change soon, with KHL president Alexei Morozov hoping to set up a new Trans-Atlantic challenge between the top leagues in the world.

Morozov – 70% of KHL players are vaccinated

Speaking to journalists ahead of the coming season, Morozov said: “We are in correspondence with the NHL’s deputy commissioner Bill Daly. Right now, both leagues are preparing for the start of their seasons, and they still have questions about the Olympics. But the reaction is positive and in mid-October we’re planning to discuss this further.” 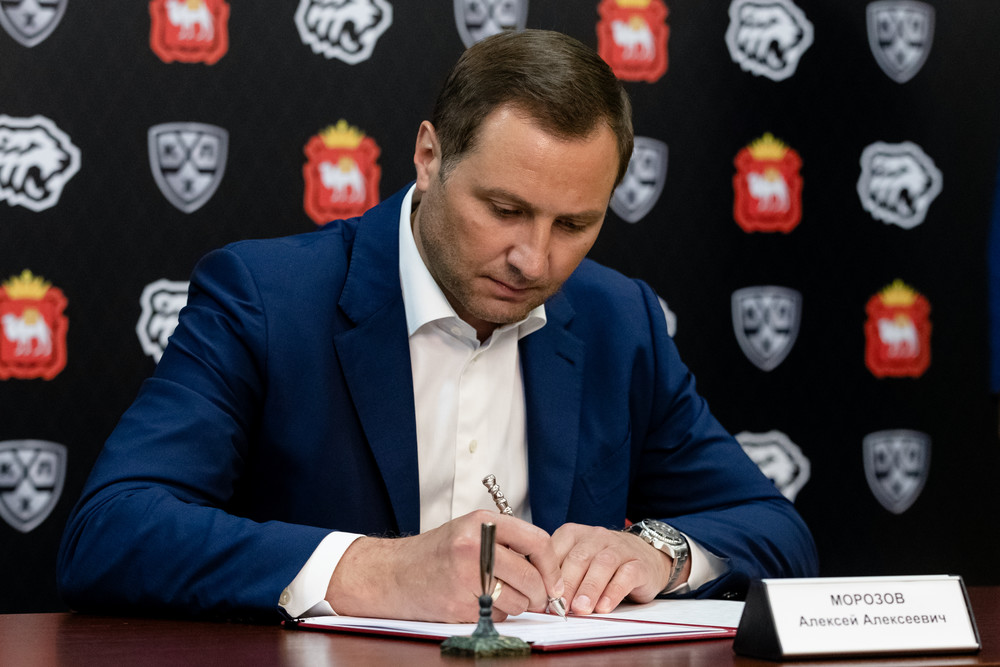 The final week of pre-season brought three more tournaments. In Chelyabinsk, the Governor’s Cup was won by Avtomobilist after a 3-1 win over host team Traktor in the final. Then the Mayor of Moscow Cup went to Dynamo thanks to an 8-3 thrashing of Kunlun Red Star in that gold-medal game. The Dragons won through to that showdown with a surprise 9-3 demolition of Spartak in the group stage. Finally, SKA won the Puchkov Tournament in St. Petersburg by the narrowest of margins. The Army Men were tied with Torpedo on three wins at the end of the competition, and took the prize due to a head-to-head win over David Nemirovsky’s team. But if Severstal had won the final game of the event against Torpedo on Sunday morning, the Steelmen would have finished in top spot. 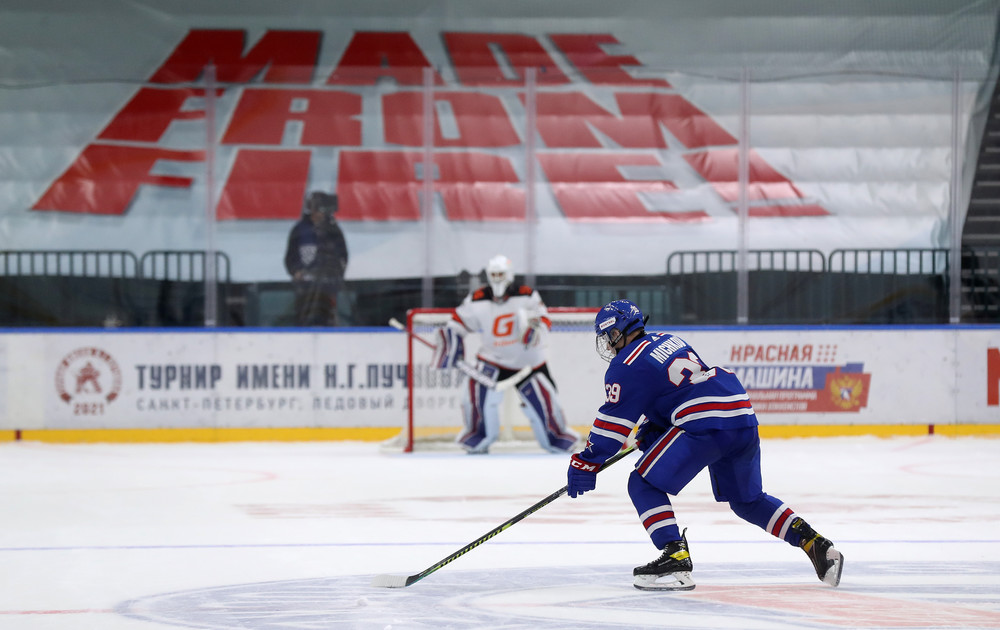 Latvia off to the Olympics

The final round of Olympic qualification took place over the weekend, and the KHL was heavily involved. Latvia, coached by Harijs Vitolins, won through its qualifying group thanks to a 2-1 success over France in the decisive game. Admiral’s Rihards Bukarts and Vityaz forward Miks Indrasis got the Latvian goals; Stephane Da Costa of Avtomobilist was the French scorer.

A Belarus team led by Dinamo Minsk head coach Craig Woodcroft missed out after giving up a late goal and losing 1-2 against Slovakia in Bratislava. The Slovaks are back at the games thanks to goals from Avangard newcomer Peter Cehlarik and Neftekhimik forward Libor Hudacek.

The other place went to Denmark, which will now face Russia in the group phase. The Danish roster included Niklas Jensen (Jokerit) and Philip Larsen (Salavat Yulaev) as it overcame host nation Norway to secure its first ever Olympic place.

Latvia, Slovakia and Denmark win through to the Olympics

SKA’s 16-year-old scoring sensation Matvei Michkov made a big name for himself in junior hockey and last season’s U18 World Championship. This season could be his chance to break into adult hockey — and his first appearance for SKA’s first team could hardly have gone better. He was called into the side for the Puchkov Tournament game against HC Sochi — and marked his debut with the third goal in his team’s 4-1 success.

The final week of the summer brought a few last-minute tweaks to rosters before the season gets underway. Admiral added two more imports, acquiring Czech defensive duo Vojtech Mozik and Libor Sulak. Mozik played two seasons at Vityaz before returning to the KHL last season with Kunlun Red Star. Sulak had a short spell with Severstal in 2019-2020.

Two familiar forwards were on the move as well, with Mario Kempe (ex CSKA and Vityaz) joining Dinamo Minsk. The Swede has 127 points in 248 games in the league to date. Meanwhile, a former Minsk man is heading to Dynamo Moscow. Rob Klinkhammer, an Olympic bronze medallist in 2018, is heading to the capital. That’s his fourth KHL team, having previously played for Minsk, Ak Bars and Avangard.

Russia’s women finish their World Championship campaign tomorrow with a playoff against Japan for fifth place. Winning that is important, since it would keep the team in Group A of the competition and give it automatic access to the knock-out stage next time. In this year’s quarter-final, Russia suffered a heart-breaking loss against Switzerland, blowing a 2-0 lead to fall in overtime. But the team rallied well to defeat Germany — despite trailing twice — in the first of its classification games on Sunday night.

The wait is almost over. The Opening Cup is almost upon us, with Avangard taking on CSKA in the traditional curtain-raiser to the regular season between the previous Gagarin Cup finalists. This year, it all starts on Sep. 1, with the puck dropping in Balashikha at 1900 Moscow time (1800 CET). That’s the first of 672 games in this regular season, which concludes on March 1, 2022. 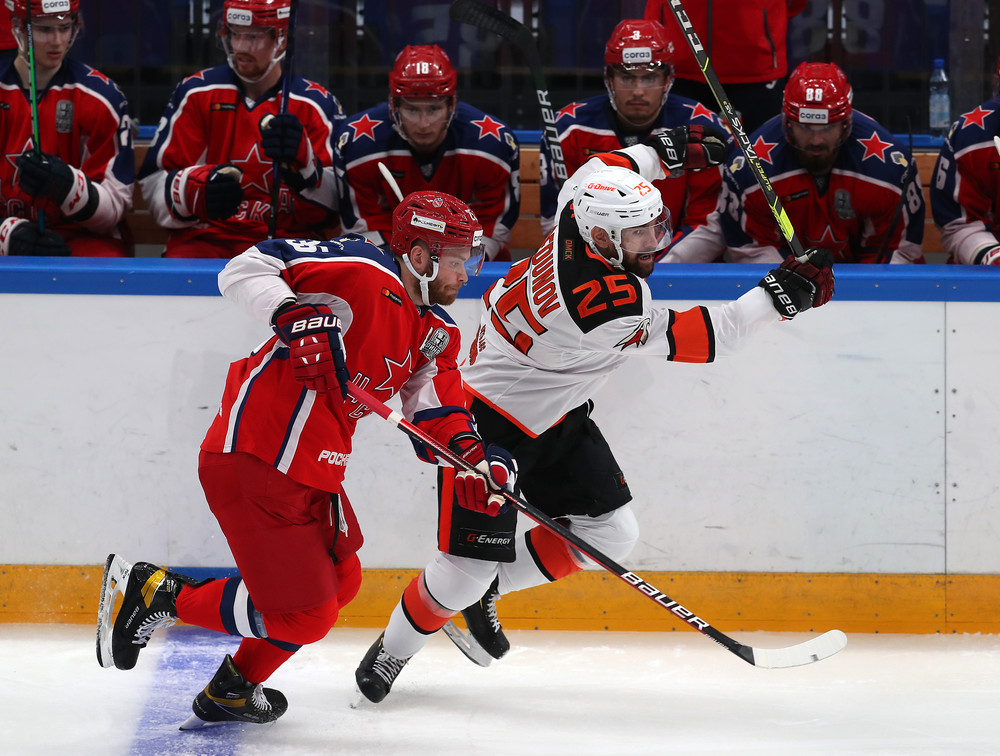