Man of the Week: Steven Kampfer

In the heat of the summer, hockey can feel far away. Would it make you happier if we mentioned the first signs of pre-season action?

It might be the middle of summer, but July means a return to duty for many KHL players. Most clubs have announced their pre-season plans, with some teams already gathering for preliminary fitness checks. And it won’t be long before the pre-season tournaments get going. The first action is less than a month away, when the Sochi Hockey Open starts on August 3. HC Sochi hosts the event, with Gagarin Cup winner Avangard, Avtomobilist, SKA, Traktor and Russia U20s making up the bill. Other big events include the second edition of Kazan’s TANECO Champions Cup (Aug. 18-22) and the Mayor of Moscow Cup (Aug. 25-28). In addition, there are summer tournaments in several KHL arenas, including Magnitogorsk, Chelyabinsk, Ufa, Yekaterinburg, Nur-Sultan and St. Petersburg. Once again, the pandemic has limited the opportunities for our teams to face opposition from other leagues, but Jokerit will take part in the Bauer Games against Krefeld of the DEL, who recently appointed Igor Zakharkin as coach-consultant.

Mikhail Grigorenko is back at CSKA. The 27-year-old forward returns to the club where he won the 2019 Gagarin Cup on a three-year deal following a season in the NHL with Columbus. That was the 2018 Olympic champion’s second attempt at cracking the show, but he endured a frustrating season in North America and was limited to just 32 games, totalling 12 (4+8) points as he failed to find a role on John Tortorella’s team. On World Championship duty in Riga, though, he showed much better form to finish with 7 (3+4) points from five games, second in team scoring behind Alexander Barabanov.

Experienced Czech winger Lukas Radil, 30, is heading to Dinamo Riga after his departure from Spartak. Radil spent four seasons in Moscow, interrupted by a two-year spell in North America with San Jose. During his time in the KHL, he represented the Czech Republic at the 2018 Olympics and in two World Championships. Radil had 135 points in 219 regular season games for the Red-and-Whites but moves on as the Muscovites look for a change of direction following the departure of Oleg Znarok. In Riga, he will be tasked with helping to get Dinamo back to the playoffs for the first time since 2014.

After missing last year due to the pandemic, the ‘Your Chance’ program was back in 2021. Fifty young hockey hopefuls were selected for almost a month of coaching and development as they battled for a contract in the upcoming Junior Hockey League season. At the end of the program, the prospects were placed into two teams for a three-game mini-series in Sochi, which was settled by a 57th-minute goal in the decisive third game as team B grabbed a 3-2 victory and took the honors. Names to watch for could include St. Petersburg’s Arkady Zubert, who led the scoring with 4 (2+2) points for team A, and Alexander Makarov of Chelyabinsk, who topped the goalscoring charts with three tallies for team B.

Chelyabinsk is building a women’s team with every chance of earning a place in next season’s Women’s Hockey League. The Belye Medveditsy (Polar Bears) have applied for a place in the championship and already have a promising roster in place. The roster includes goalie Milena Tretyak and forward Maria Pushkar, two of the players that helped KRS Vanke Rays to the top of last season’s table. There’s also a return to action for Alina Orlova, who captained Russia’s U18s to bronze in the 2018 World Championship in Dmitrov but missed last season after giving birth to her daughter. Forward Ekaterina Zakharova was part of Agidel’s 2018 title-winning roster, while 21-year-old Tatyana Shatalova returns to Russia after playing with the Riveters in the NWHL in 2019/2020. There’s also a familiar name behind the bench: Igor Znarok, younger brother of Oleg, takes charge of the team. 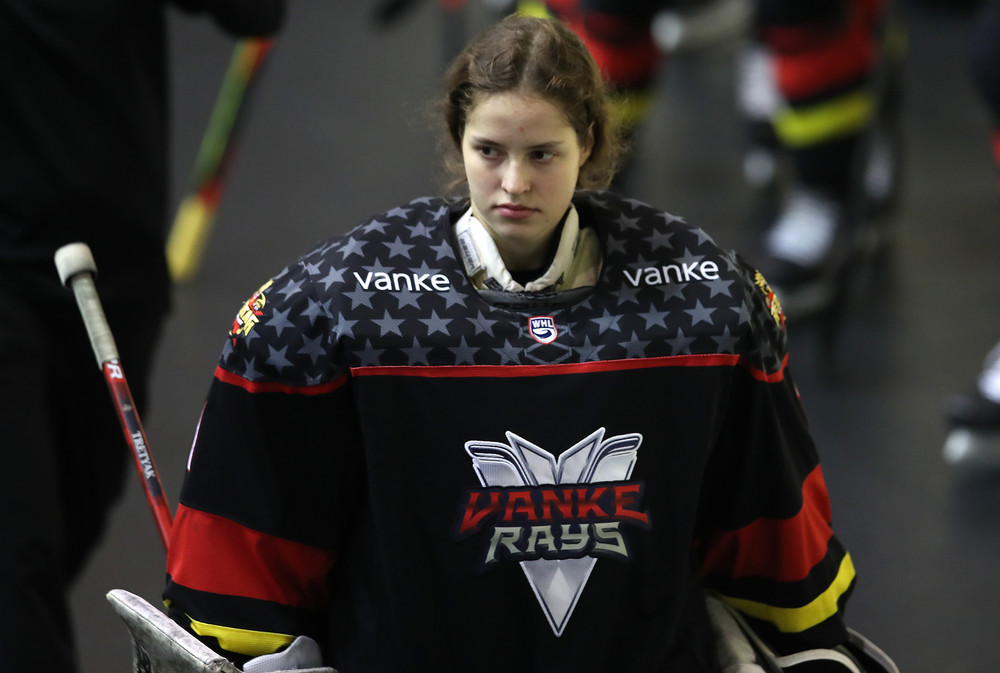