KHL.ru’s weekly column goes on with Matvei Michkov. The young forward was a standout at the recent U18 WJC in the United States. He helped Team Russia returning home with a silver medal and was awarded MVP honors after leading the tournament with 12 goals and 16 points.

Matvei Michkov had quite the performance at the recent U18 World Juniors when he potted an impressive 12 goals in just seven games, including four goals against Team Germany and a hat-trick against the Czech Republic. He scored in all games in the medal round, including another impressive performance in the gold medal clash against Canada. In the final, Michkov had a goal and two assists when the Russians couldn’t surpass the opposition, perhaps lacking a bit of luck after a well-executed game in the first two periods.

His performance in the tournament created memories for the years to come — his goal in lacrosse style against Team Germany was nothing short of phenomenal, and his play in the crucial games left the opposition puzzled and Russian fans on their feet. Michkov’s 12 goals in the tournament were only two goals shy of the record established by Alexander Ovechkin in 2002 and repeated by Team USA’s Cole Caufield in 2019. However, Michkov recorded his numbers being one year younger.

Matvei Michkov was born on Dec. 9, 2004, in Perm, where he started playing. He lined up for the different Perm’s junior system teams until 2015, when he moved West, joining the Lokomotiv Yaroslavl organization. Already an adept at goal-scoring, Michkov started potting serious numbers wearing the Yaroslavl jersey and earned his first call to the national team in the tail of the 2018-2019 season.

However, it wasn’t until a year later that his name started circulating abroad. At the 2020 Youth Olympic Games, Michkov led Team Russia to a gold medal, scoring nine tallies in four matches, topping the tournament in goals and points. Playing with Ivan Miroshnichenko and Ilya Kvochko, the Michkov was phenomenal in the medal round, when Russia first defeated Finland with a sound, 10-1 score, then won it all in the finals throwing four unanswered goals at Team USA. Gifted with an incredible hockey talent and explosive skating, Michkov was unstoppable at the tournament and quickly came up as the best player on the ice.

In 2020, Michkov moved to St. Petersburg. He had his JHL debut, leading the league with an incredible 38-goal performance, and signed a contract with SKA to keep him in Russia until 2026. The rest is history. After his dominance at the U18 WJC — which can be repeated next year since he’ll be eligible in 2022 as well — it was clear to anyone that a new Russian star is on the pipeline and soon to be exploding to the next level. Just to start, we’re awaiting his debut in the KHL next season. As he’s still two years away to be allowed to drive a car, he was too young to hit the ice with the big boys, but next year, he’ll be able to. In the 2001-2002 season, Alexander Ovechkin scored two goals in 22 games for Dynamo Moscow before netting 14 at the U18s in Slovakia. Will Michkov be able to beat Ovechkin this time? His KHL debut will be a crucial event in Michkov’s life and career, and considering how things have developed for him so far, he’ll undoubtedly be ready to up his level as he always did. 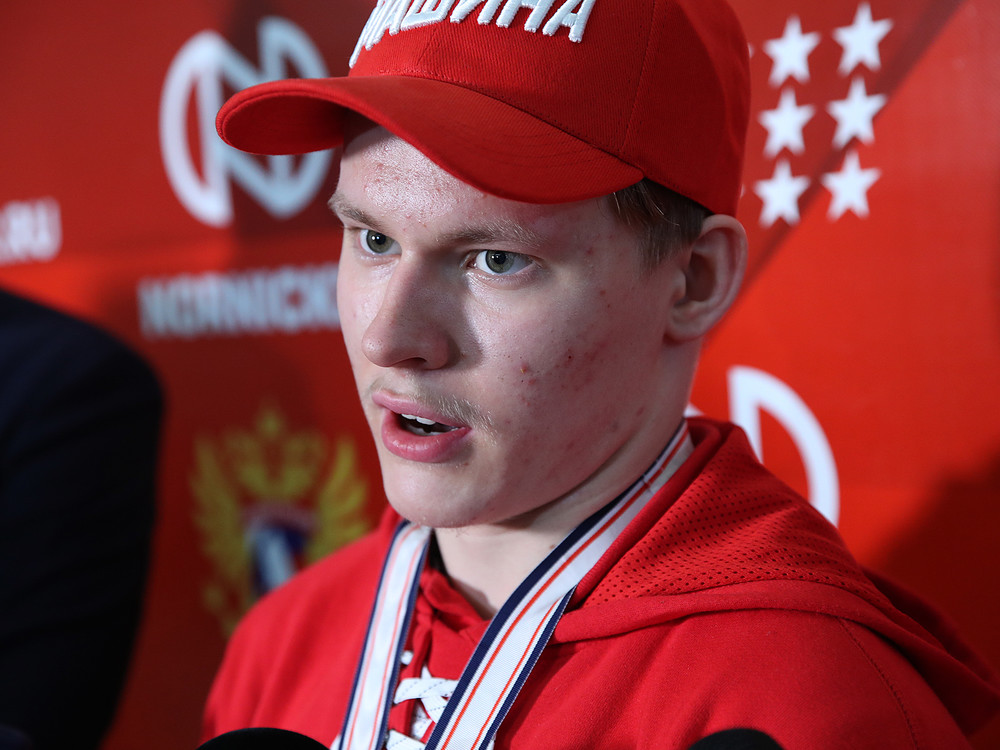 #man of the week