Hockey night in Moscow with all three teams involved!

The stars of the Gagarin Cup final are preparing for international action as Russia announces its party for the last big warm-up before the World Championship. And Severstal unveiled the first Estonian player to come to the KHL.

Russia announced its roster for this week’s Czech Hockey Games, the concluding stage of the Euro Hockey Tour. Valery Bragin’s line-up does not yet include any NHL players, but is boosted by the addition of several players who featured in the recent Gagarin Cup final. From the new champion, Avangard, Bragin welcomes forwards Denis Zernov and MVP Sergei Tolchinsky. From CSKA, defenseman Igor Ozhiganov is joined by forwards Konstantin Okulov, Maxim Shalunov and Pavel Karnaukhov. The tournament in Prague, which starts Wednesday, is the final action before the World Championship. Russia is already assured of top spot in this year’s Eurotour after dominating the three previous stages. 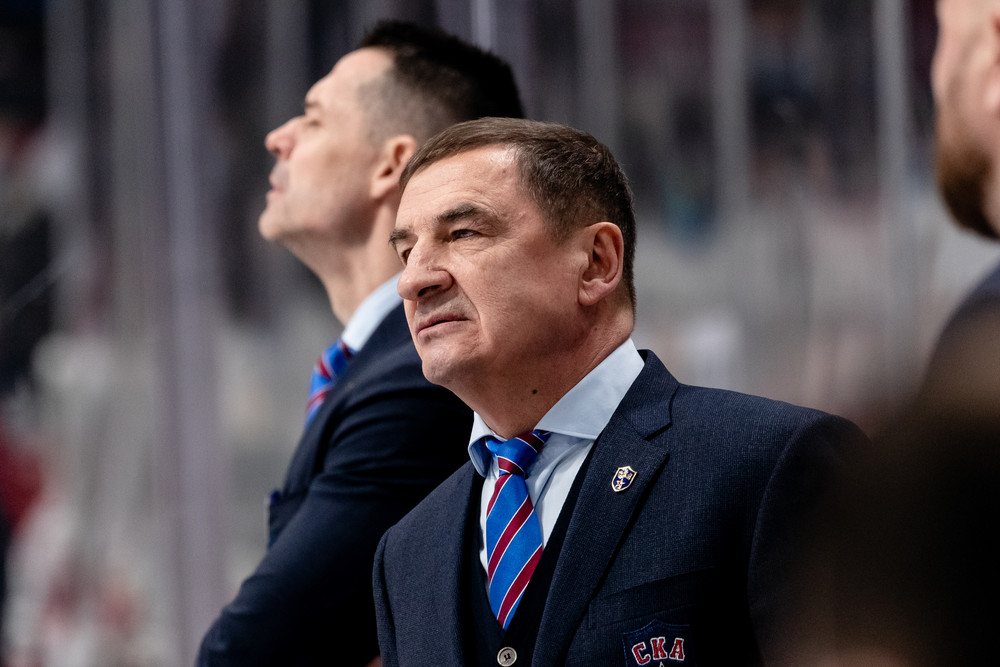 Robert Rooba is set to be the first Estonian to skate in the KHL after signing with Severstal. The 27-year-old has made a name for himself in Finland in recent years, impressing scouts from Cherepovets with his performances for JYP. Last season he posted 41 points in 59 games, which netted him a historic deal with the Steelmen — raising hopes that he might blaze a trail for the game in his native land.

“I feel that it’s my responsibility because I’m a child of Estonian hockey,” Rooba told KHL.ru. “Now it’s my time to give back as much as possible, to make hockey bigger and the future brighter.”

Brendan Leipsic is on his way to Magnitogorsk. The former NHL man played his first season in the KHL with CSKA last term but was traded to Metallurg last week. Spartak acquired Swedish defenseman Tim Heed on a two-year deal. Heed, 30, made 105 appearances for the Sharks and played last season in Switzerland.

Dinamo Minsk also made a couple of notable trades. Slovak international goalie Patrik Rybar is the big new arrival, joining from Karpat on a one-year deal. The 27-year-old was an unused reserve at the 2018 Olympics and has played in two World Championships. Shane Prince, the former NHLer turned naturalized Belarusian, moves on to Avtomobilist after two successful seasons in Belarus. The Motormen also moved for defenseman Jesse Blacker, a Canadian-born Kazakh dual national who began his KHL career with Kunlun Red Star.

Russia’s u18s missed out on gold at the World Championship after a narrow loss to Canada in the final — but star forward Matvei Michkov continued to burnish his growing reputation. The 16-year-old SKA-1946 prospect finished as leading scorer in Texas, with 16 (12+4) points and, not surprisingly, was nominated tournament MVP after a blistering performance on the international stage. Goalie Sergei Ivanov was chosen as top goalie, despite the 17-year-old initially going to the USA as third choice behind Valery Brinkman and SKA Varyagi team-mate Kirill Gerasimyuk.

Women’s final to be ‘best of three’

The postponed Women’s Hockey League final series between KRS Red Star and Agidel Ufa is now set to take place as a curtain raiser ahead of the coming season. The match-up, originally scheduled for March, had to be postponed when several members of the Agidel camp tested positive for COVID-19. Once they came out of quarantine, many players were already on their way to join their national teams for the IIHF World Championship in Nova Scotia. That tournament, too, was postponed and will now be played Aug. 20-31. The WHL final, with its abbreviated format, will be played this summer with the dates to be announced soon after consultations with the competing teams.