The 2021 final is worth the wait, with pulsating action on the ice and two KHL records already in the books. Elsewhere, Dynamo Moscow Juniors won the Kharlamov Cup for the first time and Team Russia made a winning start to its World Championship preparations.

This year’s Gagarin Cup final is shaping up to be a classic. CSKA and Avangard are locked at 2-2, with the Hawks drawing level thanks to a short-handed overtime winner in game four. That came after the Army Men snatched a last-second goal to force the extras. Game five takes place Monday, with CSKA missing leading goalscorer Maxim Shalunov due to suspension. Shalunov has 12 goals in this year’s playoffs, but now looks unlikely to match Evgeny Dadonov’s record of 15 goals in a post season campaign.

CSKA’s 3-0 win over Avangard on April 20 did not just bring the Army Men level in the series — it also saw goalie Lars Johansson post his seventh shut-out of the playoffs. That moves him ahead of fellow Swede Anders Nilsson, who blanked six opponents during Ak Bars’ run to the 2015 final and establishes a new record for the league. However, after going one better than Nilsson on this metric, Johansson will also be hoping to go one better than his compatriot’s final result. In 2015, Ak Bars lost the Grand Final in four games to SKA.

Avangard forward Kirill Semyonov missed game four of the Gagarin Cup final on Saturday. Nothing unusual in that, except that it snapped a sequence of 291 consecutive appearances for the club, dating back to August 24, 2017. That’s an all-time KHL record for the Omsk native who began his career at Avangard before a spell with Metallurg Novokuznetsk. Since his return home, the 26-year-old has played under three coaches with the Hawks — Andrei Skabelka, German Titov and Bob Hartley. 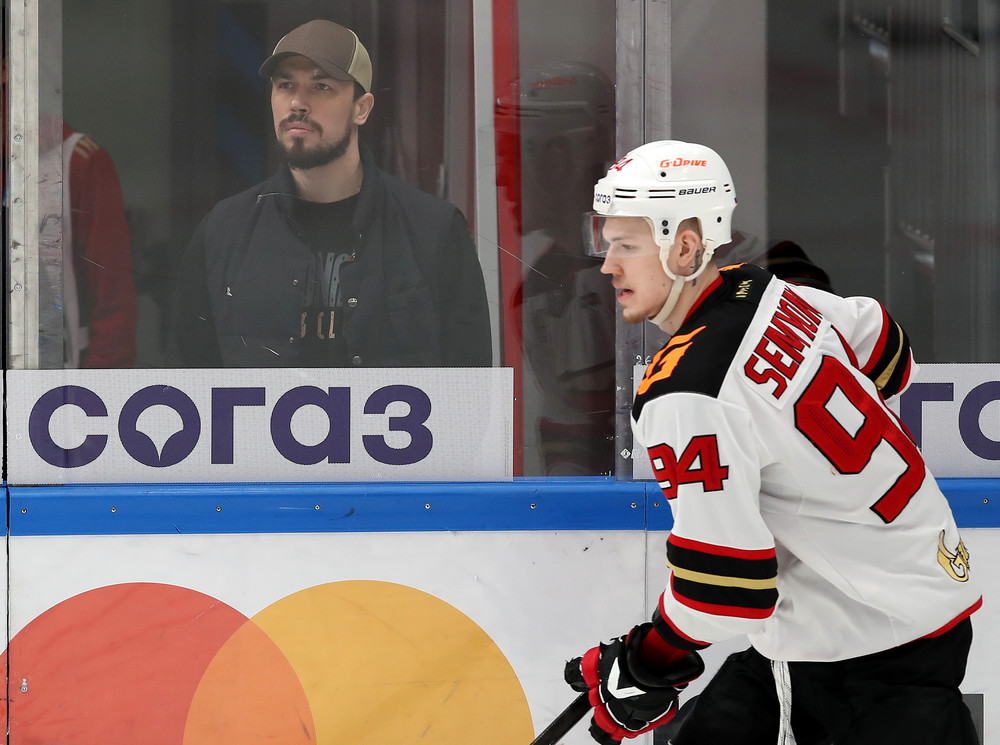 Team Russia began its preparations for next month’s World Championship with two exhibition games against Belarus. Both games ended in victories for the Red Machine, with a 6-3 success on Saturday followed by a 2-0 shut-out on Sunday. The first game was settled by an explosive second period, with Russia scoring six goals in less than 14 minutes. Lokomotiv’s Yegor Korshkov led the way with two goals while Ak Bars rookie Ilya Safonov potted his first senior international goal and later added an assist. Belarus restored some pride with two unanswered goals in the third period.

Day two saw Dynamo goalie Ivan Bocharov stake his claim for a place in the team that goes to Riga. Playing on home ice at the VTB Arena, he blanked Belarus as Ivan Morozov (power play) and Pavel Kraskovsky (short-handed) got the goals for Valery Bragin’s team.

Dynamo Moscow’s juniors are Russia’s champions. The Blue-and-Whites lifted the Kharlamov Cup for the first time after taking the final series against Loko Yaroslavl 4-1. But for one of Dynamo’s players, Daniil Gutik, this wasn’t his first time on a champion team — back in 2019, as a 17-year-old, he helped Loko take the crown.

“There’s a huge difference,” Gutik said. “When Loko won the cup, I was younger and didn’t get much game time. In the playoffs I only got on the ice in one game, the rest of the time I was on the sidelines, cheering for the team. Now I’m playing much more, and it means a lot more to me.”

This time around, Gutik had 12 (4+8) points in 14 appearances, averaging 15:36 in game time. He had two helpers in Friday’s roller-coaster 7-5 victory as Dynamo wrapped up the final series.