The finals are underway. Sunday was opening night for the Gagarin Cup final, and last week saw the Junior Hockey League start its Kharlamov Cup showdown. Elsewhere, teams are already preparing for next season, with two more head coaches unveiled in Moscow and Riga. And, on the international stage, preliminary rosters for next month’s World Championships are starting to emerge.

The 2021 Gagarin Cup final started Sunday, with a rematch of the 2019 edition. However, both CSKA and Avangard are very different from the teams that contested the last completed final — and the opening game was almost a complete reversal of game one last time out. The first goal of the final went to Yegor Chinakhov, a 20-year-old forward who was helping Russia to World U18 silver during that 2019 final, and he kickstarted a 4-1 win for Avangard. That was the Hawks’ first victory in seven Gagarin Cup final games — in 2012, the team lost its last three games against Dynamo Moscow then, two years ago, it suffered a sweep at the hands of CSKA.

Sergei Tolchinsky picked up two assists in the opening game of this year’s Gagarin Cup final, and that was enough to move the Avangard forward out in front in the post season scoring race. He goes on to 18 (5+13) points, two clear of CSKA forward Konstantin Okulov on 16 (5+11). Okulov was unable to add to his tally during the Army Men’s 1-4 loss on Sunday. The series continues Tuesday.

Alexei Kudashov is the new head coach at Dynamo Moscow. The 49-year-old, who won both the Gagarin Cup and the Russian Super League as a Dynamo player, returns to his former club in place of the outgoing Vladimir Krikunov. Kudashov’s coaching career began at Atlant in 2013 and he has worked behind the bench at Lokomotiv, SKA and Russia’s national team, where he won World Championship bronze in 2019. He has a one-year deal with an optional one-year extension. 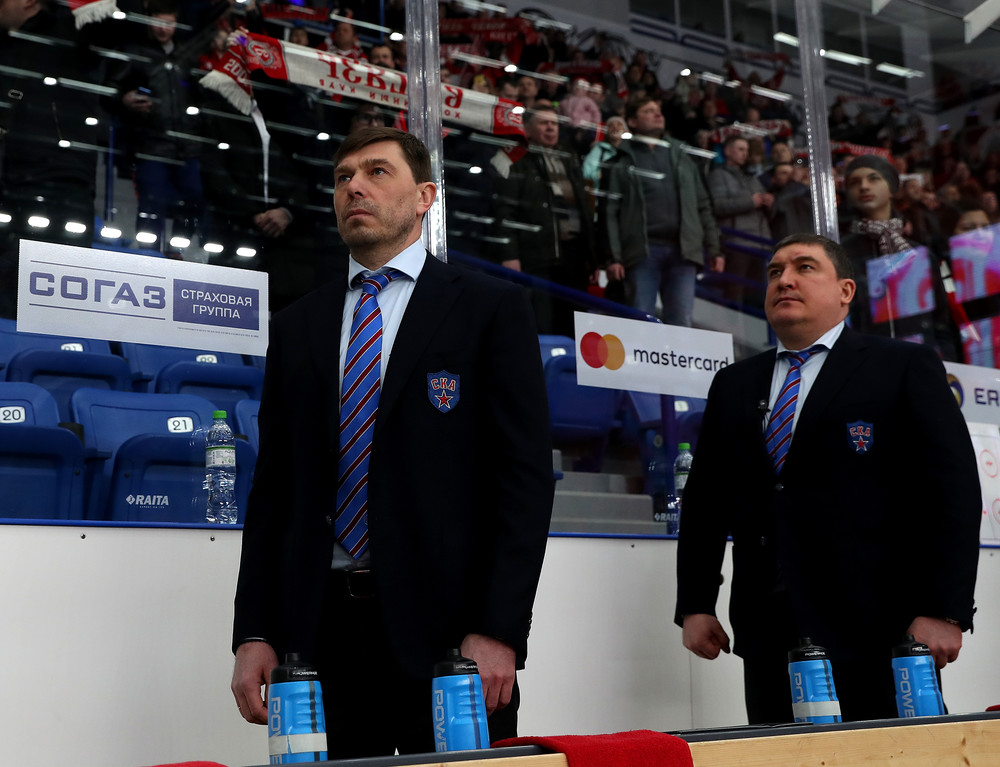 Sergei Zubov is back in the KHL after a one-year break. The two-time Stanley Cup winner most recently worked as an advisor at the Dallas Stars after a 2.5-year spell as head coach at HC Sochi. Now he’s back in the league to take charge of Dinamo Riga for the coming season. The 50-year-old replaces Peteris Skudra after a disappointing season that saw the Latvians finish rock bottom of the table with just nine victories. 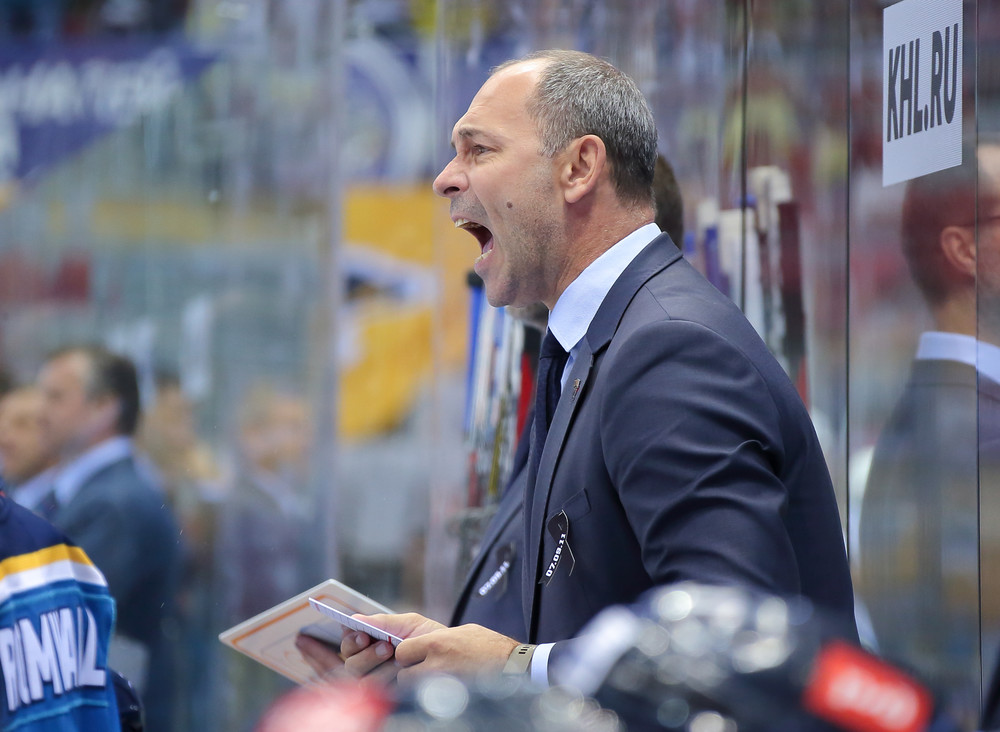 Russia named its roster for the upcoming exhibition games against Belarus, giving the first clues as to the candidates for the World Championship in May. Valery Bragin’s roster combines established veterans, players like Vadim Shipachyov, Viktor Antipin, Alexei Marchenko, Yegor Yakovlev and Anton Burdasov, as well as a host of emerging players who impressed during the season. This includes the likes of Vityaz prospects Yury Pautov, Daniil Pylenkov, Zakhar Bardakov and Danila Moiseyev, plus a number of promising youngsters from SKA. 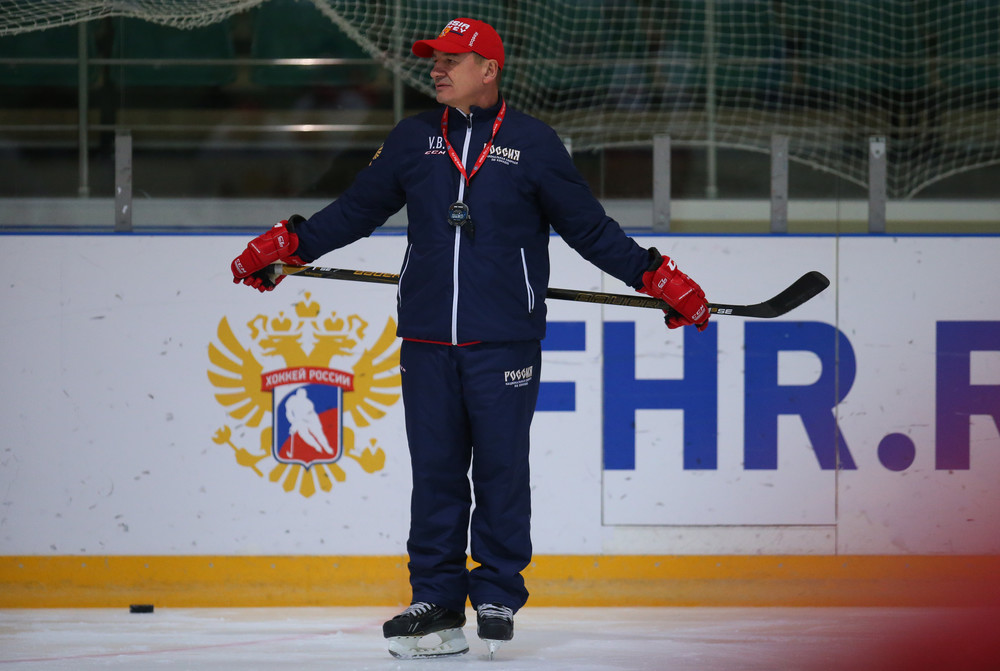 Sweden named six KHLers in its preliminary camp ahead of the World Championships. Three defensemen were chosen — Viktor Loov and Jonathan Pudas of Jokerit, plus Lawrence Pilut of Traktor — as well as three forwards — Dynamo’s Oscar Lindberg, Metallurg’s Dennis Rasmussen and SKA’s Malte Stromwall. In total, the Swedes called up 26 players for the camp this week.

Gutik pots the winner on his former club

The opening games of the Kharlamov Cup final took place on April 15 and 16, with Dynamo Moscow’s juniors meeting Loko Yaroslavl. The first game went to a shoot-out after Dynamo managed to kill a penalty in overtime. The shoot-out was tense, with none of the first 10 attempts finding a way past goalies Yegor Gorshkov and Vadim Zherenko. Then, former Loko player Daniil Gutik finally solved the Yaroslavl goalie Gorshkov. The forward scored on the backhand to give Dynamo its first victory in the series. Twenty-four hours later, the Blue-and-Whites followed that up with a win in regulation.