Landmarks for Dawes and Kvartalnov — the KHL week in review

It was a big week for Ak Bars, with two big milestones on the team. Elsewhere, rookie forward Pavel Tyutnev potted his first KHL goal as Lokomotiv battles with CSKA and Avtomobilist’s record scorer Anatoly Golyshev moves on.

Lokomotiv’s 18-year-old forward Pavel Tyutnev picked a big moment for his first ever KHL goal. The youngster, who made his league debut on December 25, potted the tying goal in the third period of game three of the Western semi-final against CSKA on Sunday. Tyutnev made his senior debut this season with Buran Voronezh of the VHL, scoring one goal in 14 games, but spent the bulk of the campaign with Loko in the Junior Hockey League. His first KHL goal was not enough to save his team from an overtime loss to CSKA.

Nigel Dawes feels like a permanent feature in the KHL — the 36-year-old former Barys and Avtomobilist forward continues to score regularly for Ak Bars. Last week saw the Canadian-born sharpshooter play his 600th game in the competition, and he marked the occasion with yet another goal to help his team to a 2-1 victory. It was the third successive game in which Dawes found the net, reaffirming his status as one of the league’s deadliest marksmen.

Long-serving Avtomobilist forward Anatoly Golyshev is leaving Yekaterinburg after eight years. The left-winger terminated his contract with the Motormen and has since inked an entry-level deal with the New York Islanders, who drafted him back in 2016. Golyshev, 26, is the franchise record scorer at Avto with 109 goals and 220 points since making his debut in Yekaterinburg back in 2013. His switch across the Atlantic was widely expected — at the end of last season, he spoke of plans to try for the NHL — and following the end of Avtomobilist’s playoff campaign he made his move.

Dmitry Kvartalnov, head coach of Ak Bars, took charge of his 100th playoff game at the weekend, leading his team to victory over Salavat Yulaev for the third time in the series. He’s the third man to coach 100 post-season games in the KHL, following his predecessor in Kazan, Zinetula Bilyaletdinov, and Oleg Znarok, who brought up his century earlier this year. The other two have six Gagarin Cups between them; Kvartalnov, whose coaching career includes spells with Severstal, Sibir, CSKA and Lokomotiv, is still seeking his first. However, Ak Bars has won seven straight in this year’s playoffs and could be the team to end that wait.

Among Golyshev’s new team-mates at the Islanders is former CSKA goalie Ilya Sorokin, widely regarded as one of the best young netminders in the game. When Lars Johansson first joined the Army Men, the Swede immediately realized just how good the youngster — only 22 at the time — was. “Ilya was obviously one of the best goalies in Europe when he played here, if not the best, but it was more fun for me,” Johansson told KHL.ru. “I came over after a tough season in North America and after I watched him during the first practice I was like ‘Whoa, how am I going to compete with this?’ I saw that I had to be my absolute best if I wanted to play. We had a great competition on the ice and also a great relationship off the ice. It made me get back to competing and trying to play my best everyday.”

Mikhail Grabovsky’s NHL career ended early due to injury, but with more than 500 games in the show he became an inspiration to Belarusian hockey players. Now, as part of Craig Woodcroft’s coaching staff at Dinamo Minsk, he is helping to nurture the next generation of local talent — as Alexei Protas, the leading rookie in the first round of the playoffs, explained. “Mikhail Yurevich helps me a lot,” Protas told KHL.ru. “I used to watch all his games and I’m sure he would have done even more were it not for his injuries. He still blazes a trail in practice and if it wasn’t for those injuries I’m sure he would still be playing. He would definitely make a contribution at Dinamo. Now, as a coach, he’s showing me different nuances of the game. It’s great to have an example of a Belarusian who played at the highest level.” 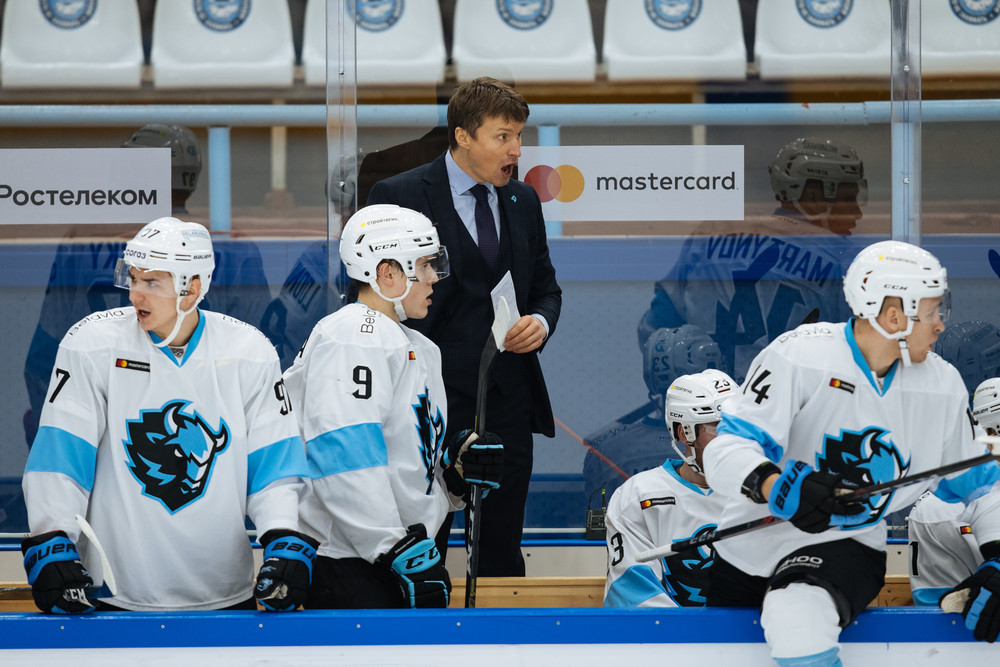 Tolpar forward Alexander Pashin hit four goals in the third game of his team’s series against Mamonty Ugry, adding an assist for good measure. Pashin’s last goal came in overtime, sending his team to the quarter finals. He was nominated as the top forward in the first round.