Sergei Mozyakin continues to break new ground in a career that repeatedly rewrites the record books. His latest landmark came on Saturday when he collected his 500th assist in the league. The big moment came on a big goal as well, with Metallurg’s captain helping to set up Philip Holm for the decider in a 3-2 win over Salavat Yulaev. Unlike most of Mozyakin’s achievements, this one does not have the KHL’s all-time leading scorer far out in front of his rivals. With 500 assists, Mozyakin leads the league but Dynamo Moscow’s Vadim Shipachyov is just 12 behind him on 488. And the former Severstal and SKA forward is in fine form this season, leading the KHL in scoring with 52 points, including 36 helpers.

The first contender for this season’s playoffs is already confirmed. Ak Bars confirmed its place this week thanks to a 3-1 victory over Avangard on Friday. Dmitry Kvartalnov’s team has been in ominously good form of late and is currently on a run of 13 wins from 14 games as it leads the KHL table and enjoys a commanding 12-point advantage at the top of the Eastern Conference. The club also maintained its record of never failing to reach post-season in the KHL era, a distinction shared with just three others — SKA, Salavat Yulaev and Metallurg. The year’s playoffs start on March 2.

Esa Pirnes hailed the chemistry between Salavat Yulaev’s free-scoring Finns after Teemu Hartikainen set a new points record for a Finnish player in the KHL. Harti moved on to 51 points this week, beating the 50 that Pirnes compiled back in the league’s inaugural season. Pirnes admitted that he had expected his record to go sooner, and doesn’t think Hartikainen will be the last player to overtake him this season.

“I think that Markus Granlund and Sakari Manninen could also break it,” he told KHL.ru. “I’m looking forward to seeing them all set new targets around the 60-point mark in the regular season.

“In April I said it would be hard for Hartikainen to break the record without Linus Omark, but back then I didn’t know that Granlund would replace him. Linus is one of Europe’s most creative players, but he likes to play with the puck himself a lot. Now the chemistry on that line is even better, they think as one and play in the same style.” 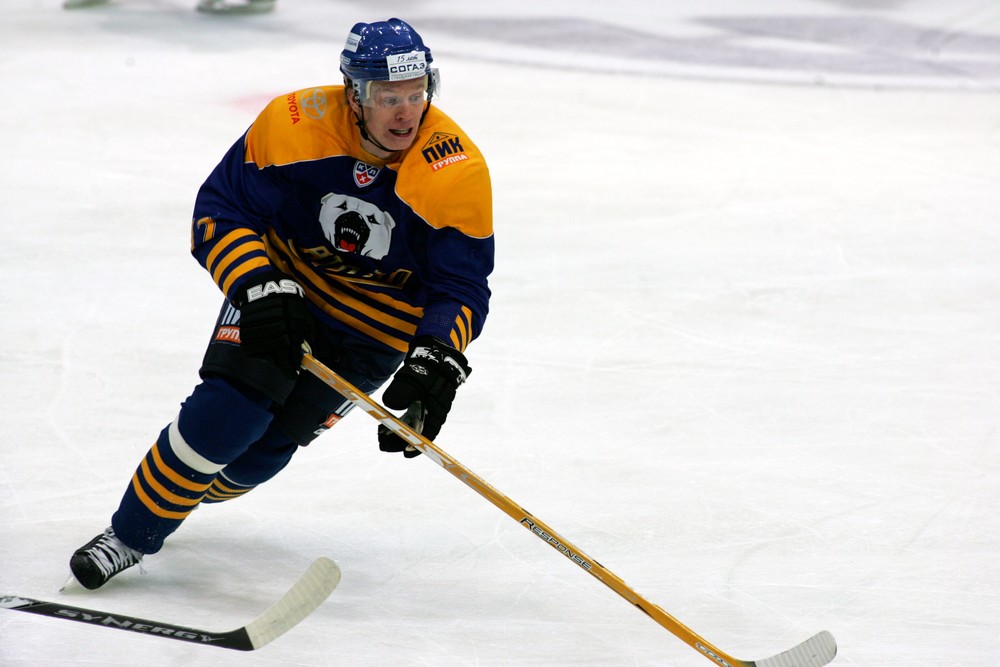 While Hartikainen is celebrating his new Finnish record, Kaspars Daugavins could soon be writing a similar piece of history as the top-scoring Latvian in KHL history. The Vityaz forward moved to 41 (15+26) points with his overtime winner at Sochi on Saturday and is now just three points behind the record tally for a Latvian player in a single season. Lauris Darzins, currently captain of Dinamo Riga, currently holds the record after compiling 44 points in 2010-2011 and again in 2018-2019.

Torpedo defenseman Chris Wideman is currently leading the league in scoring from the blue line — and the KHL rookie puts a lot of that down to the influence of Sandis Ozolins. The legendary Latvian is on David Nemirovsky’s coaching staff in Nizhny Novgorod and that’s made quite an impact on the 31-year-old former Senator. “It helps having a seven or eight time NHL All-Star coaching on the D; honestly, it’s like you’re in awe! Sandis has been awesome, not only helping with the on-ice stuff but just the person he is off the ice, and how he carries himself. He has a wealth of knowledge and he is someone you’d be crazy not to take advantage of and listen to anything that he’s willing to share.”

With just six wins in 48 Junior Hockey League games, Sakhalinskie Akuly are far from the playoff race. But their rare victories will be remembered for the distinctive celebrations that follow each one. These unique, choreographed displays never fail to catch the eye, as we saw recently following a recent success again SKA Varyagi when the Sakhalin team staged a spot of 10-pin bowling on ice.

During the week, KRS Vanke Rays picked up two wins against Biryusa Krasnoyarsk. Brian Idalski’s team won 4-2 on Jan. 15, thanks to two goals from forward Alex Carpenter (who moves to fourth in the scoring race) and two more from defenseman Megan Bozek. In the same game, Noora Raty pulled off what might be the save of the month.

The following day, the Chinese team won again, but this time it went to overtime. The game was tied at 1-1 after regulation but the extras lasted just 22 seconds: Jessica Wong surged forward to pot the winner.

The Rays are currently third in the table, five points adrift of leader Agidel with four games in hand as they look to defend their Women’s Hockey League title.