Man of the Week — Miks Indrasis

KHL.ru’s weekly ‘Man of the Week’ series goes on with Miks Indrasis. The Latvian scorer is currently on a seven-game scoring streak as he tries to get Dinamo Riga up from the last place in the standings.

Dinamo Riga is having a difficult season, with only two regulation wins and 22 regulation defeats accumulated. With only 15 points, the Latvian franchise is currently in the last spot in the standings. However, recently, Riga improved its performance, even if it didn’t translate to a winning streak. In the latest five matches, Dinamo only had one victory, but it was an epic one — in St. Petersburg against SKA. Miks Indrasis had to undergo a long wait to score his first of the season, but recently, he has been in fine form. Against the St. Petersburg powerhouse, Indrasis tied things up late in the third period, converting a rebound after a shot by Kristaps Sotnieks. The flamboyant forward, who also was the player with the most distance traveled in the game, with 5.73 km, is currently on a seven-game streak, with 10 (7+3) points accumulated throughout this span. So far, the Latvian scorer amassed eight goals and seven assists in 21 games.

Miks Indrasis was born in Riga, Latvia, on Sep. 30, 1990. In 2005, he had his debut as a pro with Metalurgs Liepaja. Then he went on playing with different Latvian teams both at home and in Belarus. Indrasis was also one of the national team’s top players at the 2010 WJC in Saskatchewan, Canada. However, that year, the Latvians got relegated, despite Indrasis netted the game-winner in the relegation’s round last match against Team Austria.

First steps in the JHL

One year later, in 2010-2011, Indrasis led HK Riga to a sensational second place in the Western Conference with a top-scorer performance. His 53 (21+32) points in the regular season are still a record for the Latvian side. However, despite the regular season’s success, HK Riga was swept in the first round by Atlant. In 2011-2012, Indrasis had his debut in the KHL against Spartak Moscow, without recording any point. Once again, he was one of the top scorers for HK Riga, scoring more than a point a game with 21 (12+9) in 20 matches. He also had his debut on the senior international stage, traveling with Team Latvia at the 2012 IIHF World Championship in Finland and Sweden. Latvia failed to qualify for the playoff, but Indrasis was productive and helped the team with 5 (3+2) points in seven games.

Indrasis’ career was then tied with Dinamo Riga. The forward enjoyed successes and tribulations with the Latvian side, having ups and downs just like the franchise. After losing 3-4 to Donbass Donetsk in a hard-fought series in 2014, Dinamo never qualified for the postseason anymore. Moreover, Indrasis didn’t have a chance to play in the playoffs that year. However, Indrasis kept on improving, and in 2017-2018 he had a career year, scoring 42 (21+21) points and earning his first — and so far only — call to the KHL All-Star Game in Nur-Sultan, Kazakhstan. By the end of the 2017-2018 campaign, Indrasis lined up in 319 games with the Latvian franchise, with 186 (88+98) points. 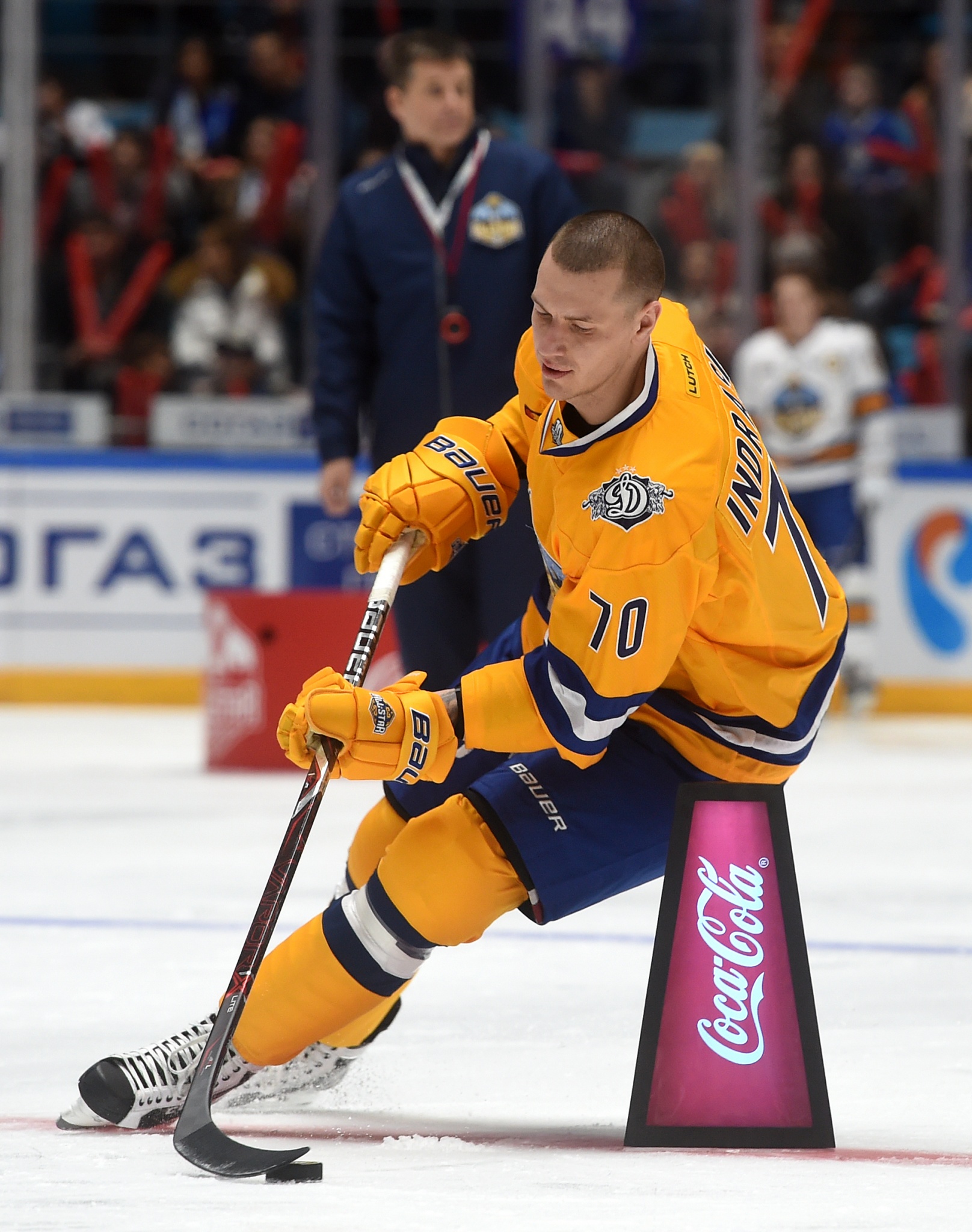 After the productive 2017-2018 campaign, Indrasis was an unrestricted free agent and signed a two-year deal with Dynamo Moscow. Moving from a capital to another, the Latvian international had an excellent first season in Moscow, with 31 (16+15) points in 55 regular-season games, getting the chance to compete for the first time of his career in the Gagarin Cup playoffs. The Blue-and-Whites got rid of Jokerit in the first round, winning the series with a 4-2 score. However, in the Western Conference semifinals, Dynamo surrendered to CSKA, winning only one game. In 11 postseason games, Indrasis had one goal and four helpers for the White-and-Blues. In the next year, however, things changed for the Riga native. The forward had the worst season of his career, for the first time ending in single-digit goals with only six tallies and 24 points. He was also held scoreless in three playoff matches. He picked up some injuries in the 2019-2020 season, so maybe with some more luck, things could have gotten better for the forward.

After the two years spent in Moscow, Indrasis returned to Riga for the 2020-2021 campaign. With Dinamo lagging behind at the bottom of the Western Conference standings, hoping for a playoffs qualification may seem unreal. However, Dinamo’s play of late and the inspiring victory at SKA’s expenses may be a sign of a change of trend, with the Latvian franchise trying to climb up in the standings and — why not — hunt for the eighth seed in the Western Conference. 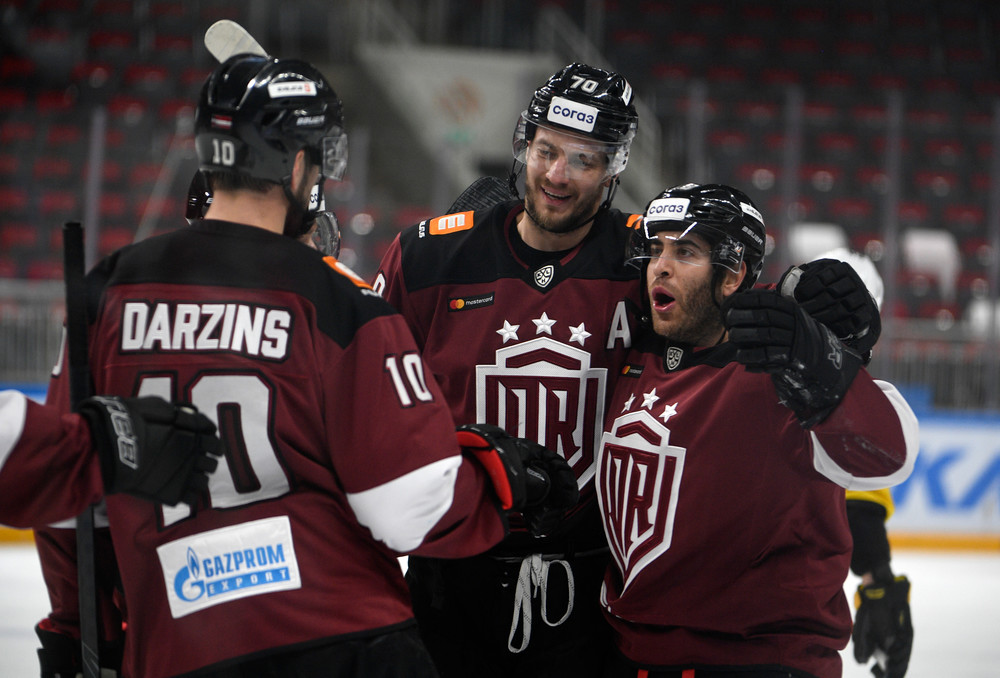