Man of the week — Rodion Amirov

KHL.ru’s weekly ‘Man of the Week’ series goes on with young gun Rodion Amirov, who recently was a hero for Team Russia in Finland.

In the recent Karjala Cup tournament in Finland, when the Russians won all three games against the hosts, Sweden, and the Czech Republic, one of the team’s top scorers was Rodion Amirov. Not only did he score three goals in three games, but the Salavat Yulaev’s forward also wrote a new record. In Helsinki, Amirov netted the Russian opening goals in all three tournament games and became the first player in history to score in his first three games with the national team. The 19-years-old forward also scored his attempt in the shootout against Team Sweden before Vasily Podkolzin claimed a victory for the team led by Igor Larionov at his debut as a head coach. After the tournament, Amirov was named the best forward, having scored 4 (3+1) — trailing only Podkolzin, who had five.

Naturally, his success isn’t limited to the international scene. The forward has already netted three goals at the senior level with Salavat Yulaev this year and has under his belt already 40 games at the KHL level. 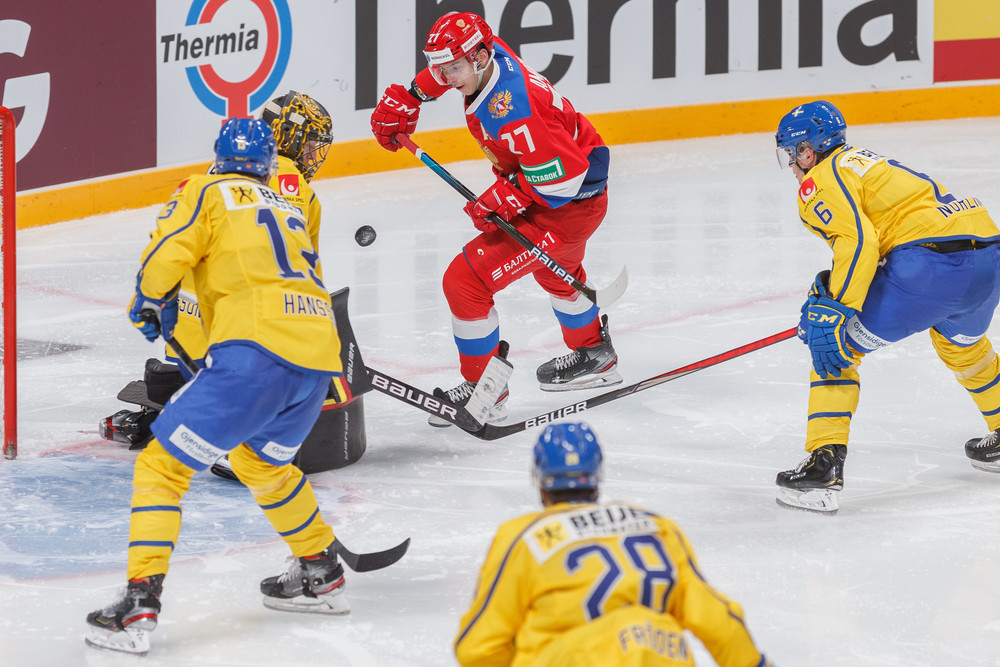 Rodion Amirov was born in the town of Salavat, some 100 miles south of Ufa. “I skated for the first time when I was about five, my father and I used to skate at the local rink,” Amirov told KHL.ru last year. “I got into organized hockey one year later. I watched my first game live with my father in Ufa; I was amazed: a lot of light, noise, a huge arena, and some great play there. It was incredibly cool.”

Amirov started playing in Salavat and was helped by his father, who didn’t have pro hockey experience. “We had our first camp with our local team Yurmata, Rodion got here with his dad,” Amirov’s first coach — Ilya Golovanov — recalls. “I still remember his plastic skates, with the blades are moving apart. We had to start from scratch with him. However, you could see Rodion’s talent since the very first practice. He scored a goal in his very first game against Metallurg Magnitogorsk. I was amazed by Rodion and his father’s work ethic. I also remember how his father taught him to eat correctly. He paid attention to this aspect even during camps.”

The young Rodion then, to pursue a career at a higher level, had to move to Ufa. There, he started scoring right away, but he also had to adapt to a new environment and conjugate hockey and studies. “Practices and away games made it complicated to get to school,” Amirov admits. “But when you’re doing what you love, it’s just a temporary problem. In any case, you need a ton of discipline in everything, be it playing hockey or studying. We, the players, need to always be ready for the fact that one day, for whatever reason, we can be done with hockey. I need to prepare for the future, to study, and get a good education. I need to learn to do something else than sport.” 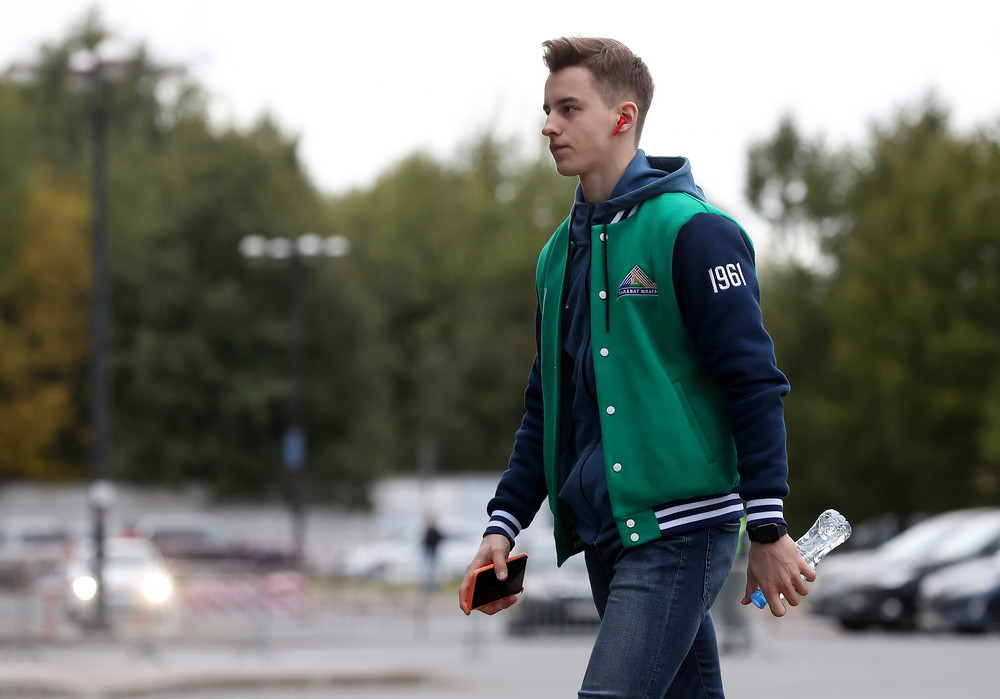 Climbing up the ranks

After being a perennial top-scorer in the different Salavat Yulaev’s junior teams, Amirov climbed up the ranks and started playing in the JHL. In 2017-2018 he had his debut in the JHL, scoring 3 (2+1) points in 12 games for Tolpar, adding a couple of appearances in the playoffs for the Ufa feeder team. He also started playing for the national team, having his debut wearing the Russian jersey in the Czech Republic. In 2018-2019, Amirov finally had his full season in the JHL, showing significant progress and scoring 26 (13+13) points in 31 regular-season games. Earlier in the season, the forward was part of the Russian squad that won bronze at the Hlinka Gretzky Cup in August. Then, in April, the national team traveled to Northeast Sweden to compete at the U18 World Junior Championship. It was an excellent tournament for Amirov, who helped Russia get back home with a silver medal and scored 9 (6+3) points in seven games. He also made it to the post-tournaments All-Stars. In the semifinals, Amirov scored the game-winning shootout against Team USA. “I still remember that game; I think that everyone involved will remember it forever,” Rodion admits. “It was one of the hardest and craziest games in my whole life. We battled with the best team in the tournament and won as a united team. In the finals, I think that the Swedish were a bit luckier than us. We played well, but it hasn’t been enough.” 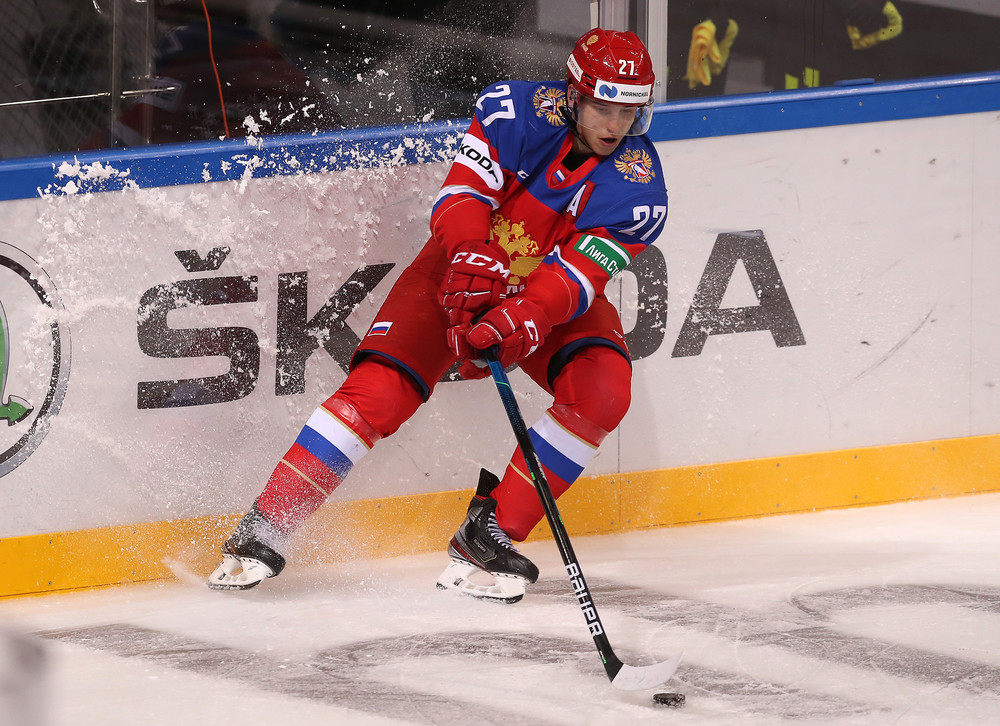 In 2019-2020 Amirov started with more expectations on himself. It also started from a great preseason with Salavat Yulaev, then he had a solid showing at the pro level, in both the KHL and the VHL. However, he failed to score his first goal in the big league. Amirov was also one of the last cuts of the WJC squad. However, the problematic pandemic situation reflected, naturally, on hockey as well, and the season was cut short, leaving Amirov and other young players without valuable ice time and competitions. However, in 2019-2020, Rodion was back stronger than ever. Despite having to sit for several months, Amirov had his first KHL goals and enjoyed an increased role for Salavat Yulaev, also due to injuries to the team’s leaders. In the meantime, he was picked 15th overall at the 2020 NHL Entry Draft by the Toronto Maple Leafs.

Naturally, considering his play at the recent Karjala Cup tournament, Rodion is expected to be one of Team Russia leaders at the upcoming U20 WJC in Edmonton, Alberta. And with his strong play against men in Finland, Salavat Yulaev’s bench boss Tomi Lamsa will try and seek more space for him in Ufa’s lineup. 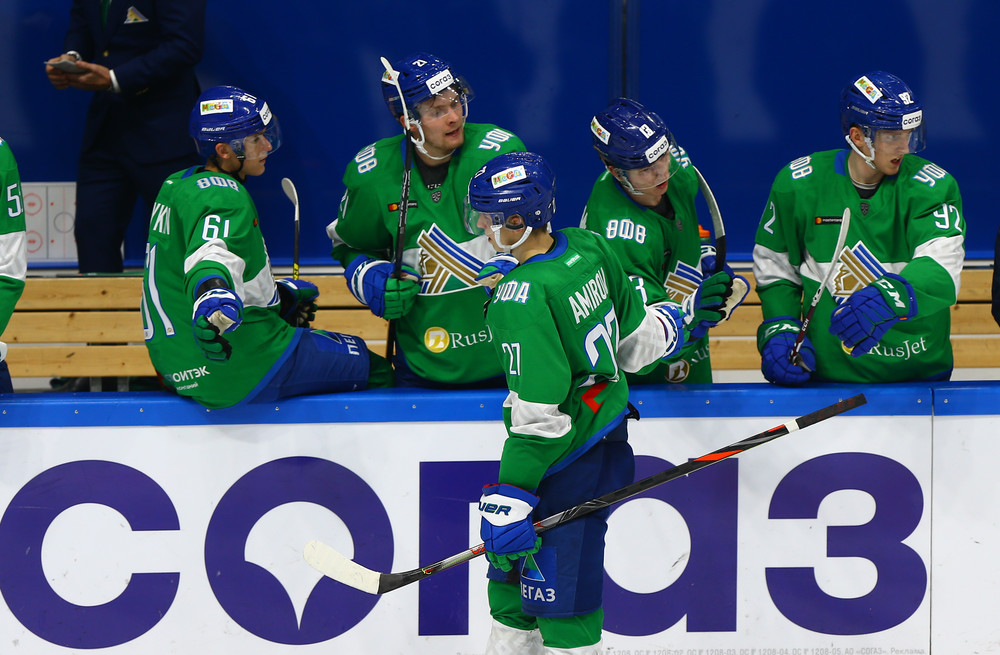