Free-scoring Finnish forward Teemu Hartikainen had a momentous week, setting a new club scoring record in Ufa. His record-breaking goal, though, was overshadowed by his team’s defeat against Kunlun Red Star — the Chinese team at last recording its first win of the season. Teemu’s head coach, Tomi Lamsa, is talking up the excitement of nurturing his team’s young stars, while in Sochi we’ve seen the first big coaching change of the season.

Teemu Hartikainen needs no introduction. The Finnish forward is a bona fide star of the KHL and a living legend in Ufa, his adopted home. Last week saw two new landmarks — a club record with Salavat Yulaev and his a 150th goal in the league. Teemu’s goal against Kunlun Red Star took him to 339 points for Salavat, taking him past Linus Omark’s record. The pair had already left Alexander Radulov trailing. Then, in the next game, the Finn scored on Avangard to bring up 150 goals in the league and help his team to a shoot-out win. Hartikainen is currently 18th on the league’s all-time goalscoring list, just two goals behind current KHL president Alexei Morozov.

Perseverance is a great quality in any sport — and the players and staff at Kunlun Red Star have shown plenty of that this season. Simply getting a team on the ice represented a huge challenge for our Chinese franchise as the COVID fall-out left the club’s pre-season plans in tatters. Once in the game, it took time for results to arrive — but this week saw the Dragons celebrate a win for the first time this season. A 5-3 success at home to Salavat Yulaev on Thursday got Alexei Kovalev’s team firmly off the mark — and means that finally, every team in the league has at least one entry in the ‘win’ column.

Despite that disappointing result, it’s been a solid start to the season for Salavat Yulaev and its new head coach Tomi Lamsa. In particular, the Finn has enjoyed the progress of some of the youngsters on the roster after they were pitched in to deal with a long COVID-related injury list. Not only is he confident that the likes of Rodion Amirov and Shakir Mukhamadullin have big futures ahead of them, he also reckons working with them is one of the highlights of his role. “I like to work with motivated and talented guys, it’s maybe one of the best parts of this job,” he said in an exclusive interview with KHL.ru. “You see their bright eyes, that they have some kind of vision toward where they are going, and you can help them. That’s a big joy of coaching for me.” 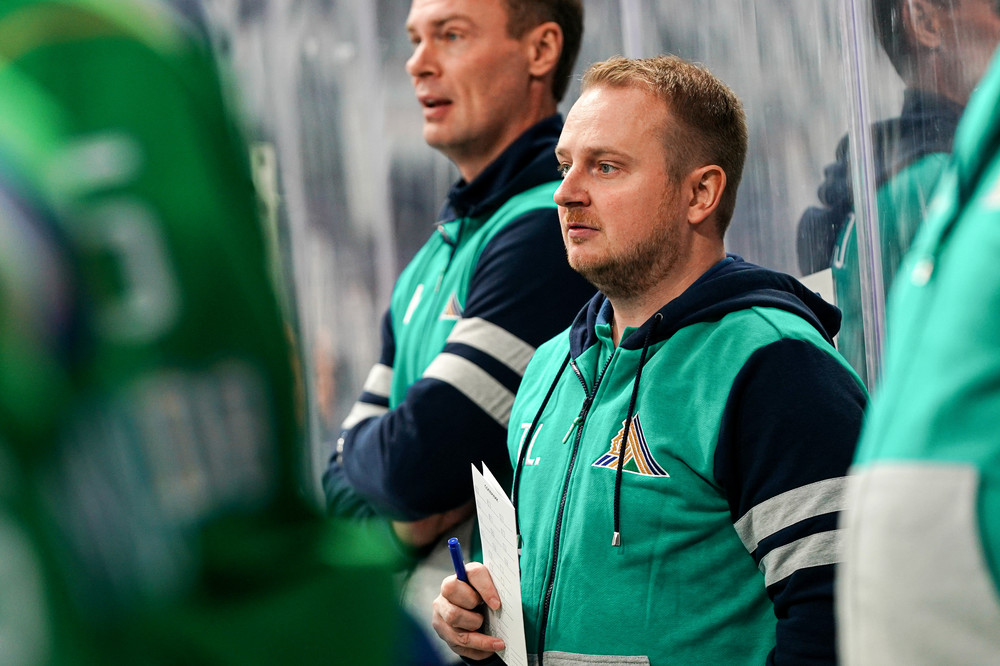 Both Ak Bars and Barys have the snow leopard (‘Bars’ in Russian) at the heart of their identity. But the population of these magnificent beasts is threatened by poaching and loss of habitat, placing it on the global ‘red list’ of vulnerable species. So the two hockey clubs decided to help out by using their head-to-head meetings this season to raise awareness of the snow leopard’s fate and raise funds for the Saylyugesmsky National Park, on the borders of Russia and Kazakhstan, where conservation programs are helping to support the snow leopard. The first of these games was played on Friday, with fans of both teams donating cash to help the big cats.

Alexander Andrievsky became the first head coach to lose his job in the KHL this season. The Belarusian was dismissed by HC Sochi after Monday’s 2-7 loss at home to Avangard. With the Leopards in danger of drifting out of playoff contention, the club management made an unusual choice to replace him: Evgeny Stavrovsky, a 47-year-old from Cherepovets stepping up to his first head coaching role in the KHL. Previously he has worked within the Severstal system and has extensive experience in the JHL and VHL. He began this season as assistant to Andrei Razin at Severstal before taking on the Sochi job. His first game brought a point from an overtime loss at home to Amur.

Torpedo captain Mikhail Varnakov is on the verge of his 700th game in the KHL. He made appearance #699 in Friday’s shoot-out loss at home to Avtomobilist and could reach the landmark on Monday against Kunlun Red Star. The 35-year-old, who numbers SKA, Ak Bars and Dynamo Moscow among his previous KHL clubs, is poised to become the seventh player to feature in 700 games in the league. During that time, he’s compiled 392 (208+184) points and cemented his status as a cult player in his home town of Nizhny Novgorod.