Youthquake! — the KHL week in review

Hockey during a pandemic means teams have to be more flexible than ever about giving young players game time. This week saw SKA name the youngest ever KHL roster, while Salavat Yulaev’s juniors produced a game-winning performance in a barn-burner against Vityaz. No longer a youngster, Jokerit’s Mikko Lehtonen told us a little about what he was doing when he team spent a few days in quarantine before Friday’s game against Sibir.

When SKA entertained Sibir on Wednesday, the Army Men were missing 13 players from the first-team roster. As a result, the club drew deep on its juniors and set a new record. With an average age of just 20 years, 263 days the team selected for the game was the youngest ever in the KHL. Two of the youngest players on the list, defenseman Yegor Zelenov, 18, and goalie Valery Brinkman, 17, did not get on the ice, but even among those who played at least one shift the after age of exactly 21 came in six months below the mark set by Lokomotiv in February. While its true that there were extenuating circumstances, it’s also notable that several of SKA’s youngsters have already earned themselves a role in the KHL. The likes of Vasily Podkolzin and Wednesday’s goalscorer Ivan Morozov have 90 appearances between, while Kirill Marchenko and Danila Galenyuk, both unavailable at present, are already familiar names to followers of our league And the line-up might have been even younger if 22-year-old goalie Mikhail Berdin was replaced by Yaroslav Askarov; the 18-year-old already has three games and one shut-out in the KHL this season.

The invincibility of youth

It’s sometimes said that the younger generation believes it is invulnerable. Maybe that’s why Salavat Yulaev was able to come from behind time after time before beating Vityaz by the odd goal in 11 on Saturday. There was certainly a fresh-faced look to the team’s scoring. Rodion Amirov, 18, scored twice — his first in the KHL — and added an assist. Shakir Mukhamadullin, also 18, got a helper on one of those two and remains the top-scoring defenseman for Salavat this season. Then the game-winner came from 20-year-old Alexei Pustozyorov, making only his second appearance in the league. There was also a contribution from Ilya Baranov — hardly a rookie at 25, but a player more used to life in the VHL. Even the glue that held the team together — Nikita Soshnikov’s four assists — came from a player who, at the age of 26, hardly qualifies for ‘veteran’ status. That’s more evidence of a fine crop of emerging talent.

‘Things are getting better’

Although this week saw more games cancelled due to coronavirus issues, there was good news. Jokerit returned from quarantine, getting back into action with a 5-2 win over Sibir on Friday. Lokomotiv also returned to the ice, albeit with a defeat at home to Neftekhimik, having missed a couple of games due to players with COVID symptoms. And, as KHL President Alexei Morozov stated, the league is doing everything it can to come to terms with a situation that is testing the whole world.

“Coronavirus is not a problem that only affects the KHL, it’s something that the whole world is trying to solve,” he said. “More and more players in the league are recovering and gaining immunity, the situation in the league is getting better.”

Morozov — More and more players are recovering, things are getting better

For teams placed in quarantine, usual hockey training is out of the question. Players and coaches have to isolate, for up to two weeks, while the rest of the league gets on with life as normal. As Jokerit got back into action ahead of its game against Sibir, star D-man Mikko Lehtonen lifted the lid on how he coped during the unexpected break. “We trained by ourselves and tried to keep in good shape — all of the normal off-ice things like jogging, a little bit of biking,” he said in an exclusive interview with KHL.ru. “Actually it’s hard to say yet, but I’ve felt pretty good on the ice and I’m really excited to get back to practice together with the guys. Hopefully this [break] can help us. We could rest a little bit, and now we’re back and really excited to play.” 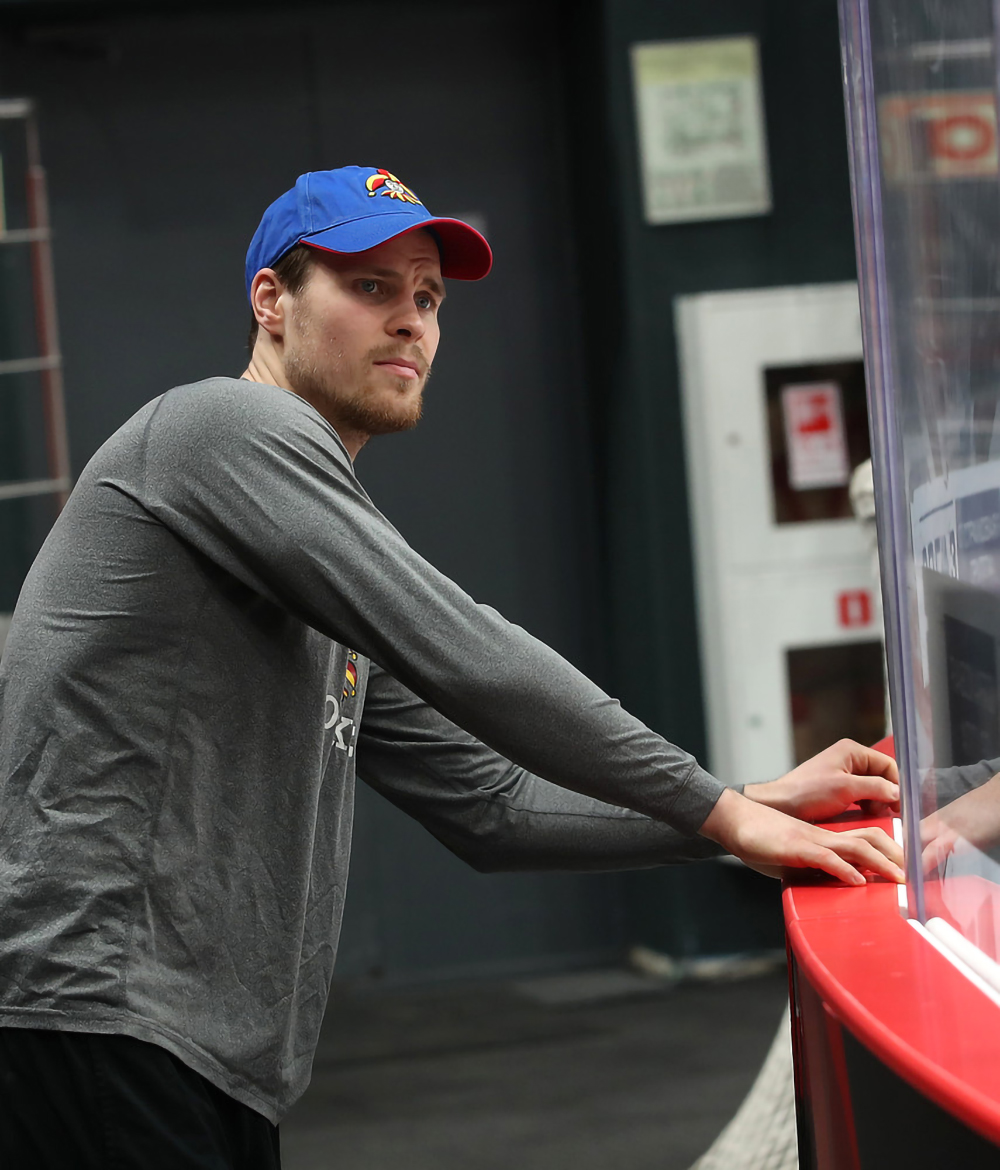 Public health is a huge concern all over the world at the moment — but the problems go beyond the current pandemic. That’s why in Novosibirsk, Sibir was eager to help the national register of bone marrow donors by raising awareness of the need for more volunteers. The wider the range of available donors, the greater chance of helping people diagnosed with leukaemia and other blood cancers. Sibir became the first team in the KHL to set up an event in support of the campaign, with 11 players and 70 fans coming to a temporary clinic at the arena to give a sample for analysis and join the donor register. Sibir forward Alexander Sharov was among those who got involved. “Joining the register isn’t difficult — and it might save someone’s life in the future,” he said. “As athletes, we can set an example, so we decided to let fans know about the need for donors and to see that there is nothing difficult or dangerous about joining the register. We hope that the fans — at all clubs, not just Sibir — will support us in this, just like they support us in hockey.” 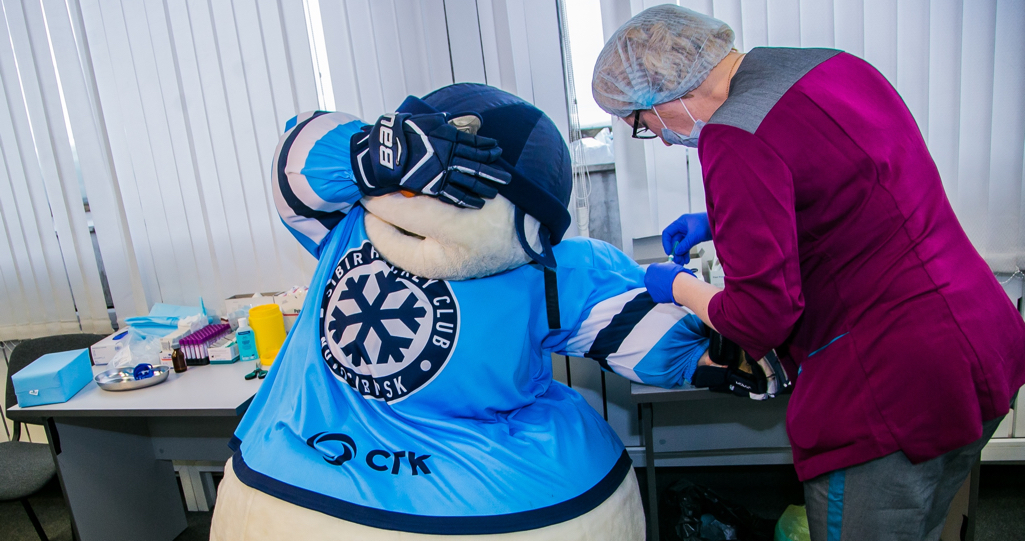 Saturday sees the start of the Russian Women’s Hockey League — and the new season got a big boost with confirmation that last season’s leading scorer, Alex Carpenter, is coming back to defending champion KRS Vanke Rays. The Chinese team won the title in difficult circumstances last season, forced to play an extended series — including all the playoffs — on the road due to coronavirus restrictions back home. Now the club, like KHL outfit Kunlun Red Star, has relocated to Moscow Region, and Carpenter, a five-time World Champion, is looking forward to a new season in a new home. “I’m very excited to head back to Russia with KRS and begin our second season in the WHL,” she said. “It’s always a lot of fun playing with veterans like Rachel Llanes, Megan Bozek and Jessica Wong, and I’m especially excited to play with many of our newcomers like Lindsey Agnew and Alena Mills. We have a great roster and more importantly a great group of women, and I’m excited to get the season started with this new team and begin working towards another championship.” 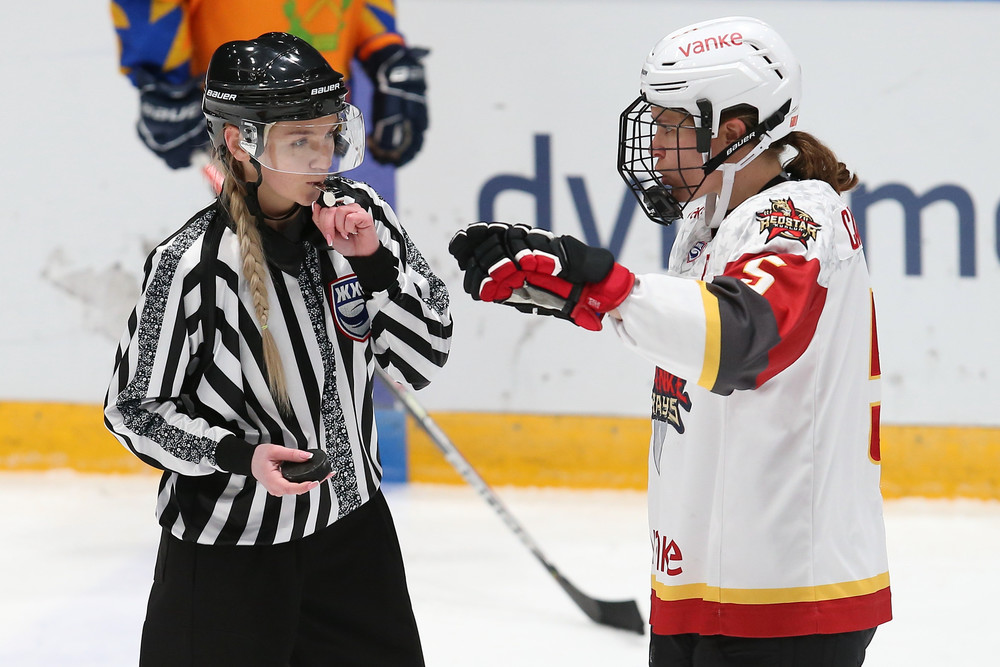