It might only be August 8, but the first silverware of the season has been awarded. Lokomotiv claimed victory at the Sochi Hockey Open, defeating SKA 3-2 in Saturday’s final. In a tournament disrupted by the coronavirus pandemic, there was another prize on offer: the Future Cup, won by Russia U20s after a fourth convincing win over Sochi’s juniors.

Much has been written about SKA’s young stars, but the hero of the Sochi Hockey Open final proved to be a teenager from Lokomotiv. Alexander Daryin scored twice to give his team a 3-2 victory and present Andrei Skabelka with his first silverware as head coach of the Railwaymen.

However, Skabelka was somewhat bemused to be presented with the trophy after Saturday’s win. “We didn’t even know this was a final,” he said after the game. “We just prepared for the game as usual. Those two losses to SKA at the start gave us a jolt, pushed us into being more of a team. Throughout July we trained in two groups and we only got together as a whole team here in Sochi. I don’t think any of the players or directors are worried about winning cups in pre-season.”

Daryin, 19, is yet another graduate of the Loko hockey academy. He made his KHL debut in February, featuring in three games and producing one goal and one assist at the end of the regular season. His progress will also be noted closely across the Atlantic: Daryin was a fourth-round pick for the Coyotes in 2019.

In Saturday’s Sochi final, the teenager opened the scoring midway through the game. After three high-scoring encounters, Lokomotiv and SKA played it cagier this time, but when Loko’s fourth line managed to battle its way to the slot, Daryin reacted fastest to break the deadlock. The lead lasted just six minutes before Linden Vey converted a power play; once again, the Canadian’s connection with Vladimir Tkachyov brought dividends.

Early in the third, Anton Burdasov put SKA ahead. The forward potted his fourth goal of the tournament and secured his nomination as the MVP for the competition. However, he didn’t go away with the trophy. Lokomotiv tied it up midway through the third thanks to the ‘other’ Vladimir Tkachyov and in the last minute a second goal from Daryin won it for Loko. It owed everything to Georgy Ivanov, who produced a breathtaking no-look feed that deceived everyone except his young team-mate.

“We had a good game,” Skabelka concluded. “Lokomotiv got better with each game at this tournament. When we arrived for the start we weren’t quite ready but, like I said before, during the course of the week we managed to improve a few things. As a team, every day made us a little bit better and more coherent.”

For SKA head coach Valery Bragin, there were plenty of positives despite finishing the tournament with back-to-back losses. “We played an interesting four-game series against a good opponent,” he said. “I wouldn’t say that things went downhill during the week. In the third game we lost a bit of concentration after two good victories but today was a good game from both teams, decided by small details.”

Bragin was also asked about two of the Russia U20 players called up from his club — goalie Askarov and forward Spiridonov. “They are two prospects who are part of our system,” said the former Russia Junior head coach. “But in this tournament, the opposition wasn’t good enough to help us draw any useful conclusions.” 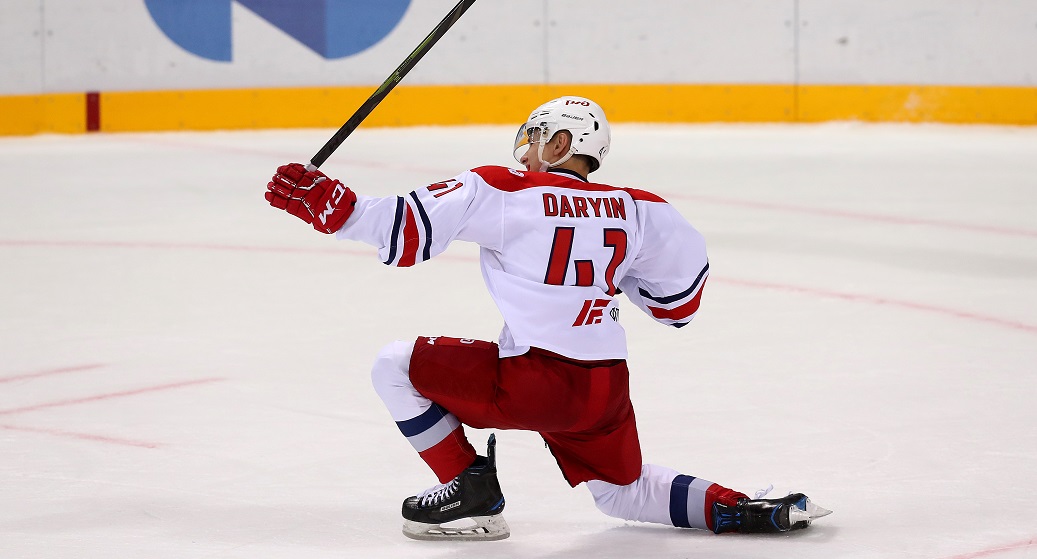 Russia’s Junior selection wrapped up another expected victory over Sochi U20s here to take the ‘Future Cup’ from the Sochi Hockey Open. The decision to create a separate trophy for the two junior teams was partly a reflection of the gap in class between Sochi and the other teams at the competition, and partly a common sense response to the need to minimize contact between different groups of players and limit even the slightest risk of spreading COVID-19 among the teams.

For Igor Larionov’s national team, this was another straightforward engagement. For all Sochi had gained some reward for its pluck when it grabbed a couple of goals in Friday’s 2-4 loss, there was little sign that a moderate JHL team could seriously hope to match the cream of young Russian talent from both sides of the Atlantic, particularly when the Russians had trained together for three weeks prior to the tournament. And so it proved. Two goals midway through the first period — the opener from Artemy Knyazev, who was also named top defenseman for the tournament — set the tone. The scoring continued for the rest of the game, with Yegor Afanasyev scoring twice and Rodion Amirov collecting a penalty shot goal and two helpers.

There was some consolation for Sochi. Anton Muravyov found the net in the third period, and goalie Artemy Pleshkov was named best goalie of the competition. Undoubtedly, he was the busiest of the netminders on view, featuring in three of the four games as Sochi struggled to stay competitive against a stronger opponent.

Russia head coach Larionov admitted he would have liked to have seen his team in action against SKA or Lokomotiv, but accepted that circumstances made that impossible. Instead, he highlighted the work of two young KHL prospects.

“I liked [Neftekhimik forward Maxim] Groshev in this tournament,” the coach said. “He needs the right center to bring his game along, but he has phenomenal capabilities and cosmic speed. I see his potential but we need to find the right way to fully unleash that. We will look after him this season and I hope the coaches at Neftekhimik give him a chance to play, because he deserves that.

“I also had an interesting conversation with [Salavat Yulaev forward] Rodion Amirov. I tried to show him that he understood hockey in a different way: individual play is good, but only when it’s at the service of the team. Today he looked good, so hopefully Rodion took my advice.” 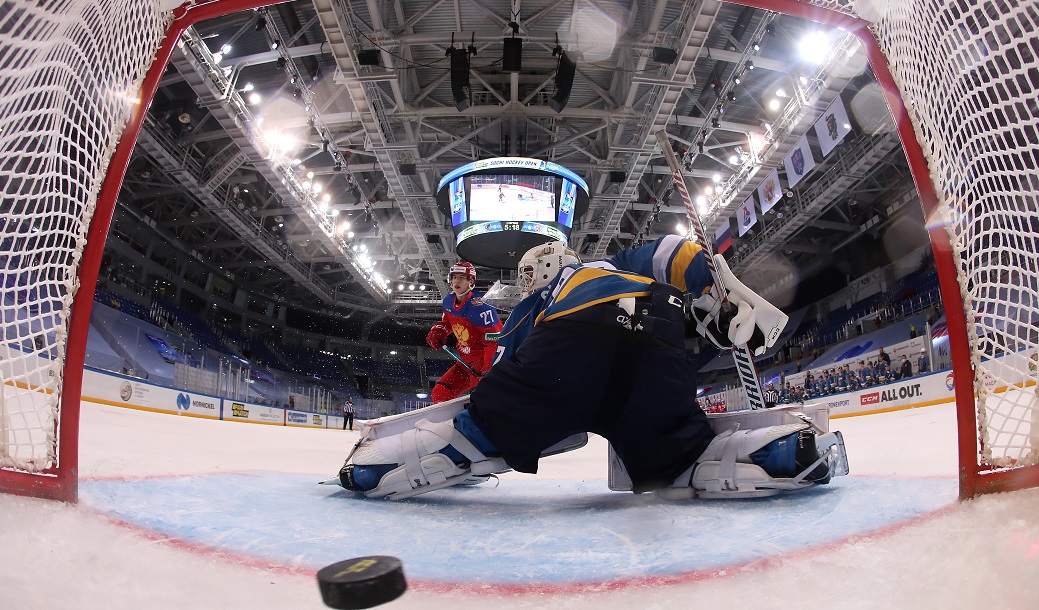