Day two of the Sochi Hockey Open brought just one game — and, just as in yesterday’s encounter, Russia’s Juniors were far too powerful for their brave but limited counterparts from Sochi.

For the second time in two days, Russia’s juniors handed a crushing defeat to their counterparts from HC Sochi. After romping to a 6-0 victory on Tuesday, Igor Larionov’s team went even further this time, piling up 10 unanswered goals.

It’s an unfortunate mis-match, enforced by circumstances beyond the organizer’s control. This morning brought confirmation that two of HC Sochi’s senior team were infected with coronavirus; as a result, the players and coaching are in isolation and the juniors, who normally represent Kapitan Stupino in the JHL, were hastily promoted to take their place.

In reality, it’s a promotion too far. Typically, the Russian Junior team boasts talent to match the pros, but needs work on game management against opponents with significant top level adult experience. This time, age is no leveller and the games are proving to be one-sided. Larionov encouraged his team to play with maximum intensity, despite the obvious gap in class, and his charges heeded his words.

To give Sochi some credit, the youngsters held out a little longer this time: after falling behind five minutes into the first game, today it took until the ninth minute for Yaroslav Likhachyov to open the scoring. Once the floodgates opened, though, the home team was thoroughly drowned. It was 5-0 at the first intermission, Tuesday’s scoreline was matched early in the second and by the final hooter Russia had double figures on the scoreboard. The teams are due to meet once more before the medal games in this tournament; the remaining question is whether Sochi can at least muster a goal against the national team. 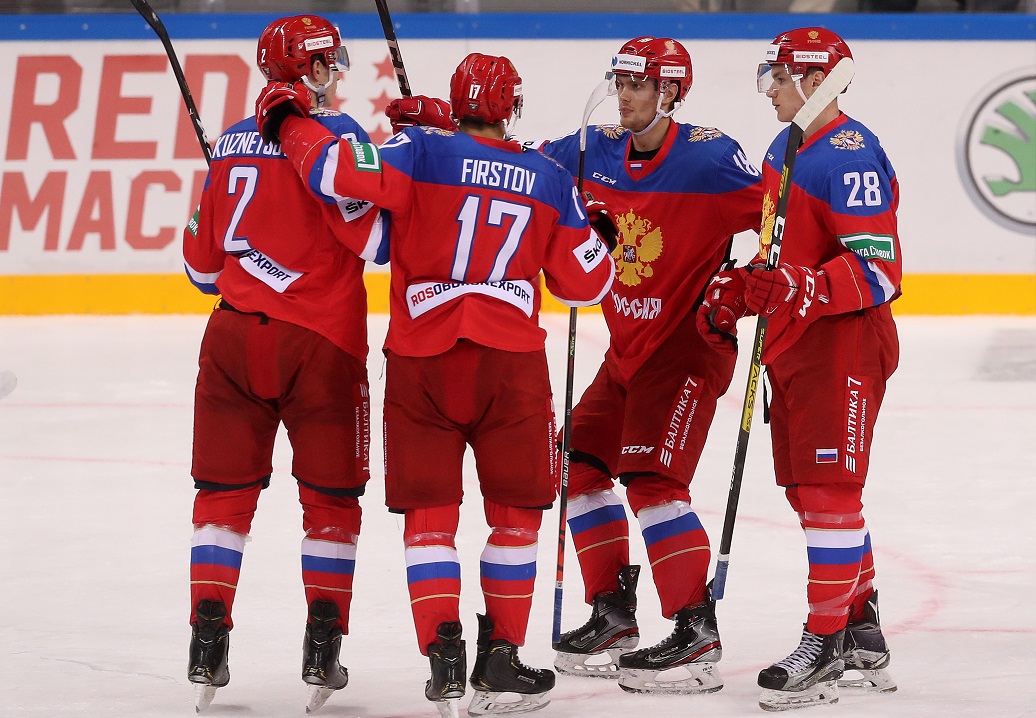