The Sochi Hockey Open got underway, but there was a change to schedule. HC Sochi decided to give this tournament a miss, promoting the club’s juniors to play instead. The youngsters will now have a best-of-three series against Russia’s U20s. In parallel, Lokomotiv and SKA will play their own three-game mini-series, with the winners progressing to a gold-medal game on August 8.

Russia’s youngsters too strong for Sochi

A spectacular ‘lacrosse’-style goal from Rodion Amirov was the highlight of a convincing win for Russia’s juniors in the opening game of the Sochi Hockey Open. The Salavat Yulaev youngster pulled off a special move late in the second period, bursting out from behind the net and slinging the puck over the shoulder of Sochi’s young goalie Artemy Pleshkov.

“It’s something I often work on in practice,” said Amirov after the game. “I’m happy that it came off today. People sometimes call it a ‘Svechnikov goal’, I usually say ‘lacrosse goal’. Maybe after today, our guys will call it an ‘Amirov goal’!”

Amirov’s marker was Russia’s fourth in a convincing victory over a Sochi team compiled from the ranks of Kapitan Stupino, the organization’s Junior Hockey League team. Kapitan was a late replacement for the Leopards’ first team, which opted out of its home tournament yesterday. Maxim Groshev, an 18-year-old who made his KHL debut with Neftekhimik last season, scored twice to lead the Russians. There were also tallies from Ilya Safonov (Ak Bars), Yaroslav Likhachyov (Blainville-Boisbriand Armada) and Mikhail Abramov (Victoriaville Tigres).

For head coach Igor Larionov, the change of opponent was something his team needed to take in its stride. “The main thing for our team is not who we are playing, but how we are playing,” he said. “That was the first thing I told the guys. We have to play the same way, whether we’re up against Sochi’s juniors or Canada’s. We wanted the guys to surprise us; sometimes in junior hockey a player pulls off a move like Rodion Amirov did today.” 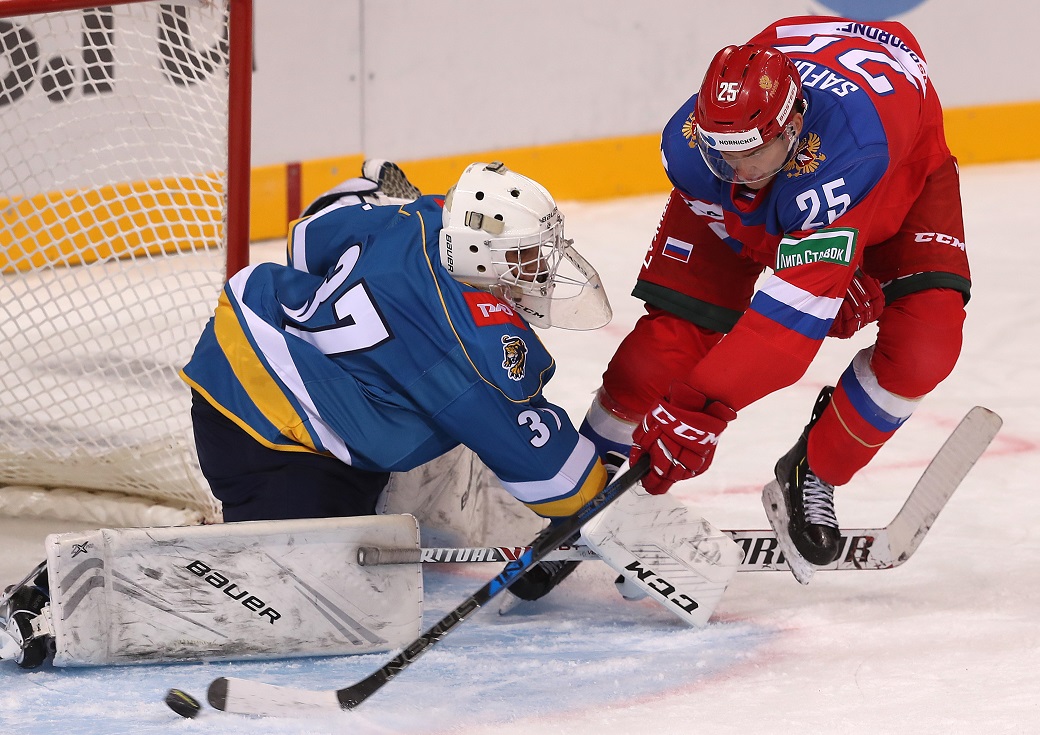 Winning start for Bragin at SKA

Amirov wasn’t the only youngster who caught the eye in Sochi. In the second game of the day, SKA’s Kirill Marchenko — one of the brightest prospects among those who debuted in last season’s KHL — had a goal and two assists as the Army Men steamrollered Lokomotiv. Fellow youngster Danila Galenyuk also found the net for SKA in an impressive display.

There were more positives for Valery Bragin to take from his first time behind the bench with the club. Summer signing Linden Vey had a goal and an assist, as did former Ak Bars man Emil Galimov. There were also goals from Evgeny Ketov and Lukas Bengtsson.

“It was tough after such a long pre-season,” said Galimov. “They gave us plenty of work at camp, so it’s good that we managed to come out and win. We all wanted to come and prove ourselves, we’ve all been missing our hockey. Our line [with Vey and Vladimir Tkachyov] looked quite good but we’ve only been together for three days. Nobody is getting carried away yet.”

Lokomotiv, meanwhile, had plenty of things to worry about as Andrei Skabelka’s coaching debut went off the rails fast. Like Bragin, he named a full-strength roster, including all of his team’s imports, but from the opening moments his team found itself under pressure. A failure to close down Ketov led to the first goal after just 1:36 of play; later defensive and goaltending errors compounded Loko’s difficulties.

“It was our first game after a long camp and it didn’t go well,” admitted Skabelka afterwards. “We only created a few chances in the first and second periods, overall SKA was quicker and we struggled to keep pace with our opponent. We spent too long thinking about what to do. We’re a long way from playing instinctively, and you can see the result today.” 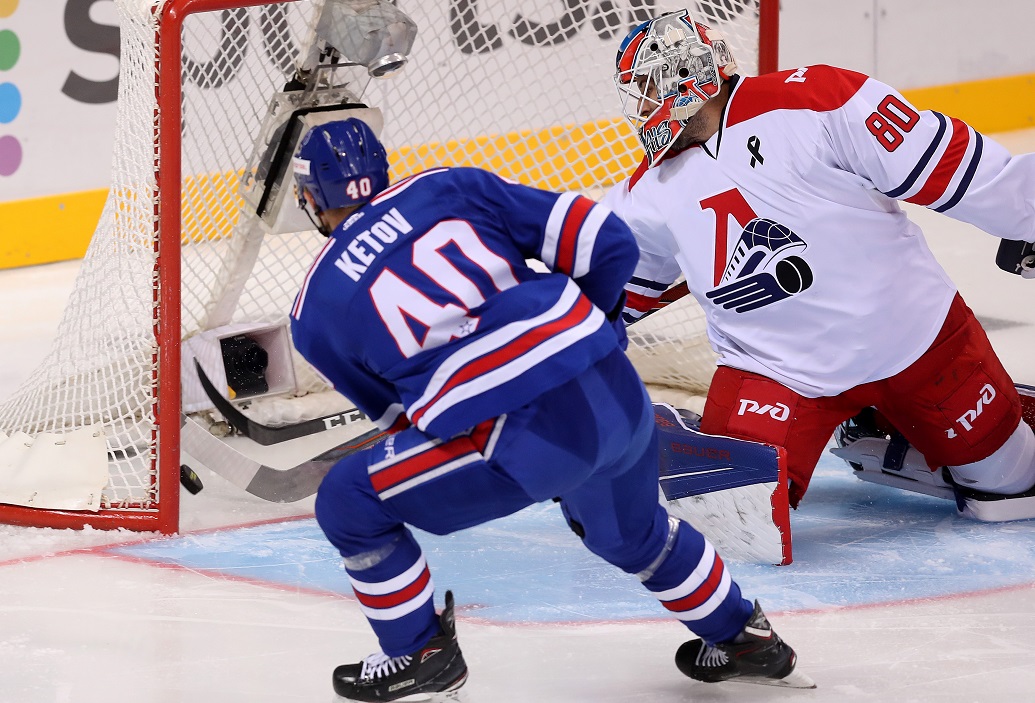 As well as the action in Sochi, there was one other exhibition game played on Tuesday. Ak Bars entertained Neftyanik Almetyevsk of the VHL and Dmitry Kvartalnov’s youthful roster edged a victory by the odd goal in five.

The first line saw 18-year-olds Alexander Lyubchich and Artyom Galimov in tandem, two of seven players making their first appearances of the summer. Alexander Kvartalnov — no relation to the head coach — made his senior debut; the 17-year-old had previously played in the Junior Hockey League. There was also some experience in the ranks: Danis Zaripov, Viktor Tikhonov and Alexander Burmistrov all featured for the first time, but in-form Stanislav Galiyev was rested after posting five points in two games against Neftekhimik.

Tikhonov opened the scoring early in the game, but Ak Bars did not have it easy against its lowly opponent. Vsevolod Yastrebkov missed a penalty shot when he might have tied the game late in the first, and the middle stanza saw the visitor move in front with two unanswered goals. Stanislav Alshevsky tied the scores before Daniel Nasybullin made it 2-1 to Neftyanik.

A breakaway goal from Artyom Lukoyanov tied the game at the start of the third, and Albert Yarullin got the winner in the 54th minute. Although the goals came from the experienced names on the teamsheet, Kvartalnov and hotly-tipped youngster Alexander Khovanov provided the assists on that decisive play.