Man of the Week – Harri Sateri

KHL.ru's weekly 'Man of the Week' series goes on with the Finnish goaltender, who just immensely helped Sibir Novosibirsk get through the first round of the playoffs for the first time since 2015-16, which was also the team's last postseason appearance.

"Our goalie is a hero!" – Sibir's defenseman Alexander Loginov told KHL.ru after game four was over in Ekaterinburg, with the Finn goalie stopping another 36 shots as the Siberian side won 2-1 to qualify for the second round. Sateri was nothing short than phenomenal for Sibir, posting a saves percentage of 96.1% with a goals-against average of 1.45 in five games – including two shutouts. As a result, Sibir won the series with a 4-1 score, despite being the fifth seed and playing three road games. In his fourth season in the KHL, Sateri posted a career-low of 2.14 goals allowed, contributing with two shutouts to Sibirs' appearance in the postseason.

Harri Sateri was born on Toijala, Finland, a town some 40 kilometers or 25 miles south of Tampere. The goalie started playing in Tampere, for the local Tappara – one of the top clubs in the country, and 14-times Finnish champion. Other players from Tappara in the KHL include Admiral's Juho Olkinuora, D-man Tuukka Mantyla, goalie Mika Noronen, and forward Perttu Lindgren. Sateri's teammate in Sibir Jukka Peltola hails from city rivals Ilves. Many other KHL players played for Tappara in the past: Salavat Yulaev's Juha Metsola, SKA's Jori Lehtera and Jarno Koskiranta, Neftekhimik's Jonas Enlund (who played five seasons in Novosibirsk), and forward Ville Nieminen. Sateri also played in the HPK system before moving back to Tampere, where he played in the junior leagues until the 2007-08 season. In the 2008-09 campaign, Sateri finally had his debut in the big league, but it wasn't a good season for Tappara, who had to play the relegation round. He will spend the next two seasons in Tampere before signing with the San Jose Sharks, who drafted him in 2008. However, he will play a third season in Tampere in 2010-11, assigned there by the Sharks.

After playing a handful of games in the AHL in 2011, Sateri had his first full season in North America in 2011-12, playing for the Worcester Sharks in the AHL. He will not have his debut in the NHL, spending three full seasons with San Jose's farm team. Sateri played 139 games wearing the Worcester jersey, posting four shutouts. However, after playing out his entry-level deal with the Sharks, Sateri didn't renew his ties with the NHL franchise and decided to return to Europe.

In the 2014 offseason, Harri Sateri inked a one-year deal with Vityaz, after the Moscow Region franchise traded with SKA to obtain his rights after St. Petersburg picked him in the 2009 KHL draft. After an excellent first season, Vityaz and Sateri agreed on a new, two-year deal. In the 2016-17 season, the Finn goalie was one of the key reasons why Vityaz reached the playoffs for the first time in their history in the KHL. However, they lost to SKA with a 0-4 score, and Sateri's strong play wasn't enough to stop the march of the St. Petersburg's Army men, who will eventually conquer their first Gagarin Cup later on. After the KHL season, Sateri was the starting goalie for Team Finland at the 2017 IIHF World Championship in France and Germany, but the Finns returned home with no medals after a 3-5 loss to Russia in the bronze medal game. After his deal with Vityaz run out, Sateri opted for the second attempt in North America. 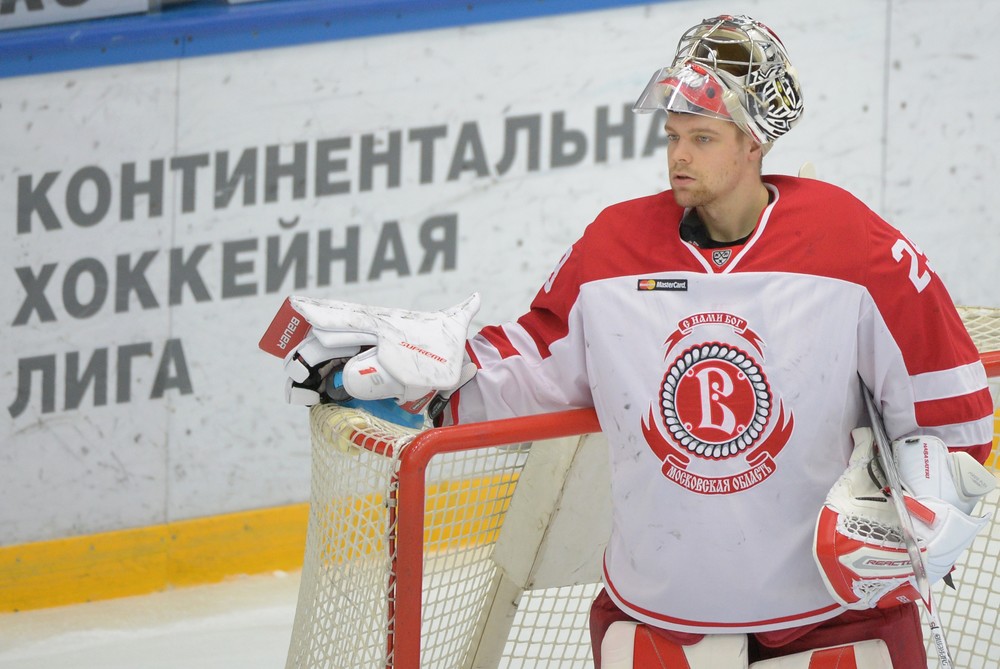 Following a strong 2017 IIHF WC, Harri Sateri signed with the Florida Panthers of the NHL. Interestingly enough, on the same day, the Panthers also announced having signed today Barys' forward Curtis Valk. His season in Florida brought mixed results. He posted good numbers in the AHL and made a good impression when he was brought up to the NHL as an emergency goalie for the Panthers, but in the end, the club decided to part ways with him after only one year. He represented again Finland at the 2018 IIHF WC in Denmark when the Finns had a disappointing quarterfinals exit against Switzerland. For the 2018-19 season, Sateri signed with the Detroit Red Wings. However, he didn't play in the NHL for Detroit, spending the whole season with their affiliates in the AHL, the Grand Rapids Griffins. Once again, Sateri decided to sign in the KHL.

Following his return to Europe, Sateri inked a one-year deal with Sibir Novosibirsk for his fourth season in the KHL. He started the right way, and was awarded Goalie of the Month honors in October when he posted a saves percentage of 95.29% (facing 191 shots) and a goals-against average of 1.18, including a shutout streak of 140 minutes and 02 seconds. In that span, Sibir and Sateri had a five-game winning streak. Sateri had an exceptional regular season, with 20 wins, two shutouts, a saves percentage of 92.1% and a GAA of 2.14. In the playoffs' first round, he was instrumental for Sibir to kick out Avtomobilist in the first sensation of the Gagarin Cup run. After all, the playoffs are perfect for heroic play, and it will be interesting to see how Sateri will fare in the second round. Further heroics will be welcome by the team's head coach, Nikolai Zavarukhin. 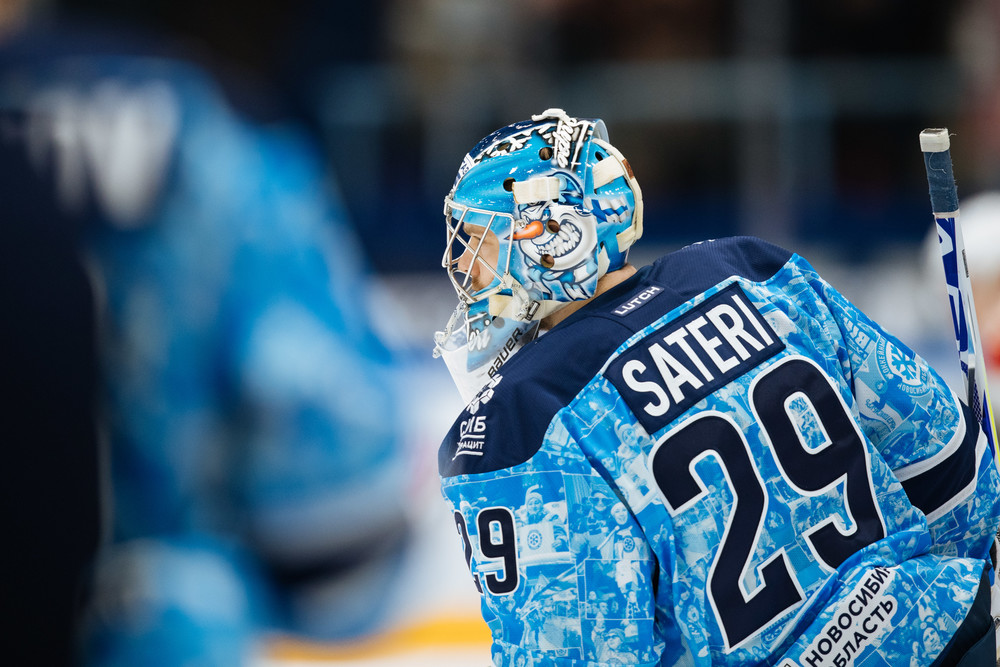