Crowds up, ages down, CSKA on top – KHL week in review

The final days of the regular season confirmed a fifth trophy in six years for CSKA. The Army Men took top spot with one of the youngest rosters in a league that is more youthful than ever, and claimed the crown in front of ever-increasing attendances.

The regular season came to an end last week and with it, some of the first prizes of the season were awarded. CSKA claims the Continental Cup after topping the table by a single point from Ak Bars and SKA. The Army Men collect the trophy for the fifth time in six seasons after a last-day win over HC Sochi. Closest rival Ak Bars missed out on the crown after losing at home to Avtomobilist.

Among the individual honors, Dynamo’s Vadim Shipachyov was the leading scorer of regular season. He posted 65 (17+48) points to finish two points ahead of team-mate Dmitrij Jaskin. CSKA’s Kirill Kaprizov was the leading goalscorer with 33. Jokerit’s Mikko Lehtonen was the leading scorer among defensemen with 49 (17+32), and he continued that form with 3 (1+2) points in his first playoff appearance of the year. Goalie Ilya Sorokin led the way with nine shut-outs for CSKA, while team-mate Lars Johansson had the best GAA at 1.40. Alexander Samonov, who divided his time between Vityaz and SKA, stopped 94.7% of shots faced to lead on that metric.

The end of the regular season also brings the final stats about attendances at KHL games – and once again, it’s good news. For the third year running, the league has seen its average crowds increase and this year’s average of 6,492 is a new record for the KHL. Nine clubs have recorded year-on-year increases over the last three seasons and three of them – Barys, Sochi and Spartak – have seen progressively bigger crowds in each of the last five campaigns.

Part of the attraction is the growing competitiveness of the league. This season saw one in four games go to overtime – a sharp increase compared with one in five last year. 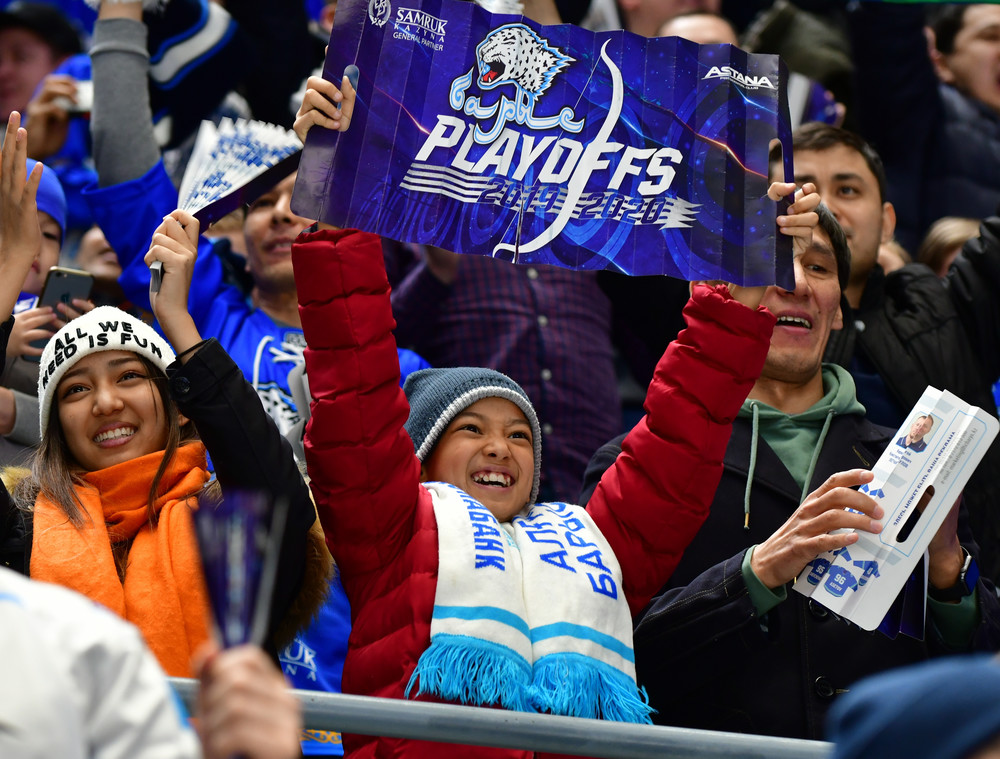 Youngsters get their chance

The KHL is younger than ever. This season, almost 10% of the players involved were eligible to go to the World Juniors. The final figure – 9.74% – was up significantly from the 7% seen in recent years. And youth is no barrier to success, as CSKA proved. The Army Men had an average age of 26.79 this season, making them the third youngest regiment in the league as they won the Continental Cup. Meanwhile, Lokomotiv finished its regular season with an unprecedented roster of home-grown talent. Mike Pelino iced a line-up with an average age of just 21 years and 184 days. That’s the youngest ever, and also the first KHL roster to be drawn entirely from products of one club’s hockey school. 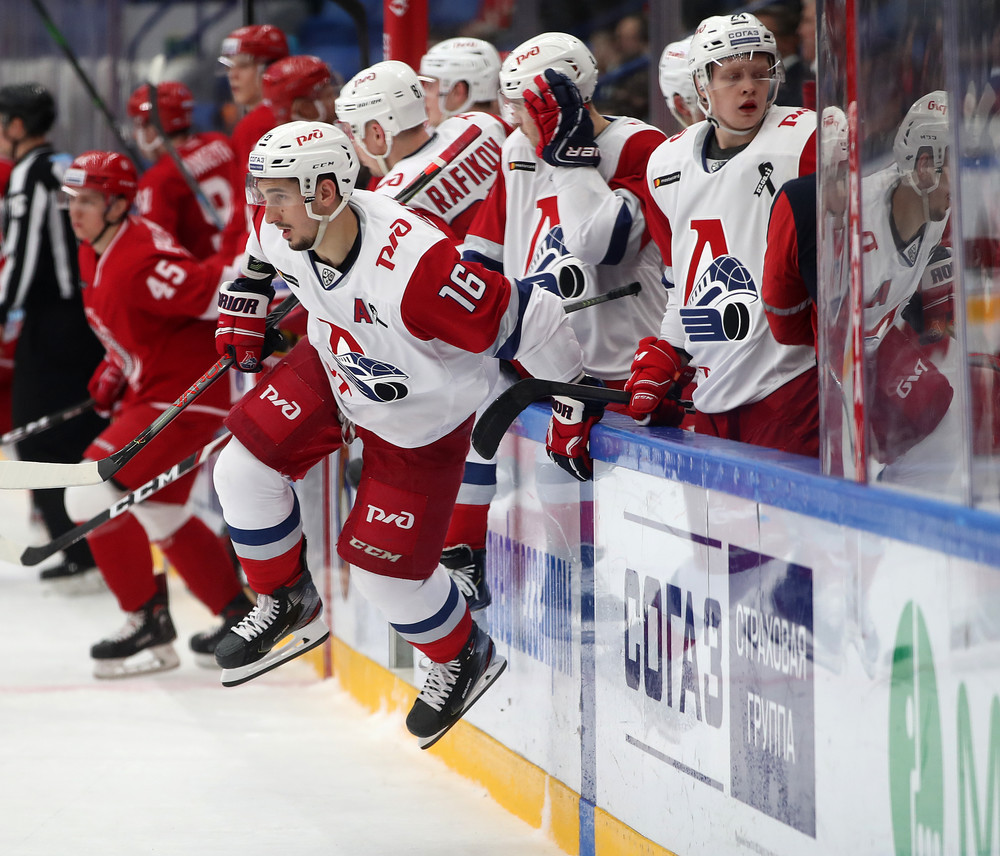 Playoffs start with a flurry of goals

March 1, the first day of spring, saw the opening action in the 2020 Gagarin Cup playoffs. And goals were blossoming in all four games, with 24 scored in total. SKA and Jokerit led the way, defeating Vityaz and Lokomotiv 6-1 and 6-0 respectively. In keeping with one of the themes of the season, 19-year-old Kirill Marchenko scored twice in his first playoff outing. In the East, Avangard defeated Salavat Yulaev 5-2, while Barys blanked Metallurg 4-0.

East: Barys, Avangard get off to flying starts. March 1 playoffs

KHL Vice President for Hockey Operations, Georgy Kobylyansky, has stepped down from his post. With the season in full swing, and a large part of the KHL’s operations demanding direct oversight from this position, Sergei Kozlov will take over Kobylyansky’s responsibilities in an interim capacity until the end of the playoffs. 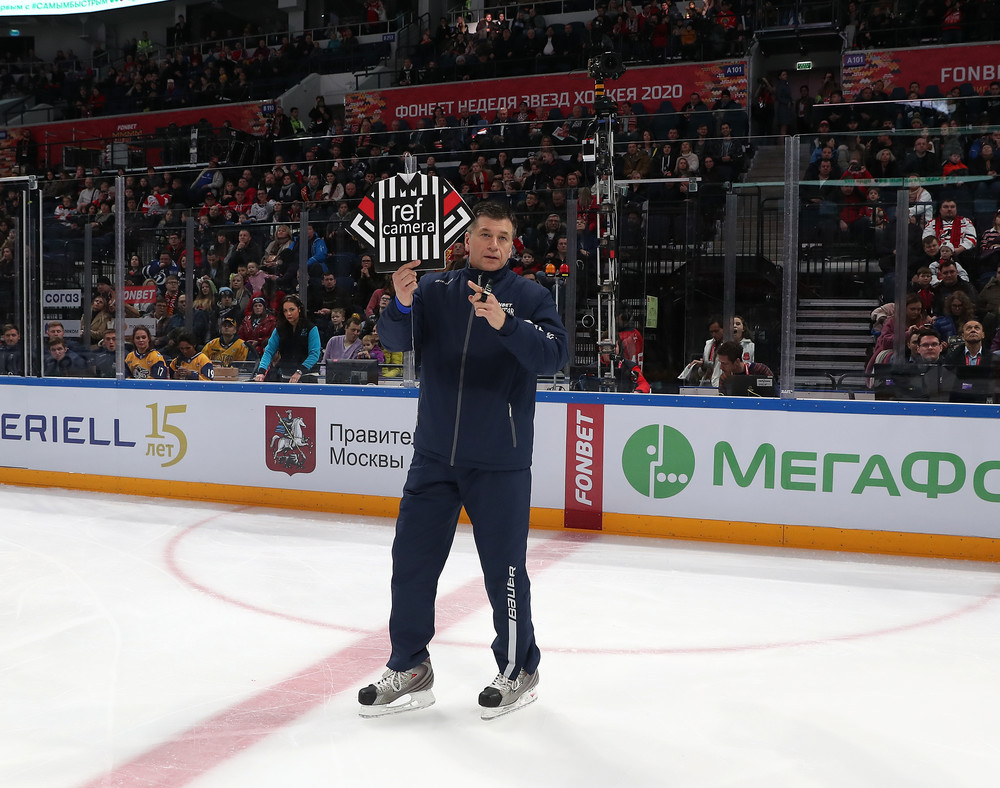