It’s been a week of notable goals. Veteran marksman Sergei Mozyakin set yet another record when he potted his 400th goal in the KHL as Metallurg won at Torpedo, while 18-year-old Vasily Podkolzin got his first tallies in the league to help SKA secure a playoff place.

Five get set for the playoffs

Four more teams joined CSKA in securing a place in this year’s playoff this week. In the West, SKA got there during the week and was joined by Jokerit after the Finns enjoyed a four-point weekend with wins over Kunlun Red Star and Neftekhimik. In the East, leader Ak Bars got over the line with Saturday’s 3-2 win at Avtomobilist and Avangard joined the Tatars with a 6-1 thrashing of Metallurg on Sunday. CSKA, meanwhile, guaranteed a top-two finish by defeating Sibir on Sunday and securing top spot in the Tarasov Division.

The KHL’s top scorer reached another milestone on Friday when he potted his 400th goal in the league. The Metallurg forward, now 38, got there in his 778th game. Not surprisingly, he’s the first player to reach this landmark. Indeed, so great is Sergei Mozyakin’s dominance of the Russian game that only two other players have tallied 250 goals in the KHL – Danis Zaripov (278) and Nigel Dawes (264). Of those goals, Mozyakin has scored 301 for Metallurg: only 10 players in the history of Soviet and Russian hockey have more than 300 goals for any one team, and they all date from the Soviet era, when players were less likely to move from club to club.

A player at the other end of his career from Mozyakin, Vasily Podkolzin is one of the most talked-about prospects in Russian hockey. Captain of the team that took silver at the World Juniors earlier this month, drafted in the first round by the Canucks last season, the 18-year-old has a big future ahead of him. And today’s SKA team is set up ideally for him to flourish, with Alexei Kudashov eager to give young players a chance to impress in Petersburg. So it’s fitting that the youngster got his first goal in the KHL in one of his club’s biggest games of the season against Army rival CSKA. And his effort, a fine combination of pace and skill, underpinned Podkolzin’s burgeoning reputation as a player to watch for the future. Two days later he followed that up with another goal in a 7-4 win over Barys and Sunday saw him extend his productive streak with an assist in a 4-3 success at home to Torpedo.

Jokerit, as mentioned above, booked its playoff place this weekend. But Lauri Marjamaki’s team also showed its character as it twice turned defeat into victory. The circumstances were different each time, but back-to-back 4-3 wins against Admiral and Red Star went a long way towards confirming that top-eight finish. First came the game against Admiral, a team battling hard to make the playoffs in the East. Three times the visitor got in front, and the 3-2 lead endured until the last minute. Then, with 26 seconds on the clock, Sami Lepisto got a game-saving goal … and followed it up with an overtime winner. Two days later, another Eastern playoff contender came to town and Kunlun celebrated the dawning of the Chinese Year of the Rat by racing into a 3-0 lead inside 22 minutes. But the rat was caught in a Finnish trap: two goals from Jesse Joensuu led a Jokerit revival and Mikko Lehtonen potted a power play winner with 90 seconds to play.

Fraser to stay in China

Kunlun Red Star head coach Curt Fraser has agreed a one-year extension with the Beijing team – and is set to stay in China until the 2022 Olympics. KRS Vice-President of Hockey Operations, Scott MacPherson, said on Sunday: “We are pleased to have Curt Fraser returning for next season. He’s a quality guy whom the players love playing for. We will start with this extension and begin work on a long-term deal that will take Coach Fraser through the Beijing Olympics.” The club also hopes to secure the services of Fraser’s coaching colleagues Steve Kaspar, Alex Kovalev and Dusty Imoo on longer-term deals. 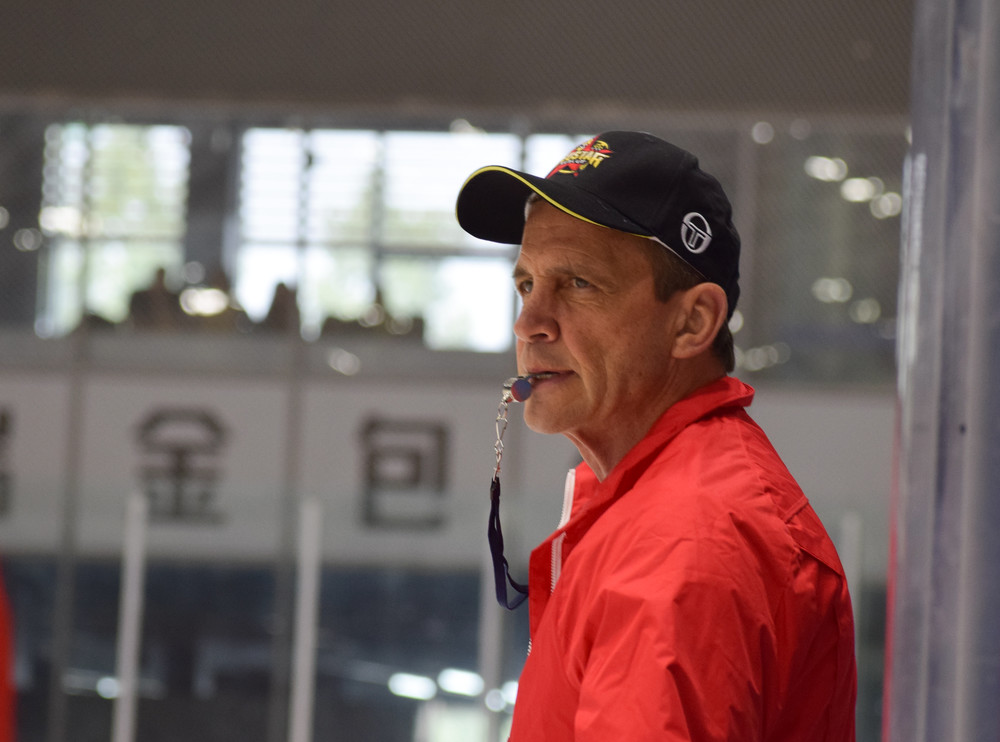 Boost for Kovar and Avtomobilist

Saturday’s game between Avtomobilist and Ak Bars was marred by an injury to home goalie Jakub Kovar. The Czech was stretchered off the ice after a collision with Denis Bodrov and there were fears that he had suffered a concussion in his team’s 2-3 loss. However, further medical tests ruled out concussion, paving the way for a quicker return to action. “The suspected concussion was not confirmed by a CT scan,” Avtomobilist director Maxim Ryabakov told RIA-Novosti. “Therefore his recovery should not take so long. It’s unlikely he will play against Barys on Monday, but we can count on him in future games. At least, we hope so.”

Avangard head coach Bob Hartley knows his hockey memorabilia. And one of the highlights of that collection is a rare stick used by legendary Soviet goalie Vladislav Tretyak. When the two met at the FONBET 2020 All-Star Week, Tretyak was happy to sign the stick for the Canadian coach.