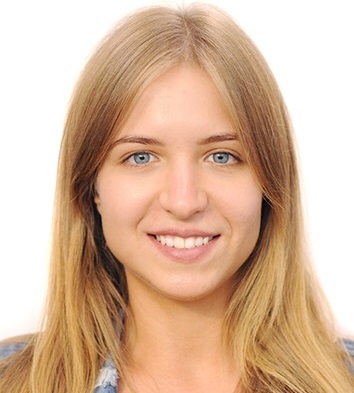 Moscow is excited to greet the heroes of the All-Star Weekend – and that doesn’t just mean the players. An event like this would be nothing without the thousands of fans who filled the arena for Saturday’s Skill Show and returned for more at Sunday’s All-Star Game. The whole show is designed especially for them, and their support, year after year, is what makes the All-Star action so special for everyone involved.

Many of those at the VTB Arena yesterday had travelled thousands of kilometres to be a part of it all. The tribunes were a riot of different colored uniforms, from Admiral and Amur in the Far East to Salavat Yulaev and Sibir, Barys and Avtomobilist. Team rivalries for once forgotten, everyone was united in the love of the game. 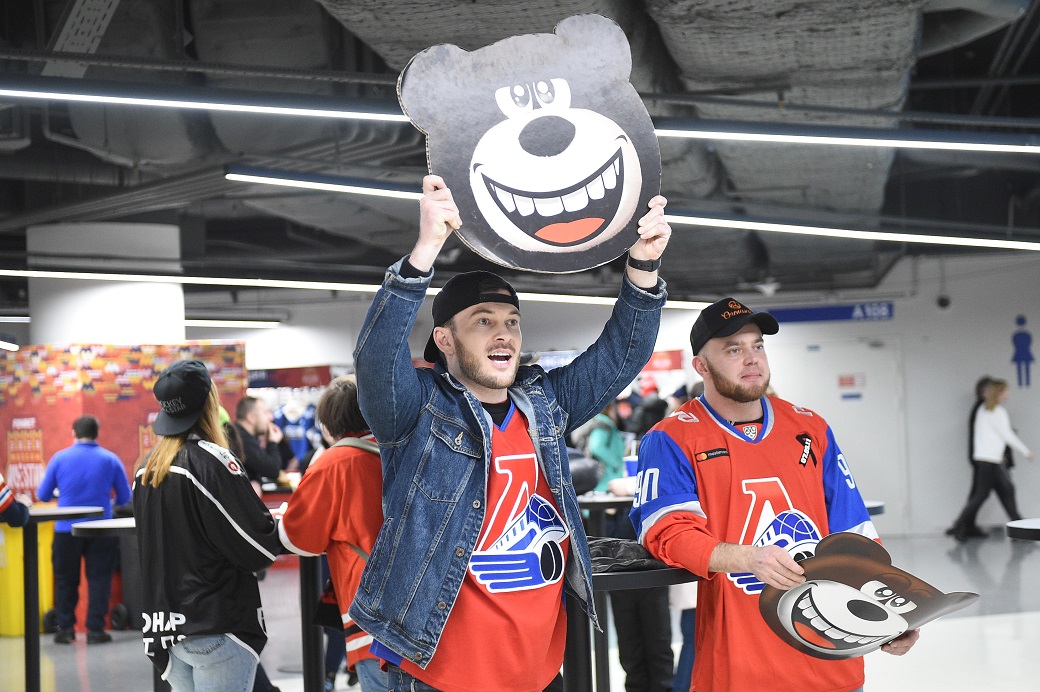 Spartak fan Viktoria Kurochkina was enjoying her first All-Star Weekend – and it more than lived up to expectations. “The opening ceremony was incredible and using time as the overall theme was a great idea,” she said. “Our goalie, Julius Hudacek, had a New Year theme for his show and, as usual, he put on a great performance. It’s great to see how creative the players can be.”

At the All-Star events, fans don’t just root for the players from their own clubs. It’s a chance to enjoy the skills of all the top players in the KHL. Konstanin Kharlampiyev, an Admiral fan, made the long journey from Vladivostok to Moscow and was greatly impressed by Salavat Yulaev goalie Juha Metsola. “I really liked the way he made his saves,” Konstantin said. “He did a really good job. I’ve followed his career since he came to the KHL, when he started at our neighbor in Khabarovsk.” 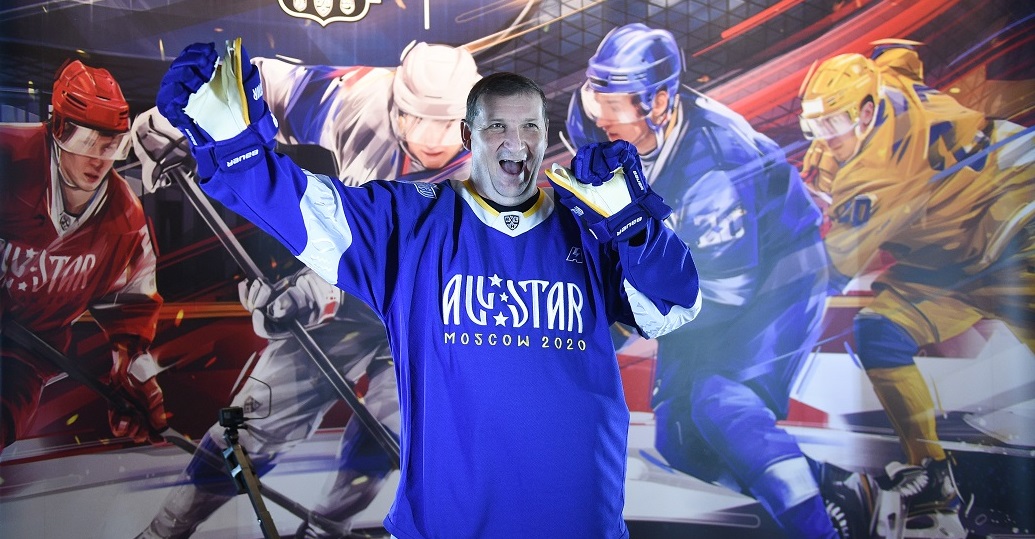 Lots of fans are now based in Moscow but took the opportunity to remember their roots and cheer for the players from their hometown teams. “Our family moved to Moscow from Kazakhstan six years ago, so of course we had to come along and cheer for Darren Dietz, our captain on Team Chernyshev,” said Barys fan Olzhas Akimulov. He was watching the show with his children and there were all greatly impressed with Dietz’ Pushkin recital.

Others have lived in Moscow all their lives, but still support teams from the regions. Kirill Sorokin, a Muscovite who supports Sibir, said: “I brought the whole family to cheer for Team Kharlamov. We were looking forward to a real show and we weren’t disappointed. And that’s just the first day!” 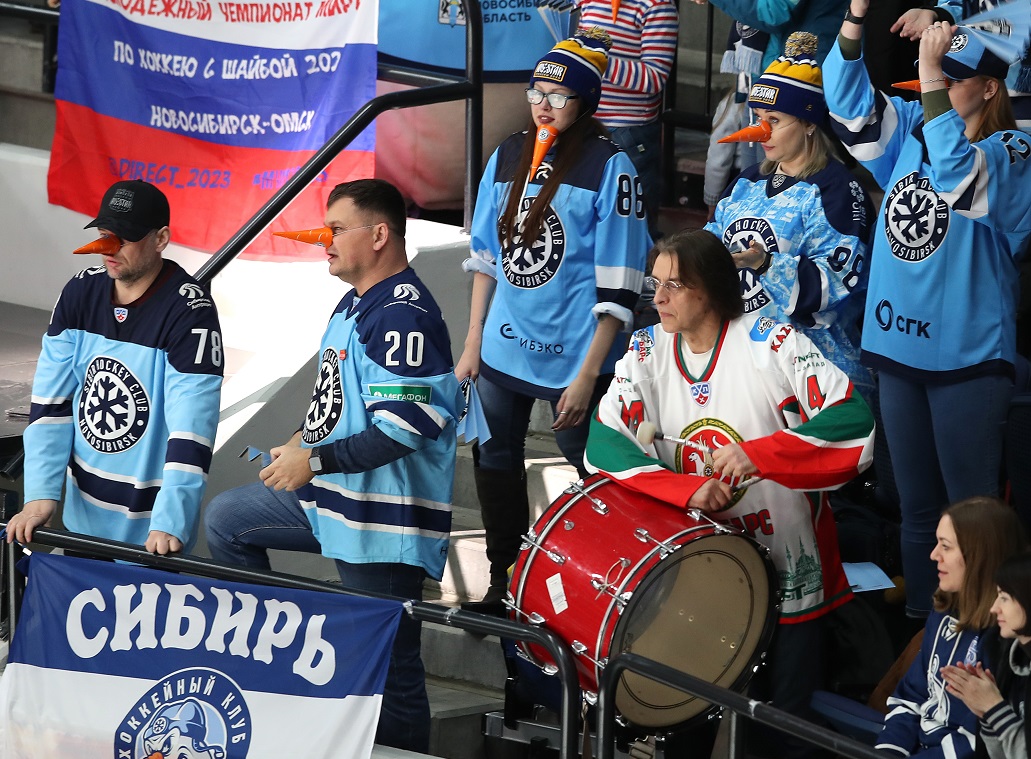 Emil Nafikov came from Ufa to see the All-Star weekend and reckoned the Skill Show was one of the highlights of the season. “The best thing about it is that we get so many fans from different parts of the country – and beyond – so everyone quickly makes friends and forgets about the rivalries between our clubs.”

Quite a few fans chose to see the Skill Show rather than Sunday’s All-Star mini-tournament. Svetlana Rumyantseva came from Yaroslavl special for Saturday’s event to cheer for Lokomotiv’s Stephane Da Costa. “At the Skill Show the players got to show off their other talents – acting, creativity and, best of all, their individuality. It creates a real spectacle.”

Olga Usoltseva is an Avtomobilist fan and a regular at All-Star events. “This is the eighth All-Star Game we’ve come to with our family and the kids are just crazy about the Skill Show. They were so excited they couldn’t stay in their seats, they really got behind the players. To see that look on their faces is just priceless. Thank you, KHL!” 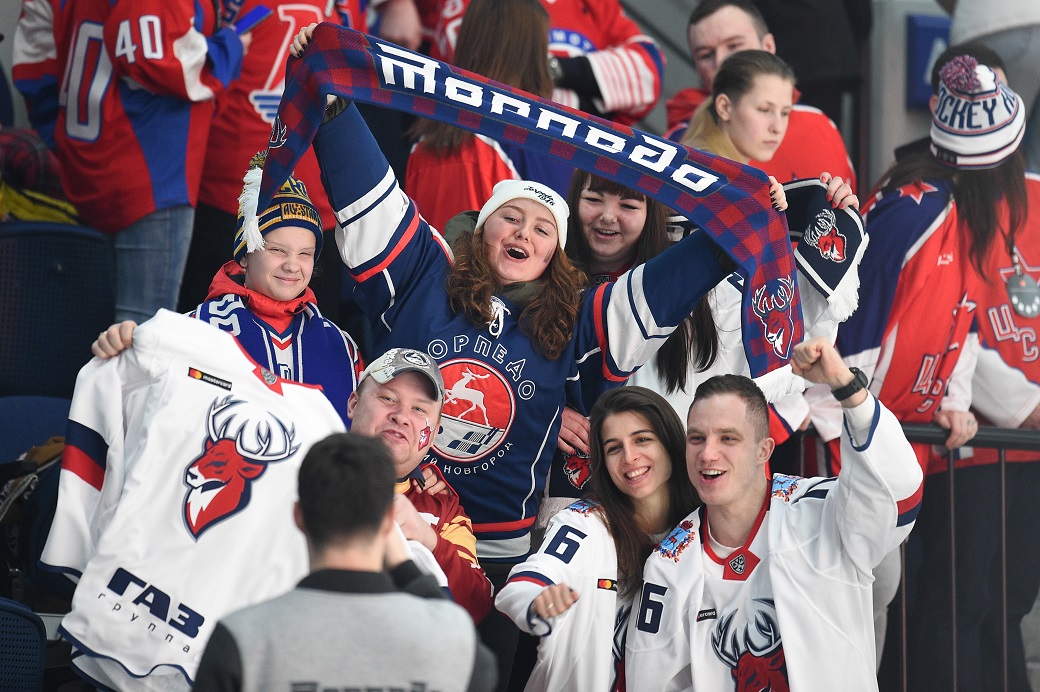