More milestones – and a tasty trophy. KHL week in review

Three players – Danis Zaripov, Vadim Shipachyov and Paul Szczechura – reached notable landmarks during the week. Meanwhile, in Ufa a local delicacy was transformed into a hockey trophy for the winners of the derby clash between Salavat Yulaev and Ak Bars.

Danis Zaripov is the fourth player to reach 700 appearances in the KHL. The Ak Bars forward reached the landmark on Saturday and follows Sergei Mozyakin and Evgeny Biryukov of Metallurg, plus Spartak’s Denis Kokarev. The 38-year-old has been part of five Gagarin Cup-winning rosters – three in Kazan, two in Magnitogorsk – and has contributed 632 (272+360) points in a glittering career. Between them, the four longest-serving player in the KHL have won the Gagarin Cup 11 times. 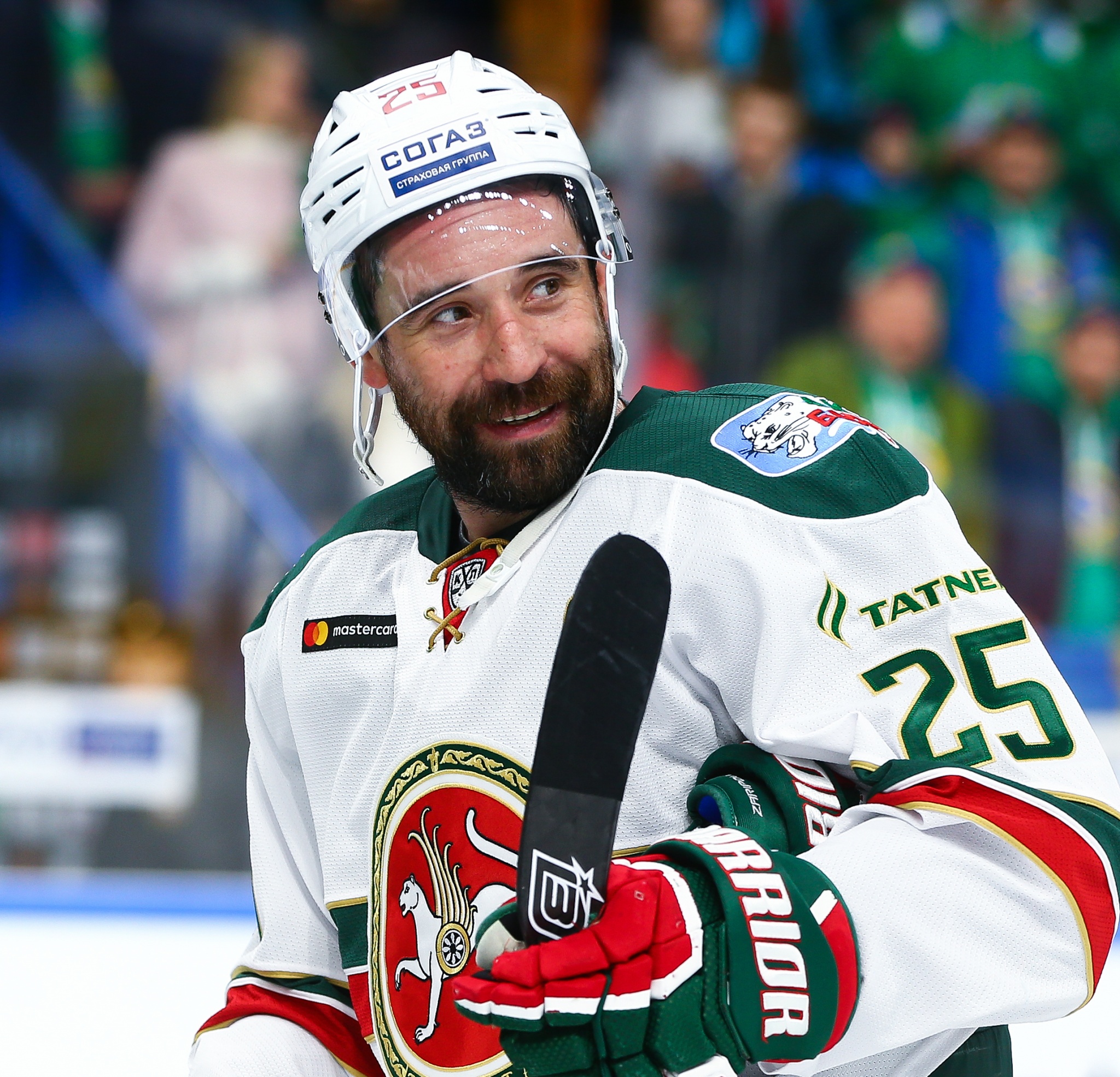 When Dynamo Moscow took the lead early in Saturday’s game at Kunlun Red Star, it was a special moment for forward Vadim Shipachyov. The 32-year-old claimed his 200th KHL goal as he fired home from the bottom of the circle, picking a shooting lane between defenseman Andrej Sustr and goalie Simon Hrubec. Shipachyov, who began his career with his hometown club Severstal, went on to win two Gagarin Cups at SKA before joining Dynamo at the start of last season. In total he has 655 KHL appearances for 615 (200+415) points. He’s also helped Russia to World Championship and Olympic success.

Another notable milestone occurred during Torpedo’s 6-0 win at Dinamo Minsk. Canadian forward Paul Szczechura reached 100 KHL goals and 250 points with a goal and an assist against one of his former clubs. The 33-year-old is the 60th player to amass 250 points, getting there in 408 games. Szczechura is in his eighth season in the KHL. After seeing action with Tampa Bay and Buffalo in the NHL, he crossed the Atlantic in 2012. After just three games with Lev Prague, he made 103 appearances for Dinamo Riga before spells in Minsk and Chelyabinsk. Over the summer, he moved to Torpedo, where he has 8 (2+6) points from 21 games this season.

There’s a new trophy on offer the in the KHL. True, it’s only available to two teams, but Saturday’s derby clash between Salavat Yulaev and Ak Bars saw the winner hoist the ‘Chak-Chak Cup’. What’s it all about? Chak-chak is a sweet fried corn snack beloved of people in Ufa and Kazan, something of a symbol of local hospitality, and thus a natural choice to inspire a trophy to go with the long-standing rivalry between the city’s hockey teams. And the sweet treat certainly added some spice to the latest edition of the match-up: even forwards Linus Omark and Danis Zaripov, hardly noted for dropping the gloves, got involved a fight in the second period. Zaripov won that bout, but Omark and Salavat Yulaev took the verdict in the game with a 3-1 scoreline. 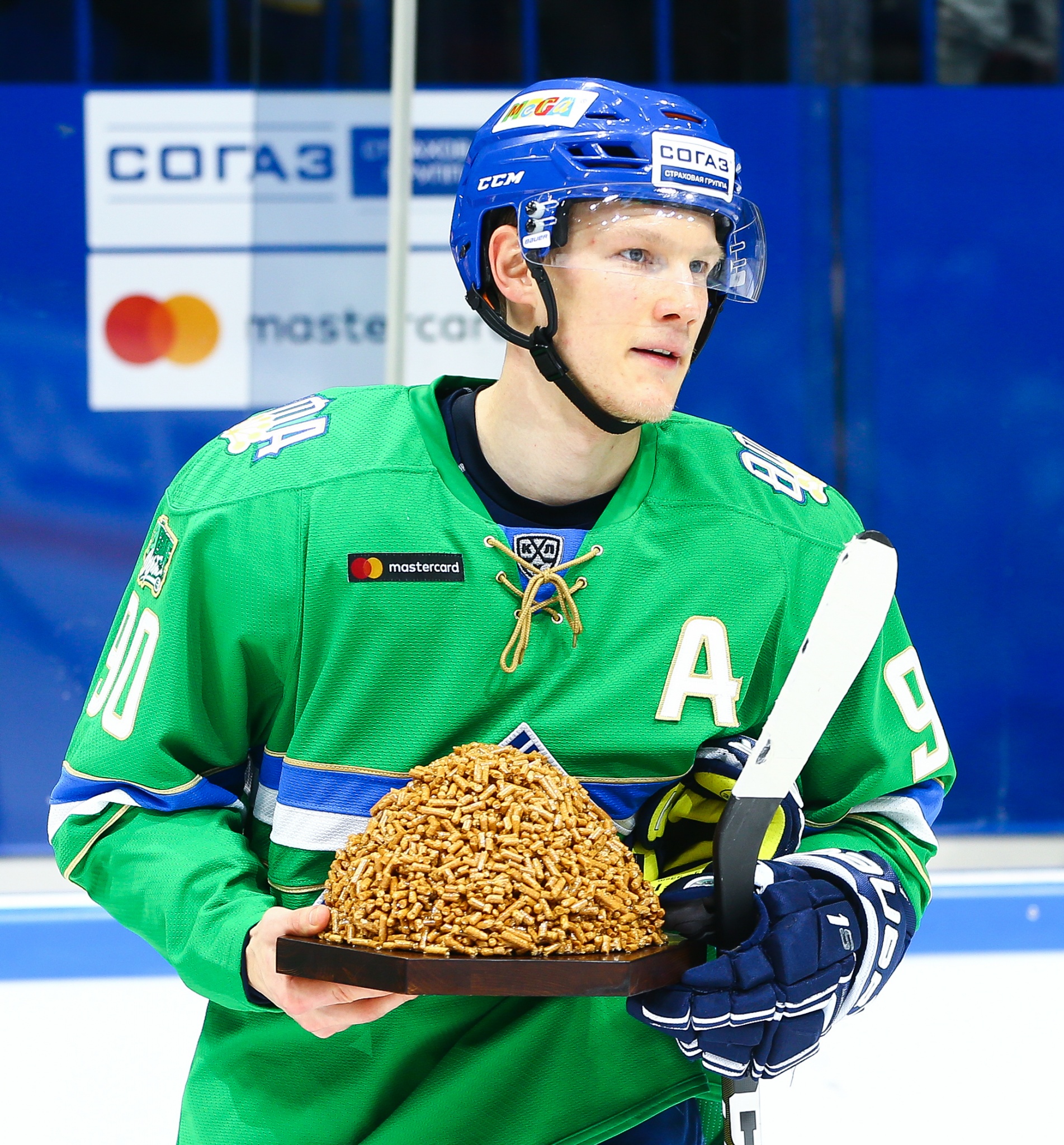 Two of the key players in Vityaz’ impressive start to the season are on the move as SKA looks to reshuffle its roster. Goalie Alexander Samonov, who boasts a GAA of 0.88 after stopping 97.6% of the shots he faced in his seven games this season, is heading to the Northern Capital in an exchange that sees former HC Sochi youngster Pyotr Kochetkov heading the other way. And forward Artyom Shvets-Rogovoi, 24, swaps places with Alexei Byvaltsev. SKA has also traded Oleg Li to Ak Bars. 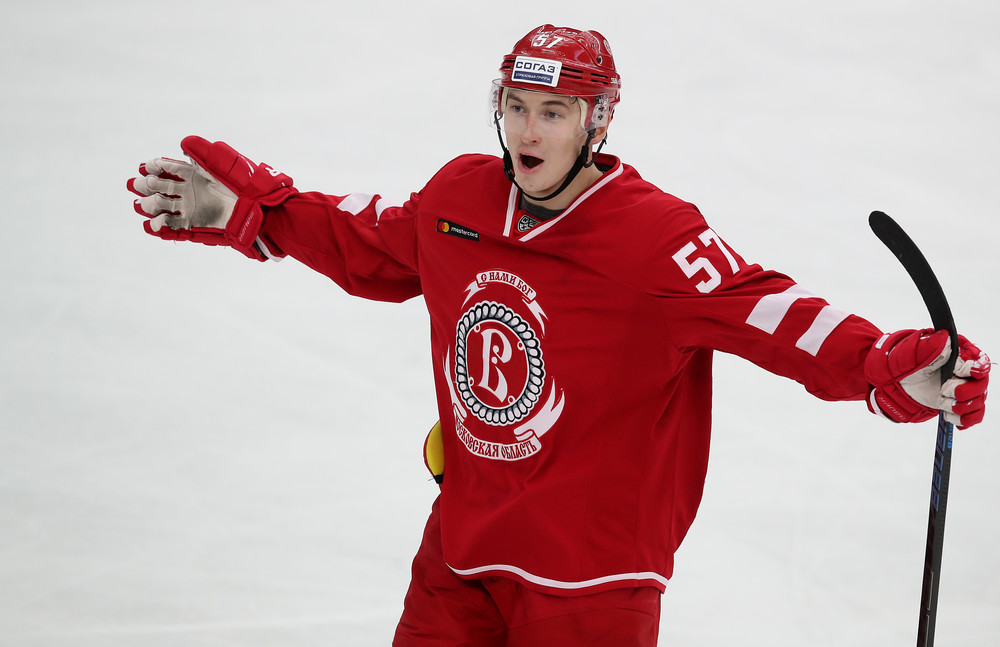