Landmarks for Kaprizov, Kokarev; end of an era for Velichkin

Another busy week of KHL action saw Spartak’s Denis Kokarev become the third player to make 700 appearances in the league. CSKA’s young forward Kirill Kaprizov reached 100 goals in the KHL and went to the top of the scoring charts for the current campaign. Metallurg’s long-serving GM Gennady Velichkin left his post in Magnitogorsk. And Kunlun Red Star played its first games of the season at its new Beijing arena, attracting some encouraging crowds to meetings with Neftekhimik and Lokomotiv.

CSKA forward Kirill Kaprizov notched his 100th KHL goal in Sunday’s 2-0 victory at HC Sochi. The Minnesota draft pick reached the milestone in his 296th game. The 22-year-old made his debut for Metallurg Novokuznetsk in 2014/15 and scored 15 goals in two seasons there. A year with Salavat Yulaev brought a further 23 strikes, including his first playoff markers, before Kaprizov joined CSKA in 2017. Since then he’s won a Gagarin Cup and helped Russia to Olympic gold.

Gennady Velichkin has been involved with Metallurg Magnitogorsk for so long he was part of the fabric of the club. He took over as GM way back in 1991 as Magnitka played in the second tier of the last ever Soviet championship and held that title until 2012, when he became Vice-President of Hockey Operations. Last week, though, he left his post – the latest victim of Metallurg’s troubled start to the season after head coach Josef Jandac was replaced by Ilya Vorobyov. Behind-the-scenes turmoil did not seem to hinder the team unduly, though: Metallurg won its next game on Saturday, defeating Severstal 2-1 in Cherepovets. 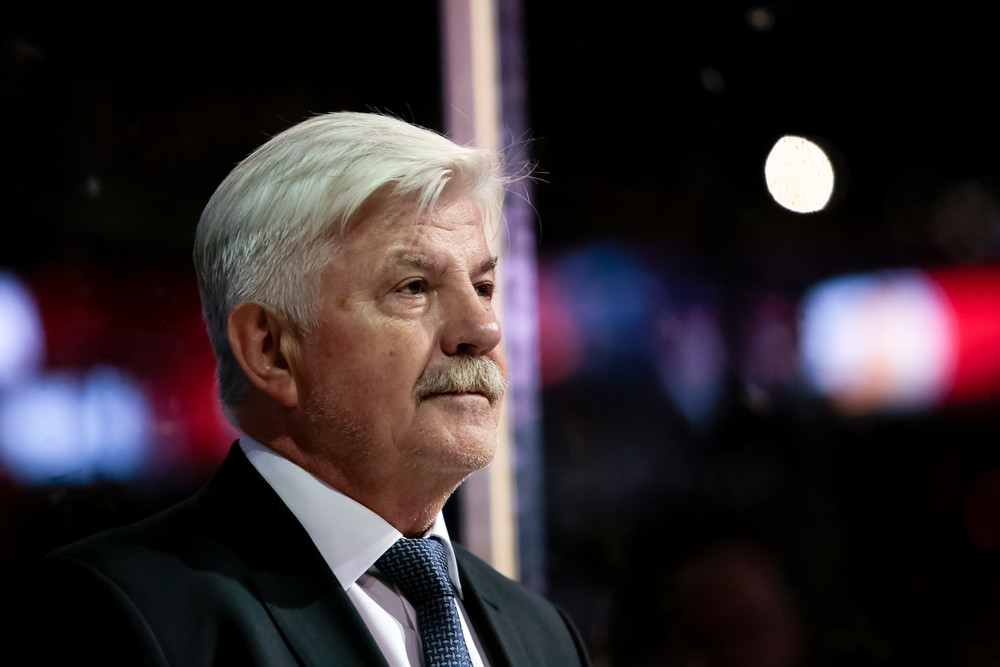 Sergei Zubov became the latest KHL head coach to lose his job, a victim of HC Sochi’s slow start to the season. The 1992 Olympic Champion and two-time Stanley Cup winner took over at the Leopards at the start of the 2017/18 season and twice took the team to the playoffs. However, 11 losses in 16 games at the start of the current campaign prompted the club’s management to make a change. 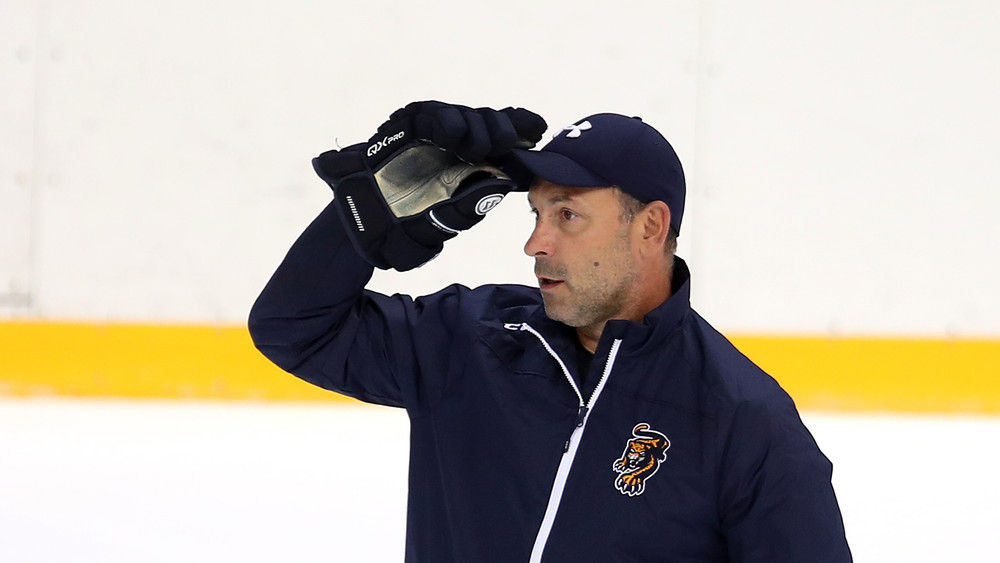 Kunlun Red Star’s nomadic existence is coming to an end. The Chinese team returned to Beijing this week, playing three games at the Shougang Arena and settling into an arena that is set to be its permanent home. The compact new facility, developed in a repurposed coal plant at a former steel mill, is part of the Chinese Winter Sports development complex set up in preparation for the 2022 Olympics. Although the 3,000 capacity is smaller than usually permitted in the KHL, the club has a special dispensation to use it as it looks to boost the popularity of hockey in the People’s Republic. And the signs are promising: crowds have been close to capacity for the first games, while behind the scenes officials at the club have talked up the 5,000 or so youngsters who have taken up the game since Red Star took to the ice. 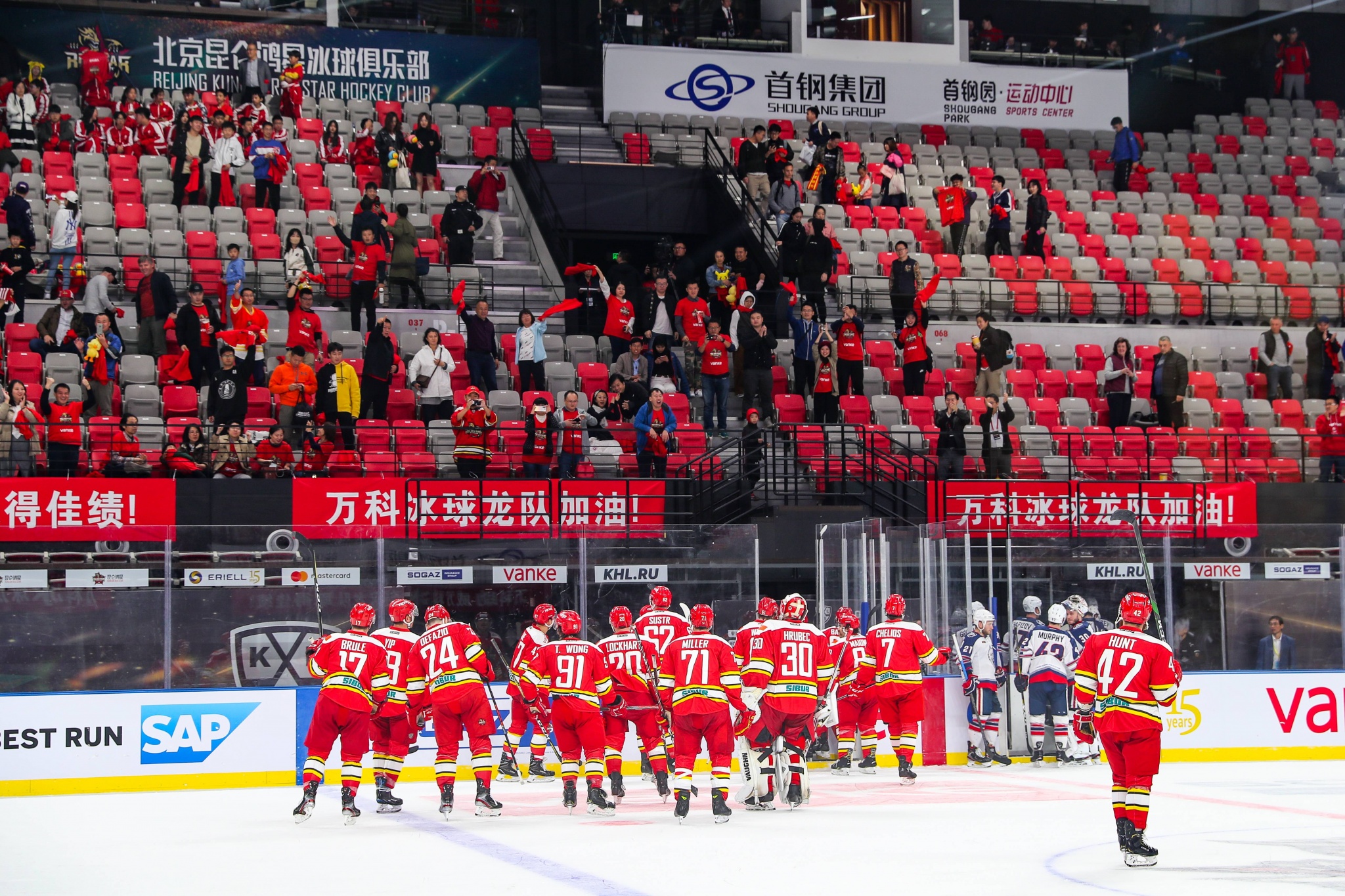 Spartak forward Denis Kokarev became only the third player to feature in 700 KHL games. He reached the landmark on Saturday, following in the footsteps of Metallurg pair Sergei Mozyakin and Evgeny Biryukov. For much of his career, Kokarev has played under Oleg Znarok: he was part of the MVD team that made the coach’s early reputation and went on to win two Gagarin Cups with him at Dynamo Moscow. Now he’s a key figure in Znarok’s locker room at Spartak. 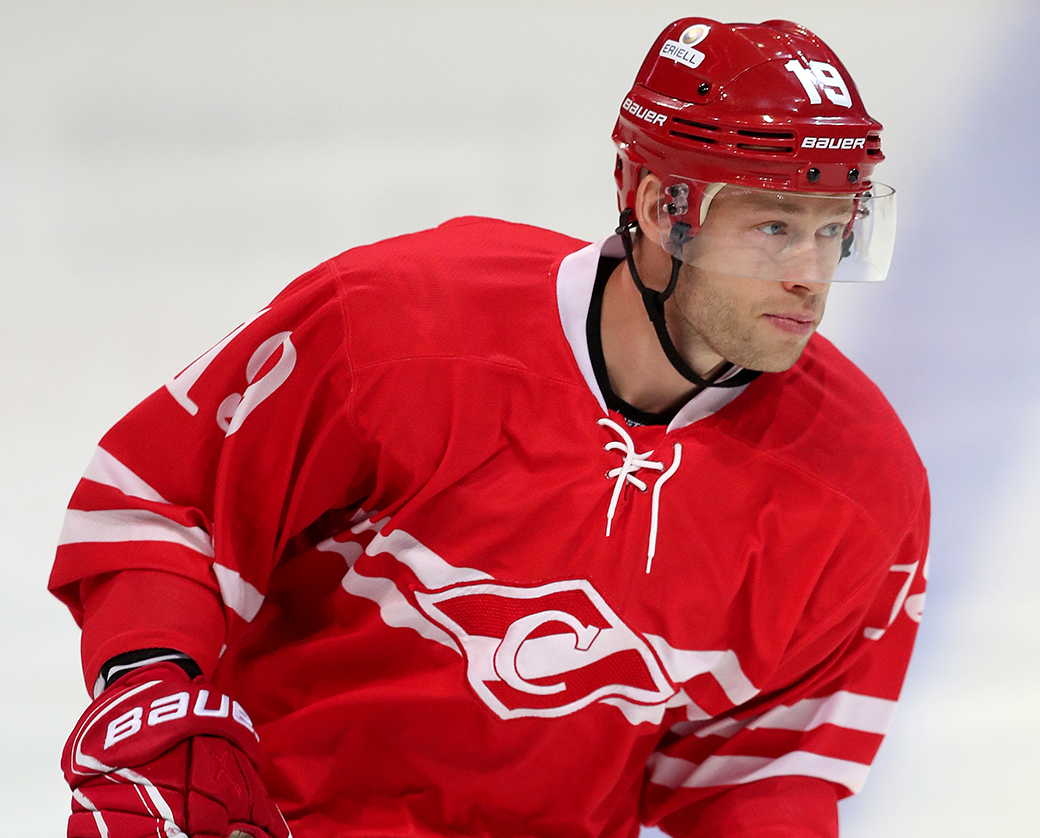