Avangard heads into the new season with hopes of going one better than last season’s Gagarin Cup Final loss. Sven Andrighetto and Slava Voynov represent significant new strength on the roster, sufficient to maintain optimism at the club despite an indifferent pre-season.

It all began with a huge problem: the team had to leave Arena Omsk and opted to settle in temporary accommodation in Balashikha, on the outskirts of Moscow and far from the club’s traditional Siberian base. With new management, new coaching staff and an entirely new hometown, this was a venture into the unknown.

In adversity, though, the team produced its best season for years. Head coach Bob Hartley dealt with the challenges and the Hawks produced a solid regular season the team exploded in the playoffs. The first round served notice to the competition: a sweep of defending champion Ak Bars made everyone sit up and take notice. Barys and Salavat Yulaev also struggled to cope with the high press and intense play that Avangard brought in post-season as the club reached the Gagarin Cup Final for the first time since 2012. CSKA ended the run, but Hartley’s first campaign has set the bar high for the future. 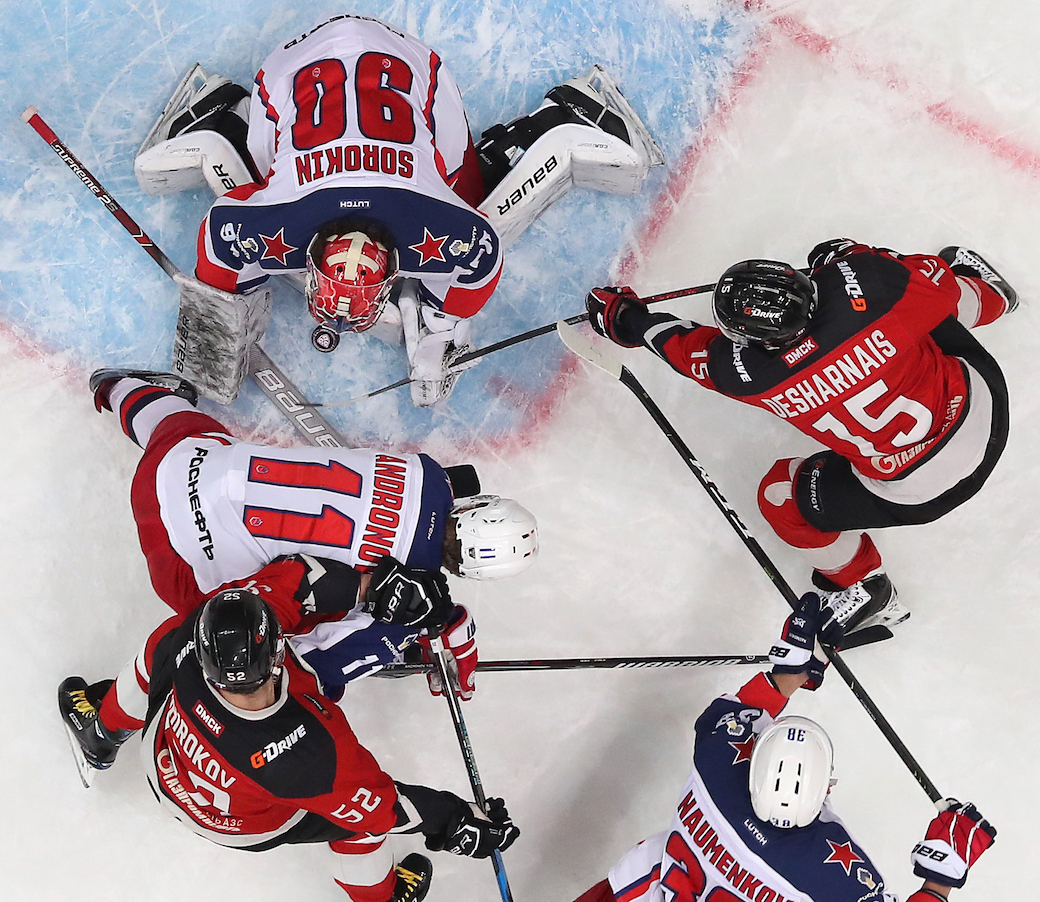 Bob Hartley arrived as a Stanley Cup winner with Colorado and brought a big reputation with him. And the Canadian lived up to his billing: the players noted his professionalism, the high demands he makes of his teams but also the sometimes paternal relationship he fosters with the guys in his charge. The coach himself never publicly criticizes his team and any press conference can quickly turn into a tactical masterclass.

Hartley has stamped his identity right through Avangard. The symbiosis between a terrific locker room atmosphere and an astute tactical plan brought almost immediate success in his first year. The team’s intensity was too much for almost everyone to handle; only CSKA proved stronger. By any reckoning, Hartley’s first season in the KHL can be ranked a big success. Now the challenge is to maintain and improve those high standards. 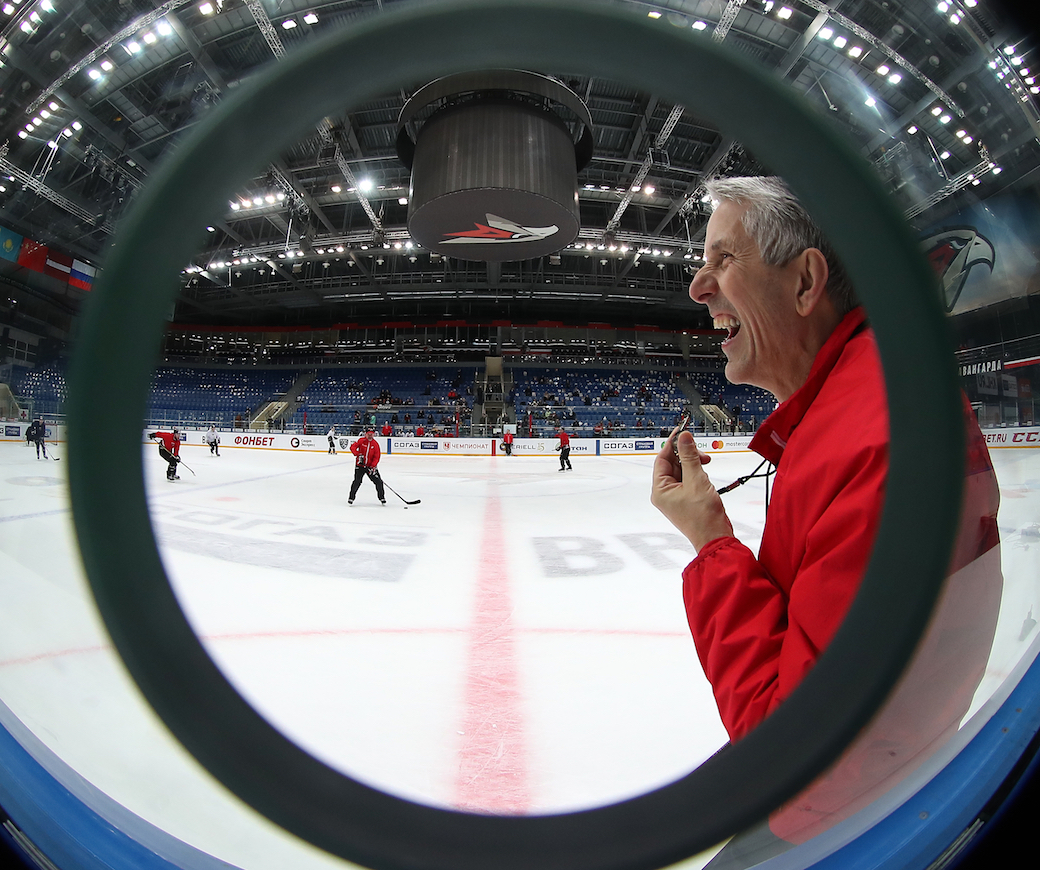 Avangard parted company with several forwards in the summer. Some, like Max Talbot and David Desharnais, never quite lived up to expectations; others, most notably Ilya Mikheyev, will be a big loss. Not surprisingly, most of the new recruits were forwards. Pavel Dedunov and Valentin Pyanov looked handy in pre-season and the potential of Sven Andrighetto was immediately obvious. Then there’s Nikita Shcherbak, desperately looking to bring some consistency to a game that produces great moments but too many quiet periods.

Slava Voynov has looked in great shape for a player who did not compete at all last season. But the full implications of the decision to replace Igor Bobkov with Alexander Sudnitsin are not yet clear. It’s possible that the starting goalie for Avangard will be under a lot of pressure this season. 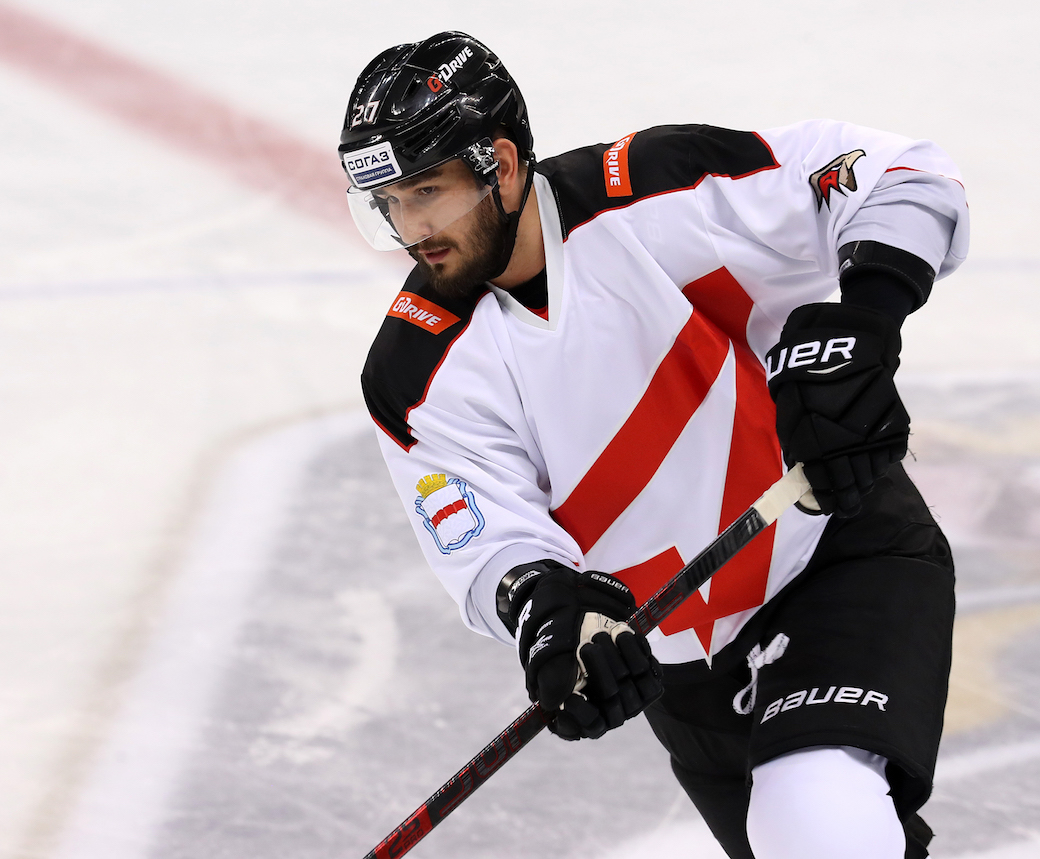 It’s taken just one season for Sergei Shirokov to establish himself as a leader at Avangard. The 2017/18 campaign with SKA was the forward’s best for some years and he matched that 41-point haul with the Hawks. He was consistent in regular season and in the playoffs, where he scored six goals.

Ilya Mikheyev has left for the NHL, Sven Andrighetto cannot be expected to take the leading role immediately on his arrival, Slava Voynov has not played competitive hockey since the spring of 2018. Thus, it seems likely that in the early weeks of the season Shirokov will be required to drive the team forward. 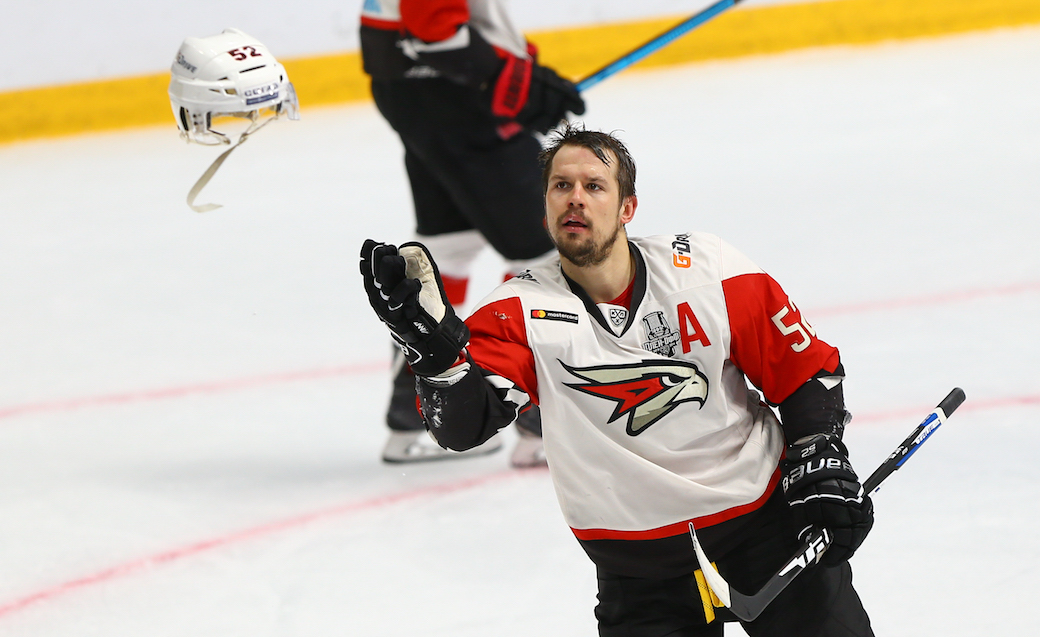 Artyom Manukyan’s name was first heard back in 2016/17 when he plundered an incredible 105 (39+66) points in the Youth Hockey League. It took some time to adapt to the higher level: after a modest two-point return in his first taste of the KHL, he improved last season and featured in all 62 games for 15 (3+12) points.

Head coach Bob Hartley has paid tribute to the youngster’s work ethic and willingness to go to any part of the ice to help his team. It’s clear that what Manukyan lacks in size (he stands 170 cm and weighs in at 63 kg), he makes up for in character and commitment. 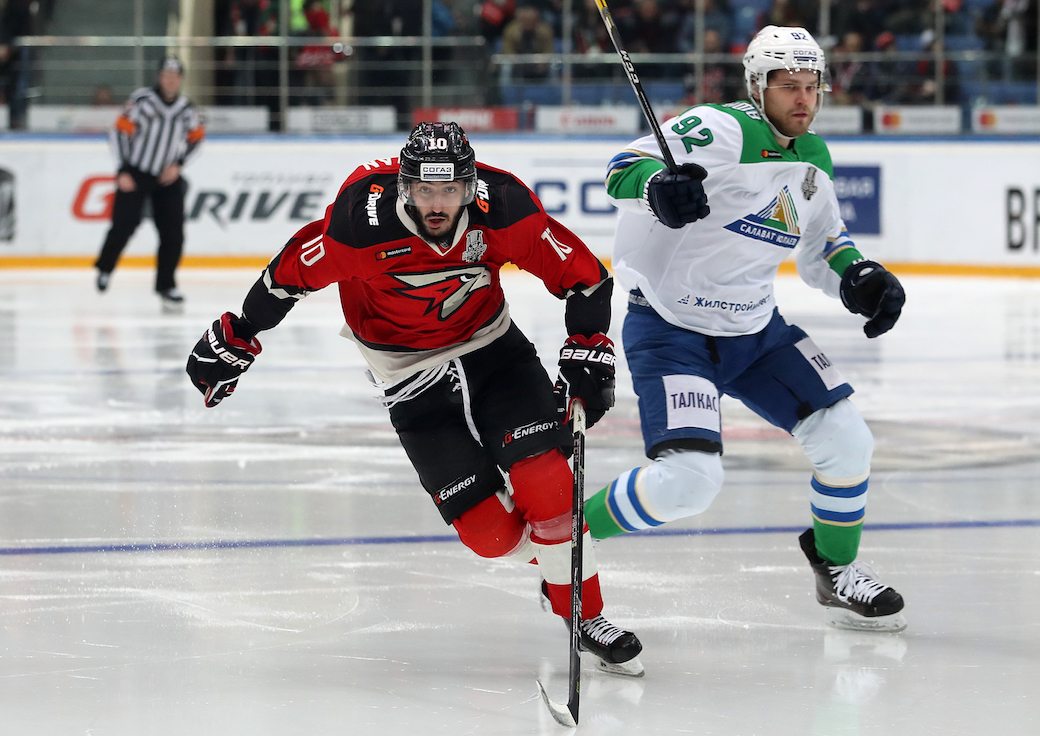 Avangard’s summer dealings were firmly focussed on the here and now. During the summer, Hartley was happy to mix up his lines and look for combinations that worked. In its pre-season tournaments, the team didn’t make much of an impression, never threatening to collect any silverware. But Hartley is happy to tell anyone who will listen that, at this stage, he’s not interested in results.

Last season didn’t look like a flash in the pan, but there’s always a danger of second-season syndrome. The opposition will know what to expect from Avangard and will set up to try to deal with Hartley’s ultra-intensive play. But the roster, and the genuine team spirit, suggests that Avangard is more than capable of matching last season’s results.