Unbeatable Metsola and a moment of truth for Tsulygin

Last time, Salavat Yulaev went from a moderate regular season into a blazing playoff and took part in a memorable Conference Final against Avangard. Since then, though three leading players – Joonas Kemppainen, Vladimir Tkachyov and Anton Burdasov – left the club. Now all eyes are on their replacements.

It was the proverbial season of two halves. The team was maddeningly inconsistent during the regular campaign and finished down in sixth place in the East. An impressive stable of forwards did not always fire and the overall outcome was frustration.

But in the playoffs, things changed. The team’s leaders got a valuable break towards the end of the regular season and returned, refreshed, to spice up the race for the Gagarin Cup. Linus Omark, Teemu Hartikainen and Joonas Kemppainen shared the bulk of the team’s points and put the skids under Metallurg and Conference leader Avtomobilist. Only Avangard found an answer, and then solved the other key player for Ufa, goalie Juha Metsola. The campaign ended after losing the Eastern final in six games, something that seemed unlikely when the playoffs began. 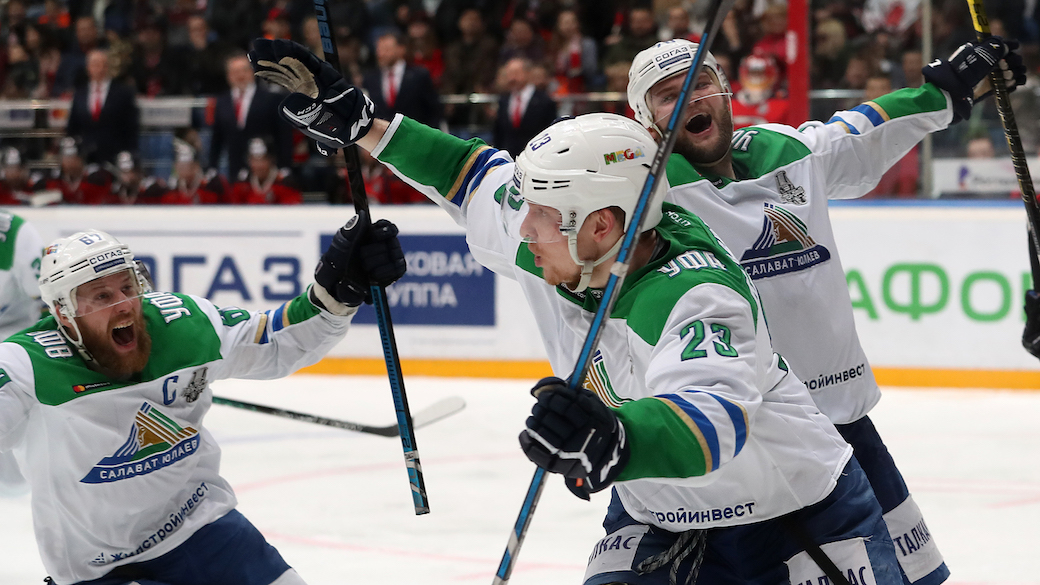 It’s hard to imagine the kind of pressure on Nikolai Tsulygin last season. From September to February the newcomer faced unflattering comparisons with his predecessors, criticism of his gameplans and even unfounded rumors of his dismissal. But Tsulygin’s smart decision at the end of the regular season proved to be the springboard for a good playoff run.

Ufa was Tsulygin’s first role as a head coach in the KHL and it’s not easy to give a clear assessment of his qualities based on that one campaign. Is the real Tsulygin the man whose team stumbled through the regular season, or the leader who inspired an impressive playoff push? A second season behind the bench should give a clear answer to that question. 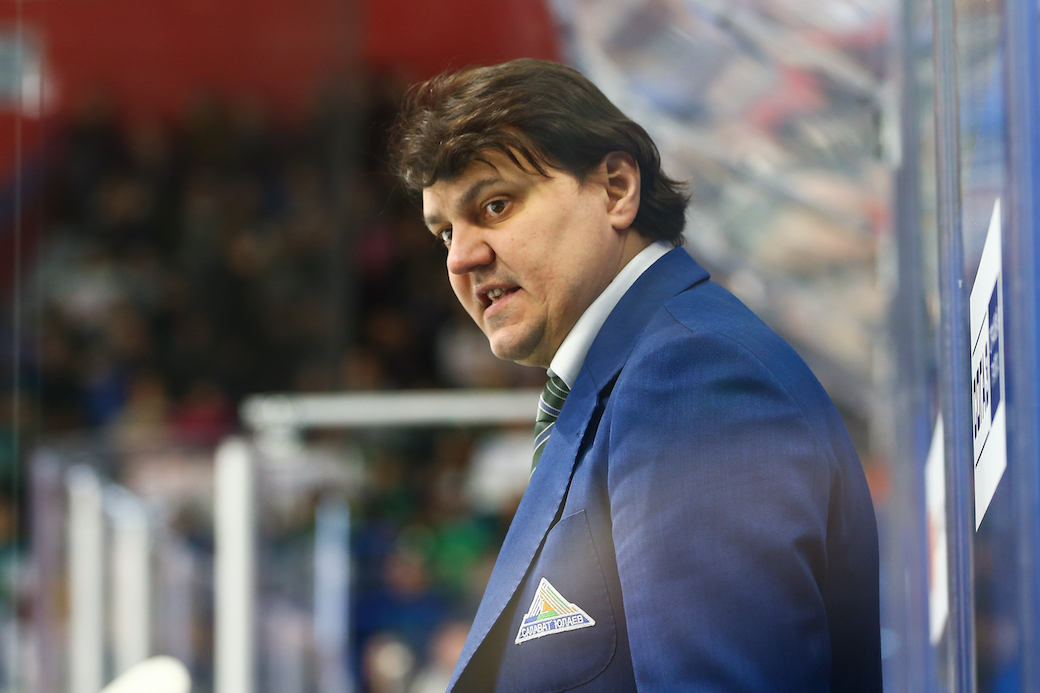 It’s clear at a glance that Salavat Yulaev is down both in terms of quantity and quality of players over this summer. Among the departures we see Anton Burdasov, the leading scorer in regular season, plus Joonas Kemppainen and Vladimir Tkachyov, who both scored heavily in the playoffs. Two young prospects, Daniil Tarasov and Pavel Shen, are heading to the NHL after winning bronze at last season’s World Juniors.

Sakari Manninen looks like a strong addition, based on his performance at Jokerit last season. Fellow newcomer Nikita Soshnikov is obviously a talent, but his recent progress has been slowed by injuries. The only area where we can clearly see improvement is on defense, where Mikhail Pashnin and Evgeny Lisovets should prove solid additions on the blue line.

Even in regular season, the Finnish goalie was getting rave reviews. In the playoffs, he stepped up another level. He stopped 95.6% of the shots he faced, the best in post season, and had an impressive GAA of 1.53. Juha Metsola was recognized as the top goalie of the season at the KHL award ceremony, and his 71 saves against Avangard in the decisive game of the Eastern final will surely go down in the league’s history. 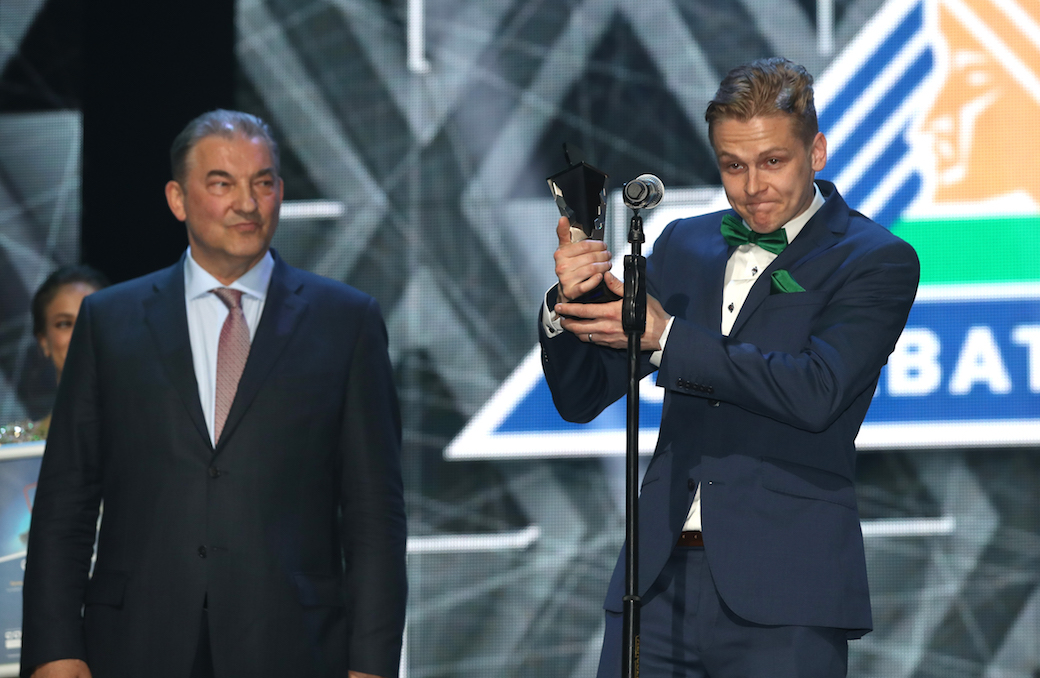 It’s something of a gamble to pick out a player who has yet to make his KHL debut and name him as the prospect to watch. But Rodion Amirov, 18, is a bit special. In the recent President of Kazakhstan Cup, Amirov was one of the key players for his team. With two goals in the competition, he gave himself every chance of forcing his way into Tsulyin’s plans for the upcoming season. In addition, Amirov was the top scorer at April’s World U18 Championship, where Russia fell one goal short of gold. 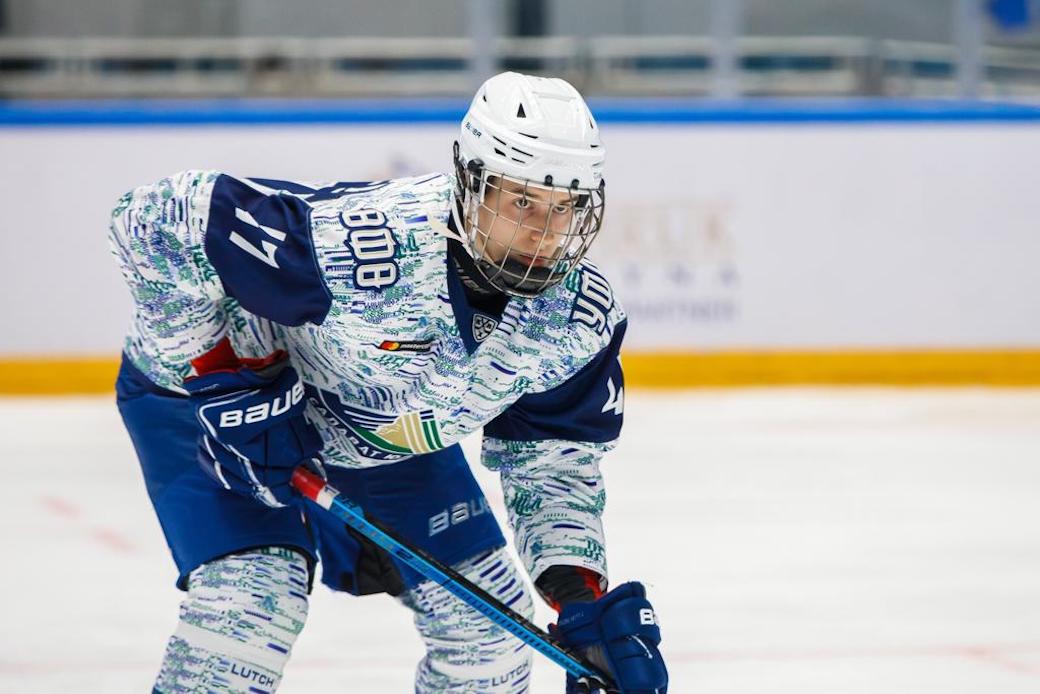 Based on names alone, Salavat Yulaev seems to have lost more than it gained during the summer trades. The strike trio of the playoffs, where every player seemed well-suited to his partners, is gone and there is a genuine question over whether Sakari Manninen can become an immediate replacement for Joonas Kemppainen. In any event, he will have to get used to a new environment. Then there’s Nikita Soshnikov who, on his own, can hardly be asked to replace both Tkachyov and Burdasov. It seemed that Salavat Yulaev might be a touch more defensive in its play this season but, looking at the way practically every rival in the East has strengthened, it’s not easy to see a repeat of April’s successes.