Two Olympic bronze medalists feature among Torpedo’s star imports, along with two big scorers from the first season of KHL action. Here’s the lowdown on five of the best to move to Nizhny Novgorod.

Much-travelled defenseman Peter Podhradsky only had one season in Nizhny Novgorod – but he remains fifth among blue-liners on Torpedo’s KHL scoring chart. Always a potent contributor on the PP, the Bratislava native led the league in assists from the blue line in that 2008/09 campaign. And this two-time Slovak champion also had what it took at the other end of the ice. He came to the club at the start of the KHL era and helped Torpedo reach the playoffs. That wasn’t his first taste of Russian hockey: Podhradsky had represented Metallurg Novokuznetsk in the previous campaign and would go on to feature for Barys, Dinamo Minsk, Metallurg Magnitogorsk (albeit for just two games), Donbass and Lada. However, his season with Torpedo was his most productive in the league, although his role in helping Donbass to the 2014 Western Conference semi-final is also notable. Now 39, Podhradsky came out of retirement in 2017/18 to play a handful of games for HC Bratislava in the Slovak second tier. 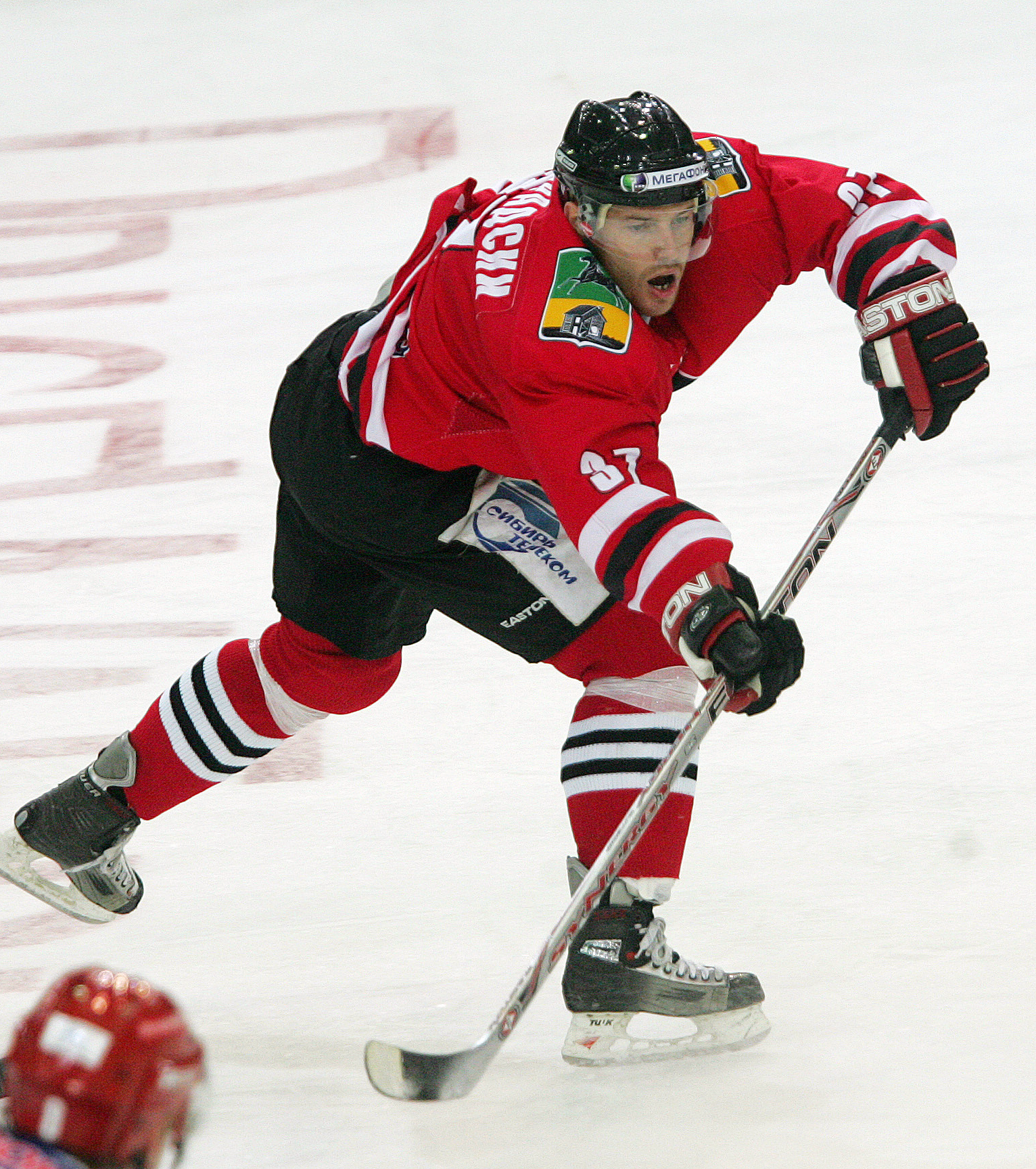 Juuso Hietanen is currently a key player for Dynamo Moscow, but Hietanen’s time at Torpedo is fondly remembered. His four seasons with the club gave him more appearances than any other import. Perhaps more surprisingly, he’s also the top-scoring import on the team in the KHL era, 20 points ahead of Kaspars Daugavins. His highlights with Torpedo came in the 2013/14 season. First, he enjoyed his most productive campaign for the club, tallying 35 points in total as the team returned to the playoffs after a one-year absence. Second, he picked up some serious hardware on the international stage, collecting an Olympic bronze in Sochi before helping team Finland reach the World Championship final in Minsk, only to lose out to Russia. 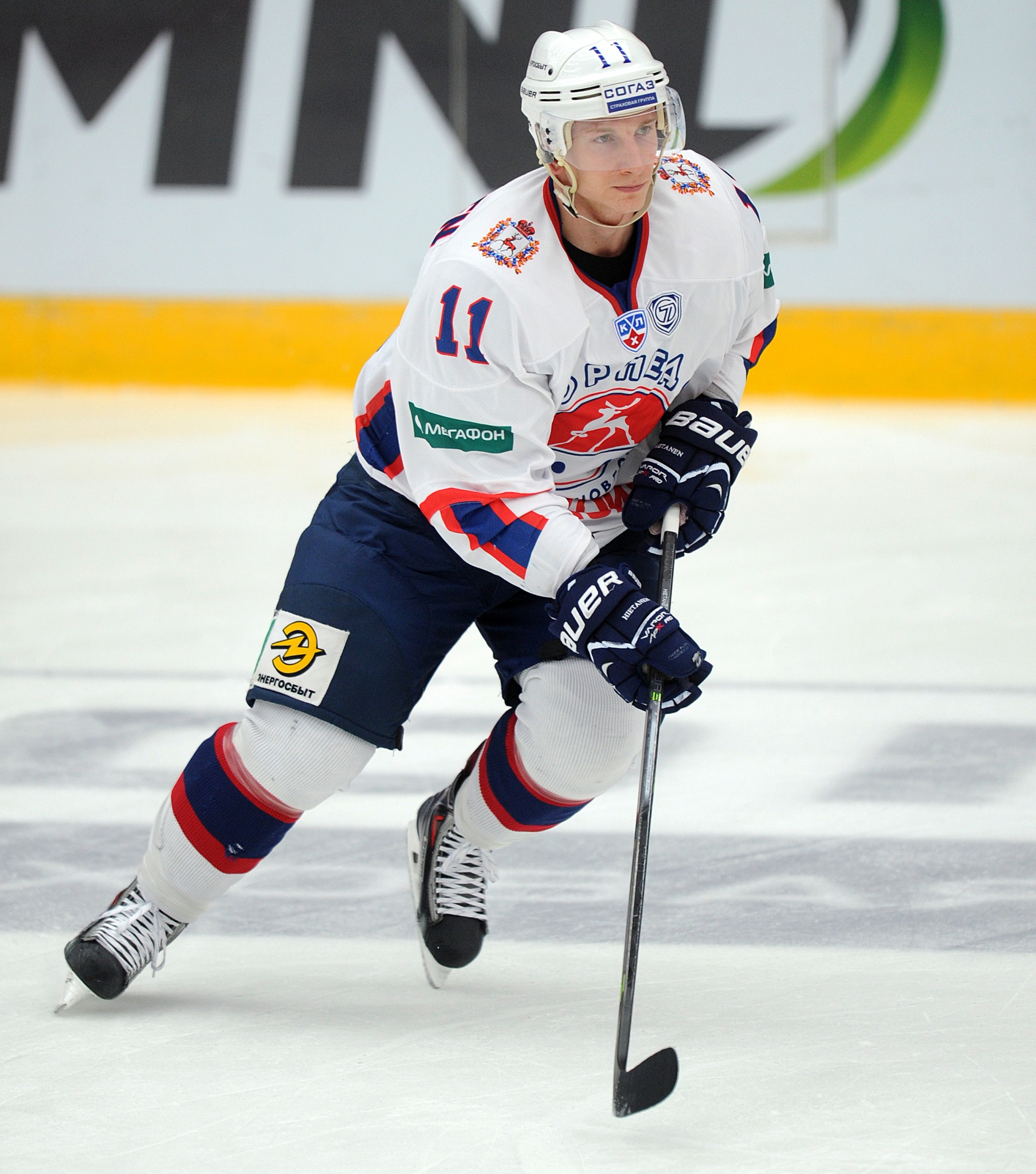 Not surprisingly, Kaspars Daugavins’ first taste of the KHL came in the colors of Dinamo Riga. He played for his hometown team during the 2012/13 NHL lock-out while contracted to the Senators and after that season he opted to return to Europe, initially with Geneve-Servette of Switzerland. It wasn’t until early in 2015/16 that he arrived at Torpedo, traded from Dynamo Moscow, and he quickly got down to the business of piling up the points. By the end of his third season in Nizhny Novgorod, his tally made him the club’s highest-scoring forward import in the KHL era and placed him sixth overall on the scorecharts. His first season was his best, with 40 points in regular and post season as the club progressed to the second round of the playoffs in 2016. However, he continued to score consistently and wore the ‘A’ in his final campaign in 2017/18. At the end of that season he moved to Spartak, where he is looking to continue next season after recovering from a nasty injury sustained when he crashed head-first into the boards during a playoff game against SKA. 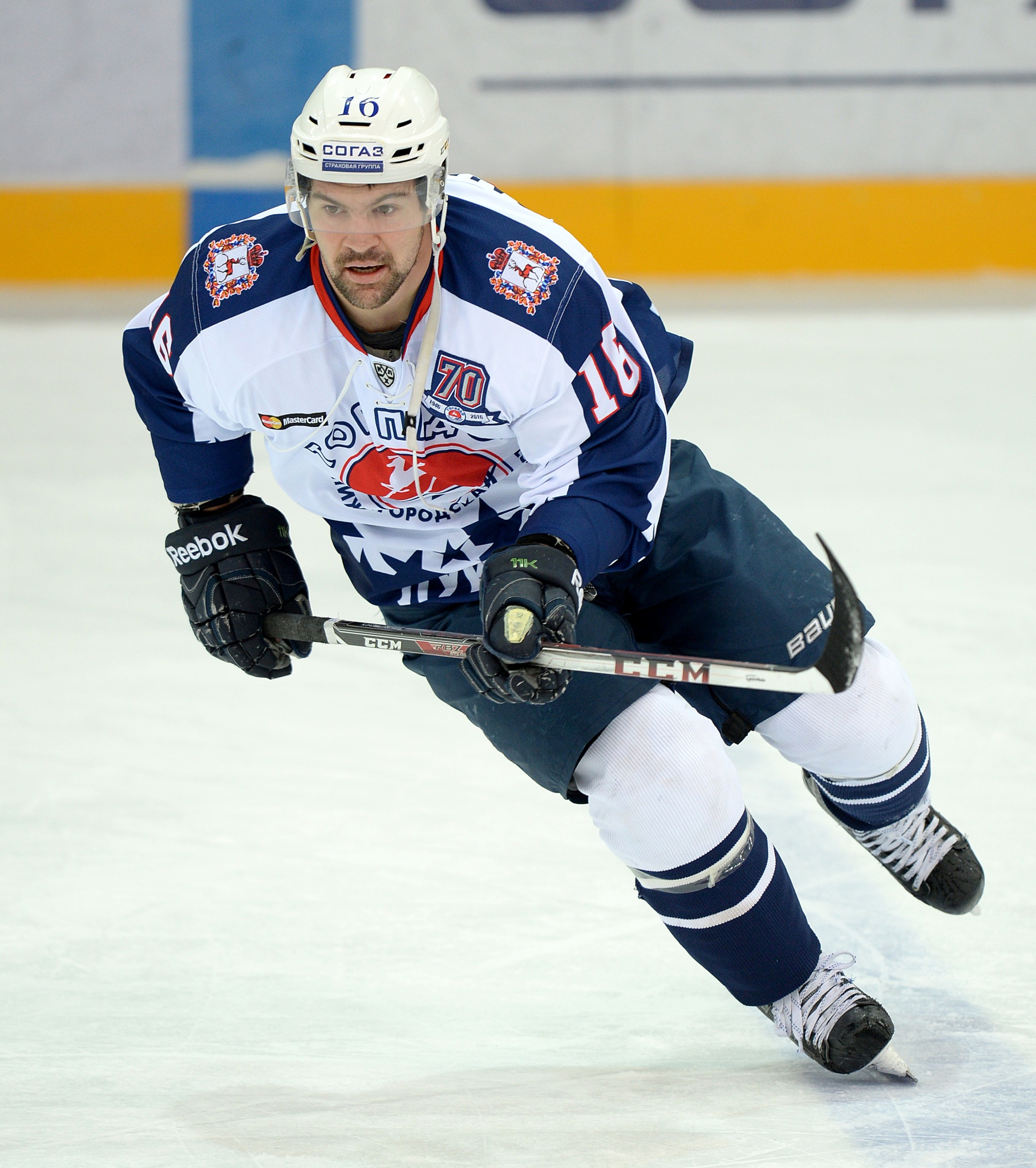 A consummate sniper, Pavel Brendl was Torpedo’s leading scorer in the KHL’s debut season. His 50-point haul in 56 regular-season games placed him 11th in overall scoring while his ratio of goals to assists said much about his playing style. When it worked, he could be a devastating predator around the opposition net – good enough to see NHL action with Philadelphia, Carolina and Phoenix. However, the stats from his debut KHL season also highlighted Brendl’s weakness: a -10 ranking pointed to a defensive game that was often below par. That first season with Torpedo was probably his career best, taking into account the level of hockey and his productivity; a second campaign brought a scoring slowdown and a brief stint with Neftekhimik in the following year brought an end to his KHL activity. Much-travelled, Brendl was still in action last season when he turned out for Kopla in Finland’s second division, where he collected 19 points in eight games at the age of 38. 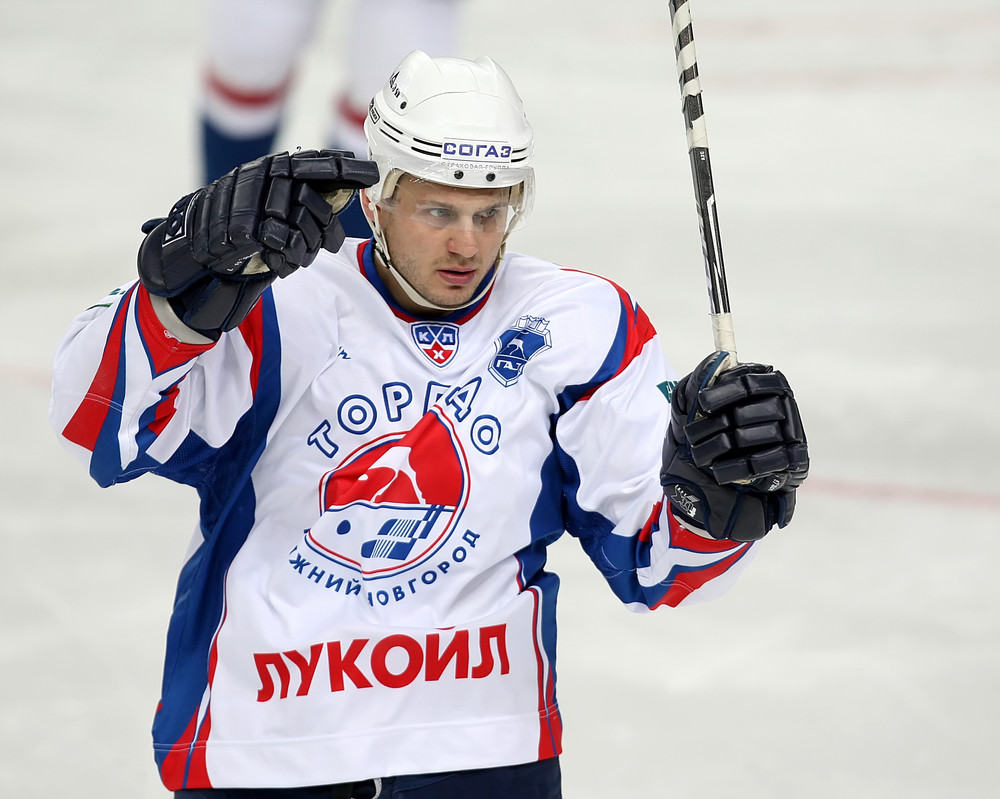 Sakari Salminen’s two seasons with Torpedo brought him just over 100 points, plus an Olympic call-up that produced a bronze medal alongside Hietanen in Sochi. Not the biggest of players, he relied on speed rather than size to threaten defenses. Salminen’s KHL career began in 2013/14 at Torpedo following an impressive spell with KalPa, and he brought that scoring with him to Russia. His first season produced 48 points in regular season, and he followed that up with 47 a year later, helping Torpedo to the playoffs on both occasions. After leaving Nizhny Novgorod he had short spells in Switzerland and Sweden before joining up with Jokerit for another crack at the KHL. His last action in this league was at Dynamo Moscow in 2017/18. Salminen has just signed a contract with Orebro in the Swedish League and will play there in the coming season. 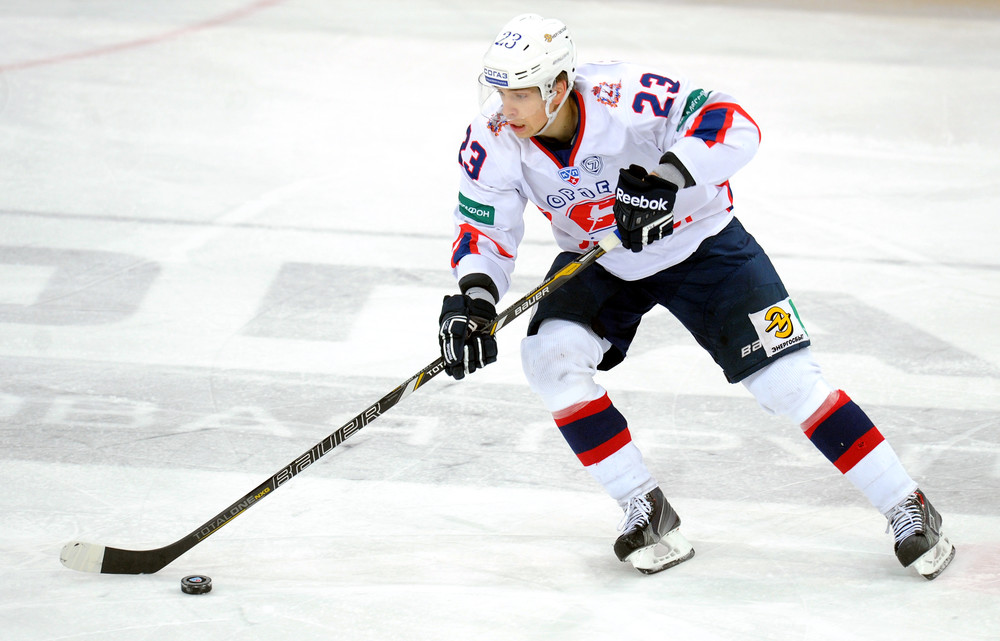