Spartak has always had a good relationship with Central Europe. Maybe it’s a legacy of the years Milos Riha stood behind the bench in Moscow, but the club has recruited well from the Czech Republic and Slovakia. Success stories range from Hall of Famer Dominik Hasek to players who made their reputations in the Red-and-White jersey.

When the Dominator arrived at Spartak, his solitary KHL campaign might have been dismissed as a footnote to an illustrious career. It was already 12 years since he backstopped the Czechs to Olympic gold in Nagano; his role in the Red Wings 2008 Stanley Cup triumph was limited to four playoff outings and he had taken a year out before returning with Pardubice, his home-town club. But his time in the KHL brought one last hurrah for Dominik Hasek. Aged 45 when he joined the club, he was not only capable of playing the bulk of the season – and returning creditable stats. He also earned himself an All-Star call-up and topped the league with seven shut-outs. Not bad for a farewell tour! 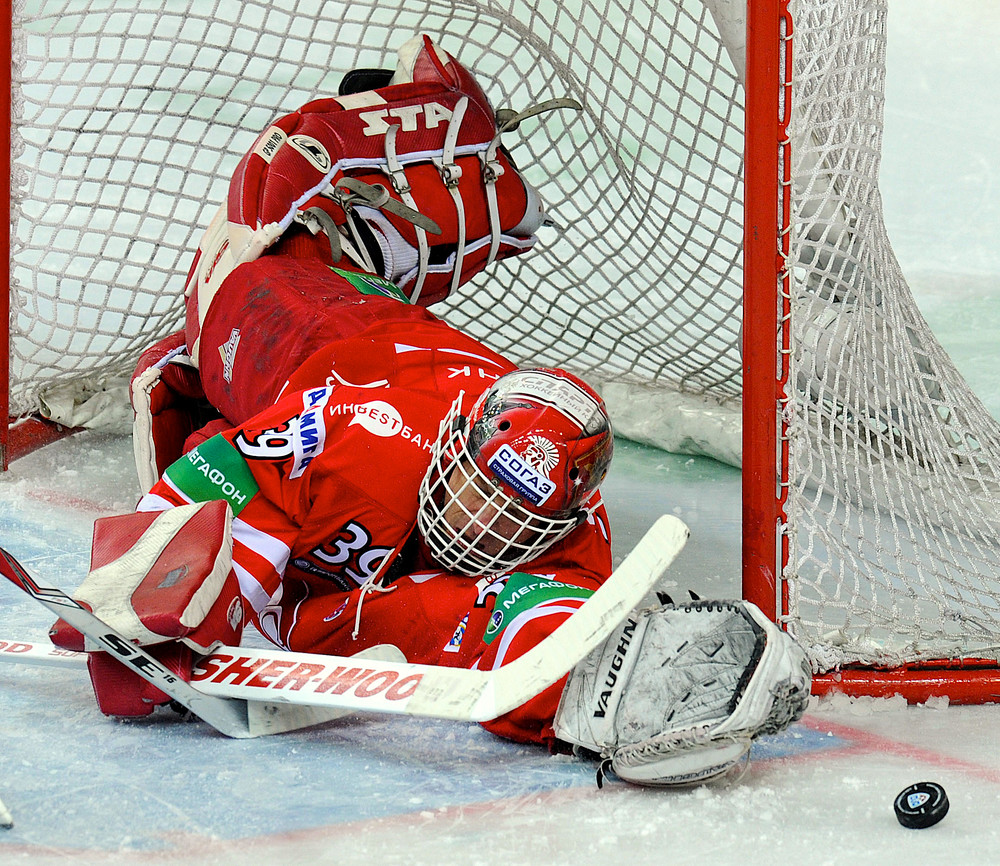 A trip to Sokolniki in the early years of the KHL was not complete without the home crowd loudly hailing this hard-working forward to the tune of ‘Lambada’. The Trencin native joined Spartak in the KHL’s first season after a long NHL career that brought more than 400 games for Phoenix, Philadelphia and Minnesota. Branko Radivojevic needed little time to settle into his new club: his rookie campaign brought 43 points in 49 games; season two saw the numbers improve to 55 from 56. At that time, Spartak was a regular presence in the playoffs, with the 2010 post season seeing the club reach the Conference semi-finals for the only time in the KHL era, and the forward made two All-Star appearances. Radivojevic also top-scored for the club in the disappointing 2012/13 season, where he was named captain, but could not lift the Red-and-Whites off the foot of the Tarasov Division. Away from Spartak, Radivojevic also had one season with Atlant and divided the 2013/14 campaign between Neftekhimik and Slovan. He went back to Dukla Trencin in 2014 and ended his playing career this summer to prepare for a new role as assistant coach at his home-town club. 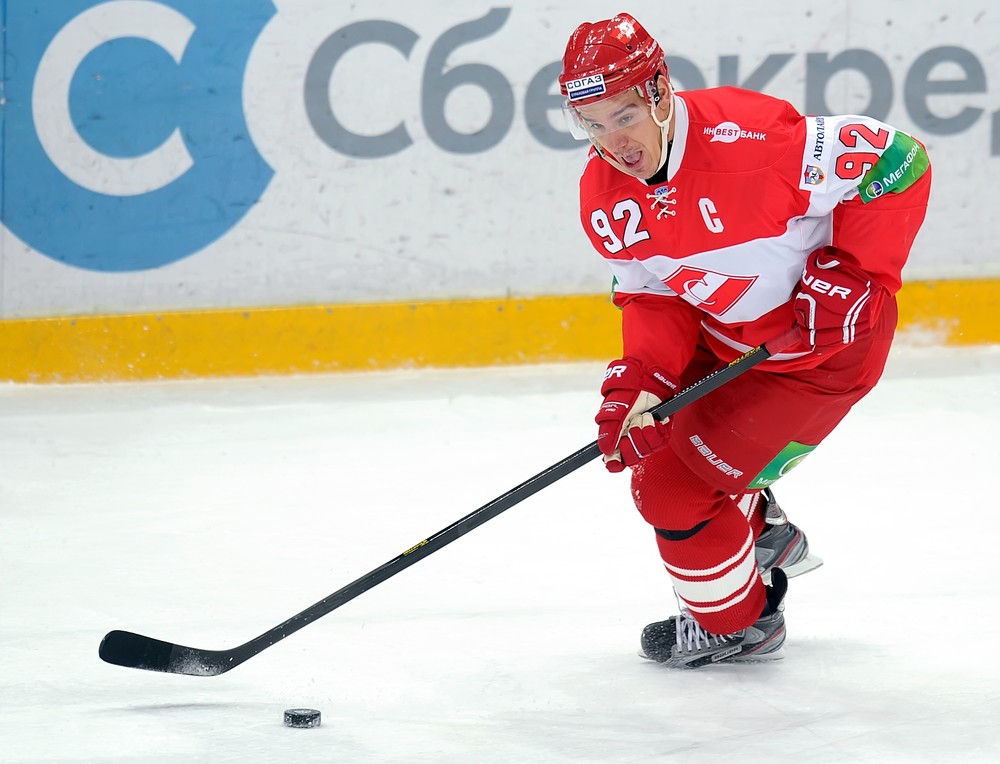 Spartak’s leading scorer in the KHL era, Stefan Ruzicka arrived in Moscow at the same time as Radivojevic. The pair had crossed paths earlier in their careers at Philadelphia, although Ruzicka struggled to make an impact in the NHL and mustered just 55 appearances in three seasons with the Flyers. The Nitra-born winger was a model of consistency when he reached the KHL, breaking the 30-point barrier in four consecutive seasons with Spartak in a productive partnership with his compatriot. He left Sokolniki during the 2012/13 season to join Salavat Yulaev and also played for Avangard (where he won the Nadezhda Cup in 2014) and Slovan in the KHL. The 34-year-old’s final season on the ice came in 2016/17 with 16 games for Sparta Prague. 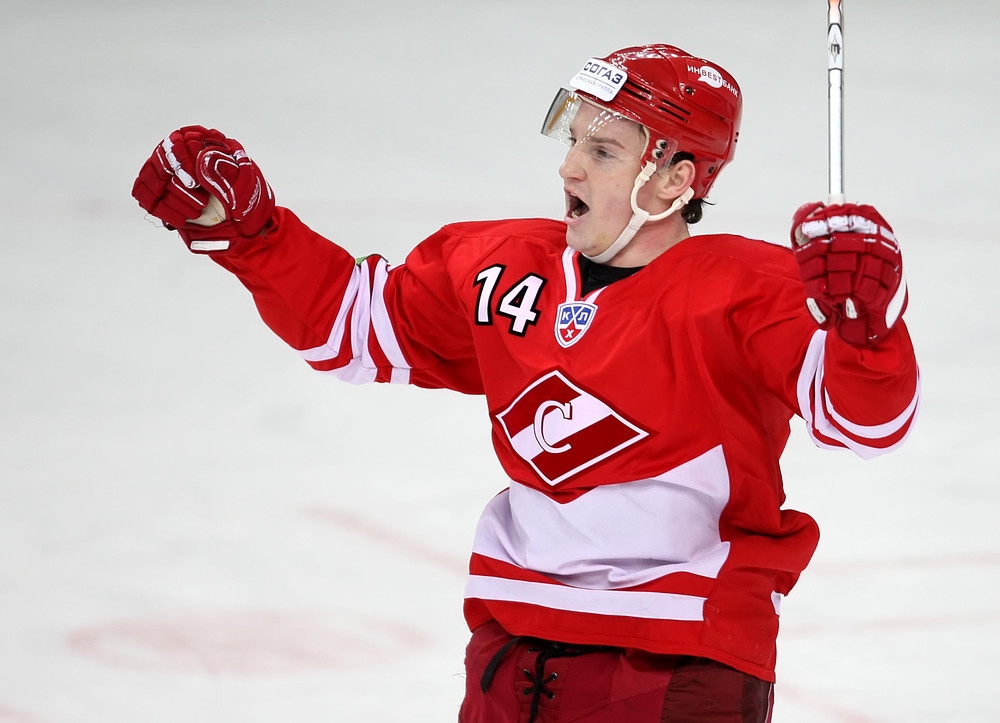 Nobody has played more game on defense for Spartak in the KHL era, nobody has contributed more points from the blue line. Ivan Baranka was another highly successful acquisition for the club as the KHL got started back in 2008. Like Ruzicka and Radivojevic, he joined from North America. The previous season saw him make his one NHL appearance for the Rangers. A solid but unspectacular start with Spartak was followed by an explosion of scoring in 2009/10: 32 points in 55 regular season games, plus four more in post-season, put him among the most prolific D-men in the league and helped him earn an Olympic call-up. Later he wore the ‘A’ for the Red-and-Whites, and the responsibility inspired him to his second-best scoring with 21 points in the 2011/12 campaign. His later career followed a similar path to Ruzicka’s: a spell at Salavat Yulaev, a Nadezhda Cup win with Avangard and a return to his homeland with Slovan. Baranka, now 34, is still active: he’s set to continue with Kometa Brno next season. 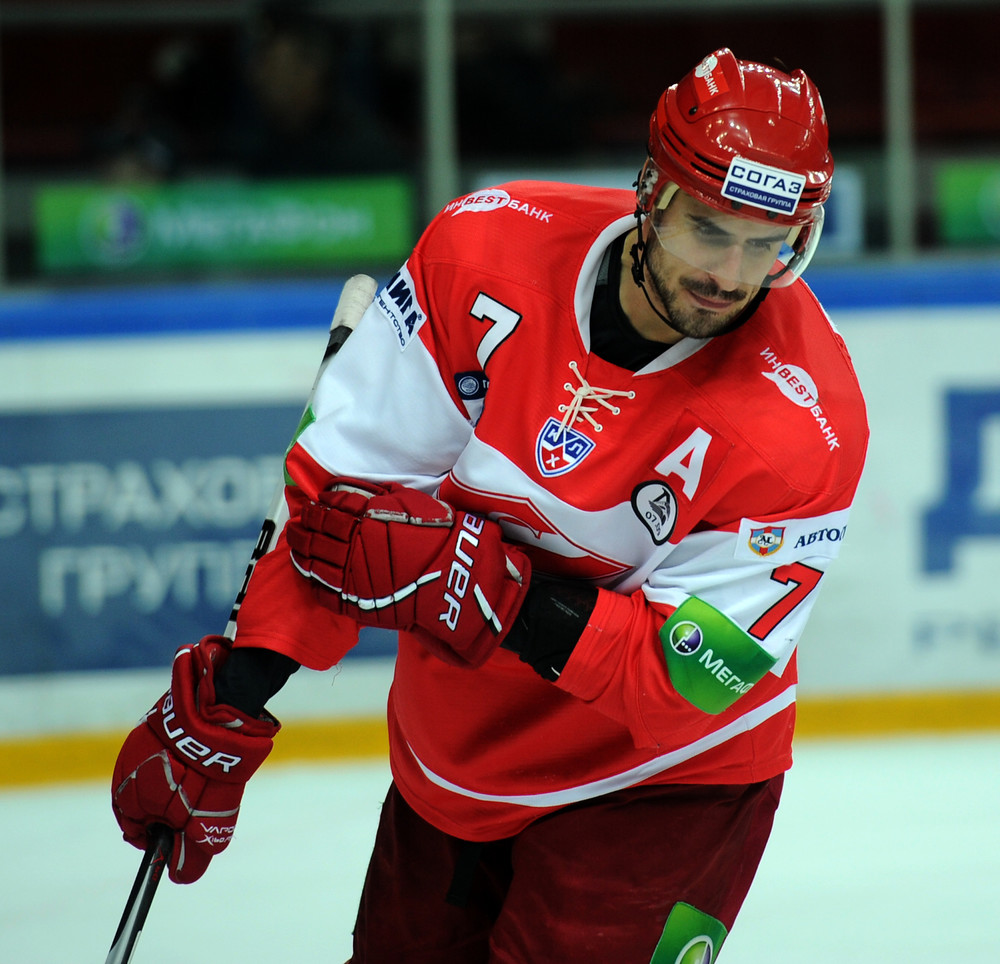 After Spartak’s bright start to life in the KHL, the club encountered a series of problems on and off the ice. For six seasons, the club did not reach the playoffs; in one of them it did not even enter a team due to financial problems. Lukas Radil was part of the team that finally got Spartak back to post-season. The Czech forward arrived from Pardubice in 2015 and immediately fired himself to the top of the club’s scoring charts with 32 (13+19) points in his first campaign. He remained consistent and got a World Championship call-up in his second season with Spartak before ending on a high note in his third season in Moscow. Radil had his most productive campaign, delivering 38 (16+22) points and helping the Red-and-Whites reach the playoffs at last. His contribution was noticed overseas, and he left to join the Sharks organization for the 2018/19 season, making his NHL debut for San Jose. The 28-year-old is set to continue with the Sharks next season. 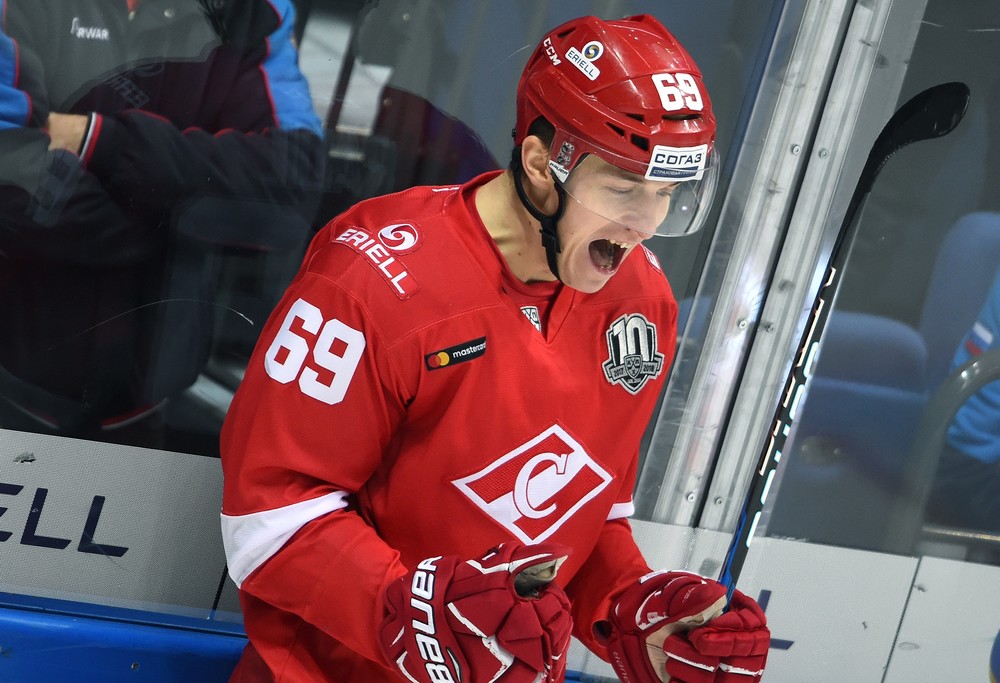