Linglet: ‘Playing for a country, for a flag, it’s a whole new dynamic’

KHL.ru continues its series of interviews with key players from the league’s history. This weekend, with Torpedo Nizhny Novgorod jetting off to Britain for two high-profile exhibition games against Team GB, it’s the perfect time to catch up with a forward who has played for Torpedo and is now plundering points in Britain’s Elite League. Charles Linglet, a veteran of eight KHL campaigns, a naturalized Belarusian and now a playoff winner in with Cardiff Devils, talks adjustment in Nizhny Novgorod, international action with Belarus and hockey action in a country better known as the birthplace of soccer.

'Everything was different – the big ice, even the locker room'

Montreal-born Linglet arrived in Russia for the 2010-11 season – and immediately found himself climbing a steep learning curve in his first campaign outside of North America.

“Everything was different – different hockey, different lifestyle. It was a big adjustment period. But at the same time it was interesting, we had a good group of guys in Nizhny Novgorod. It wasn’t just the imports, the Russian players were really, really helpful as well. That was good for someone arriving in not such an Americanized city, we really needed that,” Linglet recalled.

“The difference was just the lifestyle. The pace of everything was so fast, and then not having the language made things difficult sometimes. It sounds silly, but just going to the store and not knowing what’s what when you’re looking at the products … it was quite the adjustment. Then hockey-wise, the game is different. There’s the big ice, the dynamic in the locker room wasn’t quite the same – little things like ordering equipment or having a massage therapist available at all times, not big things but not something I was accustomed to.”

For some, the adjustment to a new environment proves too much: regardless of results on the ice, the strain of fitting in to new ways of thinking can be tough. Linglet, whose previous career peaked with five NHL outings for Edmonton amid more than 300 appearances in the AHL, has his own ideas about what helped him to cope.

“There are a lot of factors. It might be your personality type, who you’re with on the team, how your family settles. I can understand why some guys find it tough. If you’re an established NHL player then coming to the KHL maybe isn’t what you’re hoping for. For me it was the opposite, I was playing in the AHL and going there was an upgrade. I was starting my career in the KHL with more positivity. I think a lot depends on your mind set, how you’re approaching the league.” 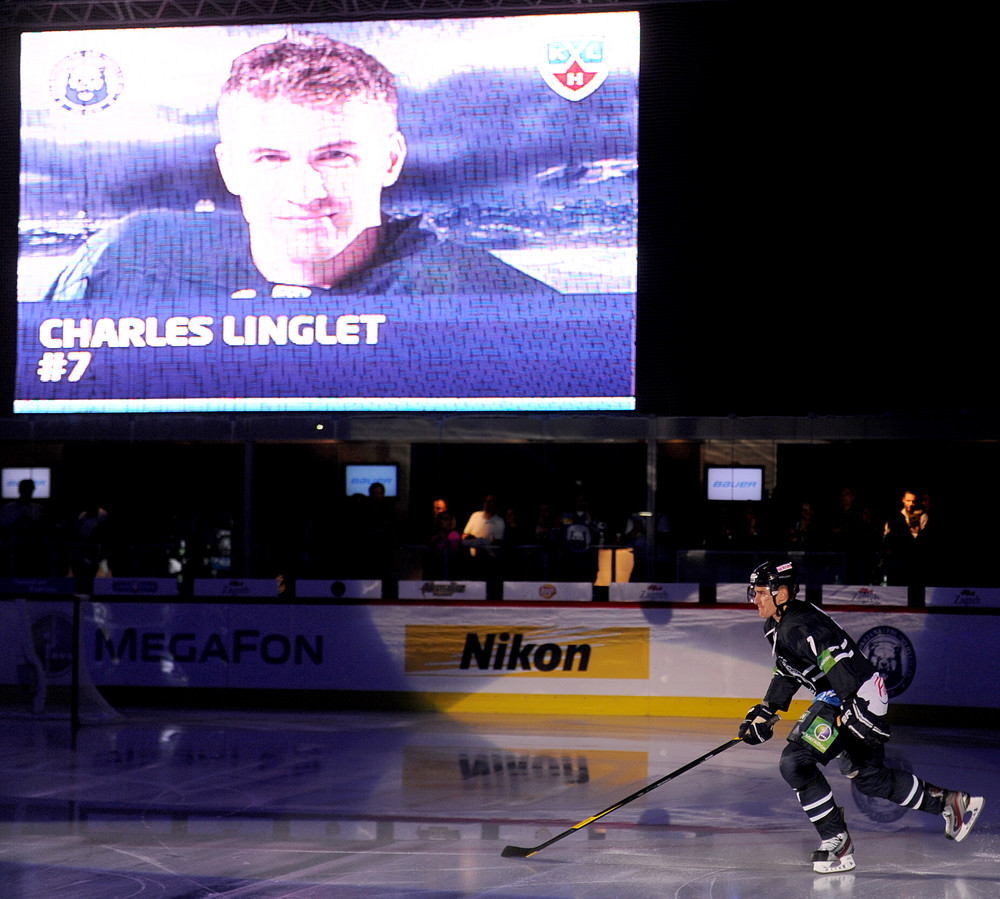 'As a player, you can take pride in representing Minsk'

A successful rookie season in the KHL brought 45 (20+25) points from 53 games and persuaded Linglet that he’d made the right choice. But the following season saw a move Belarus and the start of a long association with Dinamo Minsk.

“After my first year I was hoping to re-sign in Nizhny Novgorod but a few factors ended up working against me. Minsk called. I didn’t know much about the city, I’d only played there but not had chance to visit. I just knew that they had a beautiful new arena and that intrigued me so I ended up going there. Then they offered me the passport and I saw some positives from that as well.

“Minsk’s a great place with great people. I really loved it there, it’s not a place I could say bad things about. The organization is full of great people and they made us really comfortable, Dinamo is another club that’s very very helpful. Going back there year after year I felt more comfortable. I started learning to deal with some of the adversity that could occur if we went on a losing streak.

“The atmosphere and the fans are great. They make sure they get big crowds to the games. Dinamo’s a big deal in Minsk, hockey is very important to the people there and even the president of the country advocates the game a lot. As a player, you take pride in that.”

Linglet played six seasons in Minsk, interspersed with one year at Medvescak Zagreb and a few shorter spells in Switzerland, Germany and Finland. Acquiring Belarusian citizenship opened the door to the international arena – the fulfilment of a dream, albeit in a country far from his native Montreal.

“That was an incredible experience. I didn’t have a chance to play for Canada so when I got that passport I was looking to the future and hoping that it might give me a chance to play against some of the best players in the world. Going to a WC, seeing the quality of the play, getting that experience of playing for a country, for a flag – it’s definitely a different dynamic. It was great to get a chance to compare myself against players who I usually only watch on TV. When I’m older, I’ll always have those memories of playing against guys like Auston Matthews or Connor McDavid.” 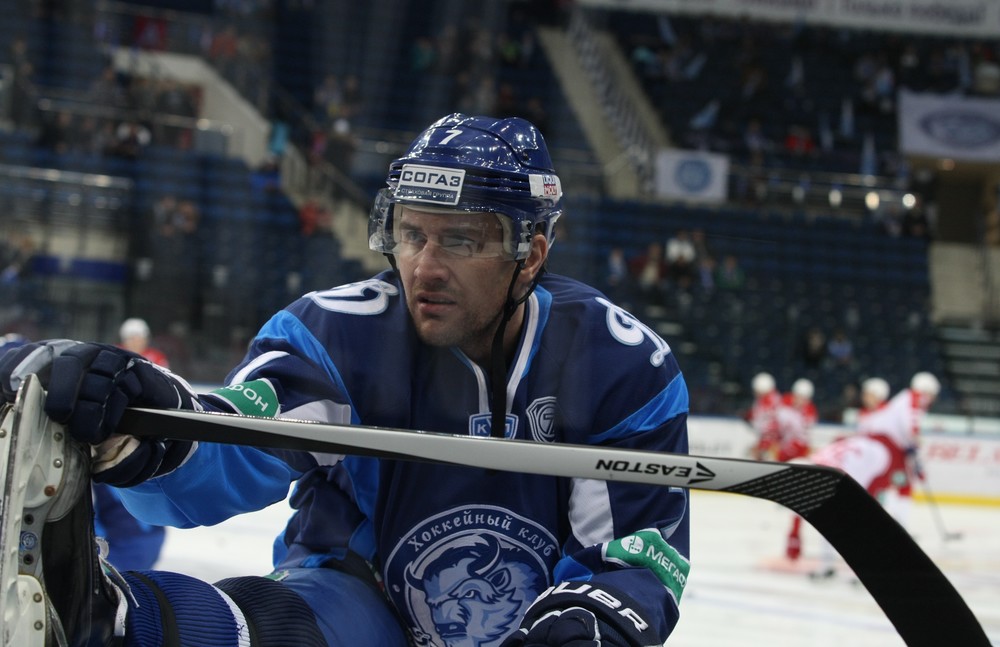 'Britain has a goalie who can steal you games'

And talk of the World Championship brings us full circle to life in Great Britain. Several of Linglet’s team-mates in Cardiff will be part of the GB roster that will represent the country in the top division for the first time in 25 years. As a veteran of three World Championship campaigns, his experience has been demand among his colleagues.

“I’ve had a few conversations about it. It’s a little bit different than with Belarus because we were already in that top 16. For Britain, getting in and gaining that first experience is wonderful for the country. Knowing some of the guys from Cardiff, I’m sure they will be leaders on the GB squad. I know they are going to go there to have fun and enjoy the moment and I think that’s the best way to approach it. Don’t take yourselves too seriously, just go and play your hearts out and you never know what can happen. You get one shot at each team and you can surprise someone, like when Belarus beat the USA in 2015. In [Cardiff’s] Ben Bowns they have a goalie who I’ve seen for myself can steal you games. He steps up for big games and hopefully for big tournaments like this. I’ll be very intrigued to see how it turns out for them.

“I didn’t have any expectations of Britain. I didn’t know much about the players here, but the fact that GB went up to the top 16 showed that there were some quality players. I came to Cardiff with an open mind, perhaps because I’ve played in so many leagues. I wasn’t getting ahead of myself, I just wanted to play the way I can play and not take things lightly. I found we have some good teams here, some good players. All season long it was a great league, it showed with our battles against Belfast Giants all season long [ed: Belfast pipped Cardiff to the Elite League championship on the final weekend of the season]. But it wasn’t just Belfast, the other teams surprised us at times as well.” 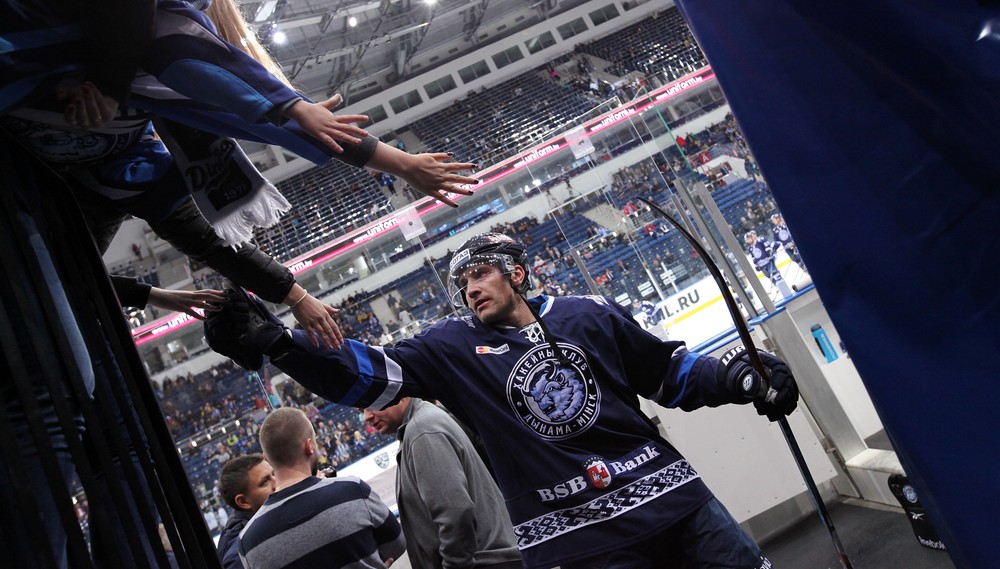 'The KHL has the potential to be a big, big league'

With the Elite League on the up, how about a KHL franchise in Britain? After playing on an expansion roster in Zagreb, Linglet can see potential to grow the league.

“I’ve heard about a possible KHL team in London, where there isn’t an Elite League team at the moment. I don’t know if there’s a hockey audience there; it might also be worth looking at cities like Sheffield, Nottingham or Cardiff where there’s an existing fanbase. But you never know with the KHL – they tend to surprise us with their expansions, like going to China or some of the Central European countries. It would be great for the KHL to expand to the west, there’s potential for a big, big league but these things take time and money.”

One of the other attractions of coming to play in Britain was the chance to enrol in the Devils’ MBA program, which offers players the chance to combine Elite League action with a course at Cardiff Metropolitan University. Linglet, along with team-mates Sean Bentivoglio and Stephen Dixon, is now back to the books at the end of the season.

“Since the playoffs ended I’d like to say it’s been all about school. But I’ve got my family here and we’ve just had the Easter break so that’s kept me busy. I’m trying to do what I can to catch up. During the hockey season we can’t keep up with the regular school schedule but we’re blessed with a few extensions. Now it’s time to catch up and I’ve got a busy few months ahead but there’ll be a nice reward at the end of it when I get my MBA.

“I’m staying in Cardiff until July and at the moment I’m having talks with the club and we’ll see where that takes us. My family and I have been loving it here in Cardiff – from a hockey perspective we’ve been winning a lot and you always want to repeat that feeling. Hopefully we can reach a deal and I can come back next season.” 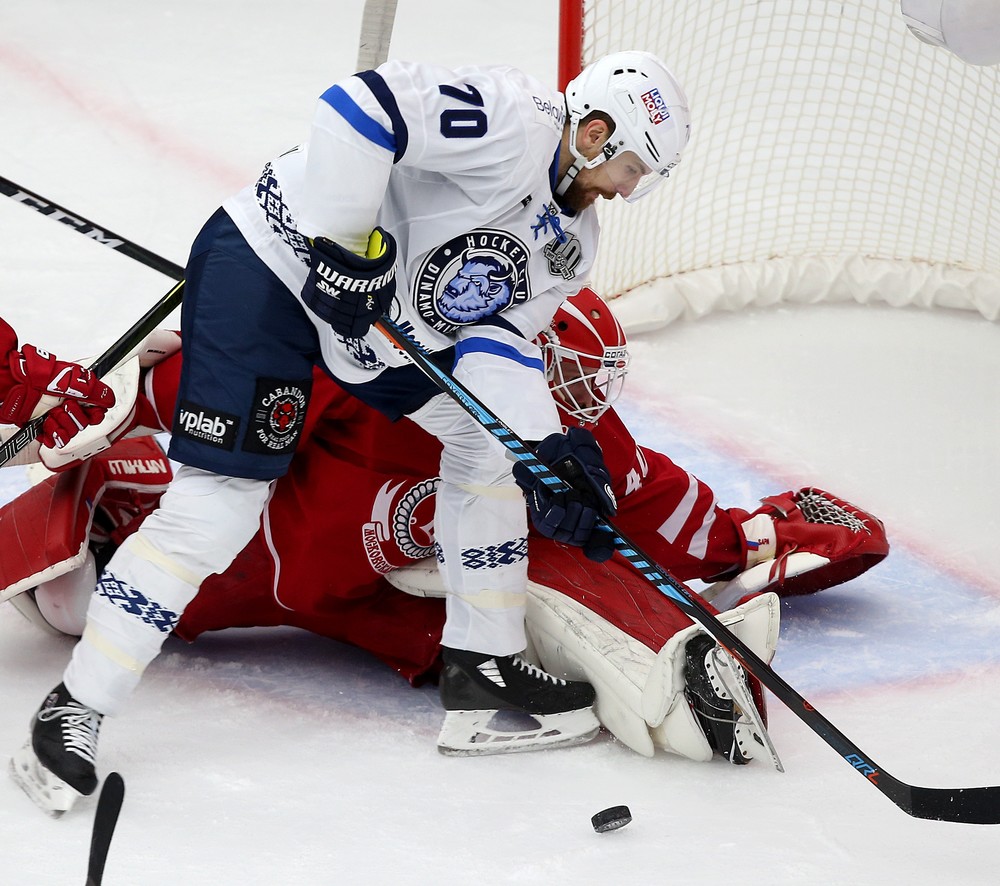 Charles represented Belarus at the World Championships in 2016, 2017 and 2018, as well as in the qualifying tournament for the 2018 Olympic Winter Games.