Nobody could have predicted we would get this far

Avangard’s players, head coach and president shared their thoughts on the season after the end of the Gagarin Cup final.

This is the best team I’ve been a part of. We did so much good work together, I’m grateful to everyone. There’s nothing to be ashamed of, we can go further. Now we understand what we need to do in a final. I’ve no complaints about anything. We all gave it everything, everyone fought, everyone is tired. Overtime was like a lottery, whoever scores first.

We achieved a lot but we couldn’t quite get over the line. CSKA is a great team and they deserved the win, I tip my cap to their players. It was a real war out there on the ice because both teams play a similar style. I hoped that we could have finished differently but we’re still proud of what we’ve done. These finals will only make us stronger.

This team is like a family. I’ve only got good things to say about this season. Of course it’s a pity that we lost in the final, that leaves a bitter taste. But, all the same, we’re grateful to the fans in Omsk and in Balashikha, to everyone who backed us. We need to learn from this, there’s no better teacher than experience. We need to keep working, everything is in our hands.

I don’t think we expected to get this far. We had a new team, new coaching, new management, even a new home arena. Nobody could have predicted that we would play like this. I’m proud of everyone who was a part of this success. 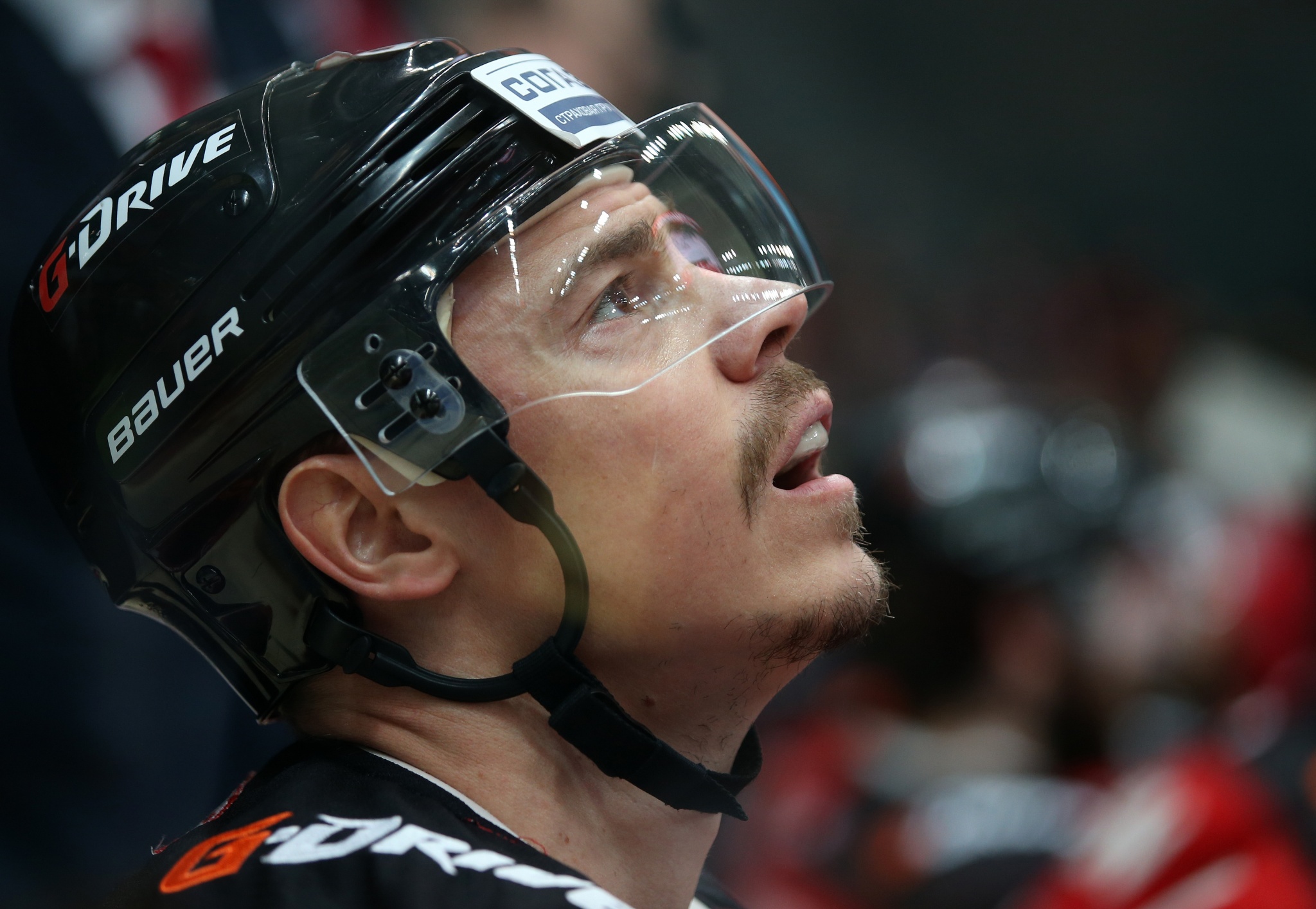 It wasn’t a bad season and the playoffs were good but it always hurts to lose in a final. Before the playoffs our target was to reach the final and play for the cup. We got there, but we couldn’t win it.

In the finals we couldn’t score. It’s hard to win with no goals. Several players had injuries, but there’s no point talking about that now. The coach said he was proud of our team and was happy to spend the season here.

There’s nothing I regret about joining Avangard, it was a wise decision. I still have a contract here.

Obviously it will take a couple days to get over this. We understood who we were playing against and I’m really proud of my team. They fought, they battled and they never gave up. Today’s game was the story of our season. CSKA deserves a lot of respect, it’s an unbelievable hockey machine without any weaknesses.

I’m disappointed after the final, I didn’t think we would lose 0-4. Until the very end I believed we could stay in this series but it didn’t work out. If we talk about the whole season, we achieved the impossible and that’s some consolation. We need to build a team for the coming season and then we can be drinking out of that cup.

We’ve got a great coaching staff and in addition to them I need to say a special thank you to Lyosha Emelin, Zhenya Medvedev and Max Talbot. They created such a great atmosphere in the locker room. The kept the team looking forward, got everyone up for the games. They were real leaders for our younger guys, and the kids learned a lot.