Ilya Sorokin’s fantastic form continued with yet another shut-out as CSKA moved back in front in the Western Conference final. The 23-year-old stopped 19 shots to post his third blank of postseason and frustrate a SKA offense that hoped it had found a way past him after Wednesday’s third-period flourish tied this series.

His best form came in the first period, with SKA dominant from the start. By the time the first commercial break came along, the visitor had seven shots to none with CSKA struggling to find a foothold in the game. There were early opportunities for Mikhail Maltsev and Nikita Gusev, a Nikolai Prokhorkin feed found a defenseman’s skate. Sorokin was called into action once more to catch a testing effort from Maxim Karpov before, in the 11th minute, a long shot from Alexei Marchenko finally saw the home team work Igor Shestyorkin at the other end.

However, that dominance did not bring a goal – and CSKA went in front in the final minute of play thanks to pretty much its only meaningful effort on Igor Shestyorkin’s net. Maxim Mamin wrestled the puck away from Mikhail Maltsev in the corner and found the pass for Mat Robinson to rifle home a one-timer from between the hash marks.

Mamin’s evening got even better midway through the second period when he potted CSKA’s second of the night. This one started out behind the net with Kirill Kaprizov recovering possession. Then Mamin moved into the space at the back door vacated by his team-mate just in time to collect an Andrei Svetlakov feed and double the lead. That was the highlight of a middle frame that saw the home team turn around the pattern of play from the opening session: CSKA outshot SKA 10-2, having trailed 4-10 by the same indicator in the first.

After two contrasting periods, the third was far more even. SKA was unable to recreate the offensive power of the opening frame; CSKA, with a lead to defend, could afford a more pragmatic approach to its own offense. For long periods the teams cancelled each other out, although both goalies distinguished themselves. Sorokin’s best moment came with a glove save to deny Nail Yakupov, Shestyorkin did well to deny Mikhail Grigorenko after Kirill Kaprizov led an odd-man rush. A SKA power play saw Dinar Khafizullin hit the bar, Prokhorkin – scorer in the last two games – looked to beat the home defense on his own but was halted by Mamim. Then came Shestyorkin’s call to the bench as his team looked to stage one last storm. A breakdown in the visitor’s offense cost dear, though, as Sergei Andronov collected the puck and shot home from deep in his own zone to seal a victory that puts CSKA back in front in the series and potentially on the point of progressing if it can win in Petersburg on Sunday.

The first period was good, apart from the last moments when we allowed a goal. After that we tried to get back into the game but it didn’t work out. We’ll keep going and prepare for the next one. In the second period we couldn’t get started, we spent too long playing in our own zone. Magnus Hellberg wasn’t involved today because of family circumstances.

This was a tough game, like all the games in this series. The guys showed character, took their chances. Now we need to move on to the next game. I didn’t feel that Sorokin had a disappointing time in Petersburg, your goalie is an important part of the team in every game. We’re up against a good team, SKA skates well.

How did you prepare the new lines?

We barely had time to practice with them, it was pure intuition. We needed to shake up the team a little bit. 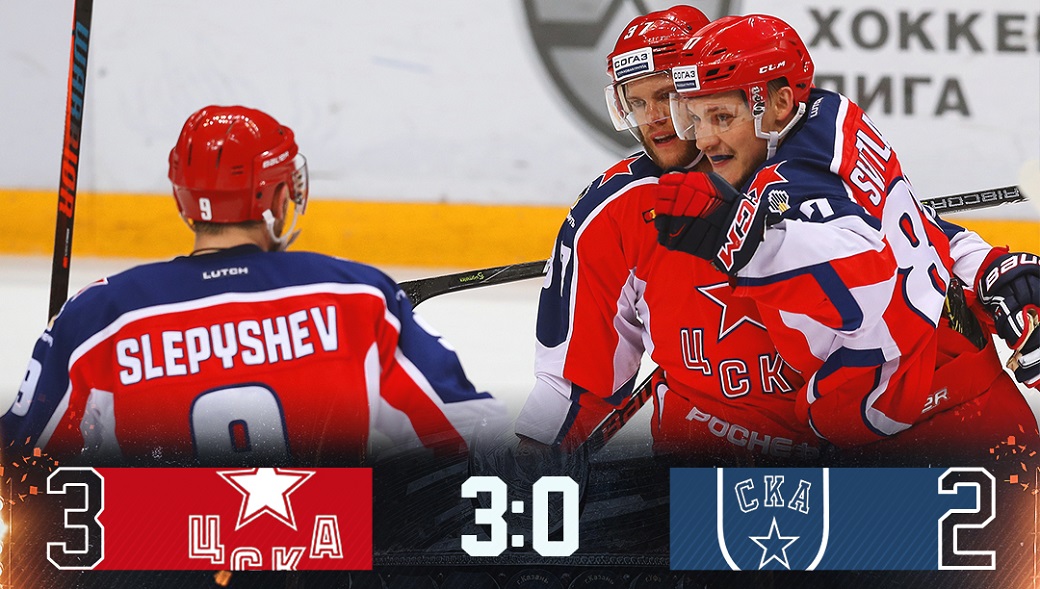