Avangard left no chances to Barys. The Hawks move on to the East finals

In what seemed to be a strong candidate for a seven-game series, Avangard didn’t experience much trouble in getting the best of Barys. The Kazakhs battled fiercely – and at times they looked able to get Avangard more than a problem – but the Hawks were ultimately the best team and deservedly earned the right to take on Salavat Yulaev on the Eastern Conference finals.

In the first two games, the teams exchanged victories in what seemed to be a long series. In game one, the Hawks took the lead in the first period, and Barys didn’t manage to rally back, but in the second encounter, Barys’ international players led the team to a convincing 4-2-win scoring three goals with the man advantage. However, when the series moved to Balashikha, Barys accumulated penalties and Avangard scored four times with the man advantage to bury Astana under five goals. In game-four, Barys struggled once again to keep up with Avangard’s pace, and Maxim Chudinov started his show when he scored from his own half in two consecutive games as the Hawks finished off the Kazakh team in only five games.

Under their new coach Andrei Skabelka, Barys had a strong season. Their international players delivered, but local players like Roman Starchenko and Nikita Mikhailis also had substantial contributions, especially in the regular season. Mikhailis scored 17 times in the first stage, and only one in the postseason – perhaps Skabelka was counting on a bit more scoring from the offensively gifted forward. Roman Starchenko showed up just for five games in the playoffs as he picked up a season-ending injury in the first round against Torpedo Nizhny Novgorod.

With these premises, Barys will most likely be once again one of the teams to beat in the Eastern Conference. Multiple key players are under contract for the next season, like Darren Dietz, Henrik Karlsson, and Nikita Mikhailis, and indeed the boards will manage to retain some of the talents that moved to Kazakhstan last summer. Astana seems to have found the right coach in Skabelka after a couple of disappointing seasons.

Avangard can watch at the Conference finals with optimism. Several Hawks are among the leaders in the stats: Taylor Beck is tied in third place for points, Cody Franson is the top-scoring defenseman in the League, and Sergei Shumakov is tied in second place for goals. Moreover, Igor Bobkov is a solid option between the pipes and posted two shutouts already – meaning the big goalie is ready for the playoffs in spite of the relative lack of experience in postseason hockey.

Moreover, we shouldn’t forget about Chudinov. The defenseman scored two incredible goals in the fourth and fifth game, helping Avangard in critical situations. Repeating the feat against Juha Metsola won’t be that easy, but the blueliner has more than 70 career goals in the KHL and the years he showed that he could score against any goalie. On the less bright notes for bench boss Bob Hartley we can mention injuries. Denis Zernov will miss at least the first two or three games in the Conference finals as he suffered from an upper-body injury in the first period of the third game against Barys and didn’t get back in the series. Ilya Mikheyev will also miss three to four weeks after missing game-five against Astana. This is undoubtedly a massive blow for Hartley – the team showed that they could cope with their absence against Barys, but it won’t be the same in the Eastern finals.

In the series against Barys, the Hawks took advantage of their excellent game with the man advantage, but Salavat Yulaev is a much more disciplined team, and Hartley’s troops will most likely have fewer powerplay chances. However, the bigger bench experience can play a significant role for Avangard.

The Eastern Conference semifinals will kick off this Friday in Balashikha. 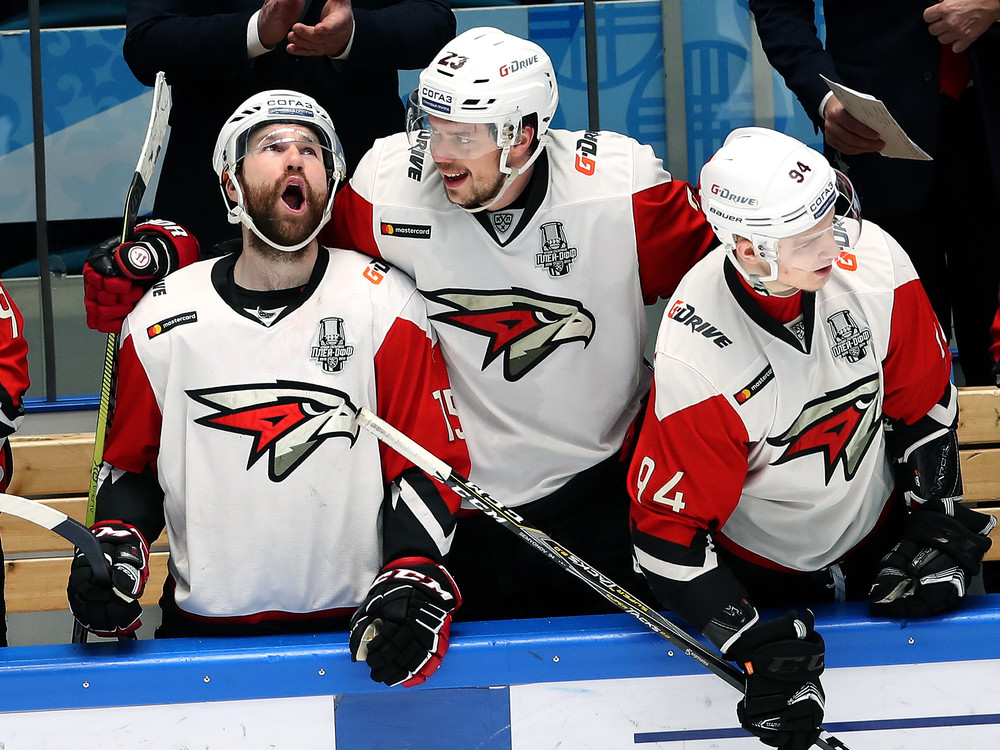