By the Beautiful Blue Danube – KHL week in review

All eyes were on Vienna this week as the inaugural KHL World Games took place in the Austrian capital. But there was also a festival of hockey in Tallinn as Jokerit went on tour, plus a double landmark for Nigel Dawes.

Destination of the week – the Erste Bank Arena

More than 11,000 tickets sold. Sixteen goals scored in two games. A new KHL record victory in a road game. Bringing the league to Austria certainly made a splash. Slovan Bratislava’s weekend games against CSKA and SKA grabbed the attention of Vienna’s sporting public, and the teams did not disappoint. On Friday night, CSKA’s stars produced a dazzling 9-0 victory, a record road win in this league, in a performance that made Europe sit up and take notice.

Two days later, SKA responded with a 7-0 victory on the same ice. A tough weekend for Slovan, no doubt, but a great showcase for some of the top talent in our league. As Austrian goalie Bernd Bruckler – himself a former KHLer – pointed out: “For Austrian fans, it’s more important to be able to see hockey at the top level.”

KHL World Games – SKA puts on a masterclass in Vienna

Masterpiece of the week – Gustav Klimt’s ‘The Kiss’

For one weekend only, Vienna was all about the KHL. But our stars were just the latest in a long line of great talents to head for the heart of Europe. A group of CSKA players – Ivan Telegin, Konstantin Okulov and Mikhail Pashnin – took the chance to sample some of the cultural highlights of the city with a trip to the Belvedere Museum and a special viewing of Klimt’s famous painting ‘The Kiss’. The inspiration clearly paid off: both forwards were among the points in the following day’s win over Slovan, while Pashnin and his fellow defenseman produced a shut-out. 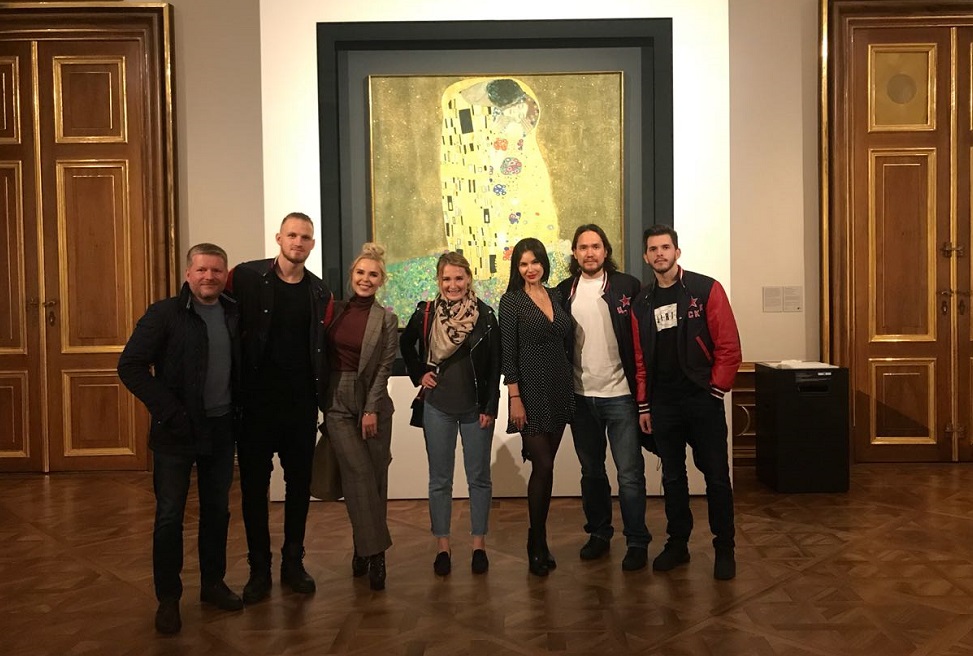 Challenge of the week – KHL vs NHL?

Off the ice in Vienna, many of the guests at the KHL World Games were keen to talk up a further international engagement – exhibition games between the KHL and NHL. For CSKA, looking to celebrate Anatoly Tarasov’s centenary this season, president Igor Yesmantovich spoke of the lure of a Trans-Atlantic challenge. KHL president Dmitry Chernyshenko spoke encouragingly of the idea; IIHF chief Rene Fasel pledged to raise this issue when he meets with NHL Commissioner Gary Bettman in Helsinki on Thursday. Could we see a return of the great summit series of the Soviet era? 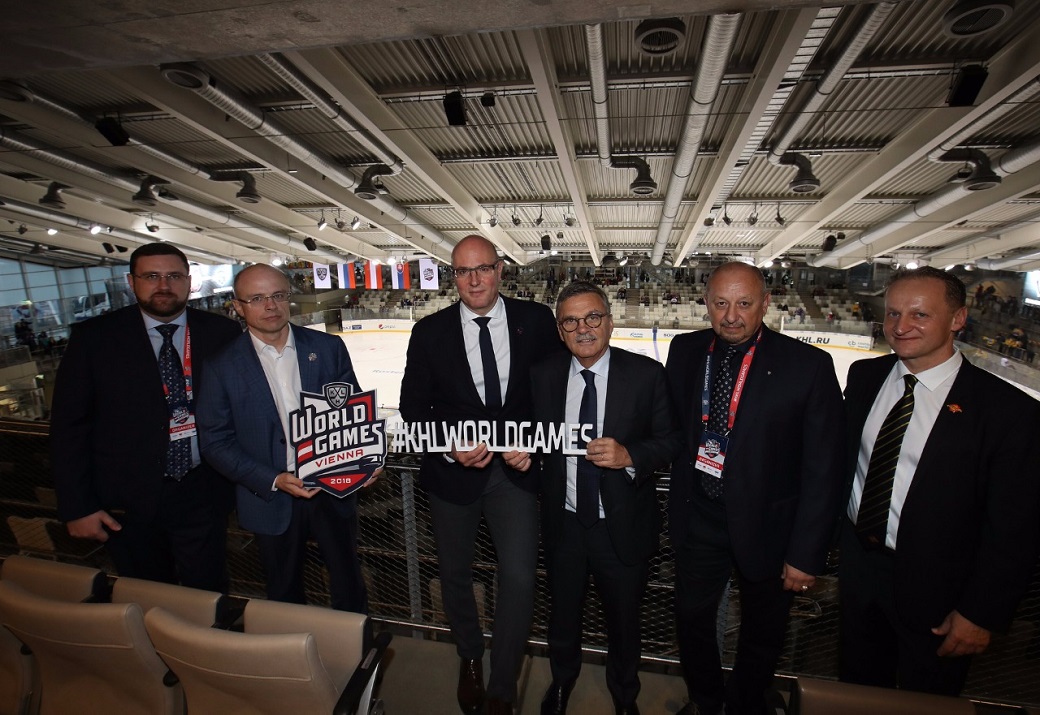 Contests of the week – the Tallinn Hockey Festival

Vienna, city of artists and museums, was a great exhibition. Further north, in Tallinn, Estonia, Jokerit Helsinki took on Spartak and Severstal in two games that highlighted the depth of competition in our league. The host, making a shot voyage across the Baltic, won both games – but twice had to dig deep against opponents battling for a place in the Western Conference playoff places. Friday saw Spartak lead 2-0 and 3-1 before falling in overtime to a rousing Finnish fightback.

Sunday went down to the closing seconds, with Niklas Jensen getting the game-winner just 40 seconds after Severstal tied it at 2-2 in the 59th minute.

Landmark of the week – Nigel Dawes

Sunday’s game between Avtomobilist and Spartak saw Nigel Dawes reach the 400 mark – twice! The forward made his 400th regular season appearance in the KHL since joining Barys back in 2011. Then, to mark the occasion, he supplied an assist for Avto’s opening goal to bring up his 400th point in the league. In total, Dawes has 224 goals and 176 assists from 438 regular and post-season outings. Since moving from Astana to Yekaterinburg in the summer, he’s added 24 (7+17) in 23 games to help the Ural team to the top of the table.