Which players rewrote the record books last week? Which goalie is recalling Alexandre Dumas? And where would you find the biggest hockey stick in Russia? Read on …

Landmark of the week (1) – Sergei Mozyakin

The KHL’s master marksman is at it again, posting yet another stand-out achievement on Friday. His assist on Viktor Antipin’s goal at Torpedo was Mozyakin’s 800th point in the KHL. His career tally in the KHL now reads 386 goals and 432 assists (his earlier 1,000-point landmark, reached during the 2017 playoffs, included his scoring prior the formation of this league). However, Friday’s landmark could not save Metallurg from a 2-3 loss in Nizhny Novgorod.

Landmark of the week (2) – Ilya Nikulin

Mozyakin wasn’t the only player to smash a long-standing production target last week. Dynamo defenseman Ilya Nikulin got a goal and an assist in the 4-2 home win over Vityaz and moved onto 456 career points from 1,080 games dating back to the 2000-01 season. That’s one better than Kirill Koltsov, and makes him the all-time highest scoring D-man in Russian Championship hockey. Nikulin’s scoring prowess has brought him a host of prizes, including two Gagarin Cup wins with Ak Bars, but his immediate concern is helping the Blue-and-Whites improve on a shaky start to the season at home to Barys on Monday.

Goal of the week – Maxim Rybin

Severstal’s home game with Vityaz might not have been the week’s highest-profile match-up, but it produced this masterpiece from home forward Maxim Rybin. The Severstal captain collected the puck on his own blue line and set off – stick-handling his way through four opponents before applying the finish. And his seventh-minute strike set his team on the way to a 2-1 victory that snapped a three-game losing streak.

Recovery of the week – Traktor

Two horrible road losses for the Chelyabinsk team saw it allow 14 goals and score just one on visits to Jokerit and Spartak. But the Black Sea resort of Sochi has long been famous for its recuperative qualities and something did just the job for German Titov’s men. A hard-fought overtime win following a 3-3 tie in regulation was the perfect tonic after a difficult week. Traktor is back on home ice this week, starting with Monday’s game against Salavat Yulaev.

Swashbucklers of the week - Avtomobilist

It’s not just the scoring of summer signings like Da Costa, Dawes and Sexton that is powering Avto’s unbeaten start to the season. Goalie Jakub Kovar is as excited as everyone else about the new faces at the club, but he hasn’t forgotten how it all began for him in Yekaterinburg back in 2013. And he’s channelling a bit of the great French writer Alexandre Dumas to celebrate his fellow old-timers on Andrei Martemyanov’s roster. “Tolya [Golyshev] and Nikita [Tryamkin] have gone on to become real leaders on the team, and that’s great to see,” he said in an exclusive interview with KHL.ru. “We all started out here together and it feels like we’re the last of the musketeers.” 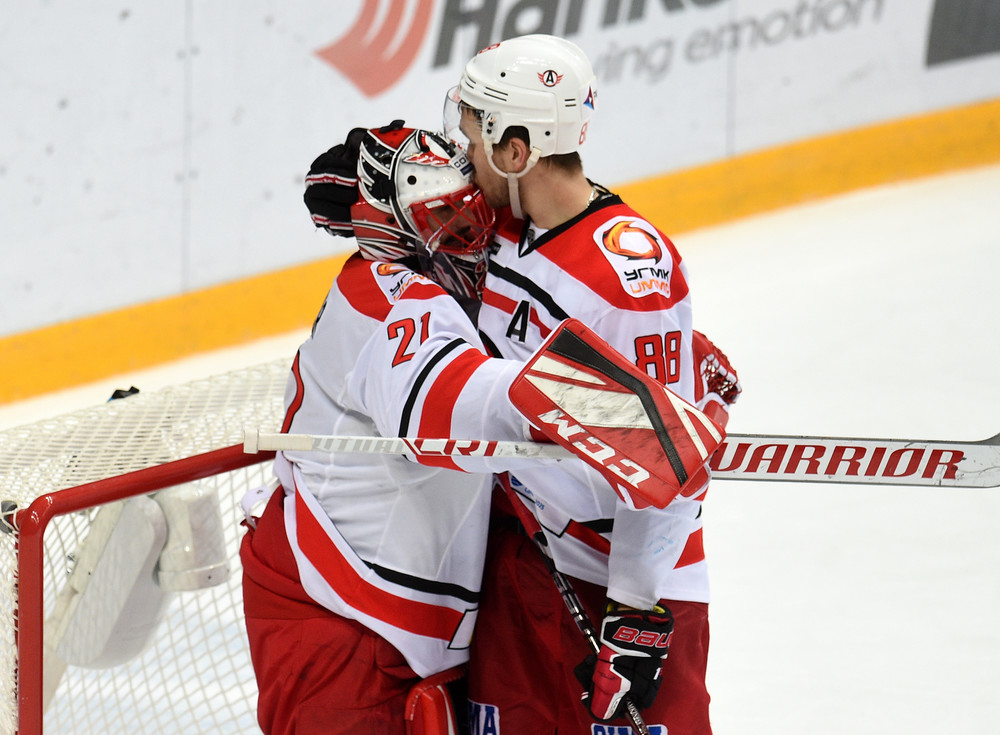 Rebuild of the week – Sibir

Still chasing its first win of the season, Sibir Novosibirsk has been active in the transfer market. Incoming head coach Alexander Andriyevsky has signed Maxim Kazakov and Dmitry Sayustov, two forwards who played for him at Admiral last season. He’s also added the young Belarusian defenseman Pavel Vorobei, who dropped out of Jussi Tapola’s roster at Kunlun Red Star. Sibir goes to Ak Bars on Monday looking to avoid a 10th successive loss. Only Vityaz has lost its first 10 games of a KHL season before. 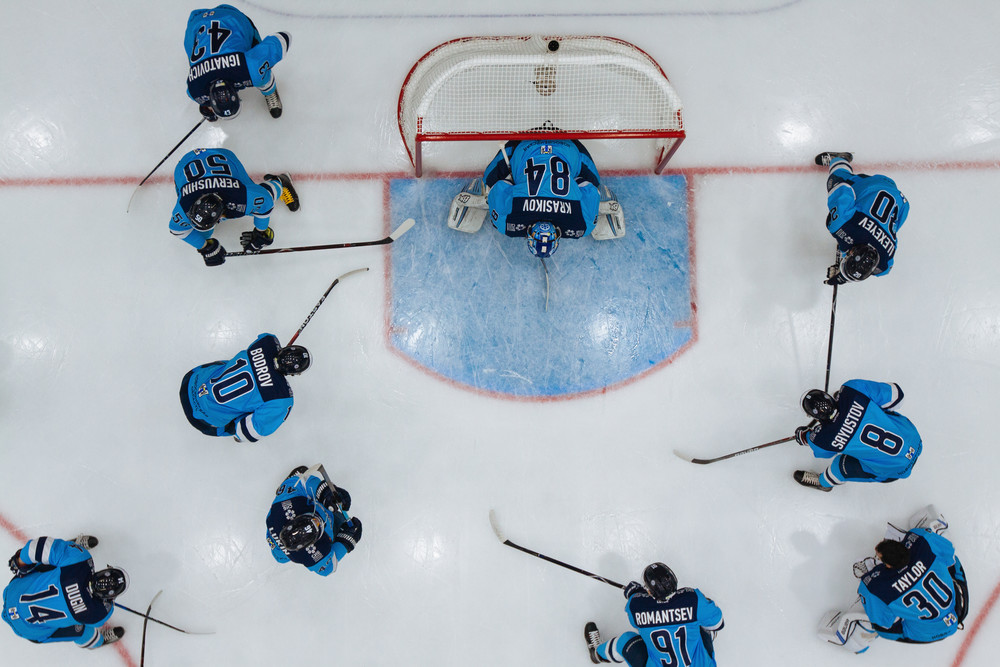 Equipment of the week – the Severstal ‘wonder-stick’

Russia. Big country. Hockey. Big sport. So, putting it all together, it’s not surprising that somebody came up with the idea of building a big stick. Actually, make that a huge stick. In Cherepovets, the Severstal ‘chudo-klyushka’, or ‘wonder-stick’, has earned a place in the Russian book of records. It might be a touch too big to meet the regulations for use in official play, though: 954 cm long, and almost 100 kg in weight.