It’s hard to beat Torpedo at the moment – even with a three-goal head start. Elsewhere, CSKA hones it special teams in a local derby, Loko’s latest prospect bags his first KHL goal and Kevin Dallman launches a howitzer from the red line.

Comeback of the week – Torpedo (x3)

There’s no question about the comeback king of the KHL right now. Torpedo Nizhny Novgorod has won all four games so far this season – and has gone behind in every one. The week just gone brought three more come-from-behind victories, with David Nemirovsky’s team saving the best for last on Sunday. That game, against Barys, saw Torpedo 0-3 down early in the second period. One rally wasn’t enough – Barys jumped to 5-3 in the third. Then, not for the first time this season, a late blitz changed everything. Vladimir Galuzin struck on the power play; 39 seconds later Andy Miele tied it up with his first KHL goal. Into overtime, and Andrew Calof potted the winner as Barys went the same way as Vityaz, Dinamo Minsk and SKA.

Arrival of the week – Grigory Denisenko

Drafted at #15 by Phoenix over the summer, Lokomotiv’s 18-year-old forward had never played a regular-season KHL game until this week. On Sunday, he opened his scoring account to help his team to a 4-1 victory at Slovan. The right winger joined Denis Alexeyev’s rush and was Johnny-on-the-spot at the back door to tuck away his team-mate’s pass and enjoy that memorable ‘first’. 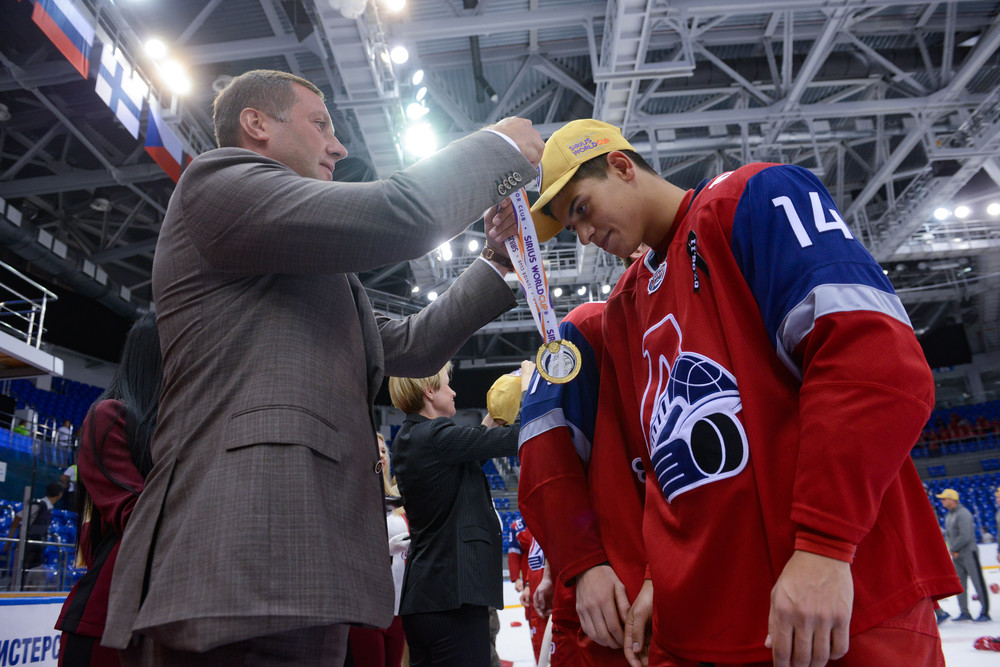 Powerplay of the week – CSKA Moscow

Some days, it just clicks. And Saturday was one of those days for CSKA. In the fervent atmosphere of a Moscow derby against Dynamo, the Army Men converted their first three power play chances to take control of the game in the early stages. Dmitry Kagarlitsky’s trip to the box after just 42 seconds set the tone; Sergei Tolchinsky’s first KHL goal was the result. Kagarlitsky was sitting out a team penalty five minutes later when Alexander Popov scored, and Miks Indrasis watched on as Anton Slepyshev got his first since returning from North America. In fairness to Dynamo, it finished the game with a 100% PP success rate: Indrasis scored late on during CSKA’s only spell of box play, but couldn’t save his team from a 1-3 loss.

Goal of the week – Kevin Dallman

Everyone loves a spot of pretty passing, but once in a while it’s nice to see that the simple things can work just as well. Long-serving Barys defenseman Kevin Dallman certainly wasn’t afraid to go back to basics as his team battled to salvage its game at Ak Bars. A mighty heave from just inside his own half flew past Alexander Sharychenkov into the top corner. It wasn’t enough to save Barys from a 3-4 loss in Kazan, though.

Milestone of the week #1 – Ilya Nikulin

Dynamo’s veteran defenseman has always been a two-way player – and the 36-year-old potted his 100th KHL goal during the week. Nikulin struck during his team’s 5-3 win over Sibir to reach the landmark, and to cap it all it turned out to be the game-winner. If it wasn’t for Torpedo, Dynamo’s recovery from a slow start in that one might have been comeback of the week as well. Meanwhile, the double Gagarin Cup-winner’s overall KHL tally now stands at 344 points in 625 games.

Milestone of the week #2 – Nikol Chupkova

The KHL doesn’t just deliver Eurasia’s top hockey league – it’s also behind the burgeoning Women’s Hockey League in Russia. Sunday saw the grand opening of its fourth season under the league’s aegis as Agidel took on Tornado in Ufa. A big day for the women’s game, and a big day for home forward Nikol Chupkova. She scored her 300th point for her club, helping the home team to a 3-2 victory. 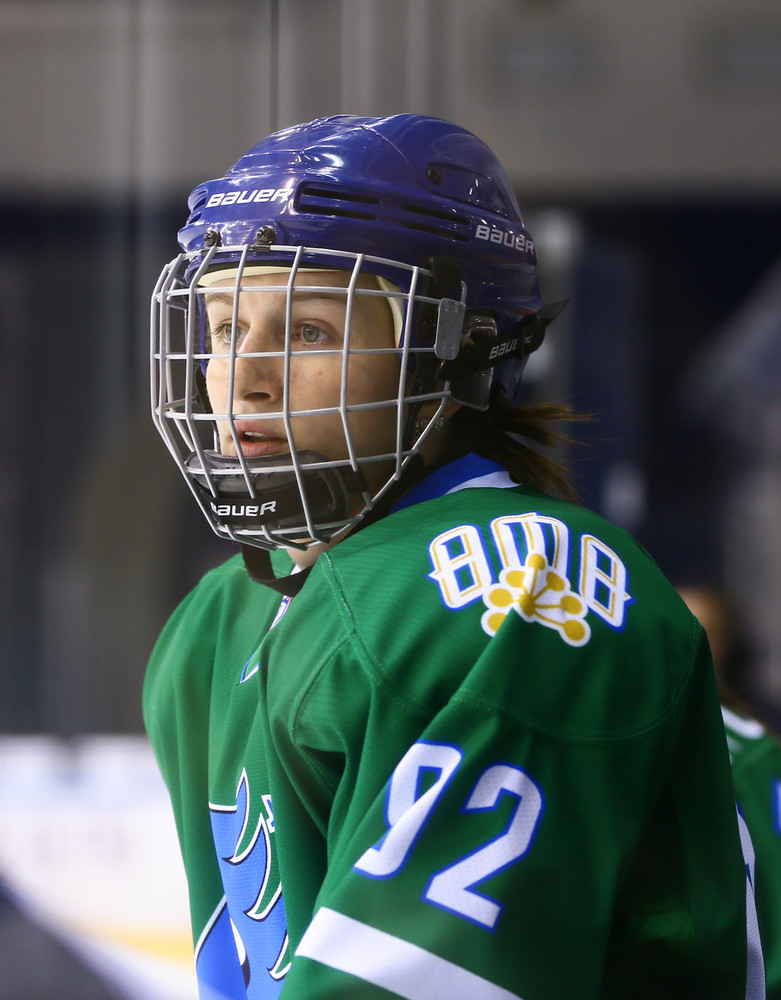 Memorial of the week – September 7

There was a somber moment amid all the excitement as the KHL scheduled games on September 7 for the first time since 2011. That day, of course, was the occasion of the tragic plane crash that wiped out Lokomotiv’s team on its way to a game in Minsk. The six clubs that hosted games on Friday took the opportunity to pay tribute to those who were killed both on and off the ice. Denis Parshin, a graduate of the renowned Yaroslavl hockey system now playing for Torpedo, warned that “there are no excuses for playing badly on a day like this” and he and his colleagues kept that promise in a day of absorbing action from the Black Sea to the Baltic.

A day of memories. September 7 round-up 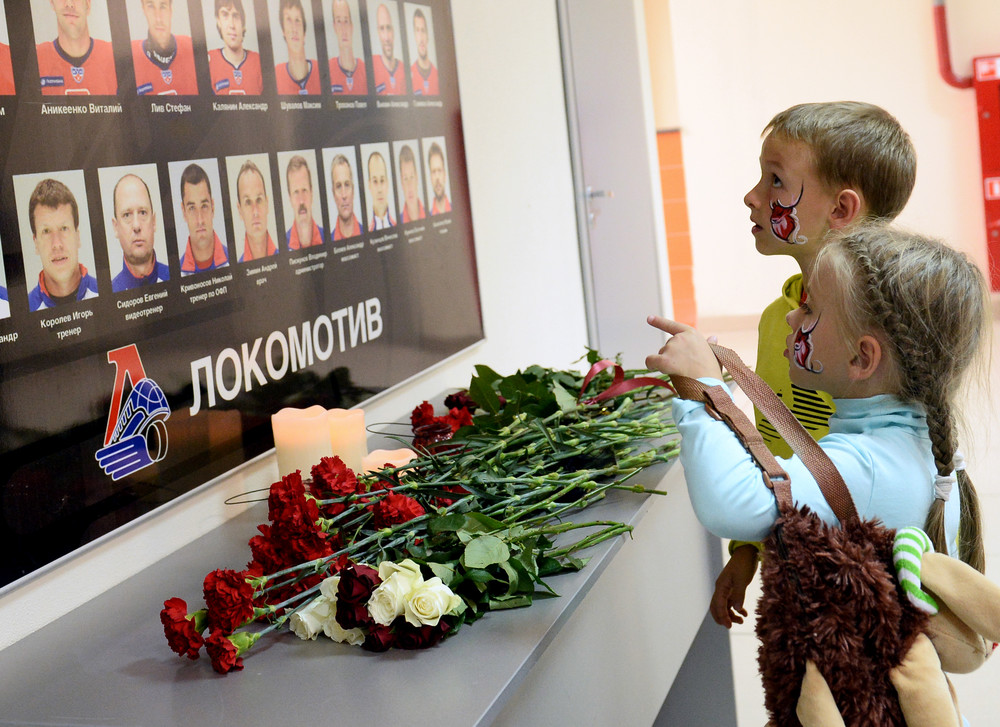