What’s the latest craze to grip Russian hockey, and who can do it blindfold? Read on ...

Russian hockey has been gripped by the #VedroChallenge. The idea is simple – shoot pucks into a bucket (vedro in Russian). Not as easy as it sounds. Then there’s the need to produce of bit of flair with the execution. Grigory Panin, a defenseman with Salavat Yulaev, started the trend. In Omsk, Valentin Pyanov attempted it blindfolded – the ultimate ‘no-look’ play. Alexander Burmistrov did it on the backhand, but the Ak Bars forward was upstaged in his own clip by Daniil Kurashov’s victory dance.

And the craze hasn’t stopped with the KHL. Yegor Yakovlev, a new recruit at the Devils, also chipped in with his contribution. Buckets, apparently, are hard to come by in New Jersey: Yakovlev used a crate instead. Canucks’ forward Nikolai Goldobin also got involved. And the story might soon be spreading beyond the hockey world – SKA forward Sergei Plotnikov challenged soccer star Artyom Dzyuba of Zenit St. Petersburg and the Russian national team to take a shot at it.

Who says hockey isn’t a summer game? The end of July saw the beginning of the pre-season warm-up games, with Kunlun Red Star, Salavat Yulaev and Traktor first into action. Red Star took to the ice in Pardubice and faced Czech opposition in the form of Khomutov Pirates. Incoming Kunlun head coach Jussi Tapola went with a short bench and included several Chinese prospects emerging through the club’s farm teams, but gave the locals a tough game before losing out to a late power play goal.

Traktor and Salavat Yulaev met in Finland, and the Ufa men cruised to a 4-0 victory in Vierumaki. That made a winning start for incoming head coach Nikolai Tsulygin in the opening skirmish of his tenure.

And that’s just the start. This week will bring the first pre-season tournament with the Sochi Hockey Open getting underway on August 3 – already less than a month before the grand opening of the 2018-19 season. 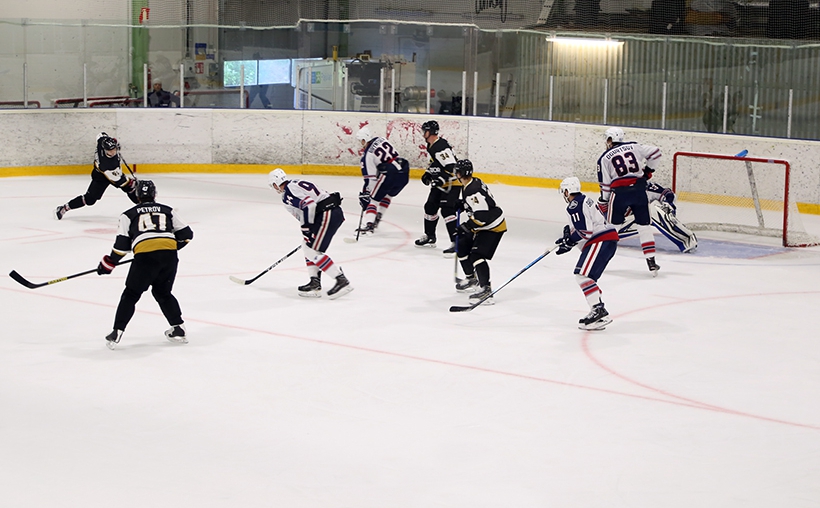 The market is slowing down as teams continue their pre-season camps, but there were still a few movers this week. Experienced forward Sergei Konkov, last seen at Sibir, signed a one-year deal with Admiral while American defenseman Nick Schaus – who made his KHL debut last season with spells at Metallurg and Kunlun – signed on at Slovan. Bratislava is also the destination for 22-year-old Finnish forward Patrik Virta, once drafted by the New York Rangers. He has played the bulk of his career at TPS in Finland, and posted 40 points in 50 games in last year’s regular season. The Slovak team also extended terms with defenseman Andrej Meszaros and goalie Jakub Stepanek among a clutch of confirmed returnees from last season.

Elsewhere, Cade Fairchild is back in the KHL at Dinamo Riga. The American defenseman had two seasons with Metallurg Novokuznetsk before going to play in Sweden. Former Lokomotiv blue liner Ivan Lekomtsev has joined Severstal on a one-year deal.