Look who’s back! The KHL week in review

A clutch of old favorites confirmed their return to the league this week, next season’s schedule was announced – and not everyone was impressed with Brazil at the World Cup.

The boys are back in town

The week’s trades were dominated by news of stars heading back to the KHL. From Astana to St. Petersburg, there was no shortage of big names making a welcome return.

Nail Yakupov, #1 pick in the 2012 NHL draft, could make the biggest splash. The former Neftekhimik prospect – now 24 – signed up for SKA following a stint in North America that took in Edmonton, St. Louis and Arizona. In recent years, SKA has helped the likes of Artemy Panarin and Nikita Gusev turn potential into brilliance, which could be just what Yakupov himself needs to reinvigorate his career.

Barys Astana announced the return of Brandon Bochenski after a year out of the game. One of the KHL’s all-time top-scoring imports, the American retired from hockey 12 months ago. But the call of Kazakhstan was too strong and he agreed to come back for one more year in his second home to help the club develop the next generation of Kazakh talent.

Bochenski is back in Astana

Meanwhile in Magnitogorsk, Viktor Antipin is returning to Metallurg after a season at Buffalo. He joins another returning star, Nikolai Kulemin, back at his hometown team after a long stint in the NHL. Kulemin last played in Russia during the 2012-13 lock-out, where he joined Evgeny Malkin in Magnitogorsk and had 38 points in 26 games.

Antipin back in Magnitogorsk, Desharnais moves to Lokomotiv

CSKA continues its policy of repatriating Russians from North America. This time it’s 24-year-old forward Anton Slepyshev who is coming back over the Atlantic after three years in Edmonton. And Vityaz got in on the act as well, moving quickly to re-sign Miro Aaltonen after the Finn left Toronto. Aaltonen helped Vityaz reach its first KHL playoff in 2016-17; last season he was part of the Marlies first ever Calder Cup-winning roster.

The old Soviet song is quite clear on this one: hockey is a game for real men. So it’s hardly surprising that some of the antics at the on-going soccer World Cup have raised skeptical eyebrows in the hockey world. Brazil’s famed forward Neymar earned notoriety for his repeated diving in games against Mexico and Belgium, prompting Barys to join in the popular meme of placing the prone Paris St. Germain player in unlikely locations. On the Astana ice, the Brazilian found himself monstered by goalie Henrik Karlsson.

Elsewhere, the tournament has inspired fans in Chelyabinsk to recreate the head-dresses of the Russian supporters snapped tucking into their snacks during the host nation’s win over Spain. CSKA’s Maxim Shalunov, meanwhile, was among the Luzhniki crowd that celebrated Russia’s nerve-jangling shoot-out success. In Cherepovets, Severstal joined in the ‘moustache of hope’ meme honoring Russian coach Stanislav Chercheshev’s ‘tache (Russian football might have learned something from Oleg Znarok in matters of facial hair on the sidelines). And in Yekaterinburg, another host city, Avtomobilist wasted no time in recruiting international support. After last week brought photos of Swedish fans posing with the club’s red jersey, it was Mexico’s turn. ¡Arriba Avto!

The schedule for the 2018-19 season is out – and among the highlights are trips to Vienna, Zurich and Tallinn. As part of the KHL’s effort to boost interest beyond the league’s current borders, a bunch of regular season games will be played elsewhere in Europe to give even more fans a taste of what the KHL can offer.

First up, Slovan Bratislava makes the short trip across the border to Vienna, the capital of Austria. On October 26 and 28 the Slovak team will take on CSKA and SKA in a 7,000-seater arena in Vienna. A month later, Dinamo Riga will take on the same two opponents in Zurich, where up to 11,000 fans can see the games in the Hallenstadion.

Jokerit will take a trip to Tallinn in October, bringing the KHL back to Estonia after Dinamo Riga staged a couple of games there. On Oct. 26 and 28, Spartak and Severstal will visit the other side of the Gulf of Finland for their games against the Helsinki team.

Also it can be possible that Dinamo Riga and Slovan will have another special match-up planned as the season comes to an end. When the teams meet on February 18 in Latvia, the game can be played in the open air. Last season, Dinamo staged a hugely successful ‘Winter Classic’ against Dinamo Minsk, attracting more than 10,000 fans. Now it’s set to become a permanent feature of the hockey calendar in Riga. 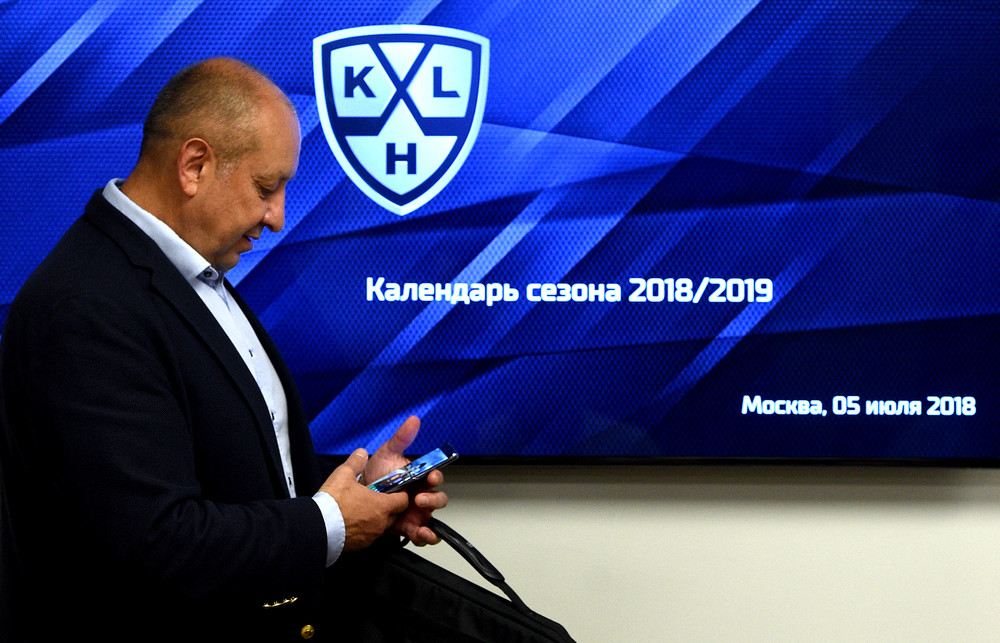