The Army Derby – SKA vs CSKA in the Western Final

Not many would have picked a different match-up for this year’s Western Conference final. The two Army clubs dominated the KHL throughout the regular season – no rival team, in either conference, lost fewer games than the two combined. And so it proved: both clubs progressed with little cause for alarm, although CSKA did endure a long, long night against Jokerit before losing out in the fifth period of overtime.

The teams have met at this stage twice before and both series were remarkable. In 2015, SKA became the first and – thus far – only team to recover a 0-3 deficit in a KHL playoff series, stunning the Muscovites on the way to a first Gagarin Cup triumph. Twelve months later, CSKA got revenge, sweeping SKA to reach its first Grand Final, only to lose out in seven games against Metallurg. With the action starting Thursday, here’s a look at how the teams are looking in 2018.

Goalies – top of the class

With all due respect to Emil Garipov and Pavel Francouz as they prepare to go head to head in the East, it’s hard to argue that Mikko Koskinen and Ilya Sorokin have been anything other than the top goalies in this year’s playoffs. Sorokin, in particular, has been in storming form: at one stage he had allowed just one goal in six games and had an SVG of more than 99%. That’s how to give your team a chance to win.

Koskinen, meanwhile, has cemented the #1 spot at SKA despite competition from Igor Shestyorkin, and the Finn is looking solid once again. This duel could all come down to experience. On the one hand, Koskinen has already won two Gagarin Cups, while Sorokin has one unsuccessful final so far. On the other, it’s barely a month since Sorokin won an Olympic final – this is no rookie, despite his young age. 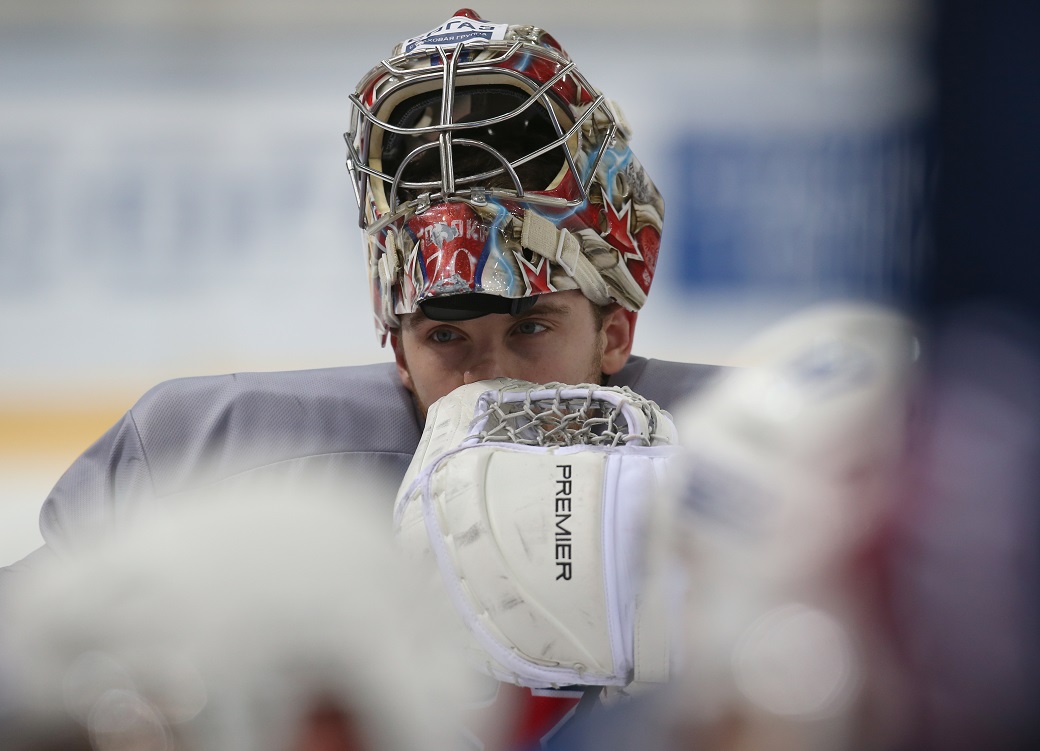 Defense – solid at the back, questions going forward

The striking thing about both defenses is that neither has contributed much scoring. It might sound like a strange criticism when neither SKA nor CSKA has allowed many goals, but it’s striking that the likes of Patrik Hersley have left little mark on the box scores so far in the 2018 playoffs. In a tight series, the team that can unearth vital goals from the blue line – be that from Hersley or CSKA’s Mat Robinson – could claim a vital edge.

However, when it comes to defending, both teams are strong. CSKA has been doing this all season: miserly throughout the regular season and positively Scrooge-like since, allowing just nine goals in 10 playoff games. Robinson and Nikita Nesterov have done the hard graft, averaging around 25 minutes of ice time per game, but the CSKA ‘D’ has been a real team effort, with the forecheck doing plenty to protect Sorokin’s net.

For SKA, Slava Voynov has not hit the scoring heights he is capable of, but he’s fulfilled his defensive duties admirably. The former LA Kings man brings a wealth of experience to the team and plays a key role on the special teams. He’s doing almost everything that SKA fans love to see from their hero – and is likely to be a key figure when it comes to the Army showdown. 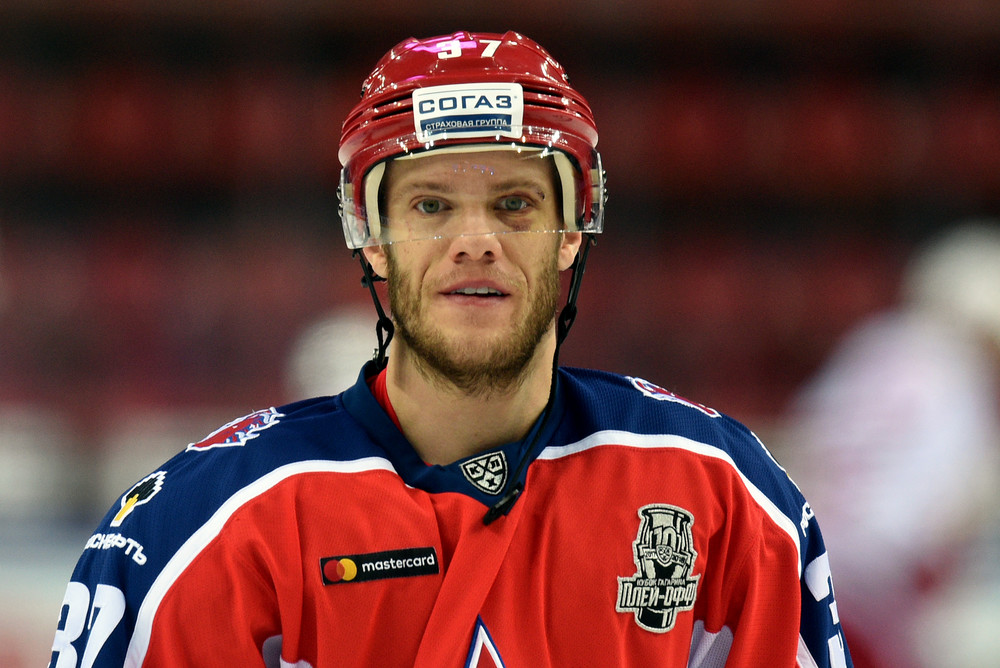 Remember PyeongChang? That gold medal game? Four points from Nikita Gusev and a game-winning, Olympic-winning goal from Kirill Kaprizov? Now those two are on opposite sides of the ice in the latest big showdown of their careers. Kaprizov, still only 20, has yet to really set these playoffs alight: his goal against Jokerit snapped an 18-game spell without finding the net. However, the sheer quality of that play, lifting a backhander over the goalie’s shoulder despite being knocked to his knees, highlights what a dangerous role he can play.

Gusev, meanwhile, has continued where he left off in Korea. On Russia’s Olympic team, he wasn’t the starriest name, but he quietly, diligently piled up the points – and many would argue he deserved the tournament MVP award ahead of his more flamboyant clubmate Ilya Kovalchuk. In these playoffs, he’s put up seven (3+4) points in nine games, third among the SKA scoring behind Kovi (nine) and Vadim Shipachyov (eight). It’s interesting to note that neither of these teams has a single player in the top 10 post-season point-scorers. At this stage, individual flash and dash often matters less than a team’s ability to deliver the goals it needs: five of that top 10 will not be adding to their tallies following the demise of Salavat Yulaev (Linus Omark and Teemu Hartikainen), Metallurg (Sergei Mozyakin and Wojtek Wolski), and Jokerit (Matt Gilroy).

That, plus the quality of Kaprizov, is why CSKA shouldn’t be unduly worried about the lack of a hot player in this post-season. No matter that its top scorers, Sergei Andronov and Mikhail Grigorenko, are on six points apiece – the opportunity to find a game-winner on any line is often more important in playoff hockey, rather than risking an over-reliance on a single star, who may be neutralized by an opponent who can plan for his strengths and weaknesses. 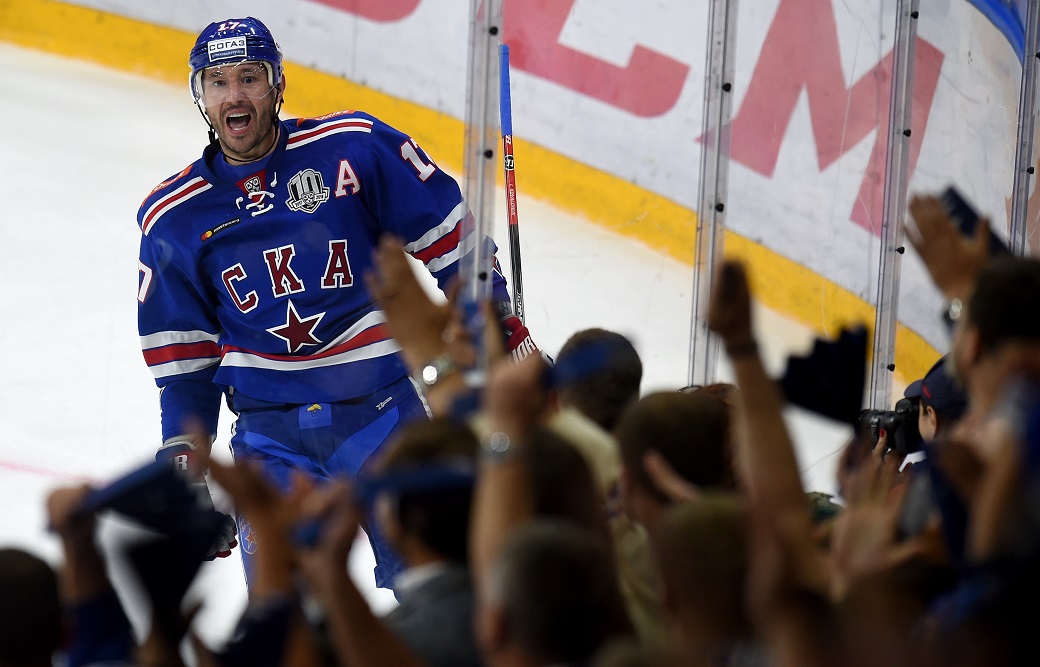