It would hardly be a KHL playoff without another record for Sergei Mozyakin, and Magnitka’s captain obliged in his team’s series against Avtomobilist, potting his 500th goal in top-level Russian hockey. He reached that milestone on March 7, becoming the first player in the history of Russian hockey to achieve the feat.

And it’s not the end of his goalscoring prowess. Including international hockey, and games in Russia’s lower divisions – plus his recent goal at the Olympics – Mozyakin’s career tally is up over 700 goals in pro hockey.

On the same day that Mozyakin was setting his record, Neftekhimik and Traktor battled their way into the history books as well. The teams played out a stormy game in Nizhnekamsk, with Traktor’s 3-2 victory overshadowed by a KHL playoff record of 249 PIMs. The home team was the more aggressive on the night, and saw four players suspended after they received game penalties during the showdown. Ildar Shiksatdarov, Kamil Fazylzyanov, Bulat Shafigullin and Alexander Bryntsev all faced additional sanctions; the last three were involved in fights the broke out in the final seconds of the game. However, Neftekhimik recovered to win the next game in the series, before falling to a 1-4 loss.

One of the highlights of the opening round of KHL playoff action has been the success of the league’s junior players. Eeli Tolvanen at Jokerit needs no introduction, and his first taste of post season has been compelling: five goals in five games, plus a brilliant two-goal salvo to clinch victory in his team’s series against HC Sochi.

But Tolvanen is not alone. In Chelyabinsk, Vitaly Kravtsov, also 18, has also made a compelling contribution. He has 5 (4+1) points from the first round series against Neftekhimik, and has been a big component in the Traktor power play, scoring three of his goals when his team had a man advantage. He’s produced in the big moments as well, with an overtime winner in game one and a vital double strike amid all the mayhem in game three helping Traktor to progress to the Conference Semi-final for the first time since 2013. That year, the Chelyabinsk team reached the Gagarin Cup Final, with Evgeny Kuznetsov and Valery Nichushkin providing the youthful dash – could Kravtsov emulate their achievements?

Power in the west, battles in the east

Round one of the Western Conference playoffs was completed in double quick time. Three of the four series ended in sweeps, with only HC Sochi managing to take a game off Jokerit in a losing cause. For SKA, in particular, it’s an encouraging memory of last season: a 4-0 success over Severstal, in a series that was tighter on the ice than the overall outcome suggests, brings back memories of a quartet of narrow victories against Jokerit at this stage last year. CSKA demolished Spartak, allowing just one goal in four games, while Lokomotiv did not allow Torpedo to sink its hopes of smooth progress.

In the East, though, things are a bit different. Not surprisingly, considering just 12 points separated first and eighth in the regular season, nobody managed a sweep. Ak Bars and Traktor got through in five games against Amur and Neftekhimik respectively, but the Avtomobilist – Metallurg and Salavat Yulaev – Avangard series are turning into epic clashes. For Metallurg, as for SKA, there are encouraging omens here: in 2016, when Magnitka last won the cup, it began with a 4-2 series win over Avto; victory at home on Monday would complete a 4-2 series success. Meanwhile, the battle of the Chernyshev Division’s big hitters is one to watch. The teams have traded goals throughout – 36 goals in five games so far, including a 10-goal thriller to start us off – in a compelling clash. The next instalment comes in Omsk on Monday, and promises more fireworks.

Playoff is on the way. JHL week in review

In the Round of 16 and quarterfinals the teams will play within their respective conferences. The team with the highest playoff berth begins the series on home ice.

Round of 16, quarterfinals and semifinals will be best-of-five series. Five being the maximum amount of games. The first two games and if needed the fifth game will be held on home ice of the team with the highest playoff berth. 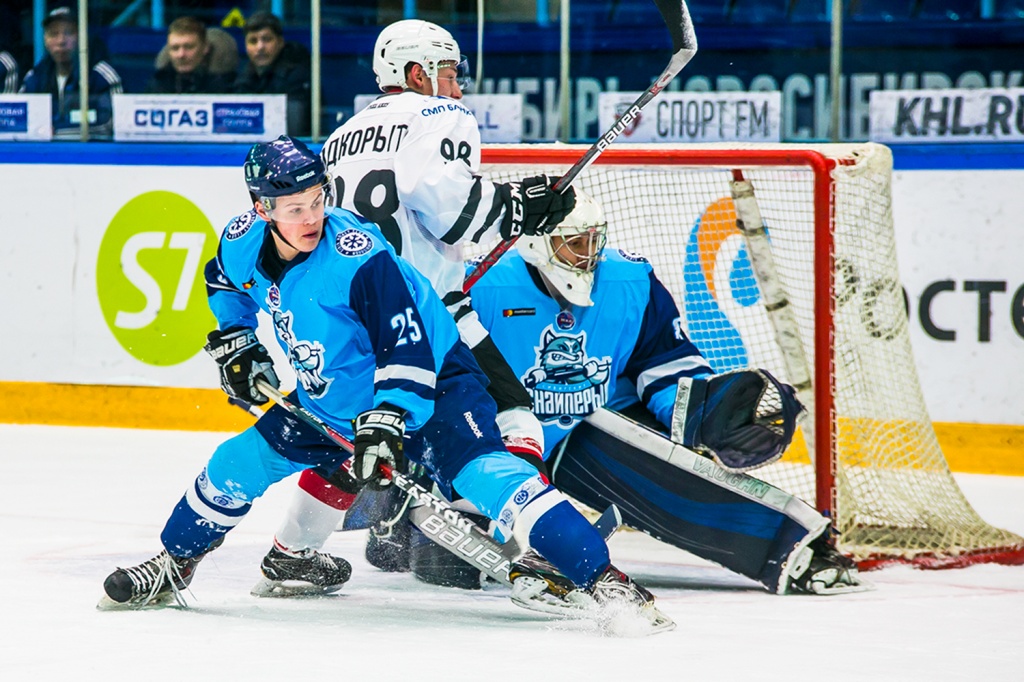