Hockey at the Olympics, hockey in the streets. KHL week in review

While most people’s thoughts turn to Olympic preparation, Salavat Yulaev went back to school and Sergei Mozyakin extended his stay at Magnitka.

Russia’s progress towards the Olympics continued with two warm-up games. On Tuesday, two goals from Kirill Kaprizov helped Oleg Znarok’s team to a comfortable 3-0 victory over Belarus. Then, on Sunday, Andrei Marchenko’s overtime effort secured a 2-1 win over Spartak.

If that sounds like a tight squeak for a team expected to push for Olympic medals, rest assured that it was no ordinary Spartak roster. The Red-and-Whites were bolstered by a clutch of players from the national team – including goalscorer Ilya Kablukov – ensuring everyone got valuable game time in the final warm-up game to be played in Russia. Znarok & Co have one more exhibition game before the action gets underway in earnest and will face Korea before the Olympic flame is lit in PyeongChang. That game could be to be Dinar Khafizullin’s last chance to prove his fitness before the games: Avtomobilist’s Nikita Tryamkin deputized for the injured D-man against Spartak.

In between those games, a behind-closed-doors practice game against Belarus gave the chance to run the rule over some of Russia’s reserve players. Another 3-0 victory, and a good performance from CSKA’s Maxim Shalunov, prompted a change in the Olympic reserve list. Shalunov replaces Ak Bars forward Vladimir Tkachyov and will go to Korea as a potential replacement in the event of injury. 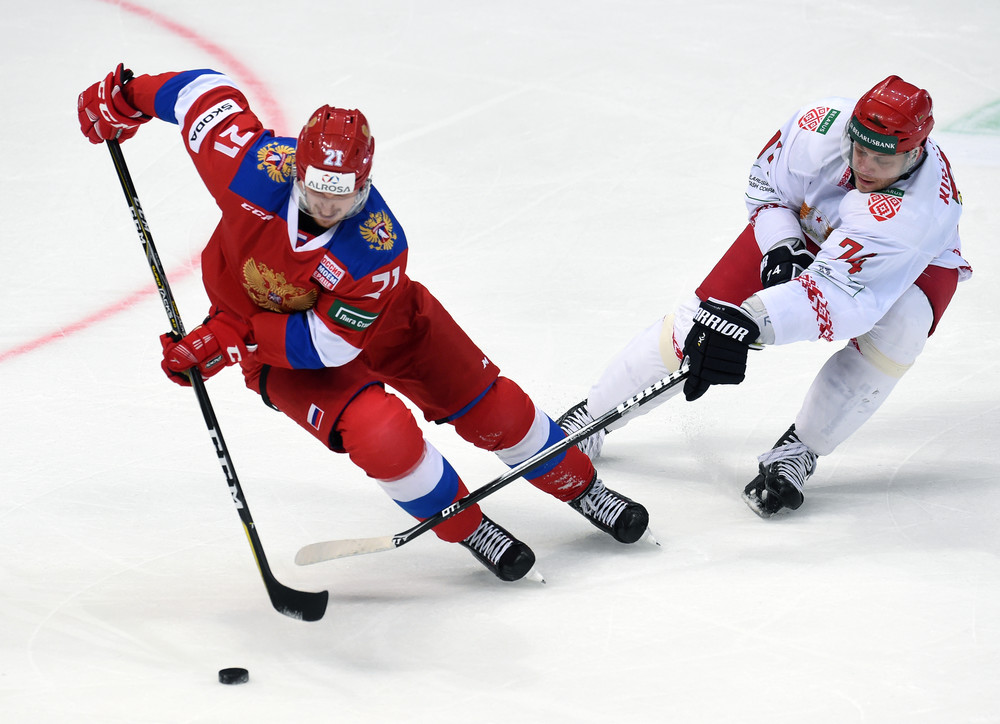 Scrivens gets a shut-out, D-men hit the net

Canada began its Olympic warm-up with a 2-0 victory over Latvia, and there was a strong KHL accent to the team. Goalie Ben Scrivens (Salavat Yulaev) made 27 saves for his shut-out; the goals came from familiar D-men Mat Robinson (CSKA) and Marc-Andre Gragnani (Dinamo Minsk).  There are more preparation games scheduled for the coming week as the Olympic contenders put the finishing touches to their plans for PyeongChang. 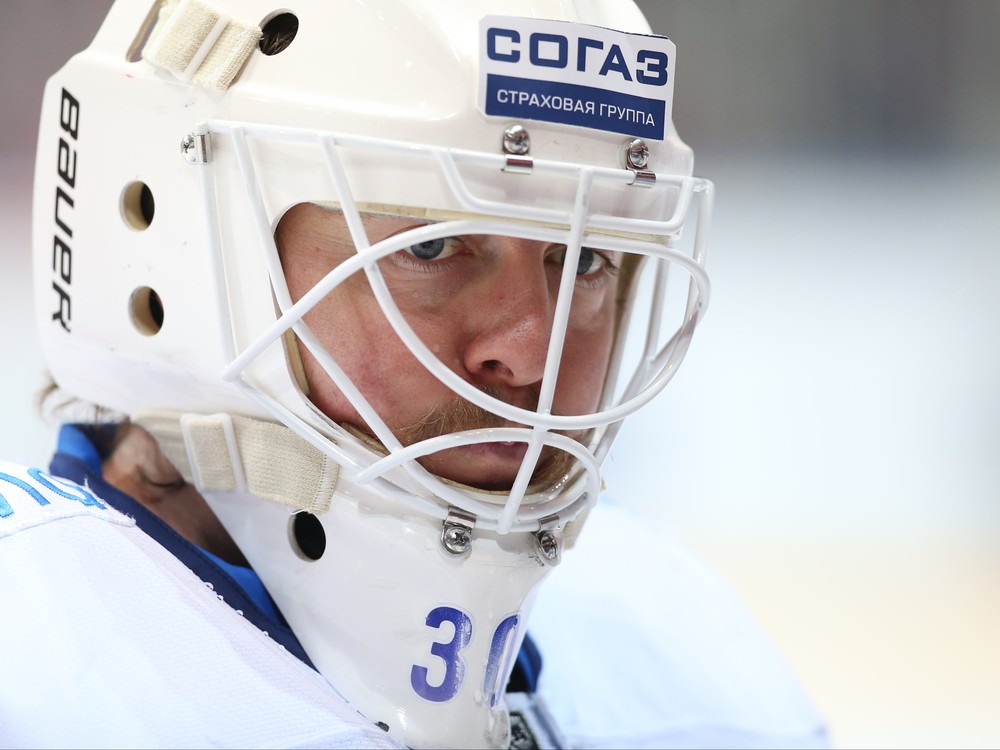 Hockey in the streets

The trend for open-air hockey in the KHL this season continues – in unlikely circumstances in Ufa. A handful of players from Salavat Yulaev took up an invitation for a scrimmage against kids from the city’s School #96 on the outdoor ice in the yard. A 75-minute session of playing, coaching and, of course, signing autographs, left the youngsters with an unforgettable experience. And the players themselves – Andrei Kareyev, Maxim Goncharov, Dmitry Sayustov, Vladimir Tkachyov, Grigory Panin and Anton Burdasov – got into the spirit of a pick-up game: goalie Kareyev opted to play up front, leaving D-man Goncharov between the piping!

Salavat Yulaev wasn’t the only team to indulge in a bit of open-air action. CSKA went to nearby Krasnogorsk for a game of bandy – a stick-and-ball game known to devotees as ‘Russian hockey’ – against the local Zorki team. Swedish goalie Lars Johansson took one look at the soccer-sized goal and opted to play as a skater instead. 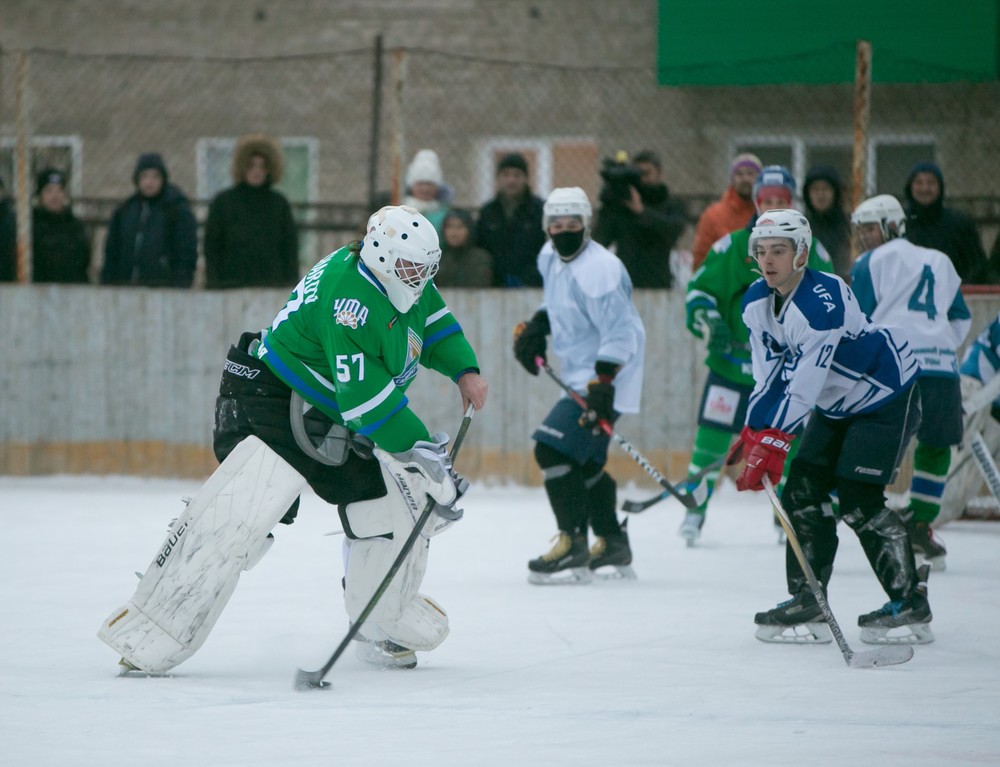 Sergei Mozyakin, Metallurg Magnitogorsk’s record-breaking forward, looks set to end his career in the Urals. The 36-year-old, currently preparing to go to Korea for his first ever Olympics, signed a two-year extension to his contract with Magnitka. Sergei’s son, Andrei, is currently playing for Metallurg’s u17s – and within the next couple of years it’s possible that father and son could find themselves playing together in the KHL for Magnitka. 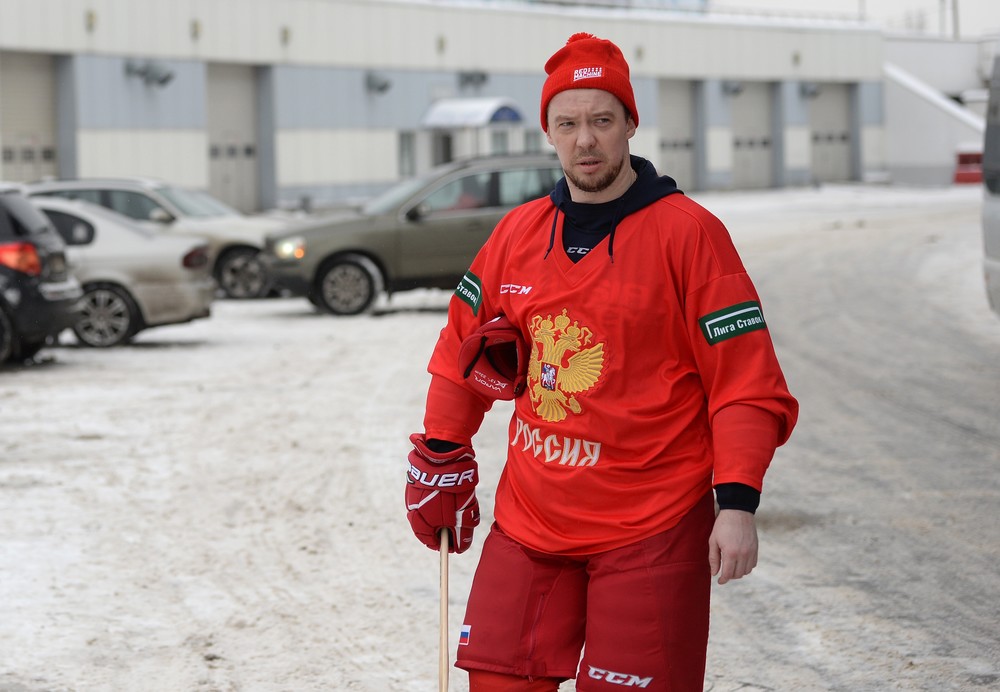 Mamonty Yugry from Khanty-Mansiysk became the first team from Eastern Conference to guarantee themselves a place in Kharlamov Cup Playoffs. Leader of the conference will participate in the second part of the season for the first time in three years.

Kapitan (Stupino), Tyumenskiy Legion (Tyumen) and Sputnik (Almetievsk) will not participate in the playoffs this year.