SKA’s Great Eight and Dawes dozen – the week in review

Who has managed to break Sergei Mozyakin’s stranglehold on the KHL’s goalscoring records? Who remains invincibly dominant in the current season? And why are Vladivostok’s sailors feeling a little seasick after their latest long voyage? Read on …

Who can stop SKA?

Three weeks into the season, and SKA St. Petersburg stands proud on top of the table. Oleg Znarok’s team extended its winning run to eight games and is the only undefeated outfit at this stage of the campaign.

For the rest of the league, it’s hard to compete. After a couple of shoot-out victories (at home to Vityaz and on the road at Torpedo) hinted that SKA may be mortal after all, the defending champion responded with three convincing road wins at Spartak, Dinamo Riga and Severstal. The week brought 15 goals, and the team’s depth of offense makes it difficult for opponents to relax against any line. Sergei Shirokov leads the scoring with 11 (8+3) points after his hat-trick at Severtal. That’s one up on Pavel Datsyuk (2+8). Ilya Kovalchuk and Nikita Gusev are a further point behind and in total, 12 forwards have tallied at least one point this season. 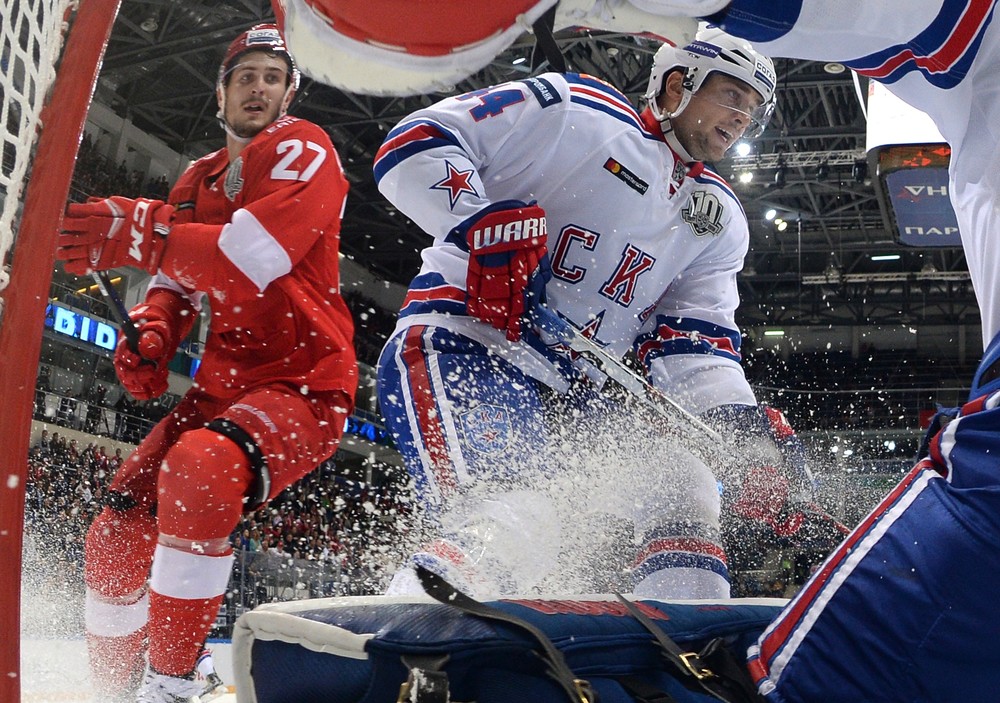 A scoring record … and not for Mozyakin!

Nigel Dawes is romping away at the top of the scoring charts after a blistering run of form. The Canadian-born, naturalized Kazakh forward has fired home 12 goals in his last six games for Barys Astana.

The experienced goal-getter also claimed his ninth KHL treble, making him the league’s treble king and depriving Sergei Mozyakin of at least one current distinction. After several seasons on a line with Brandon Bochenski and Dustin Boyd, Dawes, 32, is now forming a dangerous new partnership with Linden Vey and Matthew Frattin – summer arrival Vey’s 11 assists helped him to second in the scoring race – and giving Kazakh fans something new to cheer. 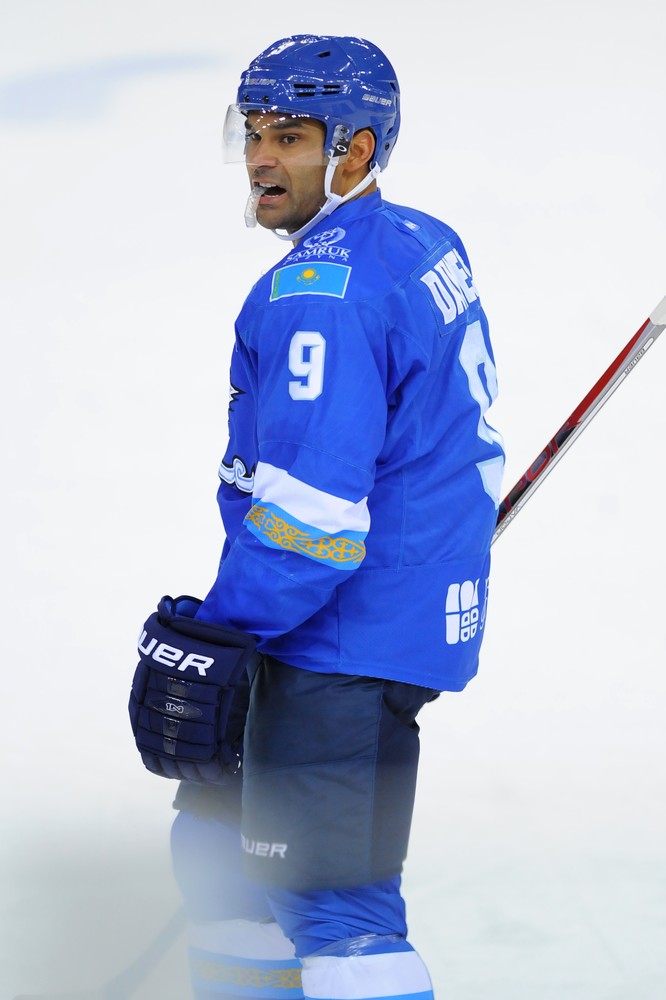 Tuesday’s match-up in Ufa, when Salavat Yulaev overturned a 0-2 deficit to lead Barys 3-2 going into the final seconds. But that wasn’t the fightback that we’re talking about. Instead, we’re looking at a 46-second span from 59:06 to 59:52 In that short time, Barys fired in three goals to stun the home crowd and turn defeat into a memorable victory.

Dawes, the man of the moment, takes up the tale: “It was definitely an exciting game; there was a lot of back and forth and there were a lot of things happening really quickly. We scored two quick goals, so did they, so we scored three quick goals. In the game of hockey anything can happen.

“We had our backs against the wall and we were trying to tie the game. We got a good bounce on the power play, and Pushy (Pushkaryov) and Marty (Martin St Pierre) made a great play to score the game-winning goal. We didn't sit back after tying up the game; we went out to win it, so it was a great comeback victory for our team.” 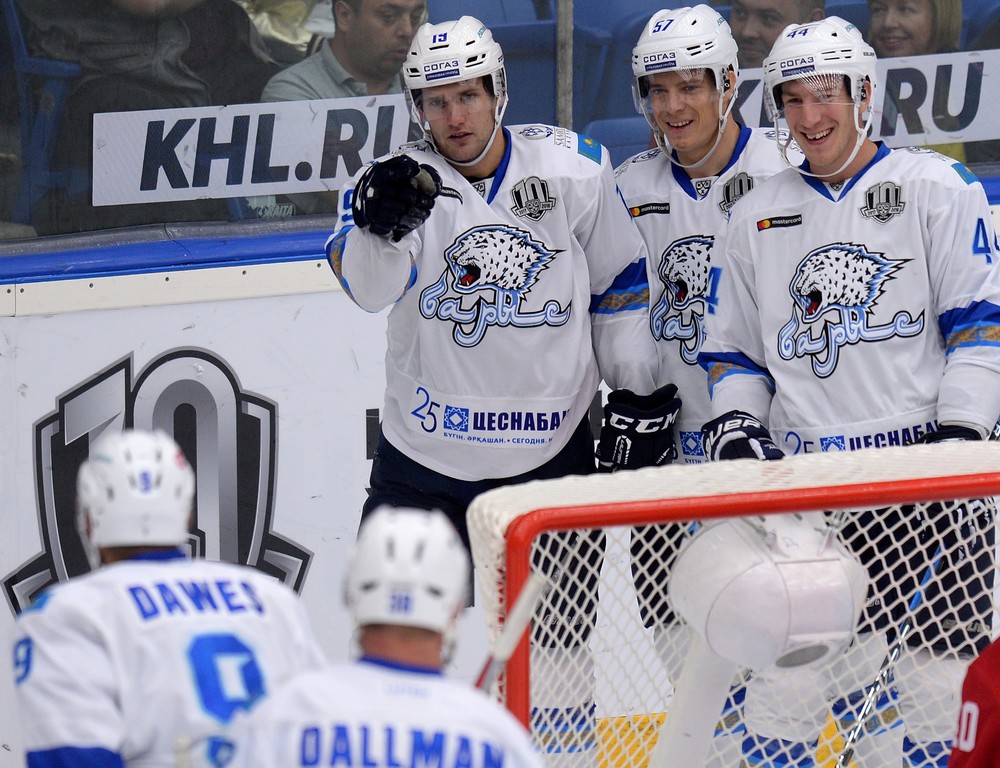 The first week in September can never pass without a pause to reflect on the darkest day in the history of our sport. September 7, as always, was a rest day throughout the KHL as thoughts turned to Yaroslavl and the tragic plane crash of 2011 the wiped out the entire team on its way to the opening game of its season in Minsk. That disaster did not just rob the game of so many talented individuals, from decorated veterans to promising youngsters. It robbed parents of their sons, wives of their husbands, children of their fathers. For sports commentators, it’s tempting to glibly apply the language of catastrophe to losing streaks, heavy defeats and costly errors on the ice; the solemn commemoration each year in Yaroslavl and beyond reminds us that the hockey community is a family united by solidarity and mutual respect that runs far deeper than the noise and excitement of game day. 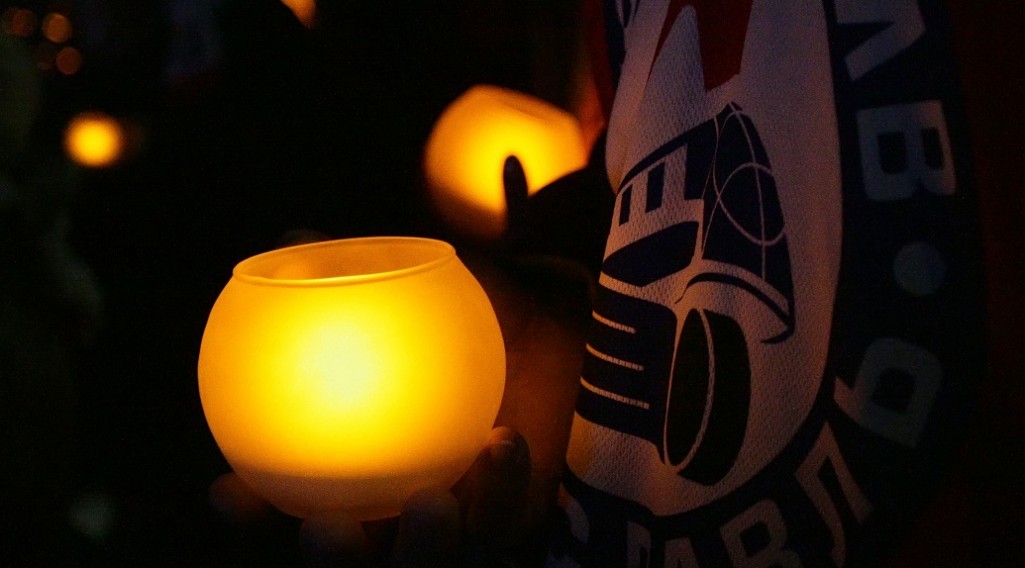 This week sees the end of the longest voyages of the early season. Amur and Admiral host Slovan and Jokerit on Monday to finally play their first home games of the campaign. Admiral, in particular, will be hoping for some home comforts as well: with just one victory in seven road games, the sailors arrive in Vladivostok with the worst points return in the league thus far and the least potent offense in the East.

Metallurg Magnitogorsk faces a week of big road games. On Monday, it’s at to Dynamo Moscow before traveling to Lokomotiv on Wednesday. But the biggest clash of all is set for Friday, when Mozyakin & Co. head to SKA for a repeat of last season’s Gagarin Cup final. After three losses in its first eight games, Ilya Vorobyov’s team has yet to find the ominous consistency of recent seasons; these upcoming games could be the first clear hint about Magnitka’s likely status in the Eastern Conference this time around. 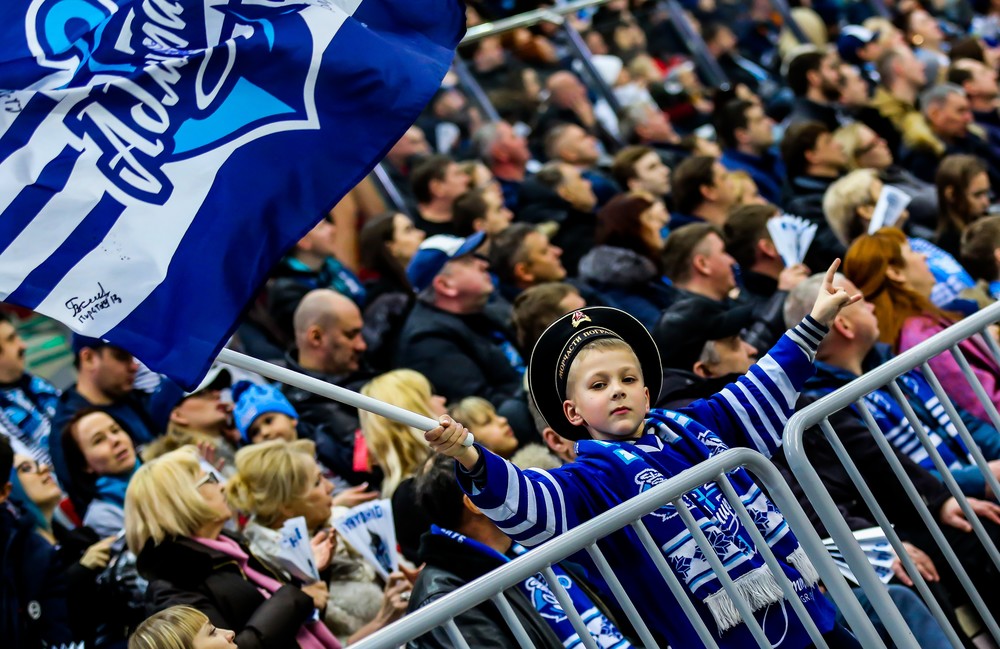