Goals in Ufa, Kunlun on form, SKA stands alone. The week in review

Salavat Yulaev has been shattering stereotypes about Finnish coaches with a rush of scoring, Kunlun’s team spirit is taking it to the top via a long road trip, Miks Indrasis is reaping the rewards of a thoughtful summer and SKA is the ‘last man standing’ without a defeat this season.

Salavat Yulaev expected a Finnish accent in its play this season after appointing Erkka Westerlund as head coach. So far, though, the famed discipline of Suomi hasn’t always been in evidence in Ufa. Thursday’s astonishing 11-3 win over HC Sochi was a case in point.

The game set records for speedy scoring: Salavat Yulaev was the first team to score 10 in two periods in the KHL; the 10-3 scoreline at the second intermission was also the highest goal aggregate after 40 minutes’ play. The home team also had 10 different goalscorers on the night, another KHL record.

Goals continued to flow in the teams’ subsequent games. Salavat Yulaev smashed six without reply past Neftekhimik, while Sochi recovered in fine style to blank Ak Bars 5-0 in Kazan. 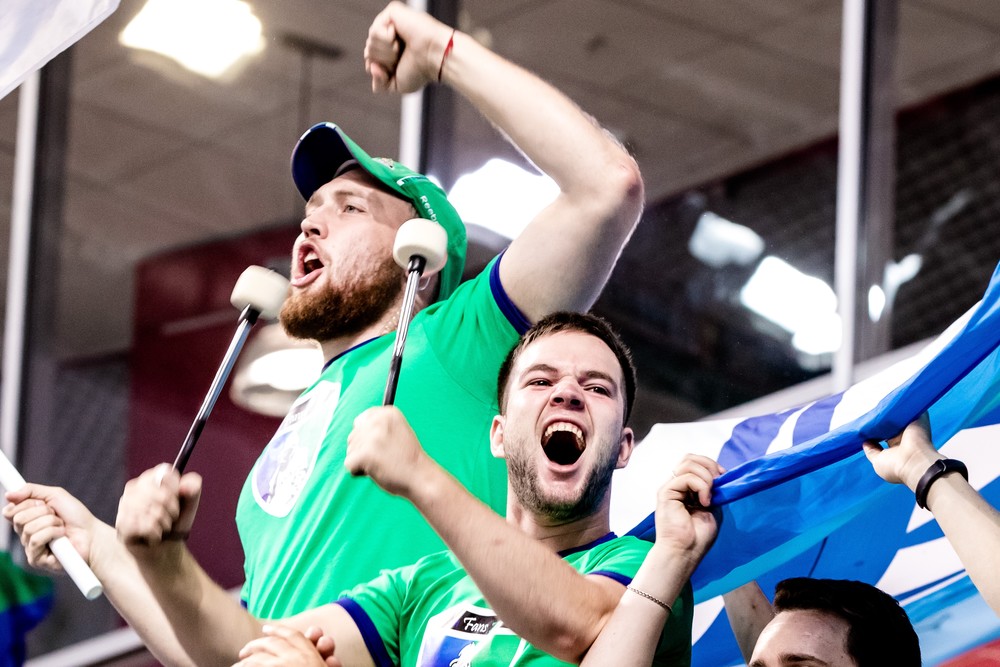 Keenan takes Kunlun to the top

Mike Keenan hasn’t been working with Kunlun Red Star for long, but he’s already breaking new ground with the Chinese team. Sunday’s thrilling comeback win at Traktor – from 0-3 at the first intermission to 3-3 in the 27th minute and eventually a 5-4 shoot-out verdict – was a great game in itself. But it also lifted the team to top spot in the Chernyshev Division for the first time in its short history.

It’s been a story of never-say-die determination: Brandon DeFazio snatching a game-winning goal in Ufa with two seconds left; Wojtek Wolski returning to the ice for the first time in almost a year to produce four points in two winning games at Avtomobilist and Traktor. And it suggests that Keenan’s newly-formed roster is capable of aiming higher than last season’s battle to sneak into the playoffs.

The man himself, meanwhile, puts it down to good old-fashioned team spirit. “I think back in pre-season we came together as a unified team, a team with a certain pride in itself. That helped the players find motivation within themselves to go out and save the game,” he said after the game in Chelyabinsk. 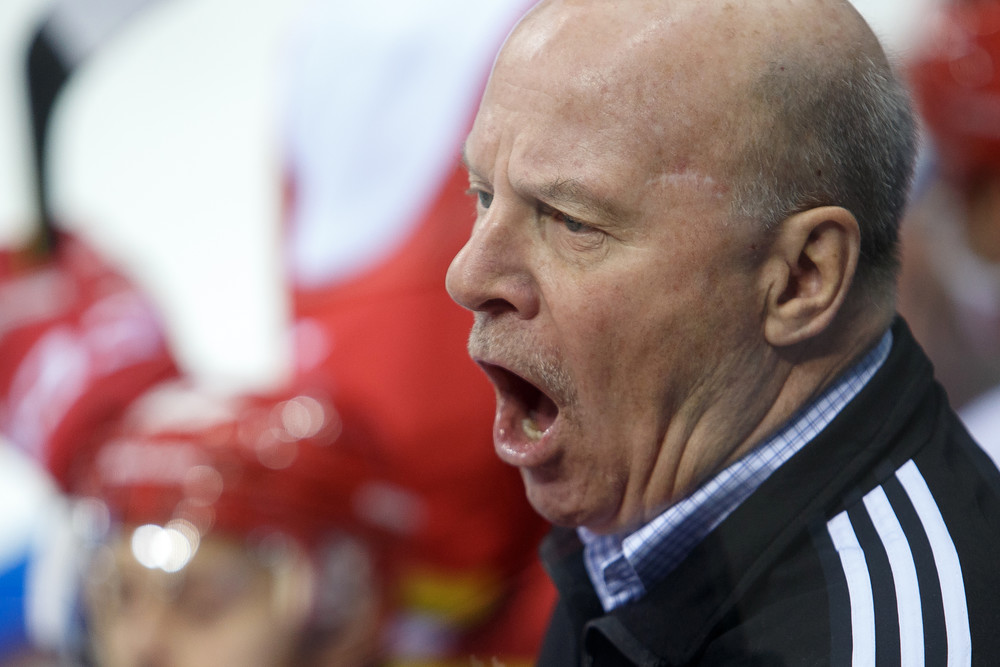 And then there was one …

Two weeks into the season, and SKA St. Petersburg stands alone. Not on top of the KHL standings – it is level on points with CSKA – but as the last remaining undefeated team. Oleg Znarok’s team has won six from six, four in regulation and two in shoot-outs.

Ak Bars, the other team to remain unbeaten, lost its 100% record at home to HC Sochi when it slumped to a 0-5 loss. The other strong starters, Avangard and Neftekhimik, also lost for the first time last week. The Omsk team went down at CSKA on its first road trip, while Neftekhimik stumbled at home to Lada.

At the other end of the table, only one team is still waiting to taste victory. Dinamo Minsk has suffered five defeats, garnering just two points thus far as Gordie Dwyer suffers a tough start to life in Belarus. 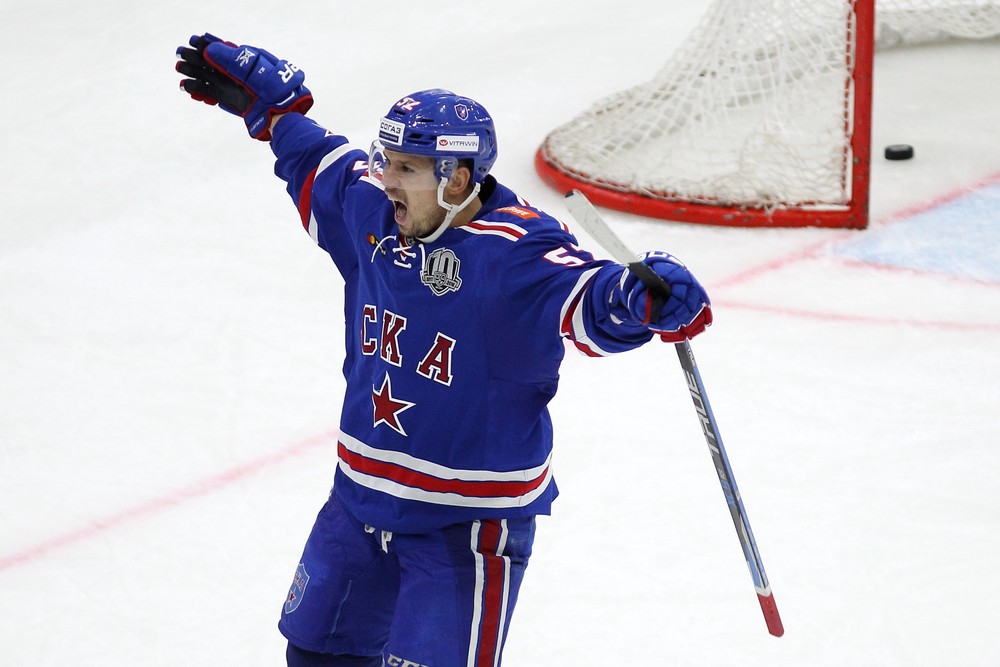 Dinamo Riga’s start to the season has not won too many headlines – progress under Sandis Ozolins has been steady, rather than spectacular. But forward Miks Indrasis is enjoying an upturn in form.

This time last year, Indrasis was, by his own admission, struggling. The goals weren’t coming, the team was losing, and things looked bleak. Today, he’s revelling in a return of eight points (5+3) from six games, tied Nigel Dawes (Barys) and Ilya Zubov (Salavat Yulaev) on top of the scoring charts.

The return to form came in May, when he joined team Latvia at the World Championship. Back then, Indrasis told reporters: “I spent a lot of time trying to figure out what was going wrong. I need to do something about all the bits and pieces that didn’t work out playing for Dinamo.” The evidence so far this season suggests that the 26-year-old has found some answers. 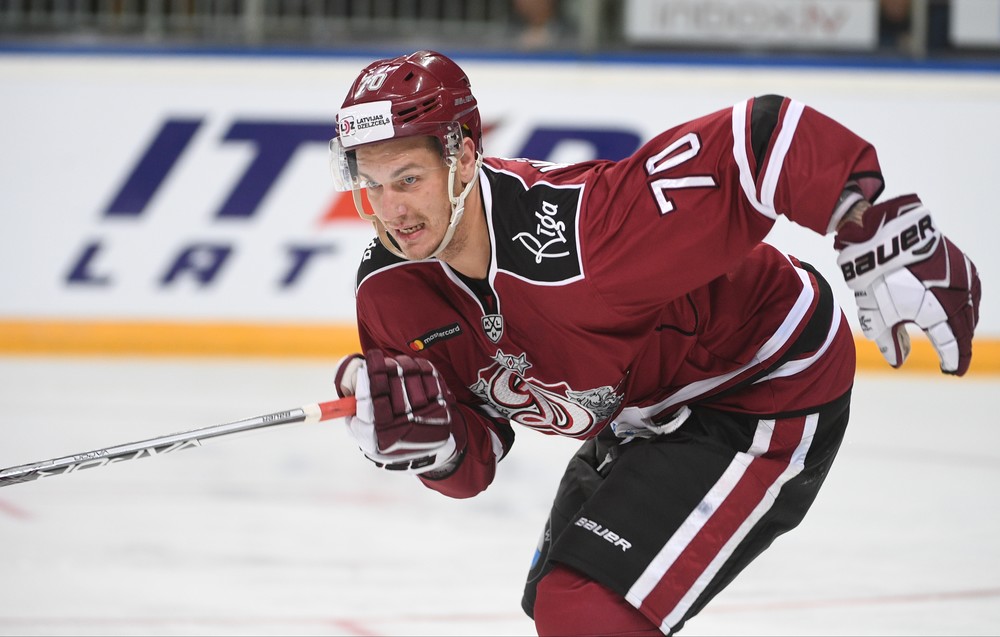 The week’s big game is on Friday when the second instalment of the Moscow rivalry between CSKA and Dynamo plays out. CSKA enjoyed a crushing victory in the first Moscow derby, Dynamo will be eager for revenge.

This week also sees the end of three long, long road trips. Kunlun Red Star, Admiral and Amur finally head back to the Far East after seven games away from home. Kunlun plays its first game in Beijing on Saturday against Jokerit, a club with which it reached a deal over the summer to help develop Chinese hockey. Amur and Admiral take their home bows next Monday. 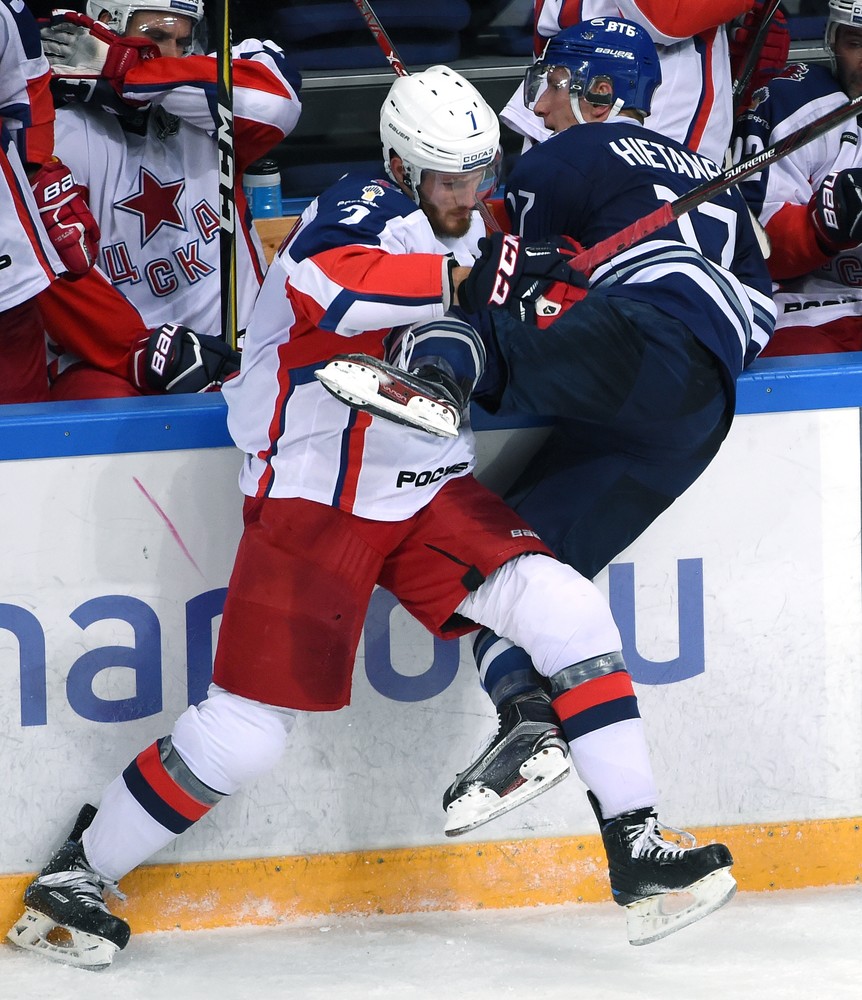