Ready for action – the week in review

Today is when it all starts – the 10th KHL season gets underway in just a few hours in St. Petersburg. So it’s been a week of fine-tuning, last-gasp signings and assessing the progress made over the summer. Hockey’s back … at last!

The wait is over

Monday brings the start of the KHL season, and the Opening Cup promises to be a cracker. Gagarin Cup winner SKA takes on regular season champion CSKA in a juddering collision of two of the Western Conference’s strongest teams of recent seasons. Both clubs will be adjusting to new rosters – CSKA has new head coach Igor Nikitin at the helm, and boasts a deep playing staff of 40; SKA is more recognizable but must find a way of replacing the scoring power of Vadim Shipachyov and Evgeny Dadonov. Oleg Znarok, head coach of the defending champ, was encouraged by his team’s preparations, saying SKA’s readiness for action was ‘frightening’.

The action starts in St. Petersburg at 5:30 pm Moscow time. 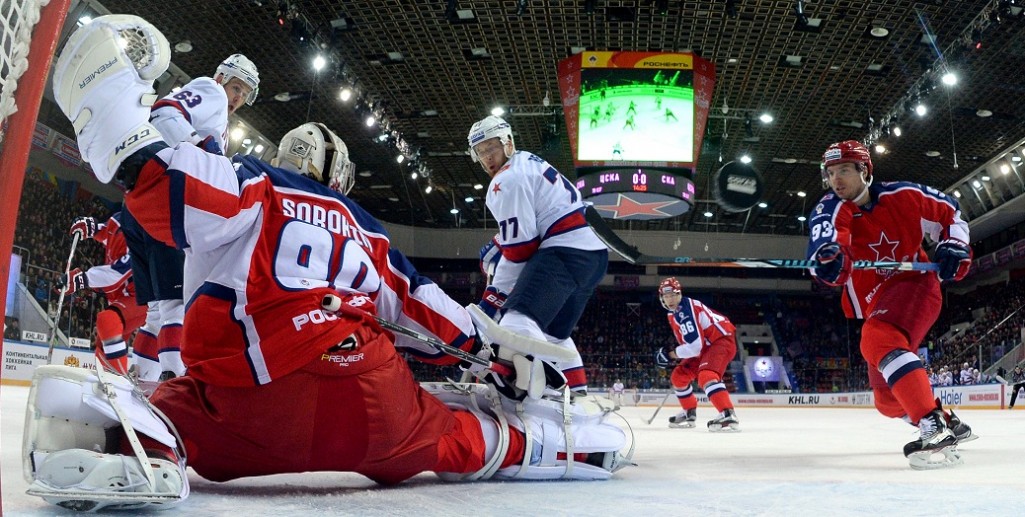 Defenseman Alexei Marchenko returned to CSKA Moscow during the week, continuing the club’s policy of encouraging Russian stars to return from North America and fight for a place on the Olympic roster. Marchenko follows Mikhail Grigorenko and Roman Lyubimov back across the Atlantic to play for their former club once again.

CSKA President Yesmantovich welcomed the move, telling championat.com: “We’ve said more than once that one of our strategic directions is to bring Russian players back from the NHL to play for CSKA and within the Olympic team. Players like Marchenko, who have decent experience at the highest level but are still in the early years of their careers, will continue our victorious traditions.”

The other big trade of the week saw Avtomobilist sign two-time Stanley Cup winner Dwight King. The Yekaterinburg club will hope that the forward’s physical presence can play the same disruptive role it offered to LA Kings in their runs to the big prize. 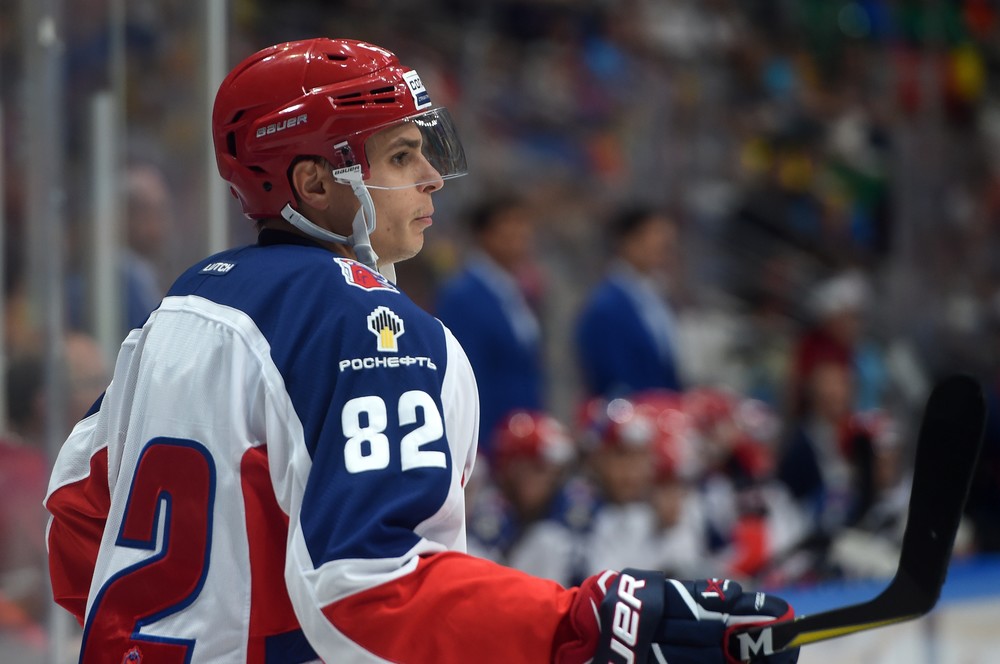 Russia’s World Championship semi-final loss against Canada was the third time head coach Oleg Znarok had lost out against his country’s biggest rival in international hockey. But last week, in the Puchkov Memorial Trophy, he claimed victory over the Canadians with a 3-0 scoreline. It wasn’t a full international – Znarok was in charge of his SKA team, Canada was using the tournament as a chance to experiment with its Euro-based players ahead of the Olympics, but it wasn’t exactly a routine pre-season game either.

Znarok himself was keen to play down the result – “I’ve beaten Canada many times before, so it doesn’t have any special significance for me,” he said after the game. SKA went on to win the Puchkov trophy on home ice to finish its pre-season campaign on a high note.

There are already signs that Nikitin’s new-look CSKA might be on track for success. The team picked up its first trophy last week, winning the Mayor of Moscow Cup to complete a pre-season campaign that was almost flawless. The Army Men played eight games, and won all of them – seven in regulation. That was the best return of any KHL team; SKA (six wins from seven, one shoot-out loss) and Lokomotiv (seven wins from 11) rounded out the top three.

Neftekhimik’s long-serving American forward Dan Sexton was the top scorer of the summer with 15 points as he forged an effective partnership with new colleagues Chad Rau and Robin Hanzl.

Not everyone had a great summer, though. Slovan failed to win a single game in regulation, collecting two shoot-out wins in 10 attempts and – surprisingly – Metallurg Magnitogorsk was among the weakest teams in the warm-up games, lying 21st in the notional KHL ‘summer’ championship. 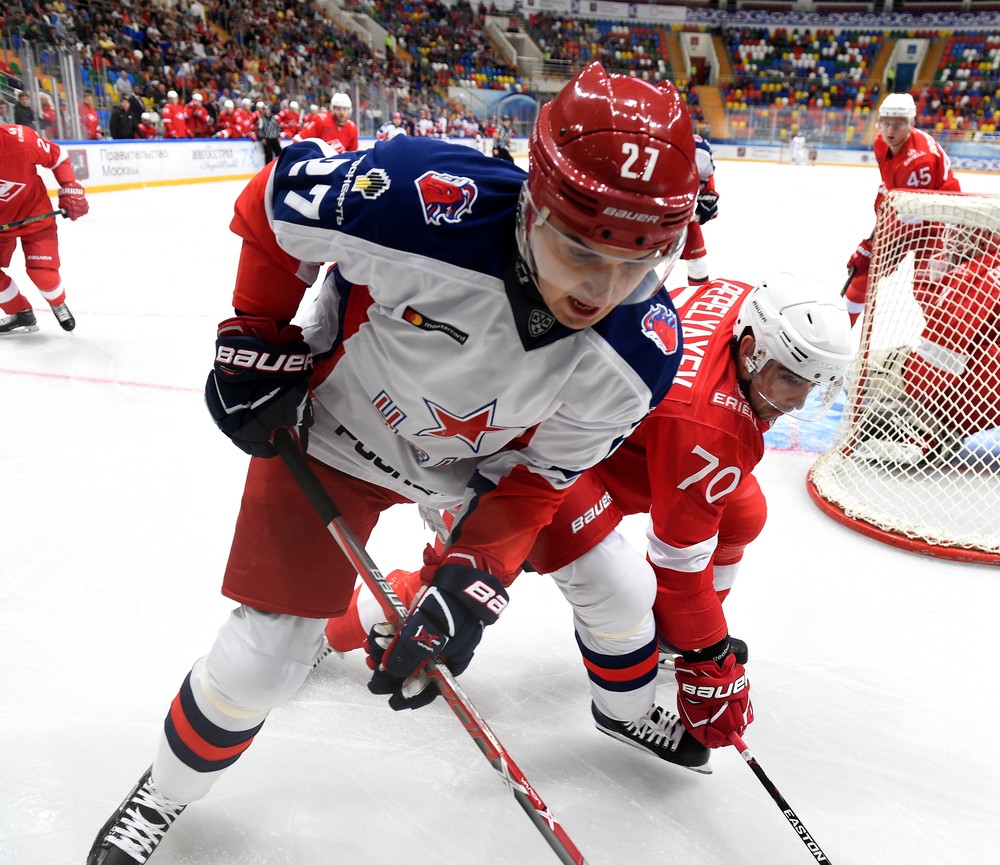 The serious action is underway at last – and there are plenty of games worthy of attention in week one of the season. Apart from the Opening Cup, CSKA has another grudge match to look forward to on Friday, when it travels to Moscow rival Dynamo for the first big-city derby of the season.

Before that, Tuesday sees Mike Keenan take charge of Kunlun Red Star for the first time in a competitive game away to HC Sochi. On Thursday, he joins a clash of the veteran coaches when he pits his wits against Zinetula Bilaletdinov’s Ak Bars in Kazan. In between those encounters, Metallurg Magnitogorsk unveils its new-look front line on Wednesday, at home to an Avtomobilist team that features double Stanley Cup winner Dwight King.