Looking forward with Hudacek, Dynamo and Astana – review of the week

Pre-season preparation is well underway, optimism abounds and all over the KHL, players, coaches, officials and fans are looking forward to an exciting and successful season. In Moscow, Dynamo invited the media to see how the club is overcoming its summer crisis; in Cherepovets, Slovak goalie Julius Hudacek is dreaming of the Olympics; in Kazakhstan, plans are well underway for next year’s All-Star Week. All that, and the early pre-season action too. You’d hardly believe it’s still July …

It’s been a difficult summer for Dynamo Moscow. Changes in the management structure at Russia’s oldest club resulted in almost every player becoming an unrestricted free agent, with many influential figures leaving the club. The pre-season preparations were abruptly amended; the traditional summer camp in Pinsk, Belarus, was cancelled and all activity was moved to Moscow.

But now the Blue-and-Whites believe that the worst is over, and they are ready to compete next season. At an open training session last week, incoming head coach Vladimir Vorobyov and summer signing Mikhail Anisin spoke about their hopes for the coming campaign.

Anisin is back for a second spell at Dynamo after his blistering form in the 2012 playoffs helped then head coach Oleg Znarok to win his first Gagarin Cup. Back then, the hockey world was at his feet, but the dynamic forward seemed to trip over, stumbling from club to club in search of his best form. The prospect of a return was a no-brainer, he explained … and he’s determined to deliver the goods.

“The first time I came back to [Dynamo’s base at] Novogorsk, I felt like I was back in my first home,” the forward said. “I didn’t need to think about the offer, it all happened really quickly and there were never any problems.

“In my last 20 games, I’ve only managed two assists. Of course, that’s on me. There’s no point trying to look at other people. I needed to learn from my mistakes; I think I’ve done that and going forward we’ll see the results.” 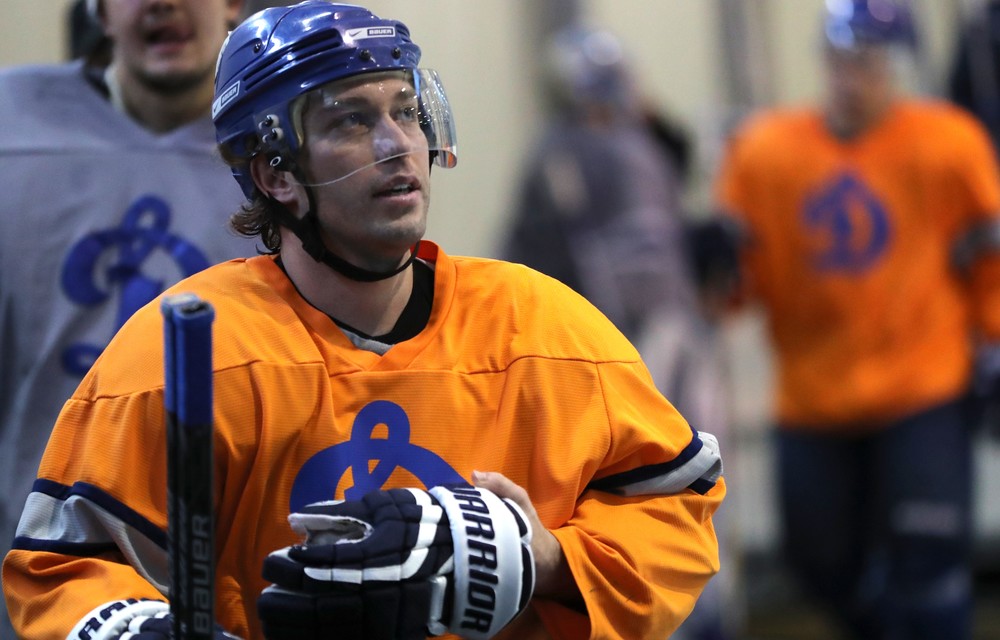 Vorobyov, meanwhile, insists that the team-building process is still on-going, despite celebrating the signings of Juuso Hietanen, Gleb Koryagin and former Barys star Dustin Boyd. He’s looking to reach an agreement with Alexei Tereshchenko, one of the team’s leaders last season, and was bullish about his team’s prospects in the coming season, despite Dynamo’s difficult summer.

“If you don’t aim high, why bother?” he said. “We’ll battle, we’ll take it seriously. We have good goalie, a reliable defense. I think we’ll need some work on offense to get a good mix of youth and experience but things are already better than they were a couple of months ago.”

Six months ahead of the 2018 All-Star Week, the KHL and the event organizers in Astana, Kazakhstan, have unveiled the logo for the big event. The design, inspired by the blue and yellow national colors of Kazakhstan, incorporates the contemporary skyline of Astana – one of Asia’s most modern cities – within the outlines of the yurt, the traditional dwelling of the ancient nomads of the Kazakh steppe.

Slovak goalie Julius Hudacek only managed one appearance in his previous stint in the KHL. That was with Sibir in 2013, where things just didn’t work out for him. Now, though, the netminder is back in the league, replacing Jakub Kovar at Severstal.

In an exclusive interview with KHL.ru last week, the Slovak international explained why moving from Orebro to Cherepovets can help him forge into his country’s Olympic roster. He also spoke about the exciting challenge of playing in “the best league in Europe” … and hinted at some new high jinks in his famous post-game ‘Huda-show’. 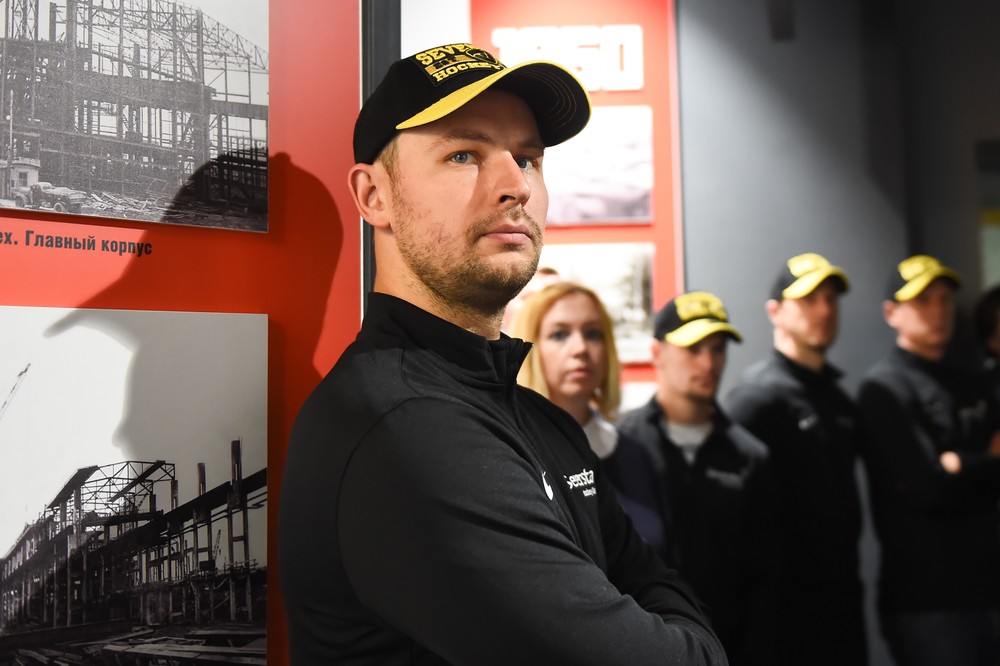 Goalie Stepanek, best known for spells with SKA and Severstal, joins from Lukko, in the Finnish League. Mikus, who once played on the same team as his namesake at Lev, is back for a second stint in Bratislava after also appearing for Lokomotiv. He spent last season with Olomouc in the Czech Republic. Finally, defenseman Svarny makes a swift return to Slovan after leaving towards the end of last season for Karpat in Finland. 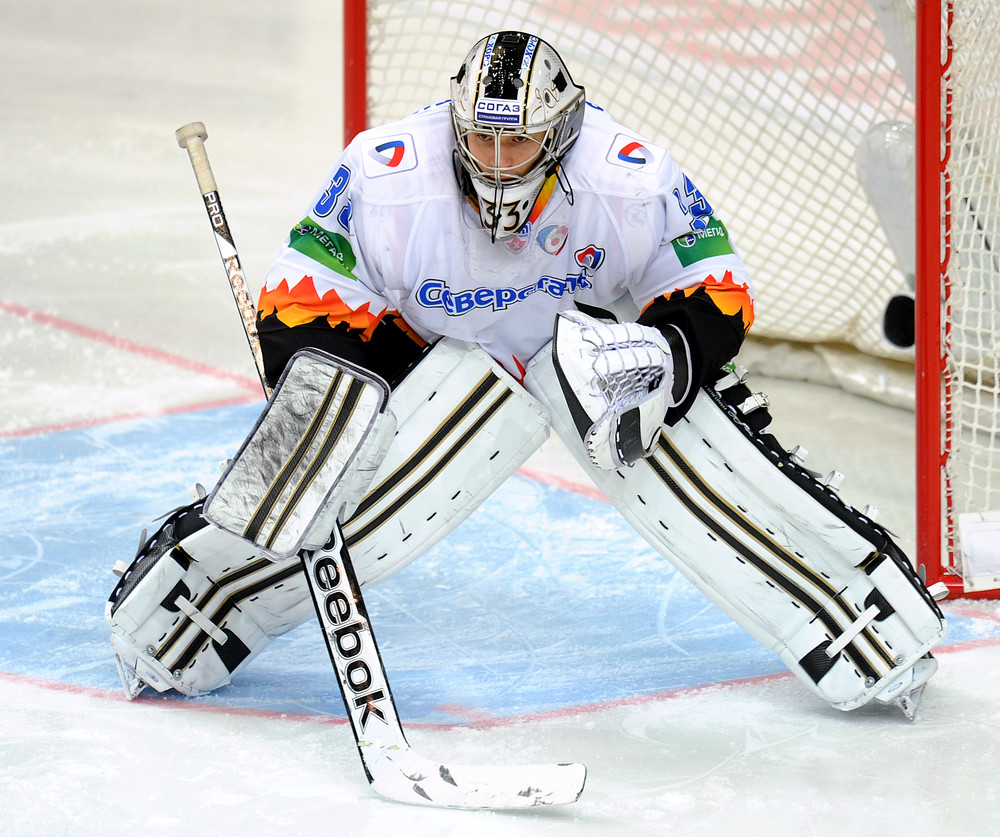 For Igor Zakharkin, a coach who once ruled the hockey world in tandem with Vyacheslav Bykov at the helm of Team Russia, a pre-season scrimmage in provincial Belarus might seem a little tame. Having left Salavat Yulaev at the end of last season, Zakharkin is now with Ugra. From the outside, it may seem like a modest position, but Zakharkin is still demanding total commitment from his players, even in a warm-up game.

At Neman Grodno, the Belarusian champion, he saw his team recover a two-goal deficit to tie the game and win in a shoot-out. Immediately, he urged his charges to do more. “I could see that some of the tactical work we’ve been doing over the last two weeks was put to good use on the ice. However, I did not like the fact that we spurned a lot of the scoring chances we created. When you play in the KHL, if you don’t convert such chances into goals, you get punished.”

Mike Keenan, meanwhile, had no such worries after his first game with Kunlun Red Star. Up against a Select roster of players from the Austrian and German leagues, he saw the Chinese team romp to an 8-0 victory. There was a strong Chinese accent to the scoring as well, with two goals from Rudi Ying and further markers from Zach Yuen, Jaw, Brandon Wong, Brett Bellemore, Ethan Werek and Roman Lyuduchin. 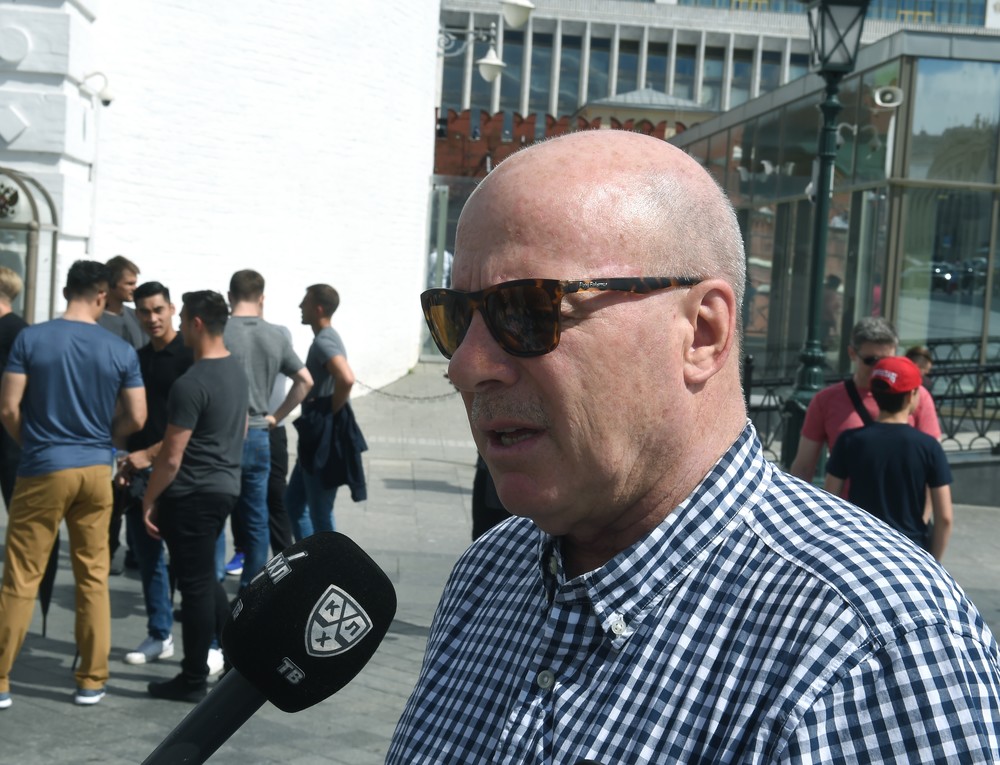