Two sporting legends hit the KHL headlines last week – one from the league’s own illustrious history and another from the world of soccer. Elsewhere, there was bullish talk from CSKA as pre-season got underway, while plans were announced for Canada’s Olympic roster to get a run-out in Moscow in December.

Ak Bars might just have pulled off the KHL’s biggest trade of the summer. The Kazan team has recruited Danis Zaripov, a four-time Gagarin Cup winner. Chelyabinsk-born Zaripov spent 12 seasons with Ak Bars from 2001-2013, winning the Russian Superleague in 2006 and contributing to back-to-back Gagarin Cup triumphs in the first two KHL seasons. In four seasons with Metallurg Magnitogorsk he reached three more Gagarin Cup finals, winning two of them.

The 36-year-old, whose last goals for Metallurg came, ironically enough, in the Conference Final victory over Ak Bars, was delighted to be back in Kazan, where he expects a serious push to win the cup that has eluded Ak Bars since 2010.

“This is a good organization and a team that always aims high and battles to win the cup each year,” he told Ak Bars’ official website. “That’s what encouraged me to come back. My home is here, my family is here, we’ve already moved everything back. I can say that I have everything in Kazan.” 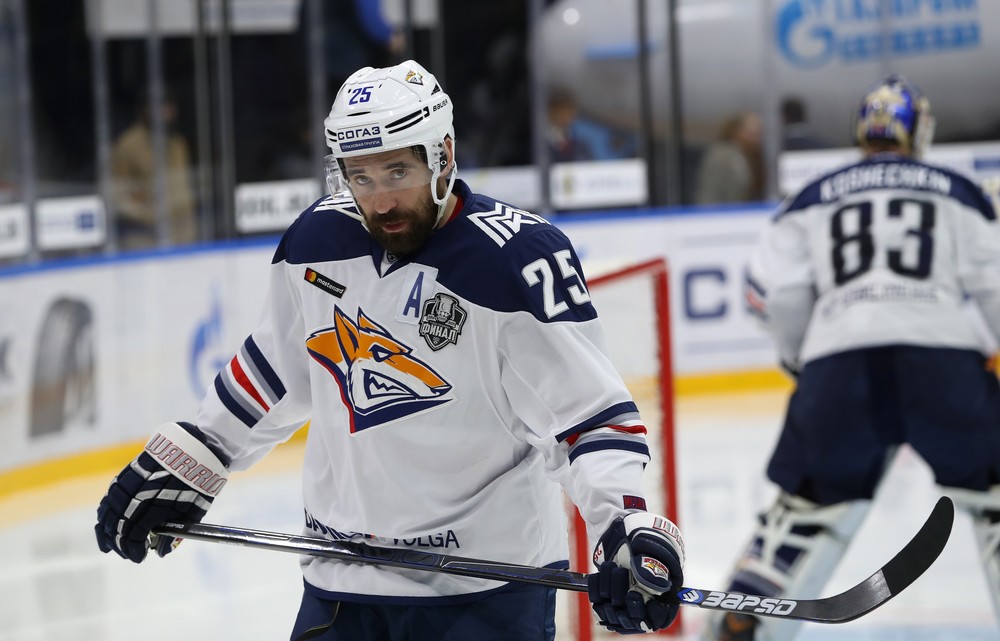 The holidays are over for the KHL’s players and team staff. Summer camp began with the usual round of medical checks and fitness drills, while CSKA opted to break the monotony by holding an open training session for the media.

Club president Igor Yesmantovich told reporters that CSKA had fulfilled its plans to bring Russian players back from the NHL with the signings of defenseman Nikita Nesterov (ex-Montreal and Tampa Bay), Mikhail Grigorenko (a CSKA youth product who spent last season with Colorado) and Roman Lyubimov (back in Russia after a year with Philadelphia). He also swatted away rumours that stellar forward prospect Kirill Kaprizov, a summer signing from Salavat Yulaev, might cross the Atlantic after this season. “He’s staying in Russia for three years,” Yesmantovich said.

Lyubimov, whose time with the Flyers did not go as smoothly as hoped, explained why he was eager to return to Moscow. “If I had another year like last year …” he began. “I didn’t always make the team, and if I did I had maybe five or seven minutes on the ice. It’s hard to get any kind of form in those circumstances. Of course, I worked hard, but it’s tough without game time.

“Even so, I don’t have any regrets. I saw everything and now I understand what it takes to play in the NHL. I wouldn’t rule out going back in the future.”

Head coach Igor Nikitin, newly installed in place of Dmitry Kvartalnov, is aware that the stakes are high for CSKA. Yesmantovich has stated clearly that nothing less than lifting the Gagarin Cup will suffice this season. The coach agreed that second place represented failure, and rated his new-look roster as one of the best in the league.

CSKA’s Moscow rival Dynamo is still resolving issues around player contracts. The KHL and the Russian Hockey Federation reviewed the status of the Blue-and-Whites’ 42 players and ruled that, due to the failure of the club to meet its contractual obligations, every player would be granted unrestricted free agent status. Klim Kostin, a first-rounddraft pick for the St. Louis Blues, is among the affected players. Soon afterwards, players started moving on: Maxim Karpov went to SKA, Denis Kokarev to Salavat Yulaev, Ansel Galimov to Avangard and Mat Robinson to CSKA. Two of the club’s youngsters, Ilya Baranov and Artyom Fyodorov, also headed to Ufa 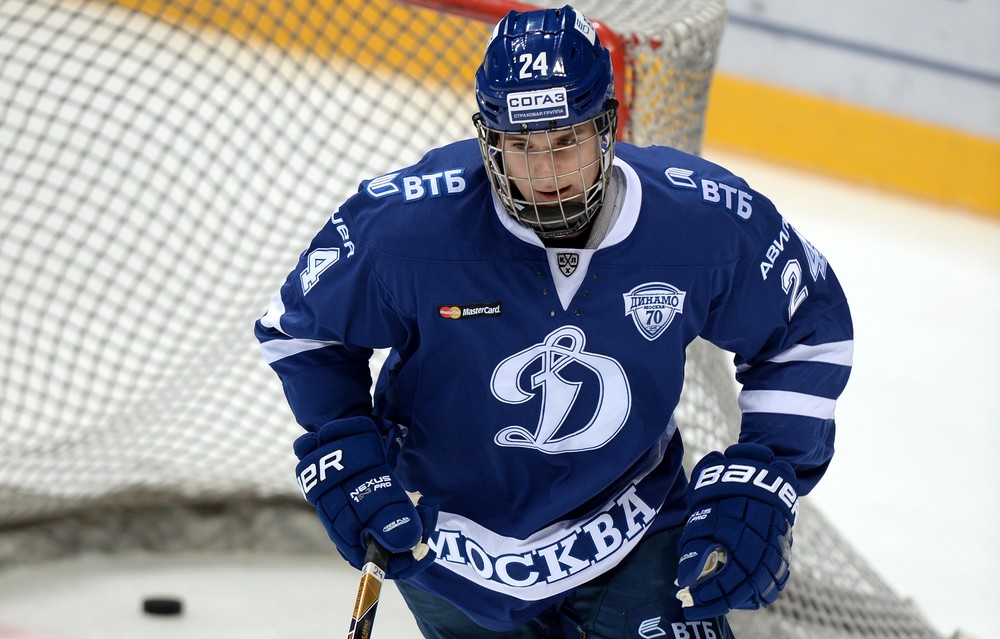 The Canadians are coming!

One of the biggest rivalries in international hockey is set to hit the Moscow ice in December following Canada’s agreement in principle to take part in this year’s Channel 1 Cup. The Canadians, whose last trip to Moscow ended with World Championship gold medals in 2016, are looking to use the tournament to run the rule over their Olympic prospects in the build-up to PyeongChang. As well as sending a roster to Russia, the team is also preparing to compete at the Karjala Cup in Finland and the Spengler Cup in Switzerland.

The Olympic theme at the Channel 1 Cup continues with a historic appearance from Korea, Russian Hockey Federation director Dmitry Kurbanov told championat.com. The host of the Winter Games is also keen to take part in what would be the country’s first ever top-level hockey competition. The two newcomers are set to join their Russian hosts and three Eurohockey Tour regulars, Sweden, Finland and the Czech Republic. 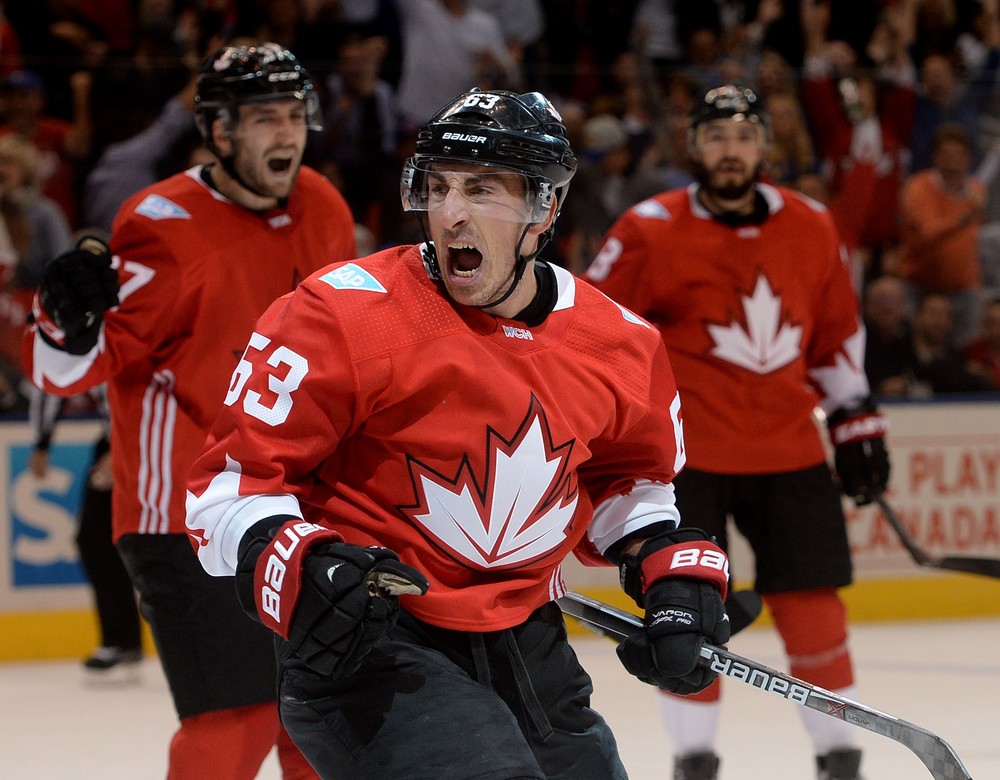 And finally … a whole new game for Maradona

Argentina is far better known for its soccer than its hockey – but that didn’t stop football legend Diego Maradona hitting the ice last week. The 1986 World Cup winner visited St. Petersburg for the recent FIFA Confederations Cup final, and fit in a quick trip to last season’s Gagarin Cup champs at SKA. Maradona took to the ice – albeit in shoes rather than skates – as he donned a team Russia jersey and got to grips with a puck rather than a ball.

As for hockey in Argentina, it still has some way to go to catch up in the soccer-mad South American country. But the game has a stronghold in the city of Ushuaia, on Tierra del Fuego, and the country sent two teams to the recent Panamericano in Mexico City. The ‘A’ team finished fourth in a tournament of Latin American nations. 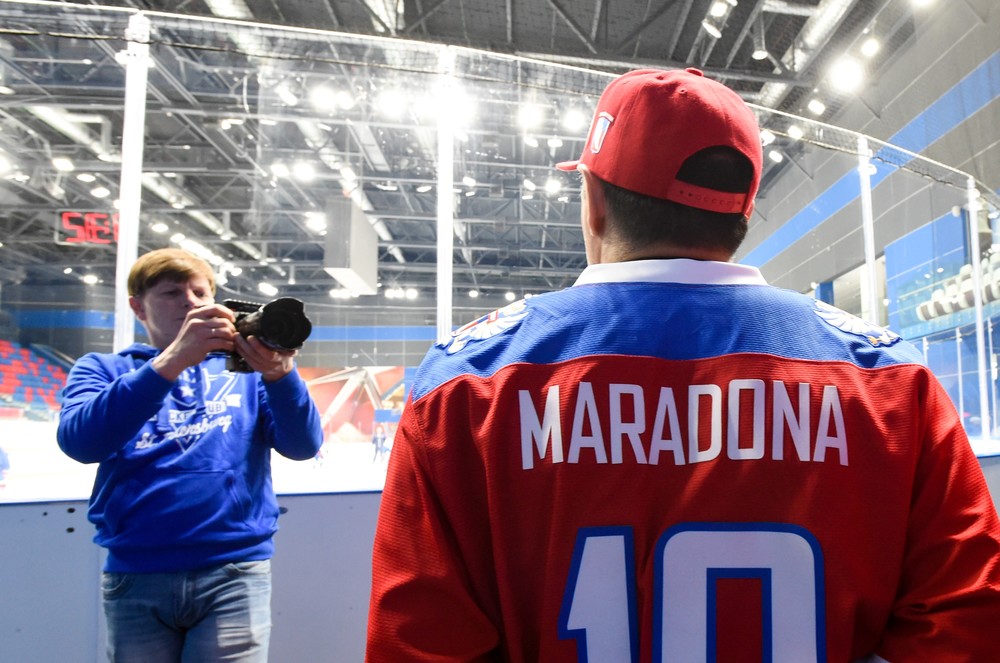